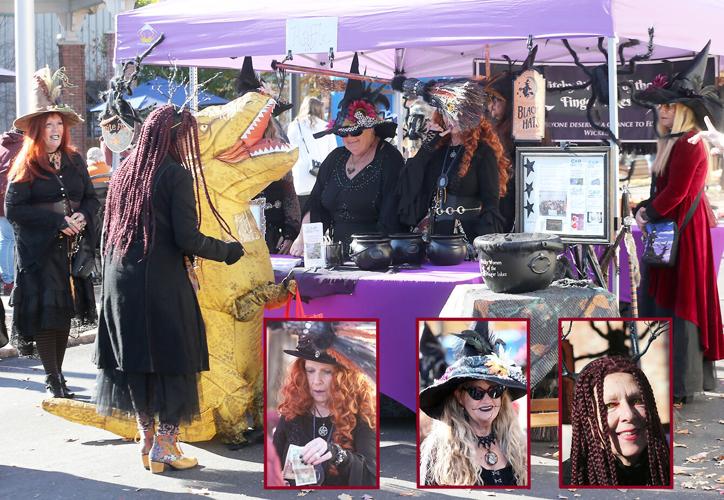 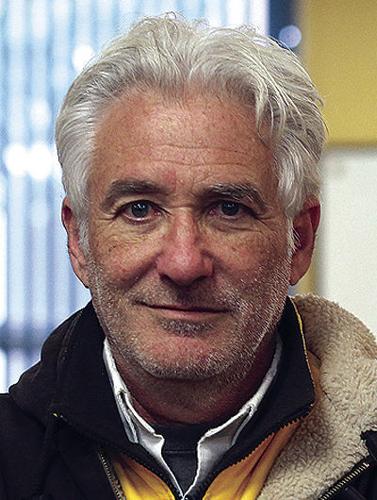 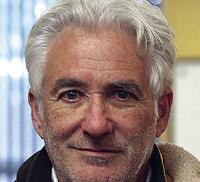 If you looked at the accompanying photo and thought “What’s with the witches? Halloween has already passed,” I totally understand.

The reality is the Witchy Women of the Finger Lakes is a group of women volunteers who get together year-round, not only to entertain, but to empower women and help domestic violence survivors. It is a non-profit that raises funds that go to organizations that deal with domestic violence issues.

Close to two-dozen gals are members of the Witchy Women, but the number varies as to who performs at individual events, such as the recent Fall into Canandaigua — which is where I first encountered the group a few weeks ago.

There are many groups like them that exist worldwide. This one is relatively new, having begun in 2019. They have about seven choreographed numbers based on the traditional witches’ dance, or Wolfshäger Hexenbrut (in English: The Wolf Hunter’s Coven) from Germany.

The Auburn-based witches practice weekly. As mentioned prior, they perform year-round at locales that range from as far west as Buffalo to as far east as Rome — New York, not Italy. Including parades, festivals and book-signings, their annual event appearances total about 25.

As one could imagine, the women have a great deal of fun socializing with one another, interacting with spectators, and dancing. Videos of some of their dances can be found on YouTube.

Though some might find the image of a witch as evil, that is not the case here. They are a family-friendly group and are not risqué or satanic in any way.

Members range in age from the 30s to one 74 year-old. Some have made their own outfits; others are purchased. Each seems to have a distinctive look, as evidenced by the inset photos.

In the summer, the group practices at Owen Orchards in Weedsport, where they also perform at that site’s fall festival. The owner of the farm provides a tractor and trailer for the witches when they dance during parades.

The Witchy Women take inspiration from German dance groups, whose original choreography they follow. However, the sum and substance of what they do is aimed at raising awareness about domestic violence issues while, at the same time, having some lighthearted fun.

One of the beneficiaries of their fundraising is the Community Action Programs Cayuga/Seneca, or CAP. The agency’s mission is to cultivate a community where all people are respectfully supported and empowered to embrace opportunities for learning, growth, and economic security.

CAP is a place where victims of domestic violence are protected and respected. All information is confidential, and victims can be counted on to be treated with the utmost discretion and dignity. It is a place of non-judgment.

Anyone currently in a situation where this organization can help should call 315-539-4313 (in Waterloo) or email questions@caphelp.org.

And, anyone interested in joining the Witchy Women can email dkoc8144@gmail.com.

I have no idea how many times over the years I have written the phrase “times are tough” in this column, but it is many. And, as the holiday season approaches, prices seem to still be on the rise. You may be quite shocked when you look at the prices this year when/if you purchase a turkey.

The newspaper business is not immune to inflation, along with the rise in costs of materials to publish daily. The increase in the price of newsprint alone has been nothing short of astronomical.

One of the beautiful things about working at the Finger Lakes Times is there are few jobs that not only allow you to read the paper on the clock, but encourage it. It is important to stay current on news/sports, and to know what advertisers are supporting us and what they are offering to the public.

With that said, getting a free newspaper each day made me realize I had no idea what subscribers pay. Sure, rates increase at times, but one thing I found out was interesting: The digital subscription for the Finger Lakes Times will cost you exactly 63 cents per day. The weekend edition will cost you … only 63 cents! Compared to the newsstand price, I dare say that is the deal of the century. If interested, call Jeff Bacon at 315-789-3333, ext. 234.

Community Giving, the Finger Lakes Times' annual special section highlighting volunteers and non-profit agencies in the four-county area, will be included with the Dec. 3-4 weekend edition.