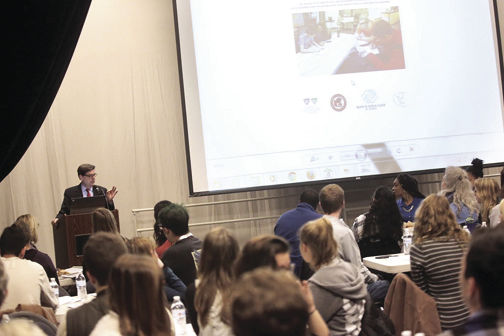 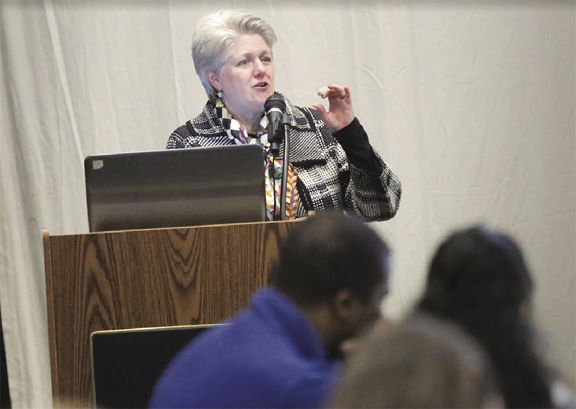 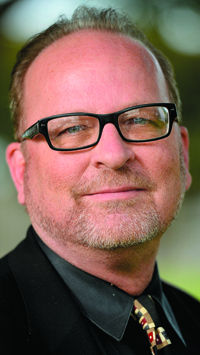 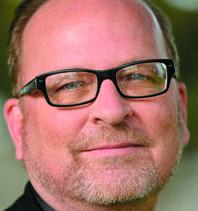 Chris Lavin is the executive director of the Boys & Girls Club of Geneva and the Geneva Community Center.

GENEVA — Last Monday night, with a snow and ice storm threatening, two City School District buses pulled up near the Gearan Center for the Arts on the Hobart and William Smith Colleges campus.

Quickly streaming on board were 75 students heading off to join an ambitious public/private effort that is pulling a record number of HWS students across Hamilton Street each week to a project using hearts, minds and technology to improve the lives of Geneva’s children.

Minutes later the bus arrived at the Geneva Community Center on Carter Road. Waiting for them were the entire staff of the Boys & Girls Club of Geneva, several Geneva City School District teachers, a number of college professors, school Superintendent Trina Newton, HWS President Mark Gearan and his wife, Mary.

Over a classic Club 86 dinner of pasta and chicken, this consortium, meeting in one place for the first time, spent the next two hours talking strategies for inspiring kids both academically and personally. Some of the talk was about technology, process, the challenging Common Core. Some was about making a connection, consistency, understanding the complexity of young lives.

Starting Monday, more than 120 tutoring sessions each week will bring some of America’s best college students into daily contact with Geneva kids who, it is hoped, will benefit from both the academic guidance and the intangibles that occur when successful, ambitious young adults mix with those who hope to be the same one day. Both the makeup of this consortium and the scale of the commitment stands as one of the tangible achievements of the Geneva 2020 program launched a few years back in this city and may now represent a turning point for the Boys & Girls Club itself.

Watching this evening unfold, it was hard not to have a better feeling for the unique strengths of Geneva. College students mixing with younger kids. Boys & Girls Club staffers, who mentor kids every day, guiding their charges into new relationships. City School District teachers, in the background, coaching the tutors, sharing homework assignments via email. Three institutions — HWS, the city school district and the Boys & Girls Club — trying something new in lives where success often has been elusive.

Given its scale, it was not surprising that this effort brought both Gearan and Newton to encourage this new HWS Tutor Corps, as it is being called. Gearan’s 17-year presidency has been in many ways defined by his and Mary’s effort to get what had been an insular, liberal arts institution to embrace its city as a laboratory of learning and service. He has funded an office of Community Engagement and Service Learning at HWS that has become a model for efforts of its kind.

Newton has brought bilingual education to our elementary schools and also has quietly worked to support community efforts aimed at supporting “her kids,” as she refers to all district students. Her efforts underway to develop individual learning plans for each Geneva student are ambitious and innovative as well.

Both had kind words for these tutors’ willingness to complicate their own college lives with this effort and both Gearan and Newton acknowledged the Boys & Girls Club’s ambition to better support academic achievement among Geneva’s children.

This Tutor Corps effort is part of the 21st Century grant that encourages school districts and their partners to find alternative ways — largely away from the school day — to augment educational efforts, particularly among kids not thriving in traditional educational environments.

For Geneva’s Boys & Girls Club this has meant re-thinking its programming, using its daily “Power Hour” to bolster literacy efforts among its younger grades and to supply both motivation and help for older students as they move into more challenging middle and high school environments. We have injected coding classes, 3-D printing, culinary classes into our members’ afterschool choices and we have plans, in 2017, to plant and operate a student-run vineyard that will give our members real-life marketing, bookkeeping, accounting and grape production lessons from vines grown on our own lawns.

These efforts — and having so many college students visit every day — are our attempt to “flood the zone” among kids whose needs often go beyond pure academic support.

So throughout this spring term, buses and cars will ferry college kids each weekday to both the club’s Goodman Street location (grades 1 to 4) and to Carter Road (grades 5 to 12). Tutors and students will pair up, do homework or work on study skills for an hour, and, when they can, share details of their days and lives.

These new efforts are getting noticed and, in fact, are open to anyone wanting to join the Boys & Girls Club. The Geneva community has been increasingly supportive, producing a jump this year of more than 20 percent in the annual giving that is the lifeblood of this private organization.

Hobart and William Smith professors are helping us develop ways of tracking the gains that must come to defend these efforts. And our major donors have joined our individual givers in helping us try and build the steady resources we need to fuel these bolder efforts.

For the first time in several years, the club ended its 2016 fiscal year with a surplus. We are in no way rich, but our funding and giving had more than matched our spending — even in this ambitious year.

And on the penultimate Friday in December, a text message was received inviting us to a breakfast at 6 a.m. Dec. 24 in Canandaigua.

Seated at the small diner table on this early Christmas Eve morning was Dan Alexander, once a Boys & Girls Club kid from a tough Buffalo neighborhood. He credited the club with saving his life and launching what has become a stellar surgical career.

Dr. Alexander explained that he had sold his Finger Lakes Bone & Joint practice, and he wanted to give us some help. He offered a hand-written check that almost doubled our endowment — which would now surpass half a million dollars. For the organization, a nice shot in the arm. For the kids of Geneva, a Merry Christmas.

Chris Lavin, a former Finger Lakes Times reporter, is the executive director of the Boys & Girls Club of Geneva and its Geneva Community Center. He can be reached at chris.lavin@genevabgc.org.