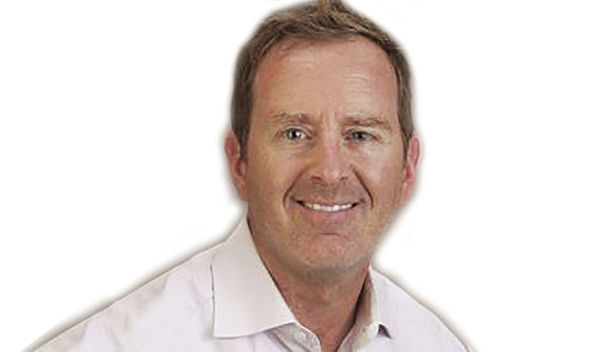 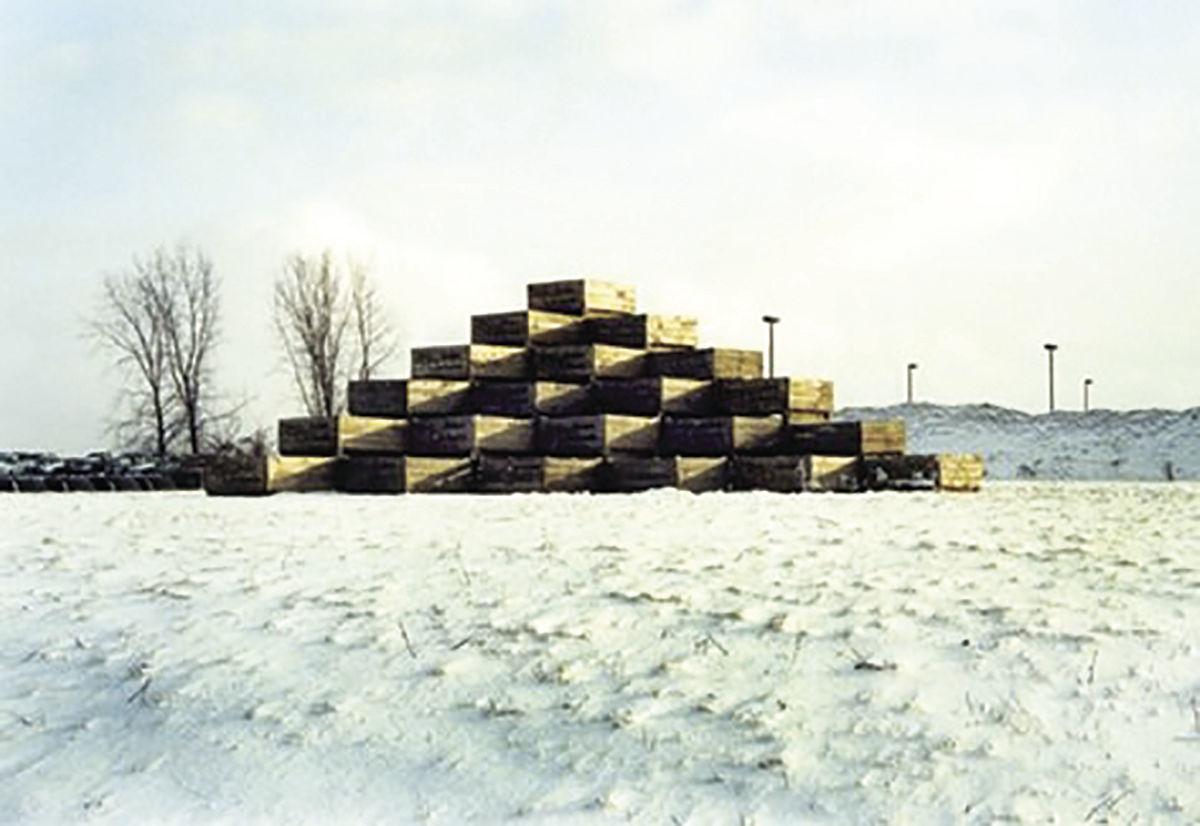 JJ Nicholson studied briefly at Cornell in the graduate landscape architecture program and enrolled in an elective course for sculpture under Roberto Bertoia. While there he was considered for a possible sculpture installation to be built. He dropped out, however, but built it in Geneva a few months later, at the site on Berry Fields Road where the Dollar Tree is now. Called ”Commescher,” it was inspired by the work of artist Robert Smithson. 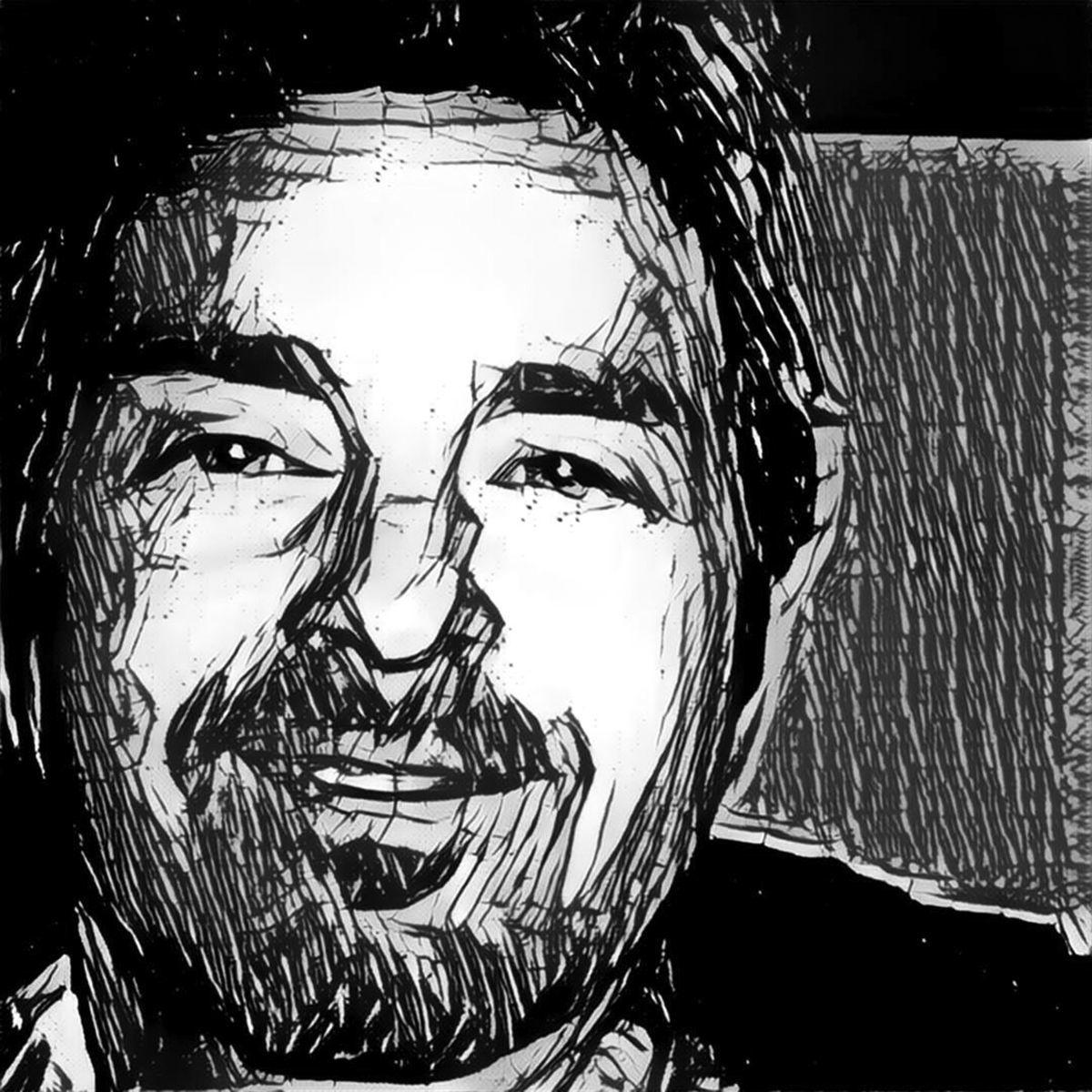 An abstract image of JJ Nicholson

JJ Nicholson studied briefly at Cornell in the graduate landscape architecture program and enrolled in an elective course for sculpture under Roberto Bertoia. While there he was considered for a possible sculpture installation to be built. He dropped out, however, but built it in Geneva a few months later, at the site on Berry Fields Road where the Dollar Tree is now. Called ”Commescher,” it was inspired by the work of artist Robert Smithson.

An abstract image of JJ Nicholson

(Editor’s Note: While last week’s announcement that BJs in Geneva would be closing Feb. 1 meant, to many people, the end of the line for a valued shopping spot, it brought back a flood of memories of a different sort for 1988 Geneva High grad JJ Nicholson).

“I think a lot of things will be self-correcting, even in America. After all, human societies are essentially self-organizing emergent systems. The catch is, how much disorder will we have to endure while this re-self-organizing process occurs.”

In my opinion BJ’s wholesaled a lot of things I don’t think lasted as long as they should’ve. But who’s counting? Now, what will become of this Geneva behemoth of what a local wholesale club chain store represented? And, wasn’t this the company (that which was the inspiration to all superstores) supposed to be part of the community? When I think “superstore,” I always go back to the memory of the first BJ’s Wholesale I visited in Salem, N.H. in 1988. Here, it seemed possibilities were endless.

In my early 20s, I recalled the BJ’s Wholesale development and the clearing of its site. While going to college in Boulder, Colo., from 1993-95, summers were spent selling fruit in New York City for Red Jacket Orchards. About that same time BJ’s Wholesale Warehouse was built in the town of Geneva, connected to Routes 5&20 by a new road called “Berry Fields.”

Construction started on BJ’s in 1993 (after a recession in the early 1990s). Soon after, I heard a speaker at the 1994 NYC Greenmarket annual dinner — a writer by the name of James Howard Kunstler. The impact of this event on me was immediately influential, and I quickly purchased and read one of his best known works, “The Geography of Nowhere.” According to a Wikipedia interpretation of the book, Kunstler’s work examines the effects of suburbanization and how suburbia has ceased to become a credible habitat for humans. The book became Kunstler’s best known. He also recommends civic art as a means to remedy the suburban situation. Reading this perhaps helped explain the scale of what was happening around the BJ’s site back home. It helped inform my cognizance of civil planning in the early ’90s and pushed my aspirations toward civic art. I was lucky enough to have emailed him years later, and we exchanged a few messages. I described that I knew the BJ’s site all too well and I related to what he wrote about.

In 1995 I transferred from the University of Colorado to an art school in NYC, SVA (School of Visual Arts), because I wanted to focus more on both furthering work in Greenmarket (through my family’s farm) and developing a voice as a conceptual artist — through a sculptural language.

After I graduated in 1997 I set out to have a subtle diatribe using visible large stacks of crates, arranged in geometric patterns, left out in front of the BJ’s and exposed to elemental effects. Some of these remained there for several months. The message was something dystopian, I’m certain of it, but there also was an aesthetic approach. It led to architectural behavior as well; I’m certain of that too.

Amidst the backdrop of the BJ’s parking lot, a plateau was created that I can never recover and I’m grateful in its helping create a graded plot for me, which is no longer available. I also thank BJ’s as a site specific parcel — unbeknownst to them. The work was the beginning of my conceptual work and boosted my portfolio. I landed an intern job with an architect in New Jersey because of the vernacular-suburban typologies I’d chosen. It was placed there as a reaction to the confrontation of bucolic to suburban — the plot I knew but became disordered through development. Today that adjacent land is known as Dollar Tree.

I’m not sure much has changed since then except that BJ’s will very soon be no more in Geneva.

It matters very little to me that a large store will be vacant in the town of Geneva. This happens everywhere in the United States. I doubt it matters to many other people.

But I also feel I don’t see the landscape around me the same as everyone else does.

You see, I suffer from a super disorder. I think I actually live in parallel universes and one of those does not have any suburban sprawl to it whatsoever. I guess that also makes me an optimist.

Joseph “JJ” Nicholson III lives in Canandaigua. He is a conceptual artist and freelance writer. He has recently published a master of architecture thesis from RIT titled “Center for urban ecological dialectics at Mill Street: A living building in Geneva, NY” at https://scholarworks.rit.edu/theses/10234/

What is Conceptual Art?

There is a standard definition, but for me, it’s related to a compelling artistic philosophy I’d witnessed in the work of others at the School of Visual Arts who were often concerned with non-subjective, non-aesthetic, sometimes installation or assembled forms.

Sometimes it had to do with someone’s explicit manipulation of words or a linguistic motif. Whatever the case I knew I was learning a whole new art than what I was used to. As a sculpture concentration student, observing others’ work processes could sometimes alter something I was working on. SVA was conducive to this type of exchange. These influences were noted or discussed during critiques and peer studio visits at the 30 W. 17th St. sculpture studios.

Friendships were created with the fellow students in studio classes. I’d built friendships with many of my instructors as well. SVA is home to alum greats such as Sol Lewitt, and Joseph Kosuth, noted conceptual artists. I also studied under Will Insley who was noted as a teacher of Gordon Matta-Clark and was friends with Robert Smithson, two heroes of mine. I also studied under Alice Alcock and Jackie Winsor.