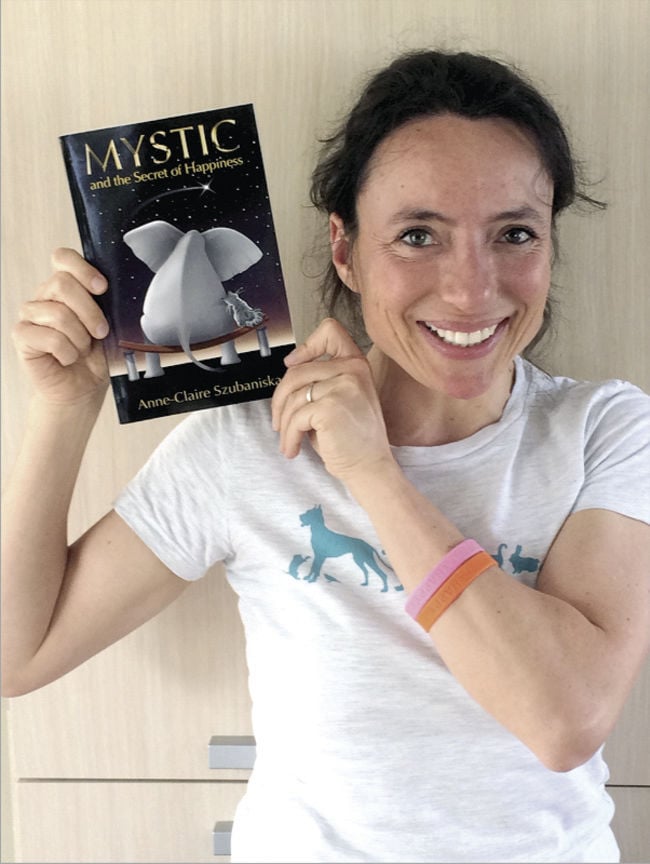 Anne-Claire Szubaniska holds her book “Mystic and the Secret of Happiness.” 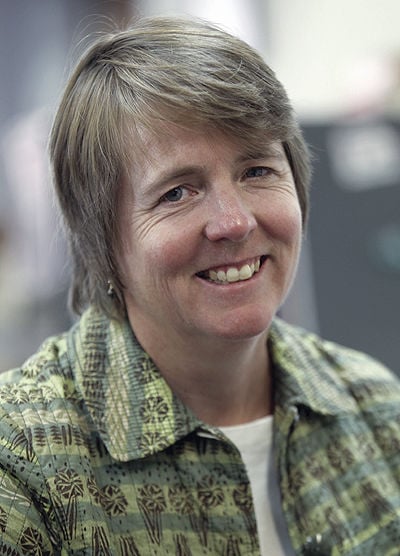 Susan Clark Porter is editor of the Sunday Life by the Lakes section.

Anne-Claire Szubaniska of Yates County has taken a circuitous path to discovering her inner happiness — and now that she’s found the way she wants to share it with others, young and old alike.

Szubaniska, who lives with her husband near Keuka Lake, recently released her first book titled “Mystic and the Secret of Happiness.” In it, she tells the story of Mystic the gray tabby cat who embarks on a search for his best friend Bumpa, an elephant, whose disappearance has left him alone and in pain.

On her website (mysticthebook.com), Szubaniska makes reference to the love and happiness her grandparents showed her during a difficult childhood.

“But when I went through teenagerhood, I lost my ability to surrender to their pure love,” Szubaniska writes. “I dwelled on the unhappy events of my childhood, becoming deeply depressed and sad.”

As an adult, Szubaniska stumbled on a self-help book that she couldn’t put down. She continued reading similar books and attending workshops on meditation as she forged her way to inner peace.

“ ... I met people who had been through the worst unimaginable events but had found a way to let them go and be happy,” she writes. “They inspired me to keep practicing until, one day, while meditating, I suddenly experienced those joyful flutters in my heart again.”

After three years of meditation practice, Szubaniska said she felt a strong impulse to share what she’d learned with children.

“I believe if I had been aware that there were ways to find happiness within me no matter what had happened to me in my outside world, my life would have been better much sooner,” she said in an email.

She started writing “Mystic and the Secret of Happiness” in September of 2015 and her first draft was finished at the end of February 2016. After months of editing, it was published last November by ACAM Publishing.

Szubaniska said the book is appropriate for children 8 and older, as well as adults. It is available at www.amazon.com and locally in five stores:

Szubaniska said she also gave free copies to the Penn Yan, Branchport, Pulteney and Hammondsport libraries, as well as to the volunteers who read to Penn Yan Elementary students.

She noted The Crooked Lake Mercantile in Branchport has asked if she would be willing to do a book signing this summer, but a date has not yet been determined.

As an animal lover, Szubaniska has decided to donate 10 percent of her book sale profits to animal shelters.

Her greatest dream, she said, is for children to know that they are loved and that they can love who they are, no matter what. She hopes her book successfully imparts this message.

“I am dreaming for them to feel better about life, about themselves, even if nasty things are happening around them and to them,” Szubaniska said. “I would like them to know that they have the power to feel good, maybe not all the time, but as many times as they want to.”