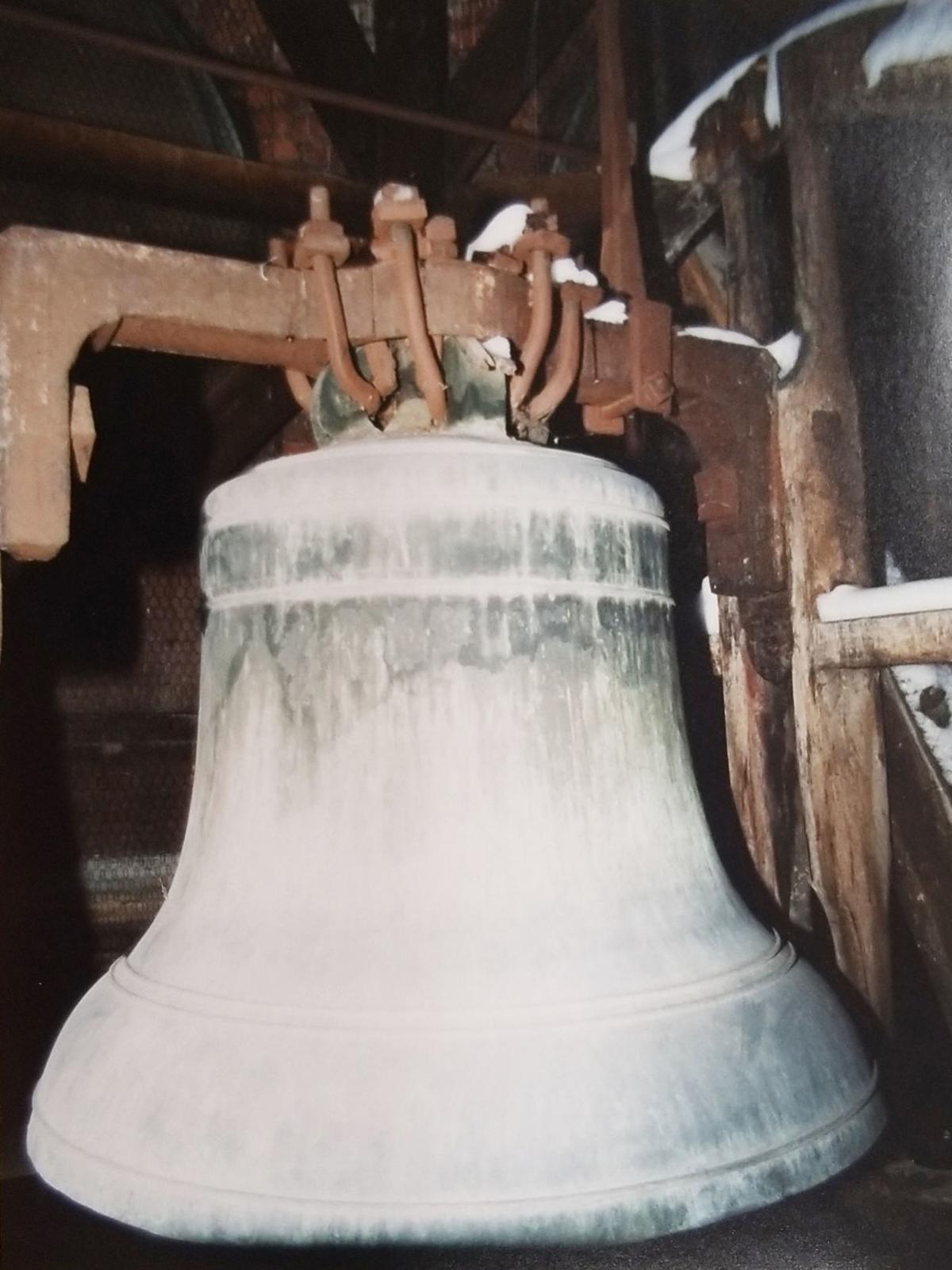 The Presbyterian Church in Geneva recently celebrated the 200th birthday of its bell, which rang at such important events as the completion of the Erie Canal and the death of President John F. Kennedy. 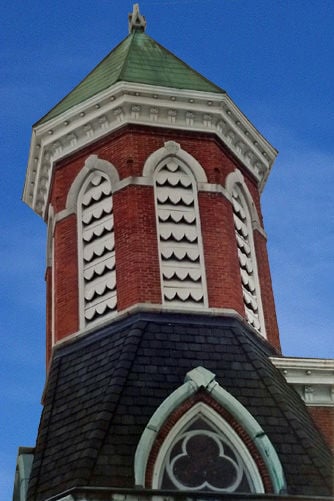 This tower houses the bell at The Presbyterian Church in Geneva. The congregation recently marked the bell’s 200th birthday.

The Presbyterian Church in Geneva recently celebrated the 200th birthday of its bell, which rang at such important events as the completion of the Erie Canal and the death of President John F. Kennedy.

This tower houses the bell at The Presbyterian Church in Geneva. The congregation recently marked the bell’s 200th birthday.

Despite the chilly temperatures of early December, the church doors of The Presbyterian Church in Geneva were flung open.

The reason? So parishioners could better hear the ringing of the church’s 200-year-old church bell.

That bell — which weighs 754 pounds and despite its advanced age has no cracks — was first rung regularly beginning on Dec. 4, 1819. According to a church history written by the Rev. Dr. J. Richard Hart, that occasion attracted interested folk from as far away as Ovid and Naples.

The church’s current pastor, the Rev. Deborah Lind, said on Dec. 8 the bell was rung at the church’s 8:15 and 10:30 a.m. services to mark the 200th anniversary of it being hung in Geneva. The church doors were opened for the congregation to better hear its pealing sounds.

In her remarks that day, Lind noted how the bell played a much more integral role in community life than it does today. It was rung regularly at 7 a.m. for work, 9 a.m. for school, noon for lunch, 6 p.m. for dinner and 9 p.m. for lights out and time for bed.

“Long before wristwatches, iPhones with clocks and alarms, people relied on sundials and church bells,” Lind wrote, later explaining that the church bell “... helped the community keep the time.”

The church bell was commissioned in 1817, the same year work on the Erie Canal began, since church leaders felt their building’s central location in Geneva offered an ideal place for it. Julius Hanks of Gibbonsville cast the bell and in 1819 it was transported to Geneva by boat along a river route (the Mohawk, Wood’s Creek, Oneida Lake and the Seneca River) since the Erie Canal was not yet completed.

In addition to helping Genevans keep track of the time, the bell was also rung on other occasions such as the completion of the Erie Canal, when General Lafayette passed through Geneva in 1825, the deaths of Presidents Lincoln and Kennedy and the end of the two world wars.

Lind said the congregation enjoyed the Dec. 8 service, which focused on bells throughout. The bell choir performed and bell choir members went around the sanctuary with their bells calling children to the children’s sermon.

“We had a whole service of bell ringing inside and outside ... people loved it,” she said.

Celebrating the bell’s 200th anniversary also dovetailed nicely with the Christmas season, said Lind, referring to the lyrics of Carol of the Bells:

Hark how the bells,

All seem to say,

To young and old,

Meek and the bold.

That is their song

She noted both the bell anniversary celebration and the children’s pageant were well attended — “a very hopeful sign.”

“It’s good to celebrate our past and our future,” Lind said.