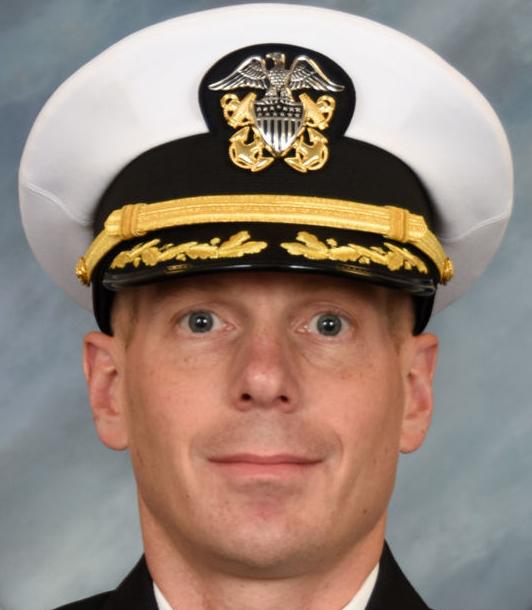 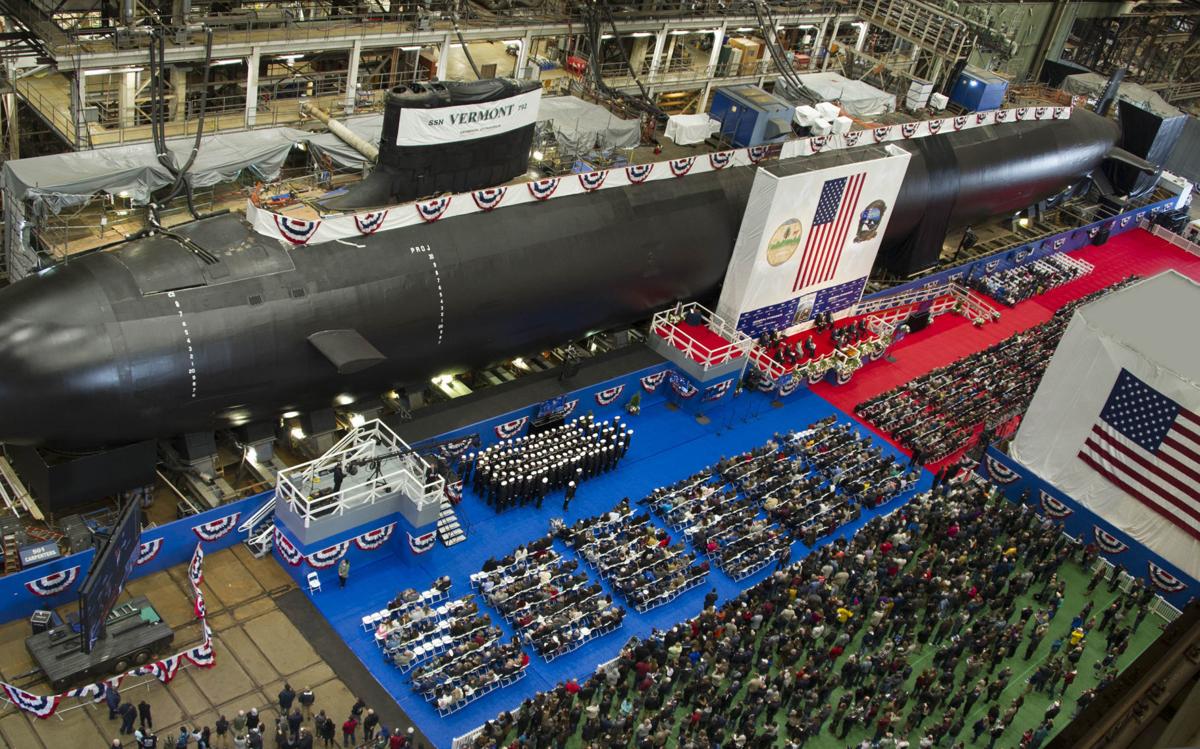 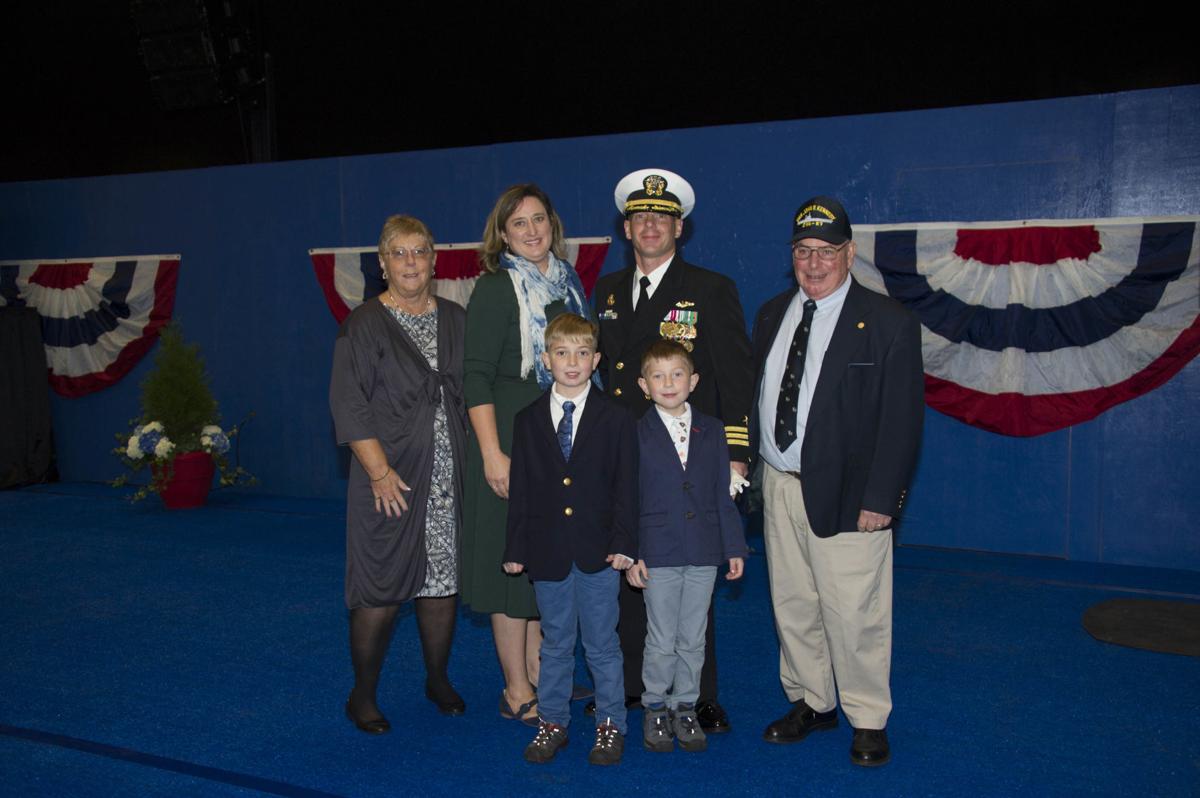 Today, at age 42, he’s commander of the USS Vermont — the Navy’s newest nuclear-powered attack submarine that was christened last month.

Roenke has a longtime family affiliation with the Navy. His grandfather, Henry M. Roenke Jr., was a World War II Navy veteran who served in both the Atlantic and Pacific theaters. His father, Henry M. Roenke III, enlisted in the Navy in the early 1970s. Roenke himself, a 1994 Geneva High School graduate, earned a bachelor of science degree in ocean engineering from the U.S. Naval Academy in 1998.

“Definitely growing up there was a sense that you should try to give back to your country and this is a way to do that,” he said.

Roenke’s experience with the Navy Club certainly whetted his appetite for a Navy career. He recalled trips to the Buffalo Naval and Servicemen’s Park and the Naval Reserve Center in Syracuse, as well as the highlight of that club experience — a one-week trip on the USS Boulder as it transited the Great Lakes.

He was so serious about a Navy career while still in high school that he attended a summer seminar at the Naval Academy to learn more about their program.

In August 2016 Roenke moved to Connecticut and is stationed in Groton; he lives in Waterford with his wife, Judy, and their two young sons, Henry V and Peter. As commander of the USS Vermont, he is in charge of training the sub’s 143-member crew with shore-based simulators and testing the sub’s systems to ensure they are operating correctly.

This is Roenke’s fourth stint on a sub and the first time he is serving as commander in chief.

“It’s definitely the highlight of my career so far,” he said. “It’s exciting every day to come to work.”

The USS Vermont is a Virginia class submarine and measures 377 feet long and is 34 feet in diameter. Construction on the $17.6 billion sub started in May 2014 and it was christened Oct. 20 at the General Dynamics Electric Boat facility in Groton. Roenke expects the sub will be in the water come March, head out for sea trials next summer and be commissioned in 2020.

“The big leap forward is that [this sub] is being designed and built with modular construction practices,” Roenke said, adding the sub’s three sections were built in Rhode Island, Virginia and Groton. “Up until this summer the USS Vermont was in different states.”

Other innovative advancements are a fly-by-wire ship control system, which replaces conventional manual controls with electronic ones, and the replacement of traditional periscopes with two photonics masts that contain infrared digital cameras atop telescoping arms.

And Roenke said his 143 crew members “are the ones that are doing everything.” His satisfaction comes from seeing them succeed and doing what they are supposed to do.

Sailors, he said, are a diverse crew — not only racially and ethnically but also in terms of interests.

“It really is a microcosm of American society,” Roenke said. “Every day I see aspects of … what makes them great. I’m kind of boring compared to them.”

Roenke returns to Geneva about once a year; his parents, Henry III and Lois, still live here. He was active in Boy Scouts growing up and most recently visited in June for Troop 4’s centennial celebration.

Growing up in Geneva — with its wide variety of people — instilled in Roenke the lesson of teamwork, which is vital to his career today.

“You have to learn to get along and understand everybody,” he said. “You work with people from all walks of life. … They’re all here to do the same mission and working towards it.”

Junior officer assigned to USS Cheyenne from June 2000 until June 2003. This was the first warship to launch Tomahawk missiles during Operation Iraqi Freedom.

Most recently assigned as the Military Assistant to the Deputy Under-Secretary of Defense for Policy.

PUBLIC NOTICE Please take notice that the monthly meetings of