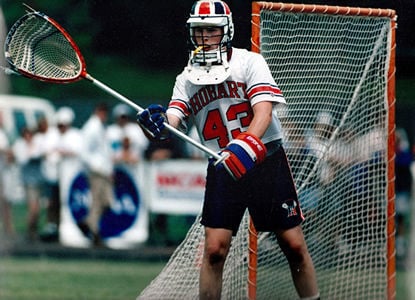 Bill Warder was an prolific scorer during his career at Geneva High School. He switched to goalkeeper at Hobart College, and enjoyed a stellar career between the pipes. 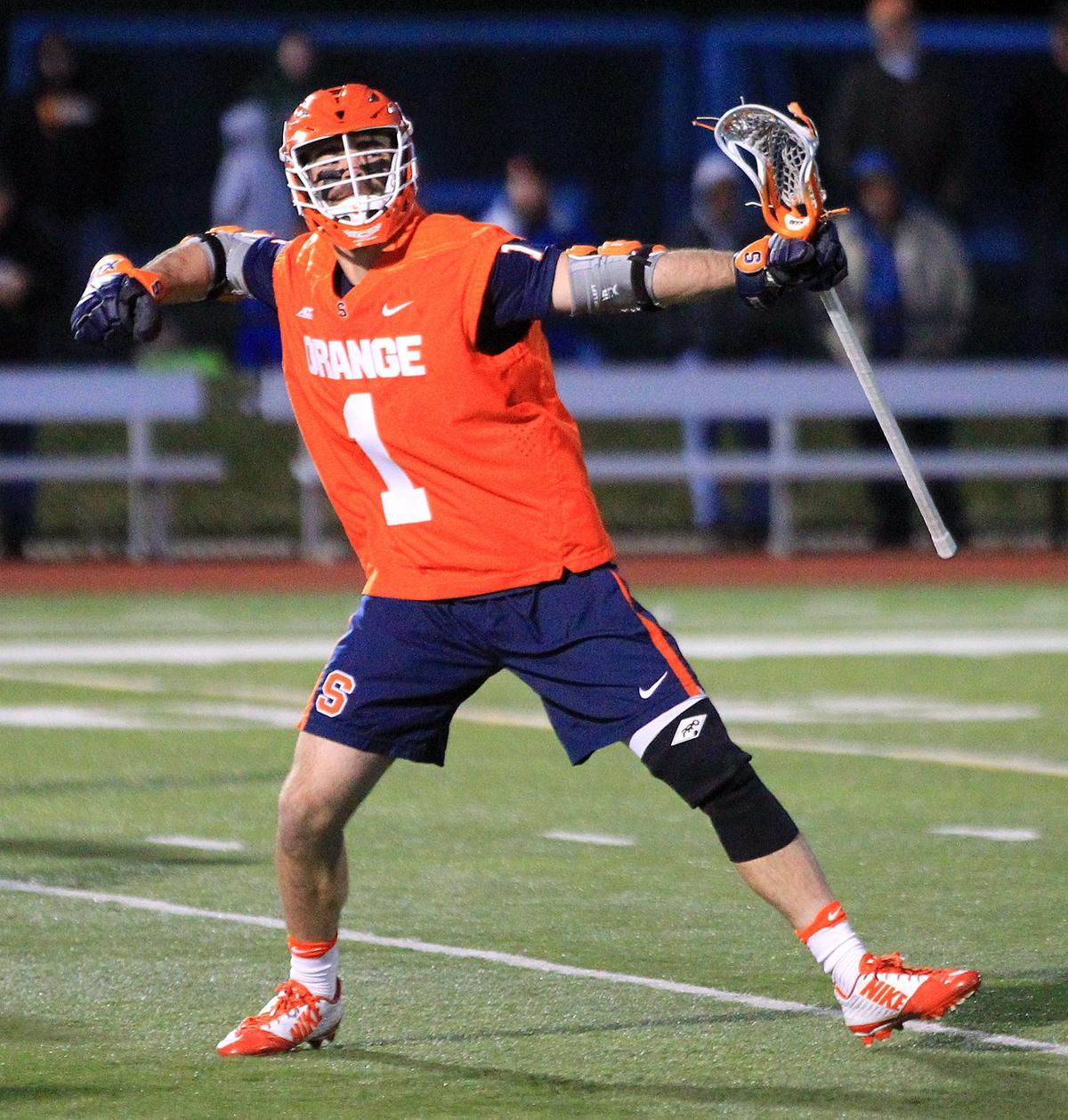 Bradley Voigt reacts after scoring a goal during Syracuse's victory over Hobart at Boswell Field in 2017. 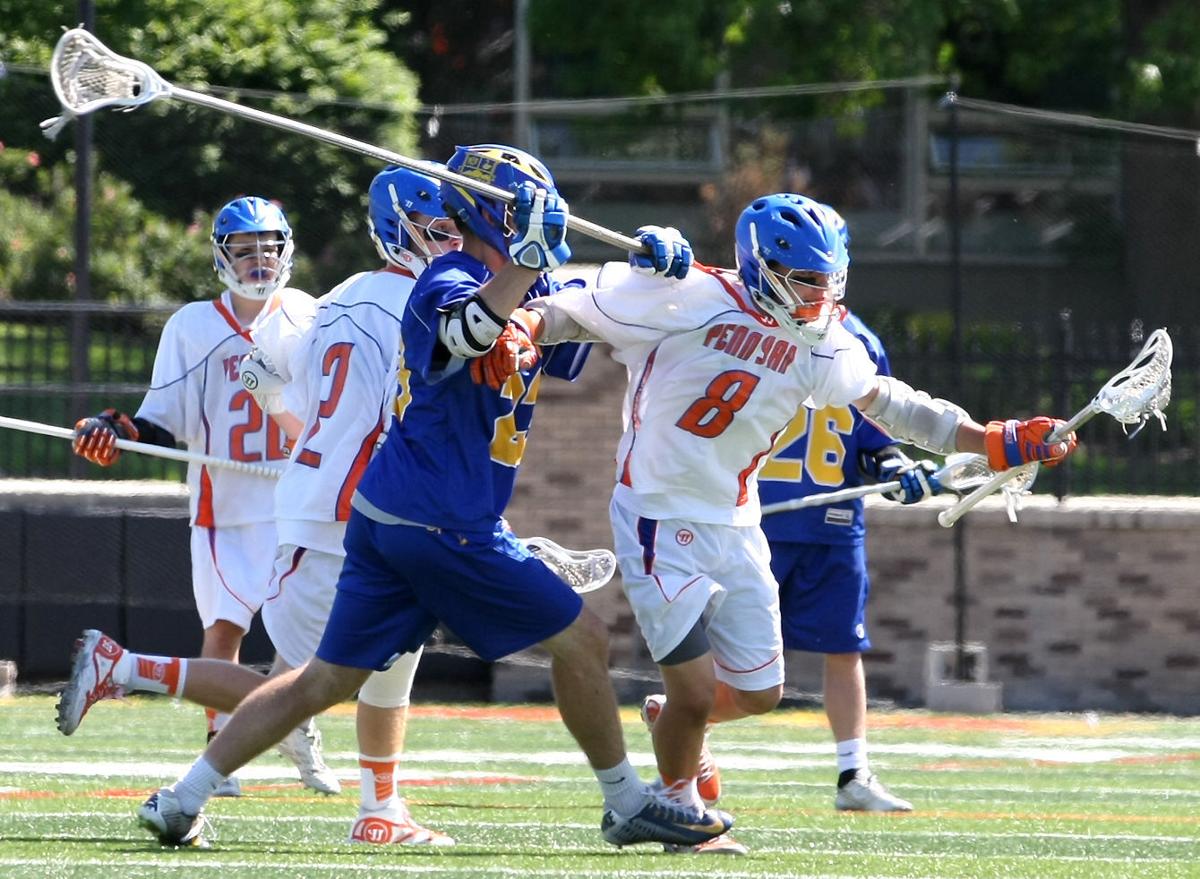 Bradley Voigt attempts to shed a Cazenovia defender during a state tournament game in high school. 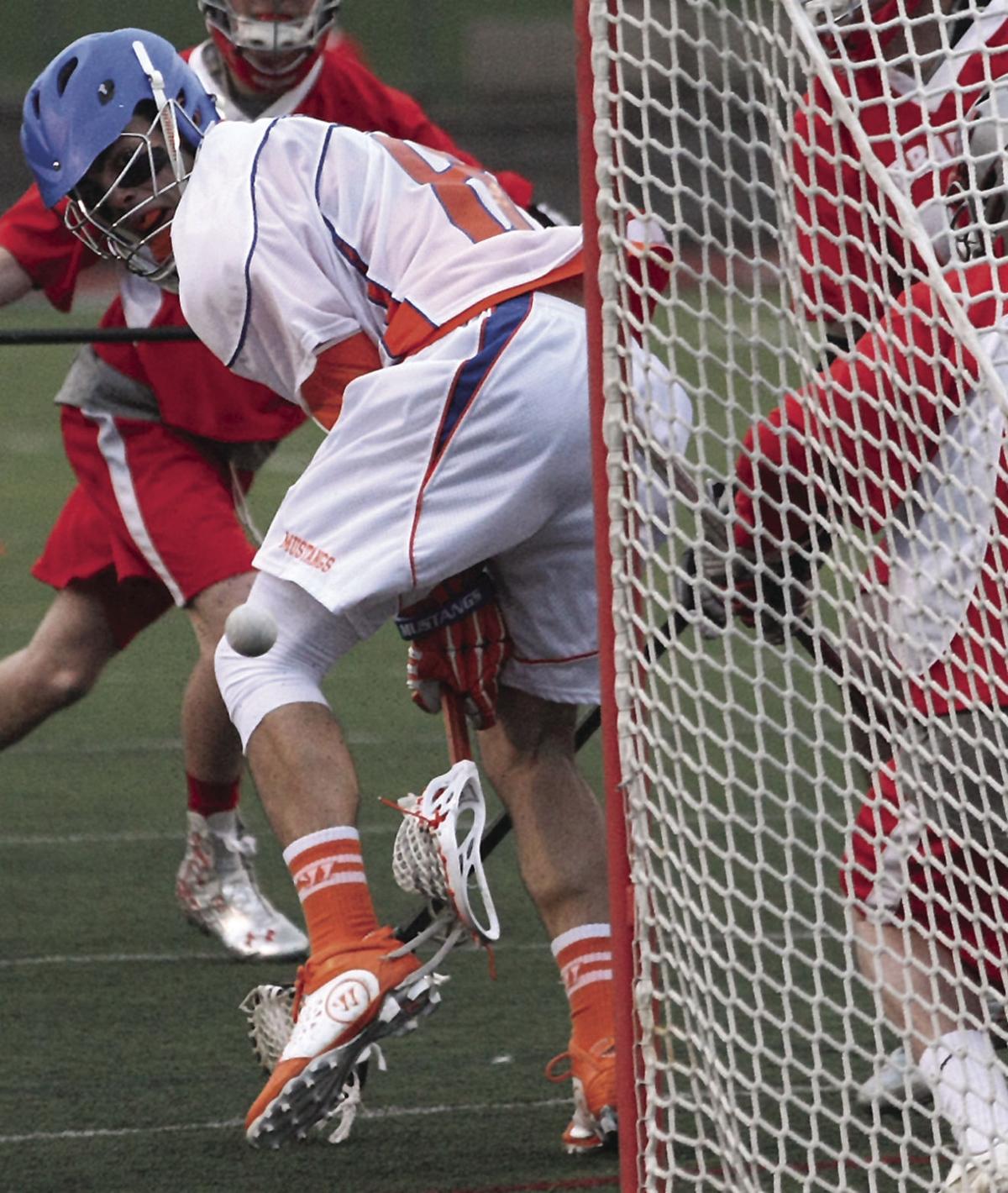 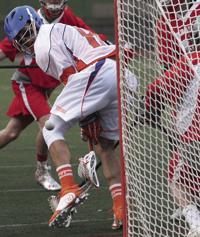 Bradley Voigt tried this acrobatic shot on goal through the legs during his high school career at Penn Yan. Voigt’s effort against Canandaigua missed the target by inches. 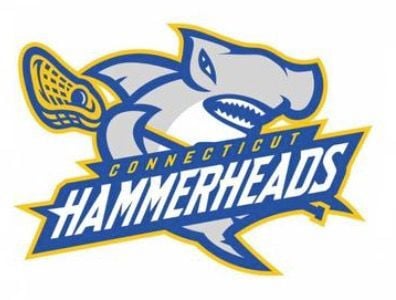 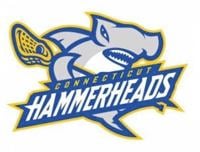 Bill Warder was an prolific scorer during his career at Geneva High School. He switched to goalkeeper at Hobart College, and enjoyed a stellar career between the pipes.

Bradley Voigt reacts after scoring a goal during Syracuse's victory over Hobart at Boswell Field in 2017.

Bradley Voigt attempts to shed a Cazenovia defender during a state tournament game in high school.

Bradley Voigt tried this acrobatic shot on goal through the legs during his high school career at Penn Yan. Voigt’s effort against Canandaigua missed the target by inches.

ANNAPOLIS, Md. — Rather than reach into the storied past of Finger Lakes athletics, as we have in recent weeks, this week we take a brief look at the 1990s before circling back to the present — and a meeting of local lacrosse minds for the 10-day whirlwind also known as Major League Lacrosse’s 20th season.

Geneva High School and Hobart College graduate Bill Warder hopes to make it to another MLL championship game, although this time he is leading a brand-new franchise.

Next to him on the sidelines is Penn Yan Academy’s Brian Hobart. And, on the roster is the deadliest scorer ever to step foot on a lacrosse field for those PYA Mustangs, Bradley Voigt.

Together, the three-headed Finger Lakes triumvirate of Warder, Hobart and Voigt aim to make the 20th season of the MLL a memorable one — if COVID-19 hadn’t already done that.

As a result of the pandemic, MLL’s 2020 season is being squished into 10 days. The teams arrived at The Westin Annapolis July 16, two days before the first games. Teams were set to play five games before this weekend’s playoffs. The summer camp-like season concludes with Sunday’s MLL title game.

Warder, MLL’s 2018 Coach of the Year, has a tall task ahead of him, but the relationships he has with Hobart and Voigt undoubtedly will provide a boost. After all, the three have known each other for a long time.

When Voigt was born, Warder was finishing up a Hall of Fame college career at Hobart as part of the then-Division III Statesmen. Though he played attack at Geneva, Warder found himself down the depth chart at Hobart. In need of a backup goalie for practices, then-coach B.J. O’Hara — who now directs the New York Lizards of the MLL — gave Warder a shot in net.

“It was a coaching move,” Warder said with a reminiscent chuckle. “I played hockey goalie in high school ... so I was way, way down the bench on lacrosse, and B.J. gave me a chance (in net). They needed kind of a backup goalie, a practice guy, and I said, ‘Yeah, sure,’ and it worked out. I was really lucky.”

After surprising even himself with the move to goalie, Warder racked up a Rookie of the Year award and was part of a Division III national champion in 1993. At the conclusion of four years, he boasted a 22-6 record as the team’s goalie with 324 career saves. He received the Lt. John Vanderberg and Herbert J. Welker awards.

Before arriving at Hobart for the 1992-93 school year, Warder made waves as a Geneva Panther.

He was an All-Finger Lakes League first-team selection his senior year after leading the league in scoring and goals. He set a Geneva High single-game record with nine goals against Waterloo in 1992 — a record later tied by Mike D’Amico when Warder was head coach at Geneva early this century.

In addition to lettering in soccer and golf, Warder was the starting goalie for the Geneva Generals hockey organization. He was a member of Geneva’s 1991 Midget “C” squad that won a state championship.

He played professional lacrosse in the United States and Canada before returning to Geneva to coach the Panthers for three years, guiding them to Section V tournament finals in 2003 and ’04. Warder eventually took over at Division I Hartford, and later directed the Rochester Rattlers of the MLL. He also has served as assistant coach at Hobart and at Old Farms School in Avon, Conn.

Hobart was on Warder’s staff in Rochester.

“Brian and I have been close friends and competitors for a long time, a couple decades,” Warder said.

In addition to coaching alongside Warder, Hobart continued to lead Penn Yan Academy lacrosse into the sport’s upper echelon — and Voigt literally grew up with his eventual high school coach.

As a Mustang, Voigt was a five-time varsity letter-winner. He set a single-season school record with 125 points his senior season, highlighted by 73 goals. Voigt finished his Penn Yan career in 2015 with a program-record 252 goals, 164 assists and a program-best 416 points. He was a four-time sectional champion, a Brine National High School All-American in 2012, a first-team All-Section V pick in 2012-14, an Under Armour All-American, a National Interscholastic Lacrosse Coaches Association first-team All-American, a USLacrosse All-American, and the 2014 Section V and All-Greater Rochester Player of the Year.

“It’s special,” Hobart said. “(Voigt) was my ball boy for three years, and then he came right to varsity, so it’s special for me to be firsthand and see him get these opportunities as a professional.”

As Voigt enjoyed the spoils of success at Syracuse University, Warder and the Rochester Rattlers franchise packed up shop and moved to Dallas in 2018. Warder coached the Rattlers to a league-best 11-3 record that season; they were the MLL’s playoff runner-up. Warder was selected as Coach of the Year.

When Voigt graduated from Syracuse in 2019, he signed with Dallas. He was a finalist for MLL Rookie of the Year, playing 10 games and racking up 22 points on 17 goals and five assists, and adding eight ground balls and two caused turnovers.

Packers' Corey Linsley not fazed by uncertainty of 2020 season, own contract year

Amid uncertainty about himself and the 2020 season, Aaron Rodgers says, ‘I don’t know what the future holds’

Dallas ceased operations for the 2020 season. A portion of the team — including Warder and Voigt — moved to Connecticut to begin the MLL’s newest franchise, the Connecticut Hammerheads.

With Warder and Voigt remaining together, Warder’s next move seemingly was obvious: call Brian Hobart.

“Our relationship goes back almost 20 years or longer, and we had coached together previously with the Rochester Rattlers,” Hobart said. “Billy and I talk regularly, and the opportunity came up for a coaching position in Connecticut. Billy called me, and I was real excited to jump at the opportunity.”

Now, the trio is trying to create a winning culture with a new franchise. The familiarity between the three men is helpful.

“I coached Bradley for so long,” Hobart said. “He’s got a little bit of an advantage over some of the other guys. He kind of knows what I’m thinking.”

“We talk about the same stuff: restaurants, people from Penn Yan, people from Geneva,” Voigt said. “(Coach Warder) knows my parents and knows my family, so it definitely brings some chemistry from off the field onto the field, and I think that level of trust goes a long way.”

Warder and Voigt each had a funny story to tell about the other.

During high school, Voigt was being recruited by Hobart College. He visited the campus and Warder several times but decided to commit to Syracuse. Warder said that never soured his appreciation for Voigt’s talents — other than tossing in a few friendly verbal jabs at times.

“I chose to go to (Syracuse), and I came back one summer and was eating in Geneva,” Voigt recalled. “I was wearing all ’Cuse gear, and Warder (saw me) and gave me a hard time about it. It was a funny little story.

“It’s good to be playing for him now because he’s a good guy and a great coach.”

Warder re-told a nearly identical rendition of the story when asked about it.

Warder, Hobart and Voigt make up only a small portion of the Hammerheads’ staff and roster, so even with the chemistry between them, there have been obstacles to overcome.

“We did lose 11 players,” Warder said about the Dallas franchise moving to Connecticut, “so it was a pretty significant challenge to rebuild.”

“We have 10 or 11 new guys on this team, including myself,” Hobart said, “so just trying to get a feel for everybody and get everybody on the same page is a bit of a challenge.”

Though each would have preferred to play a full season, they are thrilled with the opportunity to have any season at all.

“It feels like a lacrosse camp,” Voigt said of the 10-day campaign. “We have stuff going on lacrosse-wise every day, and you’re stuck in the hotel with all your teammates, and you’re meeting guys from all over. Everyone is here for the same reason. It’s awesome.”

“Everybody is together and everybody is trying to squeeze a lot in,” Hobart added. “It’s very much like high school. The guys are together all day long, and then we go out and practice and play.”

“With Brian, Bradley and myself, I think to be a part of upstate New York and lacrosse in that area, we have some commonalities and similar thought processes,” Warder said. “Upstate lacrosse is played a certain way; guys from Penn Yan, Geneva and Section V have a certain toughness and competitiveness that is really unmatched. If you look at Section V right now, (it) is one of the best, the absolute best lacrosse conferences. You’d be really hard-pressed to find a better lacrosse section in the nation.”

The Hammerheads lost their first two games of the condensed season before rebounding with a pair of victories, including an 11-8 conquest of the Boston Cannons Thursday. Connecticut could guarantee itself a spot in the MLL”s four-team playoff tournament that begins Saturday with a victory over the Chesapeake Bayhawks Friday.

Voigt is leading the Hammerheads with 12 goals through four games. His 12 points is tied for the team lead.

With three Finger Lakes lacrosse standouts leading the charge, it shouldn’t come as a surprise to anyone if the Hammerheads make a run for the championship this weekend.

LEGAL NOTICE Womb to Bloom to Classroom LLC. Arts. of