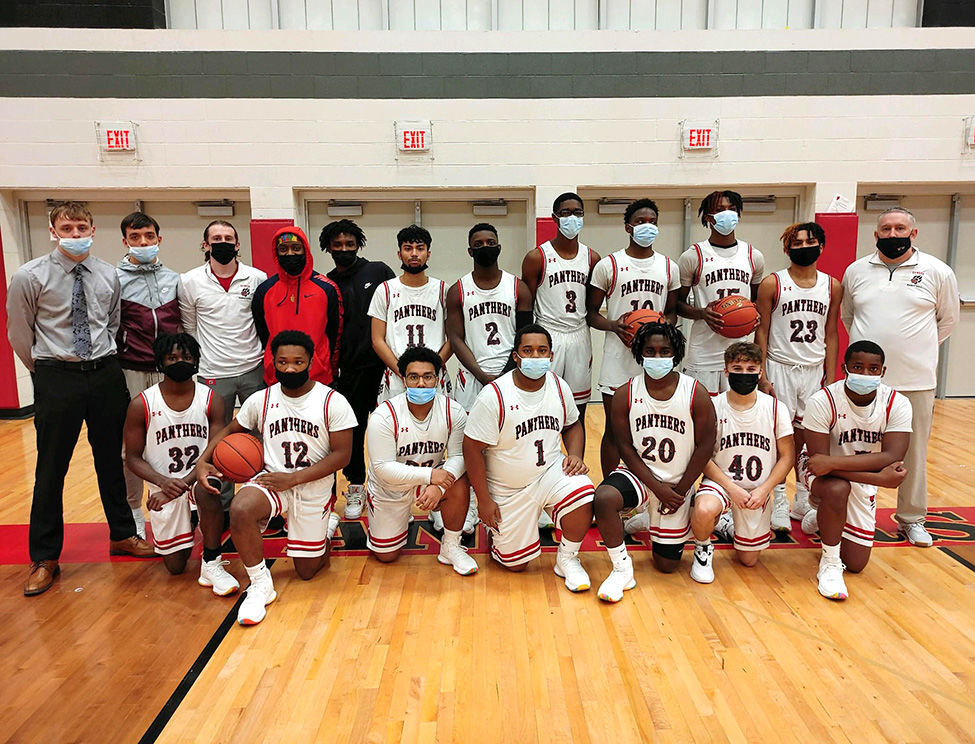 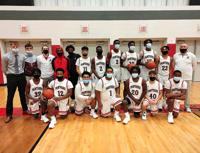 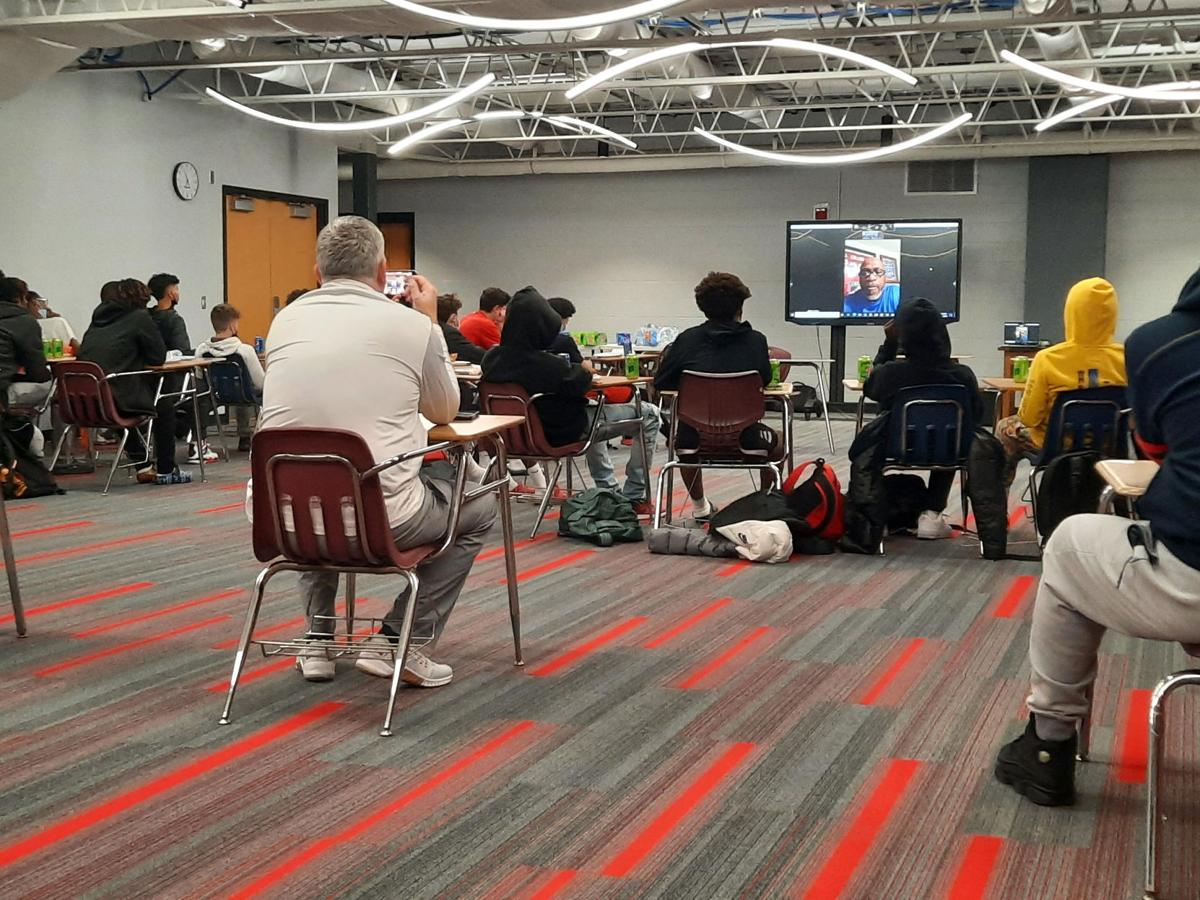 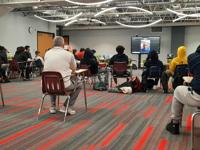 GENEVA — As clichés go, a small act of kindness can often snowball into something greater than the initial act itself. In the case of the Geneva boys basketball program, a single selfless act is beginning to transform into something that changes the culture of an entire school.

With basketball season starting, cousins Dante Reid and Vincent Mallard noticed that a few of the Geneva boys basketball players were in need of a sneaker upgrade. Reid is a basketball referee of 15 years as well. Knowing how much new gear means to young athletes, they decided to purchase a few pairs of shoes for players.

“How it initially started was I was reffing a varsity game and I saw that a lot of (Geneva High) kids had less-than-desirable sneakers,” Reid said. “The team that they were playing all had brand-new sneakers.”

Mallard and Reid had given sneakers to players in the past, so Reid called his cousin to do it again.

“Initially, I just thought that we would purchase sneakers for, like, two or three kids,” Reid said. “I called Vincent back an hour later and he had all these donations because he got the word out and there was a lot more support than I thought there initially would be.”

One snowball-of-giving effect later, Reid and Mallard went from being able to buy two or three pairs of shoes to buying the entire varsity boys basketball program new sneakers. A few hours after that, they were able to group in the junior varsity with new equipment. The other winter sports programs are next in line.

The new pullovers, shoes and bags all make for an everlasting smile from the players, but more than that, the new gear represents perhaps the most highly-valued commodity in high school these days: the care and backing of a community.

Reid, Mallard and others also donate time, showing up to Geneva High School before and after classes to give out high-fives, candy and encouragement to students, teachers, faculty — or whoever passes by.

Alvin Kamara was the Saints headliner, but can they afford to keep using him that way?

49ers hang on over Cowboys 23-17 in chaotic wild-card finish, advance to face Packers

“That is what is needed the most,” Reid said of giving time to the young students. “We’re saying, ‘Good morning!’ ‘Have a good day.’ We’re giving them candy, not just to the students, but to the faculty. Ten to 20 minutes, a half-hour, just come and support the kids.

“Other individuals besides myself have started to come to the school at the beginning and at the dismissal to ease the pain, bridge gaps and try to get to the kids,” Reid said. “Not to just say that, ‘We’re for you,’ but also that, ‘We hear you.’ ”

Enter new varsity boys head coach Ed Collins, who then organized a number of people to come and talk to the entire boys basketball program.

“That transpired to Coach Collins — he’s very active in these kids’ lives as well,” Reid said. “We got Pastor Raul, Ahmad Whitfield, and we got (Tony) Collins to come speak, so it ended up being a lot bigger than we initially expected, which is awesome.”

Last Friday night when the Geneva boys basketball program had the night off, the varsity and junior varsity teams gathered in the classroom above the gym at the high school to listen to a number of guest speakers talk about their own life experiences and about how actions and choices pave the way for life. Among the guest speakers was Tony Collins — former NFL running back — who talked about speaking your future into the truth, that positive words bring positive outcomes in life and negative words bring negative outcomes. As young athletes, Collins noted they need to have a plan and work toward that plan with hard work.

“We just want to make sure (the kids) stay on the right path, they listen, hear us and know that we’re on their side,” Reid said. “That was the gist of the initial purchasing of the sneakers and the speaking.””

What began as an act of paying it forward just like people did for them growing up, Reid and Mallard seem to have swooped in with positive change right when Geneva High School needed it. And, they don’t plan to stop anytime soon.

“Let me tell you, not only will we do it next year, but donations are still rolling in, so now we’re going to work on the wrestling team,” Reid said. “We don’t want to leave the girls out, so we’re going to try to get money for the girls teams as well. We’re going to keep trying to get to all these kids because it’s more than just the basketball team. I know it sounds cliché, but we’re going to do our best to make sure that no one is left behind and that everybody is being heard.”

The Panthers were 1-0 after winning their season opener over Wellsville last week, 48-47. Only time will tell how their season progresses, but one thing is certain: Reid, Mallard and others plan to be there indefinitely, both on and off the court.