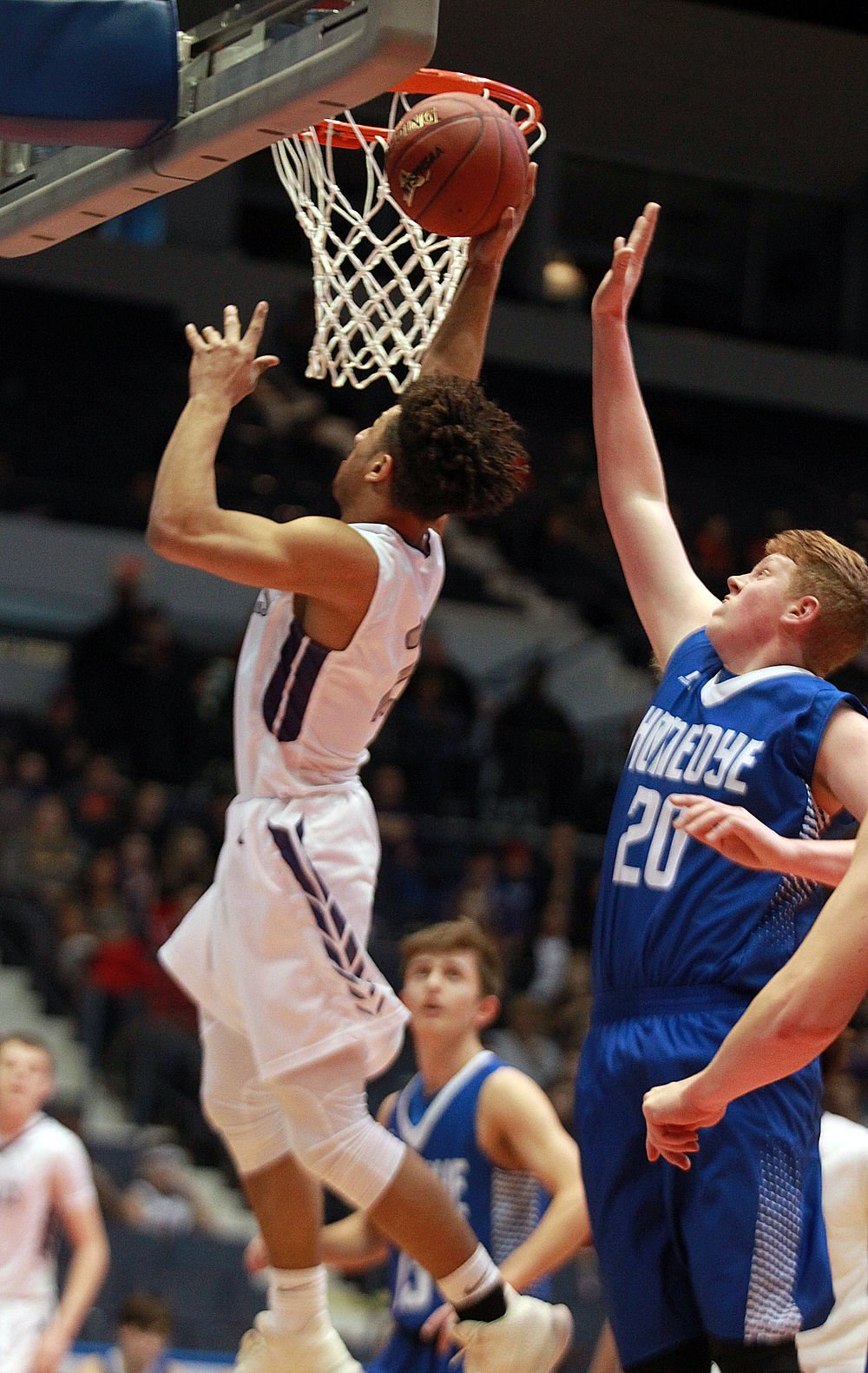 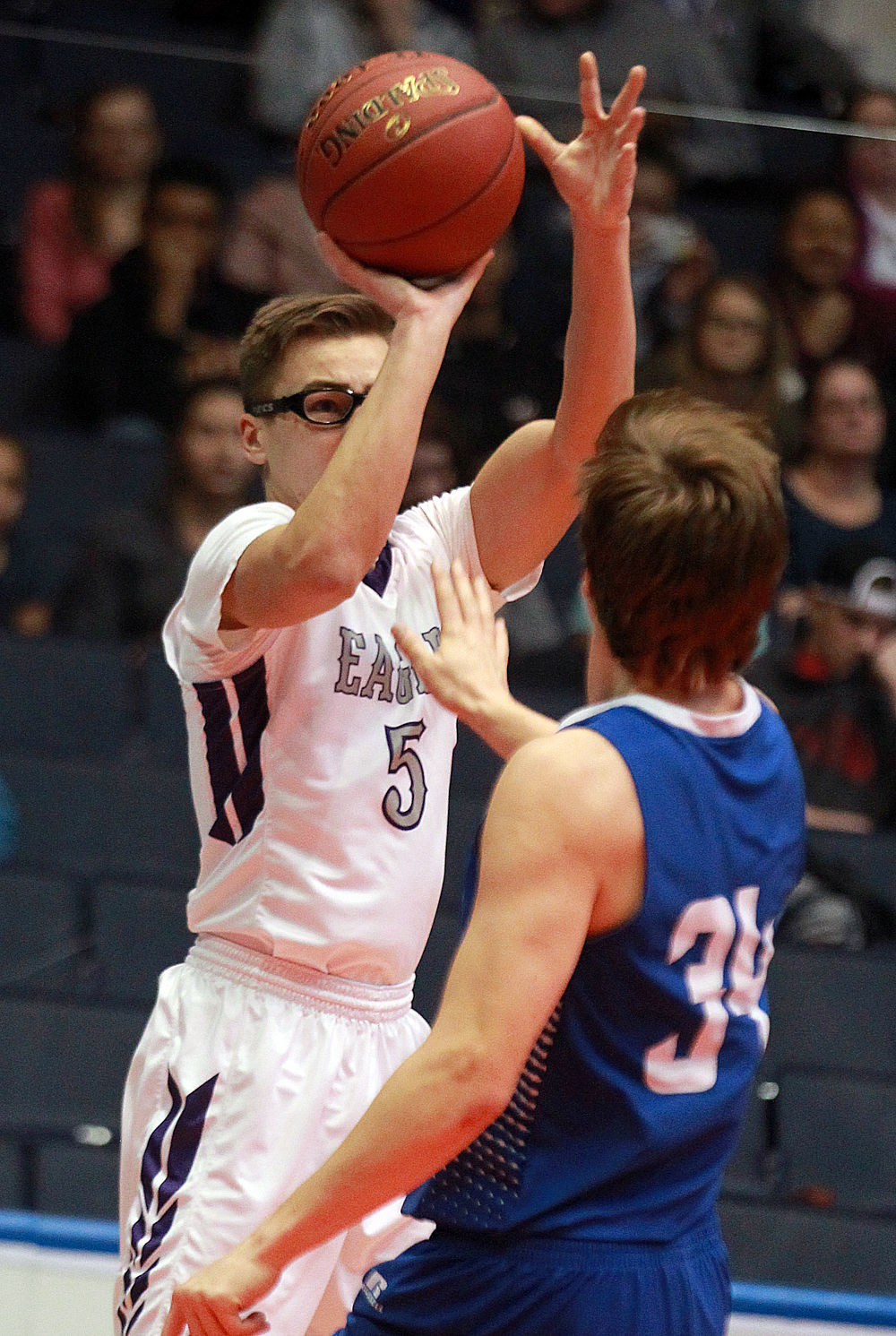 ROCHESTER — The Clyde-Savannah boy’s basketball cruised away with a dominating win over Honeoye on Saturday inside the Blue Cross Arena, winning the Section V Class D1 championship 69-47.

It appeared that it was going to be a very tight-knit game in the early stages. Honeoye was moving the ball around efficiently on offense and even led 13-8 at one point.

However, tragedy struck for the Bulldogs with 3:01 left in the first. Senior guard Jon Marble got tripped up at mid-court and appeared to have broken his ankle, ending his high school career.

“It was unfortunate that he (Marble) broke his ankle. I’ve always told these guys the game can be taken away from you in a second. I feel for him; I was looking forward to playing against him, he’s a great player,” Jackson said.

Once the game resumed it was all about the Chance brothers. In fact it was nothing but the Chance brothers on the scoring sheet for Clyde-Savannah in the first quarter. Senior Derrick chipped in eight of his game-high 26 points to give the Golden Eagles an 18-15 advantage after one.

Dru Carnevale had an impressive performance himself in the second quarter as he contributed nine of his 20 points. Honeoye senior Max Yale and junior Tyler Rudolph each tallied five points in the second to make the deficit 37-26 at the half. Rudolph proved to be the only catalyst for the Bulldogs as he finished with a team high 17 points and 13 rebounds.

The Golden Eagles didn’t let up easy on their opponent coming out of the locker room as they would outscore Honeoye 19-12 in the period, including a three-point buzzer beater by Derrick Chance to cap off the quarter.

The Bulldogs couldn’t contain the trio of Chance brothers in the fourth quarter as all three of them contributed at least a basket to clinch the championship.

Marcus Chance contributed 12 points to the win while Carnevale was a menace on defense, grabbing nine rebounds.

With the win Clyde-Savannah has earned its third sectional championship under the helm of Jackson, and the team improves to 20-4 overall record.

Derrick Chance now knows how it feels to be a champion in both football and basketball. The senior took some time reflect on his time with both teams.

“This feels great, going in my senior year; with all my friends and teammates, we knew we had to come out and go out with a bang. Football was our first sectional championship, so this meant a lot to us. So we worked hard and it feels great.”

Derrick Chance was named the tournament MVP while the All-Star team consisted of the Eagles’ Dru Carnevale and Marcus Chance, Honeoye’s Max Yale and Tyler Rudolph, Josh Hart of Mt. Morris and Cole Rathbun from Naples.

The Eagles’ next game will be against Prattsburgh on Wednesday night at Penn Yan Academy. Tip-off is set for 7 p.m.

“We were in foul trouble again like we were in the semis, but Derrick, my four-year veteran and Dru stepped up, like I expected them to,” Jackson commented. “We’ve just got to play smart. We need to play a lot better than we played today, because if we come out like that; that game might be over by half time. They [Prattsburgh] have a very good basketball team, but we’ll be ready to play Wednesday.”