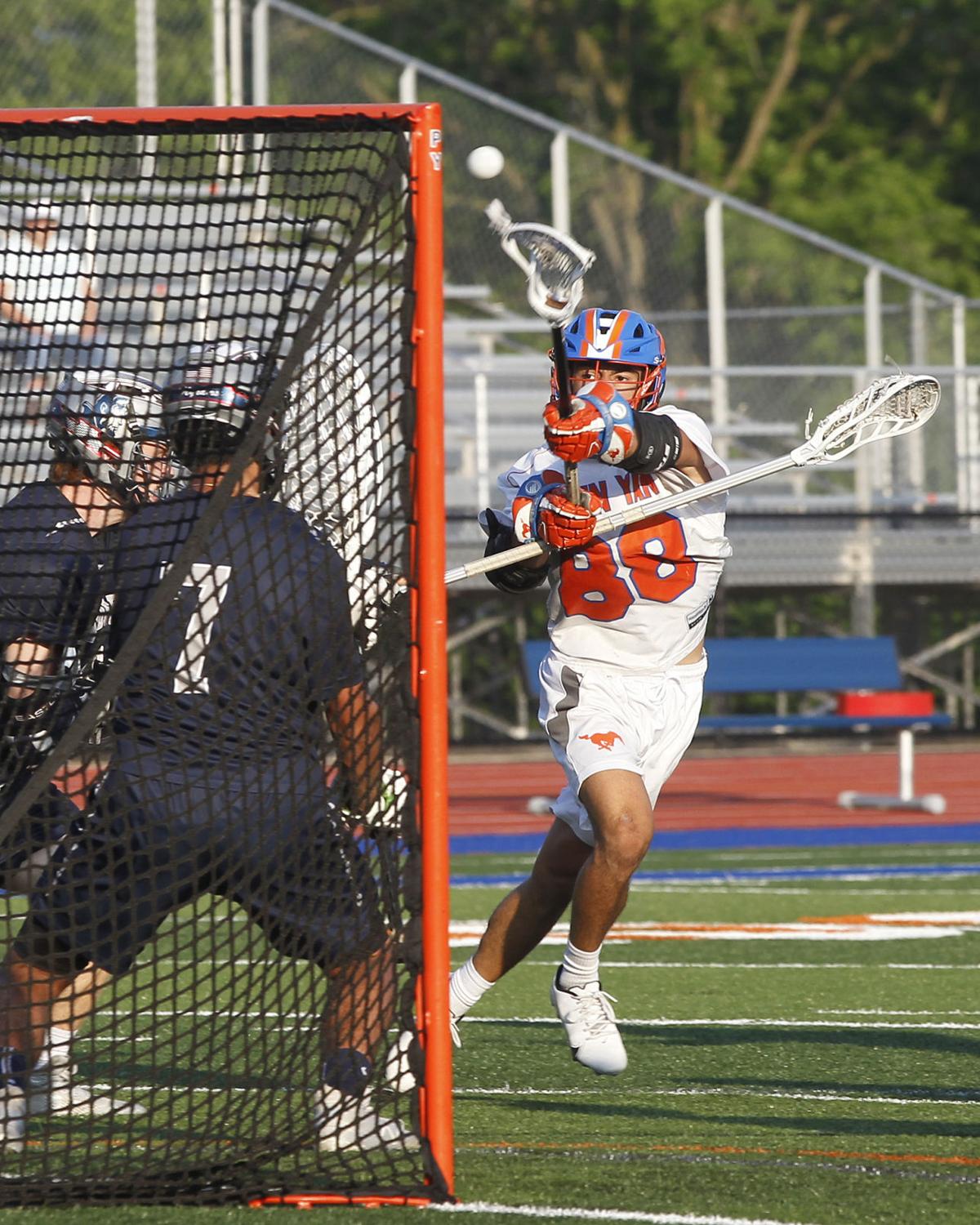 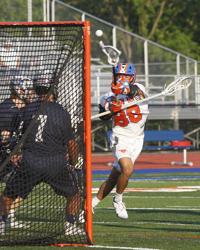 Above, Penn Yan senior Ayden Mowry (88) was named a Section V All-American, Finger Lakes Player of the Year and the Finger Lakes Attacker of the Year. Mowry is headed to Lenoir-Rhyne University to play in the fall to play lacrosse. 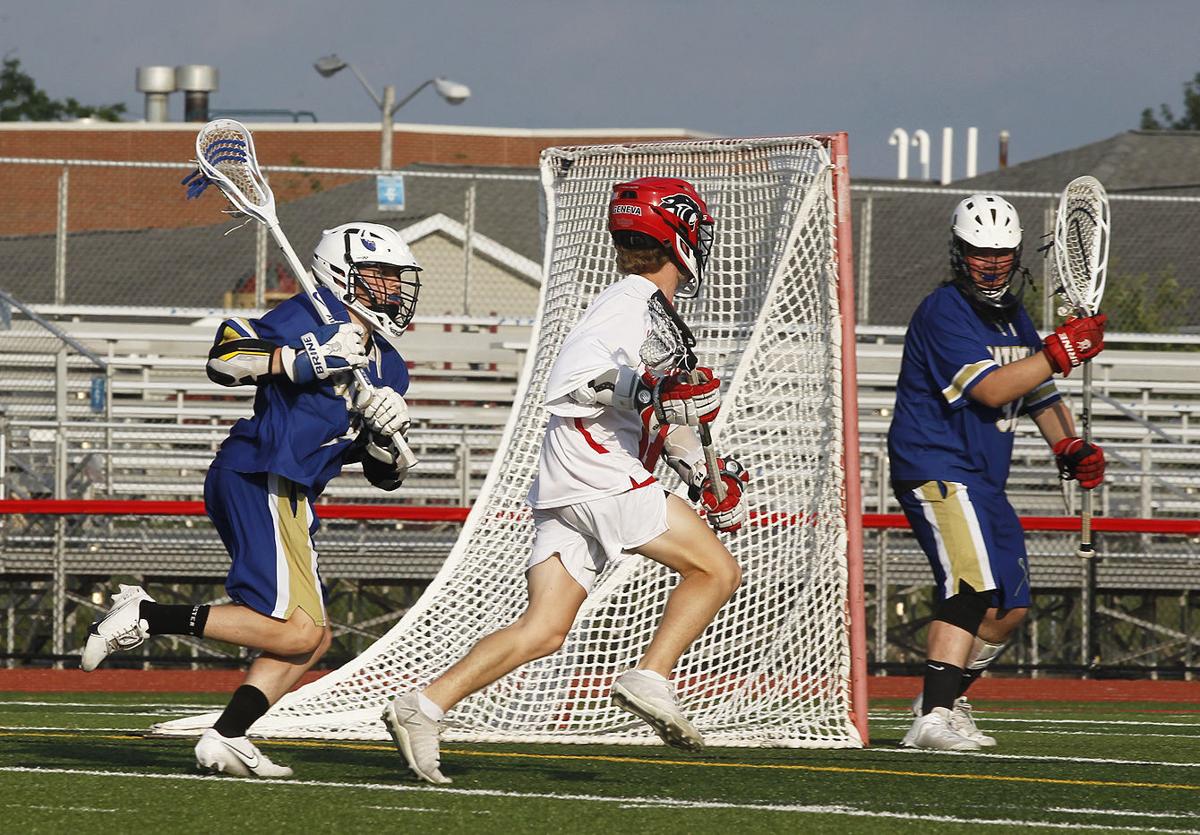 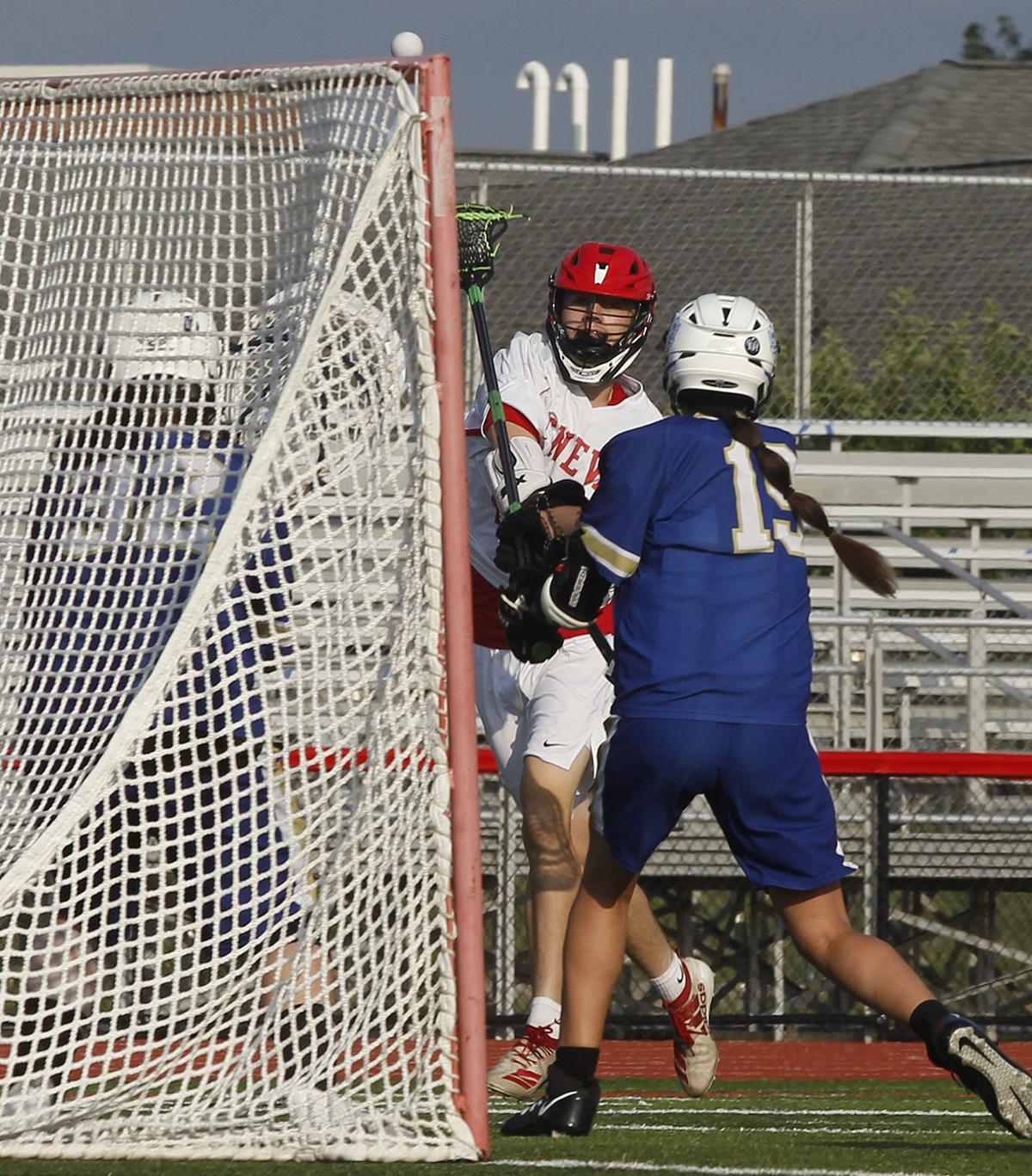 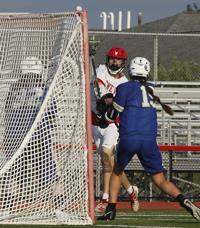 Geneva senior Aiden Eighmey (4) was named a Finger Lakes All-League First Team attackman after leading the Panthers in scoring in 2021. 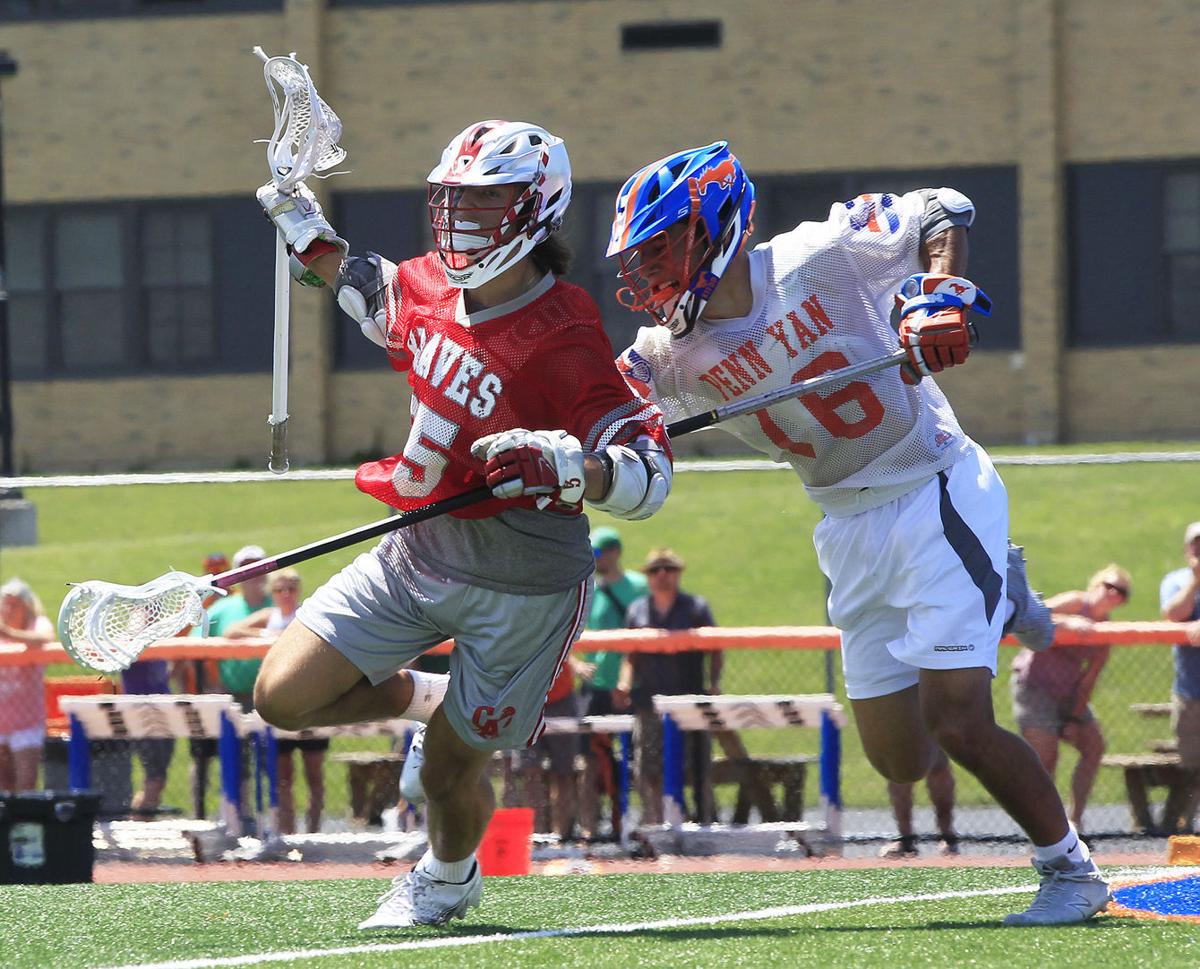 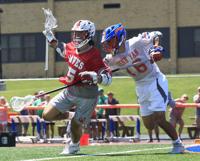 Above, Penn Yan senior Ayden Mowry (88) was named a Section V All-American, Finger Lakes Player of the Year and the Finger Lakes Attacker of the Year. Mowry is headed to Lenoir-Rhyne University to play in the fall to play lacrosse.

Geneva senior Aiden Eighmey (4) was named a Finger Lakes All-League First Team attackman after leading the Panthers in scoring in 2021.

PENN YAN — What a season it’s been for Ayden Mowry and the Penn Yan Mustangs lacrosse team.

Days after Mowry and the Mustangs defeated Palmyra-Macedon 16-2 for their 25th Section V title, the awards continue to rain down for the senior committed to Lenoir-Rhyne University and his teammates.

Mowry led the Mustangs in goals and points with 72 and 90, respectively, and has been named one of six Section V All-Americans.

“Ayden is a young man of sound character who makes the right choices in hard decisions,” Penn Yan head coach Brian Hobart told blaxfive.net. “He holds himself accountable to not only himself but to his teammates and coaching staff. He is one of the hardest workers we have ever had in the history of our program and has started every game of his career at Penn Yan since 9th grade.”

In addition to the All-American selections, Section V also named the Academic All-Americans, to which Penn Yan senior Tyler Griffin was named.

“A four-year varsity player at Penn Yan, (Tyler) has played midfield, short stick defense and this year has truly blossomed as an LSM,” Hobart told blaxfive.net. “This is a kid who has worked tirelessly to get himself stronger and conditioned and has turned into an outstanding defender and face off wing. His development has been a pleasure to watch as a coach.”

Just a few days apart from the All-American selections were the All-League selections for the Finger Lakes.

With an altered contract in the works and a bit more control of his future, Aaron Rodgers set to report to training camp

Packers by position: As JK Scott and Hunter Bradley must re-prove themselves, they should take a cue from Mason Crosby on special teams

Mowry was selected as the Player of the Year as well as the Attackman of the Year.

Rounding out the awards for Penn Yan was Assistant Coach of the Year Chris Redington, Middie of the Year Mekhi Mahan, Defenseman of the Year Tyler Griffin and Devon Gerhardt, who was awarded the Bob Scott Award in addition to being named a First-Team Attackman.

In 2012, USA Lacrosse added an award named for the long-time Johns Hopkins lacrosse coach and Athletic Director, Bob Scott. The annual award is given to a senior of outstanding character, good academic standing and one who demonstrates good sportsmanship and safe play. Along with being a deadly scorer, Gerhardt’s sportsmanship epitomizes the award.

When Marcus Whitman fell in the semifinals to Pal-Mac, it capped off the most successful season in the program’s history.

Head coach Greg O’Connor led the Wildcats to a 13-3 record and culture-shifting victories over Pal-Mac, Geneva, Wayne and Bath in the regular season. For that, O’Connor was named the Finger Lakes Coach of the Year.

Along with O’Connor, four Wildcats were named to First Teams and a total of 10 players were named to either the first, second, third or honorable mention teams.

Geneva stumbled in the middle of the regular season but finished strong with wins over Pal-Mac and Wayne before narrowly falling to the eventual champions in Honeoye-Falls Lima in the semifinals. Sophomore Ryan Brown made First-Team Attack and senior Aiden Eighmey made First-Team Midfield.

Eighmey led the Panthers (11-6) in scoring with 40 goals and was second in the team in points with 63 behind Nate Askin, who had 65 and was Second-Team Midfield. Brown’s impressive sophomore year ended with 28 goals, 32 assists and 60 points.

Finger Lakes Player of the Year

Finger Lakes Coach of the Year

Finger Lakes Man of the Year