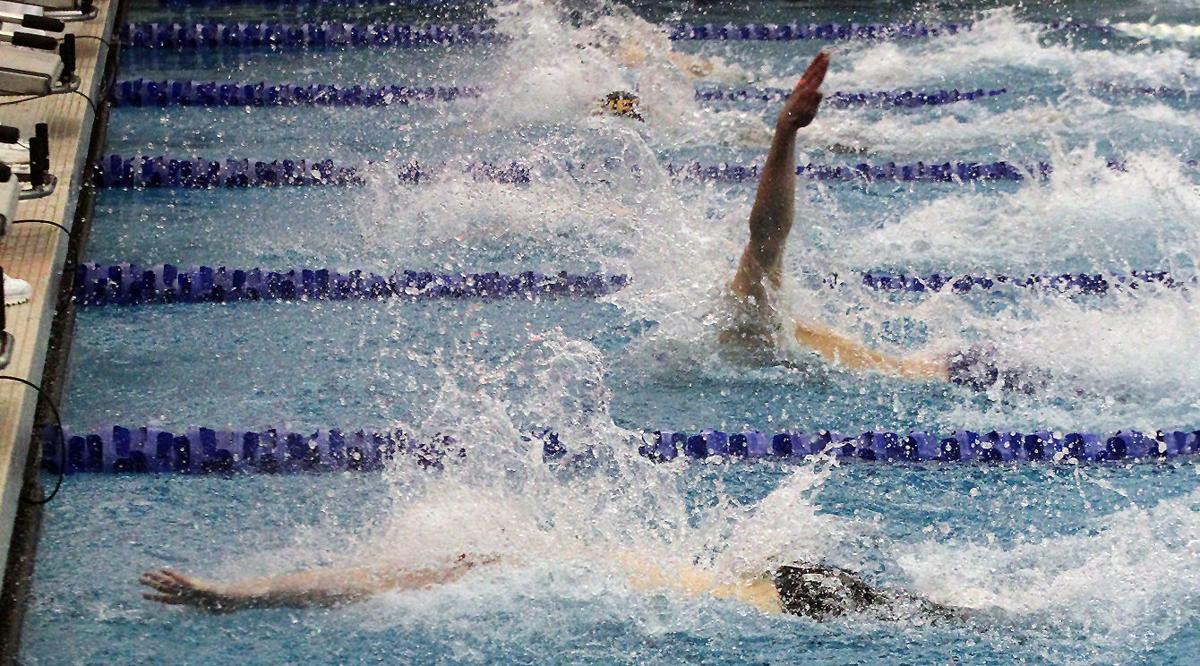 Fratto stretches to touch the wall first in the 500 free. 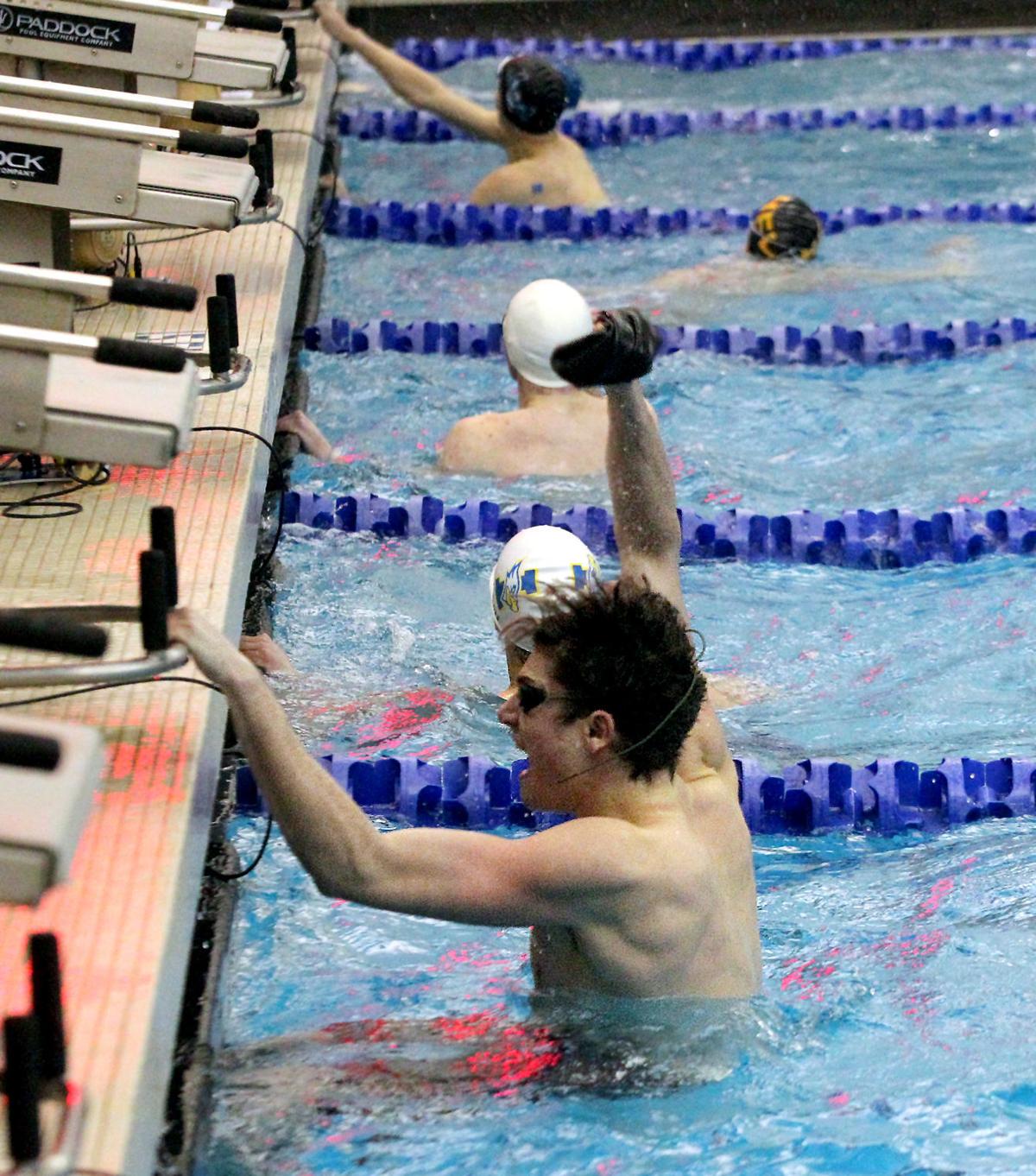 At the top, 50 freestyle winner Dominic Fratto reacts after seeing the scoreboard after the event. Above, the Geneva/Waterloo junior swimmer Fratto stretches out to touch the wall in the 50 freestyle. Fratto would win the event with a season-best time of 21.63.

Fratto stretches to touch the wall first in the 500 free.

At the top, 50 freestyle winner Dominic Fratto reacts after seeing the scoreboard after the event. Above, the Geneva/Waterloo junior swimmer Fratto stretches out to touch the wall in the 50 freestyle. Fratto would win the event with a season-best time of 21.63.

WEBSTER − Geneva/Waterloo’s Dominic Fratto already had qualified for the state championships in the 50-yard freestyle going into Thursday’s Section V Class B finals. A berth in the 100-yard freestyle state race was on the junior’s mind Thursday night.

The fourth event of the meet at Webster Aquatic Center was the 50 free. Fratto dominated, garnering first place in a personal-best 21.63 seconds.

Fratto got his chance at the 100 free in the sixth event of the meet. Heading into the race, the junior swimmer was assigned to the third lane. Fratto roared off the starting block and left the other seven competitors in his wake, touching the wall first in another personal record of :47.80. Fratto not only earned the win, but qualified for states with his best time of the season.

Fratto never trailed in his two events as he added two more victories to his career.

Fratto, wearing a smile, went on to mention how he will prepare for states.

“Practicing everyday. Get on the swimming grind (and) eat right,” he relayed.

If winning two events and qualifying for states in both wasn’t enough, Fratto added another laurel when was named the Swimmer of the Meet.

Matt LaFleur: ‘There was never a doubt’ about keeping Mike Pettine as Packers’ defensive coordinator

Badgers in the XFL: Check out performances by former Wisconsin players in Week 3

Geneva/Waterloo and Midlakes were well-represented in the championships. Forbes and Midlakes coach Jack Hauber were impressed by all their swimmers.

“Everyone swam faster than they did on prelims,” Forbes proclaimed about his entire team. “Everyone had their best times on our team, and that’s what we wanted going into the season.”

Midlakes appeared in eight events throughout the meet, headlined by its third-place finish in the 200 freestyle relay in 1:35.09.

Hauber had high praise for his relay team’s bronze finish.

“(It was) the highlight of my day,” Hauber said with a grin.

Midlakes had some individual standouts as well. Senior David Alwardt finished the 200 freestyle in sixth place (1:54.30). Alwardt also competed in the 100 freestyle, copping seventh place in :52.43. Senior Peter Hagedorn-Novik swam to fifth place in the 200 individual medley in 2:08.85. Junior Andrew Schoenfelder was fourth in the 100 butterfly with a time of :55.20. Schoenfelder also finished fifth in the 50 freestyle in :22.26, missing the state standard by less than a tenth of a second. Junior Robert Burnham closed out the meet for Midlakes in the 100 breaststroke with an eighth-place finish (1:08.30).

“Everybody on the team strived to greatness at one time,” Hauber added.