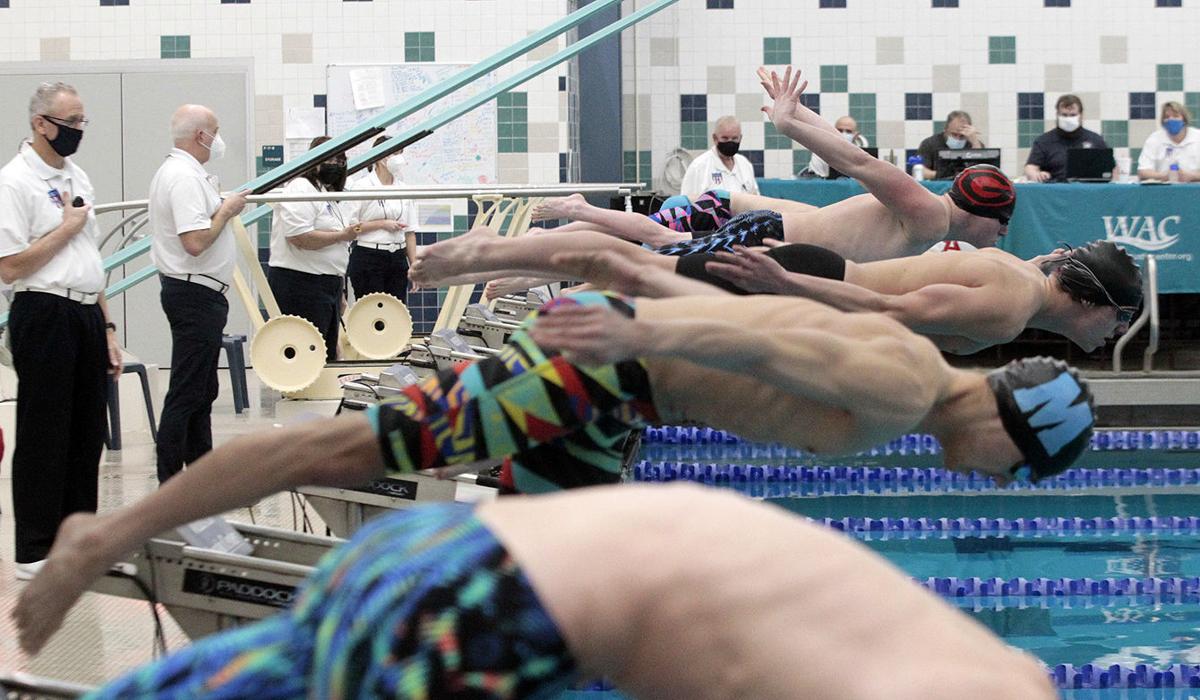 Dominic Fratto (red cap) shows his signature start off the blocks with his arms up at the start of 50 freestyle event. 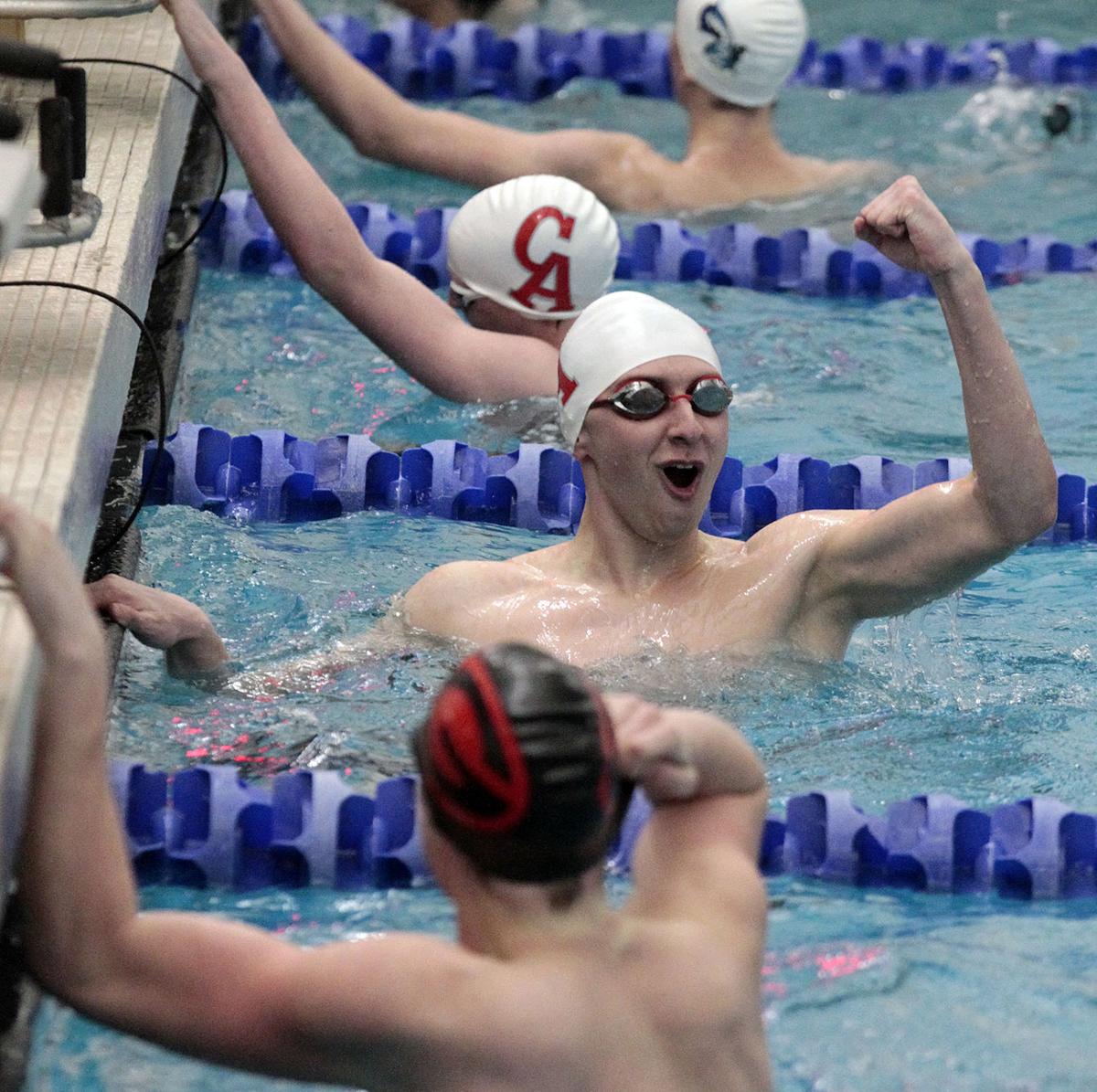 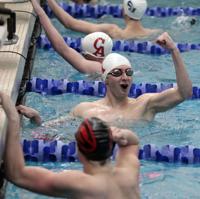 Hayden Bement of Canandaigua upsets Dominic Fratto in the 50 freestyle. 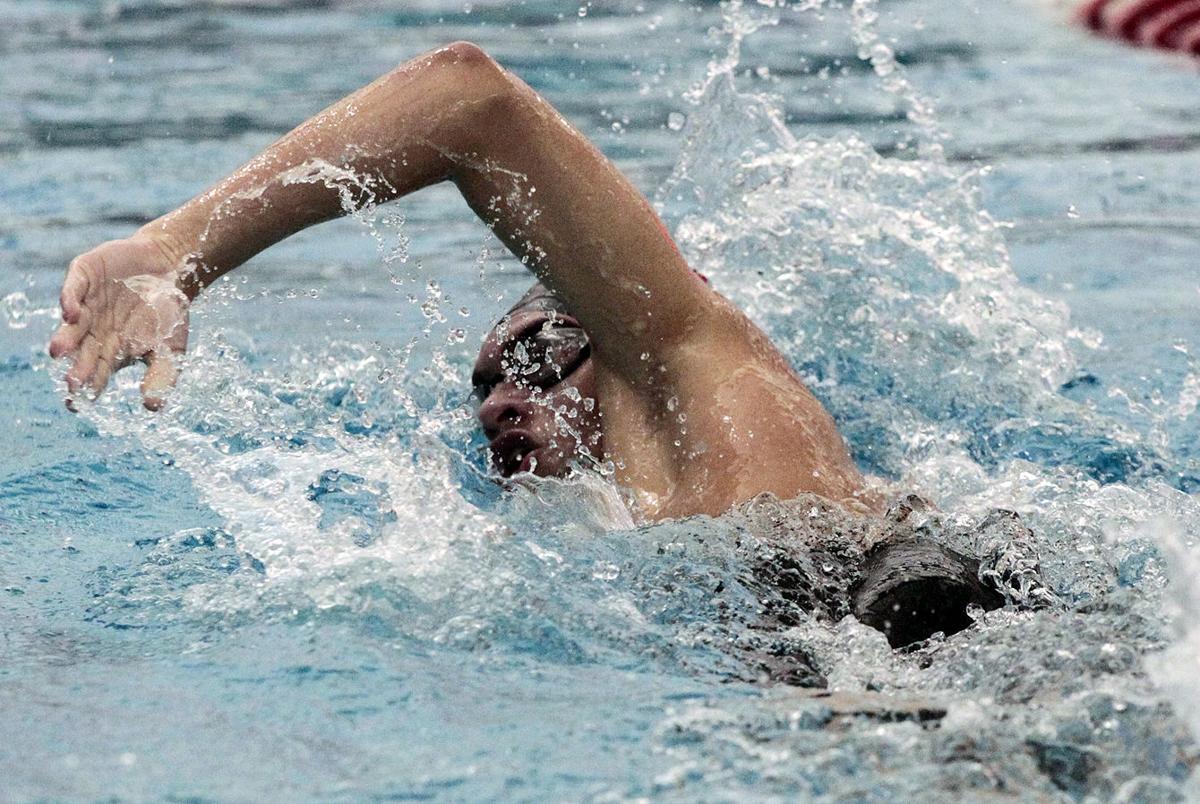 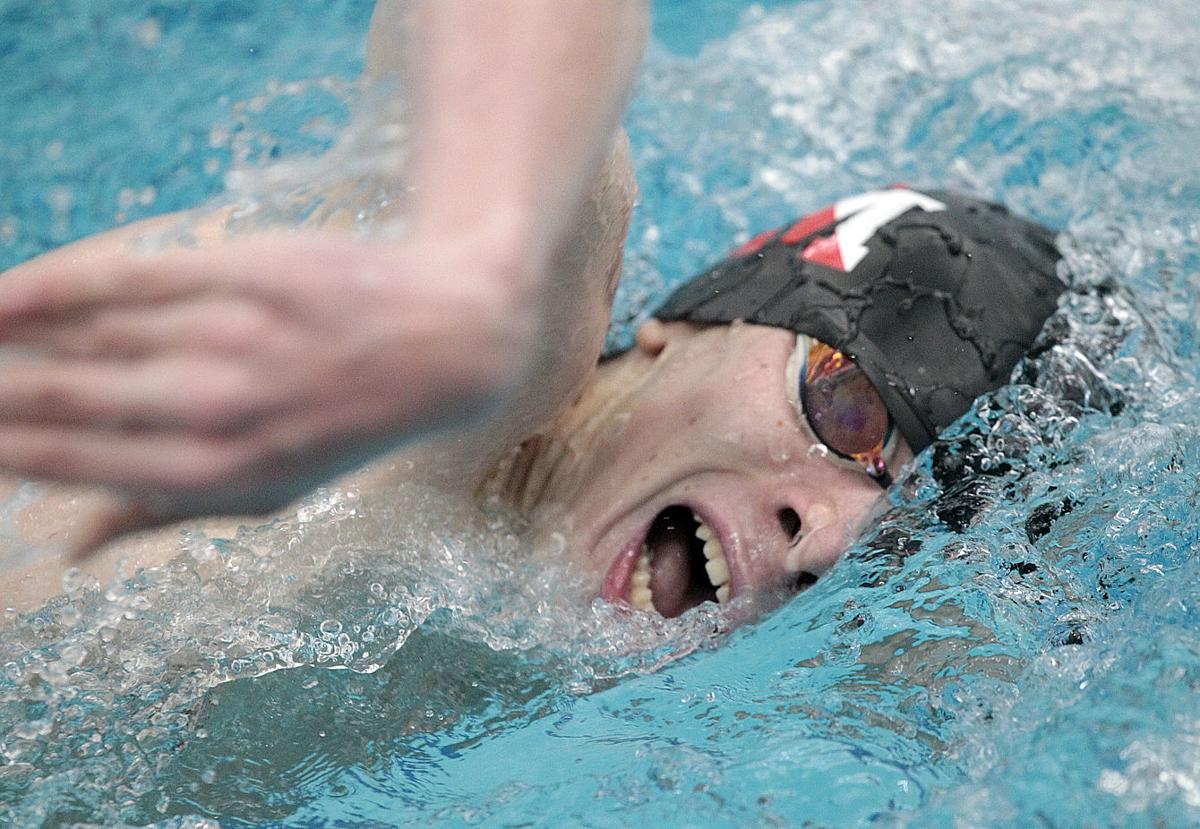 Jackson Bay of Pal-Mac finished tied for second in 220 free finals out of the 8 lane.

Dominic Fratto (red cap) shows his signature start off the blocks with his arms up at the start of 50 freestyle event.

Hayden Bement of Canandaigua upsets Dominic Fratto in the 50 freestyle.

Jackson Bay of Pal-Mac finished tied for second in 220 free finals out of the 8 lane.

WEBSTER — For every high school athlete, the thought of how their career will end always crosses their mind.

Geneva/Waterloo senior Dominic Fratto’s outstanding career came to a close on Wednesday evening in the Class B sectional finals at Webster Aquatic Center.

Fratto entered as one of the favorites in both the 50- and 100-yard freestyles but fell victim in both races to Canandaigua’s Hayden Bement. The pair of disappointments closed out Fratto’s high school career despite swimming his best times on the season in both events.

The Waterloo senior finished in second place in the 50-free with a final time of 21.63, less than half a second behind Bement, who touched the wall in 21.19 seconds.

“I think I did pretty good,” Fratto stated on his performance in sectionals. “Those were the best times I’ve gotten this whole season so I can’t complain there. (Bement) just did better than I did.”

Fratto was named outstanding senior prior to Wednesday’s sectional finals.

“It feels great, it was amazing,” Fratto said. “I hope to improve on my swim career and become better than I already am.”

After breaking and setting several records over the years, Fratto will be able to hold his head high after a memorable high school career as he moves on with the next journey of his swimming career.

“I’m so happy we got the season in this year,” Brewer added. “We got every meet in. We have some really good kids coming up. We have people coming in to fill Dom’s (Fratto) shoes, they’re big shoes to fill.”

Palmyra-Macedon struggled as well to keep up with the rest of Class B. The Red Raiders did not win any event but junior Jackson Bay from tied for second place in the 200-yard freestyle with a final time of 1:52.05.

“Jackson Bay has worked so hard this year that I’m really not that surprised that he had such a gigantic drop,” Pal-Mac head coach Jason Stevens stated about Bay’s performance. “For him to go out and tie for second is phenomenal. He’s a baller. He’s out there, he’s gaming everyday. He works real hard in practice so I’m not real surprised to see it transferring into the pool this year. “

Bay would also finish in fifth place in the 100-yard backstroke, finishing with a final time of 56.03.

“Every year is a rebuilding year,” Stevens added on his program going forward. “This year was much different with COVID and the team really stepped up to be a positive influence on each other. It changed our focus a little bit and we kept moving forward. Everyday was something new.”

Newark placed ninth with 105 points, Midlakes in 10th with 98 points and Sodus/Williamson rounded out the class in 12th place with 77.5 points.