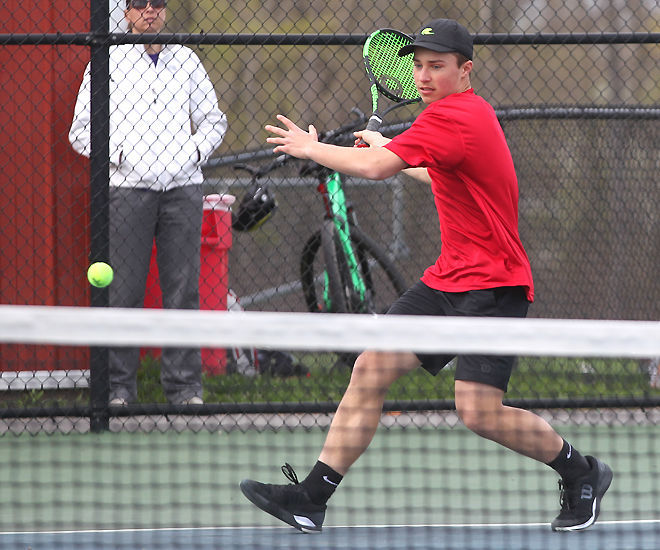 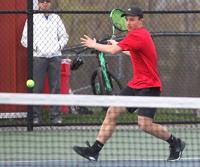 Geneva High senior Ryan Fishback will miss out on his senior season — and a chance to play in his fifth state tournament — after the spring campaign was canceled Friday. Fishback will play college tennis at Virginia Tech. 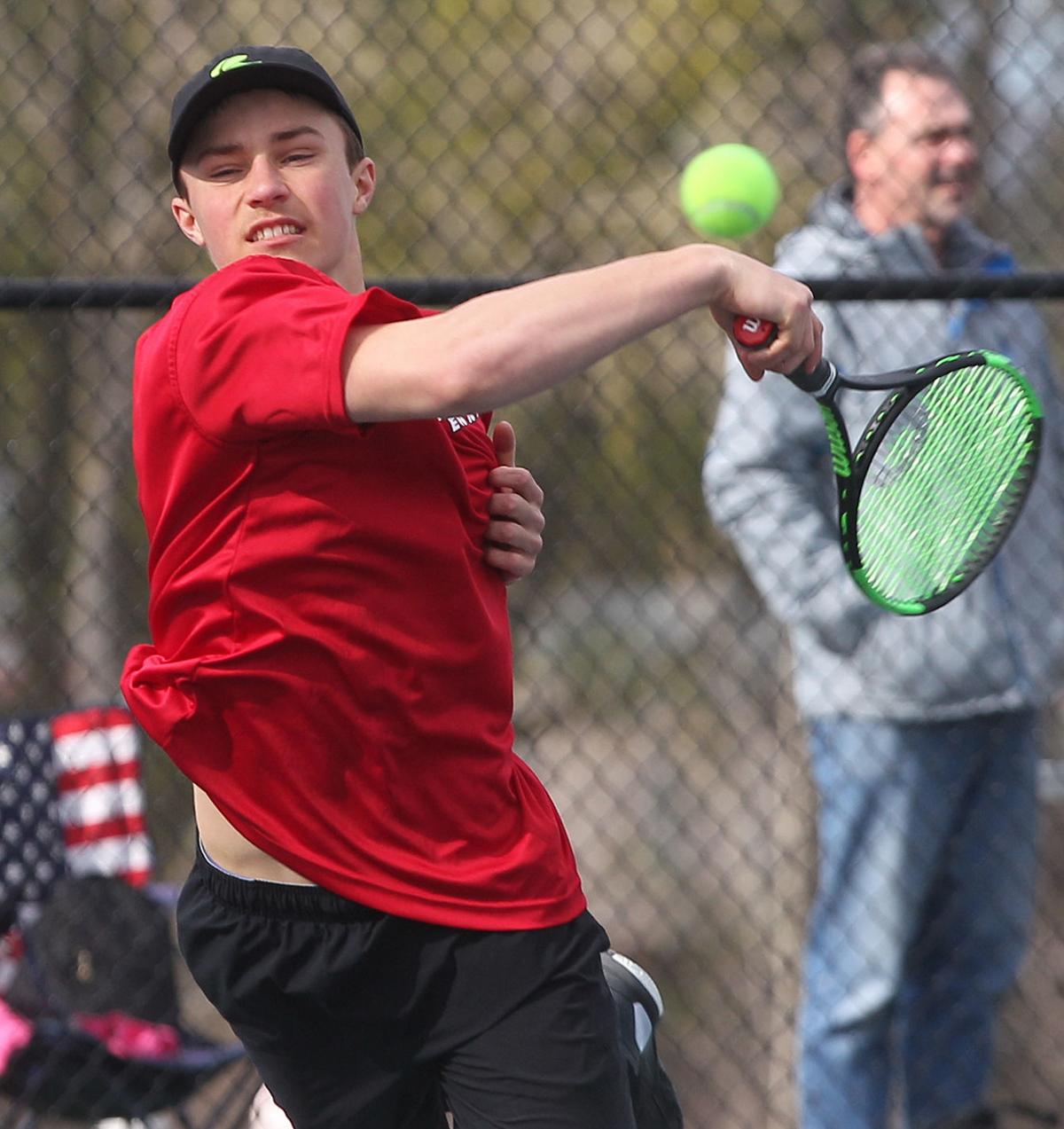 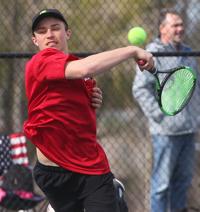 In this file photo from spring 2019, Geneva’s Ryan Fishback returns a shot in a match vs. Mynderse Academy’s Cody VanEchaute. Fishback won 6-0, 6-0.

Geneva High senior Ryan Fishback will miss out on his senior season — and a chance to play in his fifth state tournament — after the spring campaign was canceled Friday. Fishback will play college tennis at Virginia Tech.

In this file photo from spring 2019, Geneva’s Ryan Fishback returns a shot in a match vs. Mynderse Academy’s Cody VanEchaute. Fishback won 6-0, 6-0.

GENEVA — As of Friday, when schools officially closed for the school year, Geneva’s Ryan Fishback high school tennis career came to an unexpected end after five unbelievable years with the varsity program.

The news that Fishback received was not what he wanted to hear, but he stated that it’s best for everyone to take the right precautions and stay safe at a time like this.

Tennis runs in the veins of the Fishback family. Along with Ryan, his younger brother, Drew, plays, and the two siblings were expected to team up for postseason doubles this spring; Drew, a seventh-grader, was poised to join the varsity in the same grade Ryan did.

Their father, Chip, coached William Smith tennis and squash for several years and continues to assist the two programs.

On any given day, Ryan and Drew can be found playing inside Bristol Field House at Hobart and William Smith Colleges while their father watches and helps work on their games.

One of the hardest parts about the pandemic is that it has not only forced facilities to close, Ryan can no longer rely on his final high school season to help prepare for Virginia Tech in the fall.

“I’m still working out just to stay in shape,” Fishback said about his workout routine during the pandemic. “There are some courts in other towns where maybe their high school courts are open. If it’s a nice day you can do that as long as you maintain space from other people.

“There’s not much to do, but we do our best to stay active.”

Fishback added that his training involves setting up a mini 10-by-10-foot court in his driveway with a net to practice while confined at home.

Fishback is moving on to Virginia Tech next year to play NCAA Division I tennis, but his high school career with the Panthers will always be one to remember.

“It will be hard to believe that it’s all over,” Fishback noted of his time at Geneva. “For the last six years that’s been one of the most fun things that I have going on: the team. We have fun going on buses to away matches and great times at practices every day, working hard.”

Fishback went on to recognize his head coach, Bill Hadsell, and how enthusiastic he is about the program. Fishback continued to say how Hadsell has done a great job recruiting for this program and having it grow in the community.

“More people want to play (tennis), and we have a modified team now,” Fishback elaborated when talking about Hadsell’s impact on the program.

It surely will be a challenge for Fishback as he adjusts to Division I tennis with Virginia Tech.

“There’s a lot of things I’m looking forward to,” Fishback said about moving onto the college level. “The No. 1 thing will be the wealth of opportunities there to grow as a player, person, and as a student.

“There are so many resources (at Virginia Tech) that will open new doors for me. They have nice facilities, the coaching there is great, and to be on team with so many great players from around the world, it will be great way to push myself and try to get even better.”

The disappointment of no senior season for Fishback is a tough pill to swallow, but the future is bright for the Panthers star as he takes his talents to the top level of college tennis in the fall to prepare for his first season with the Hokies.