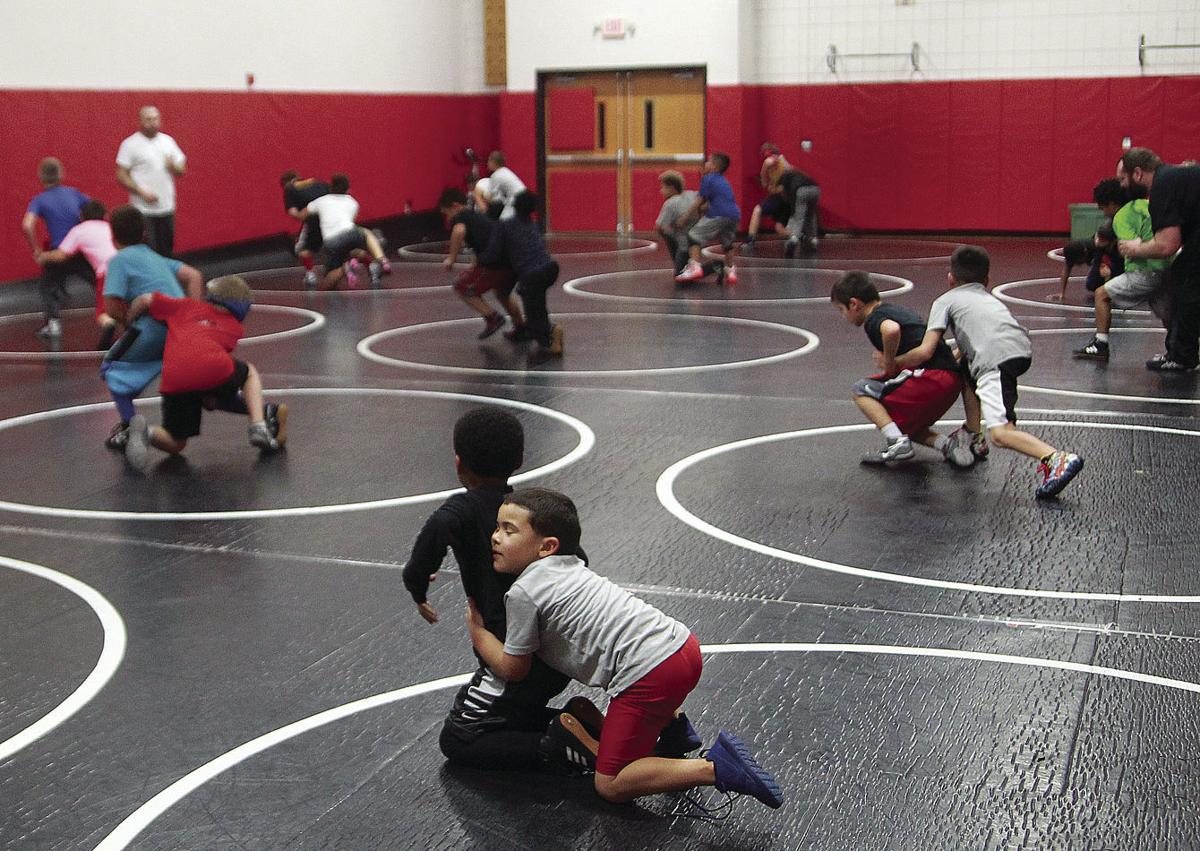 Members of the Geneva Youth Wrestling program work out during a practice on Tuesday night at Geneva High School. 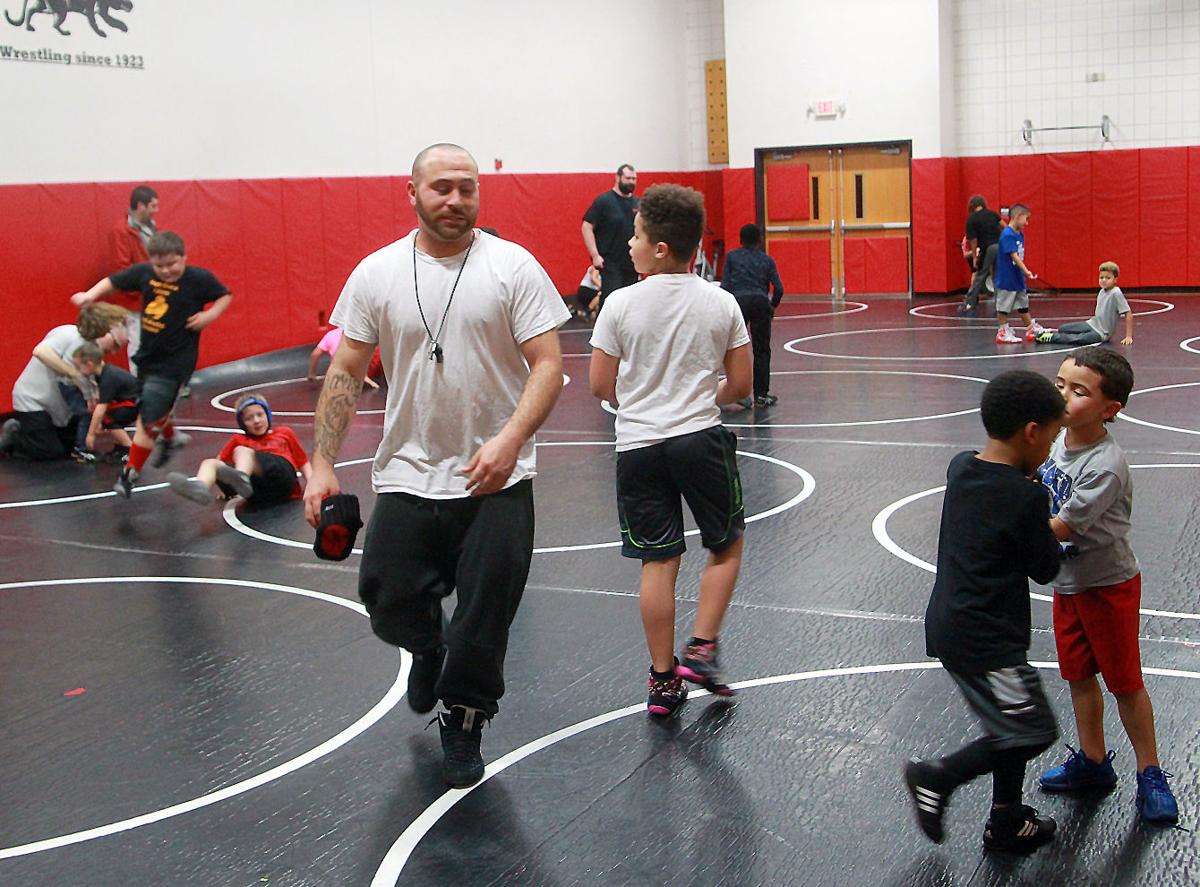 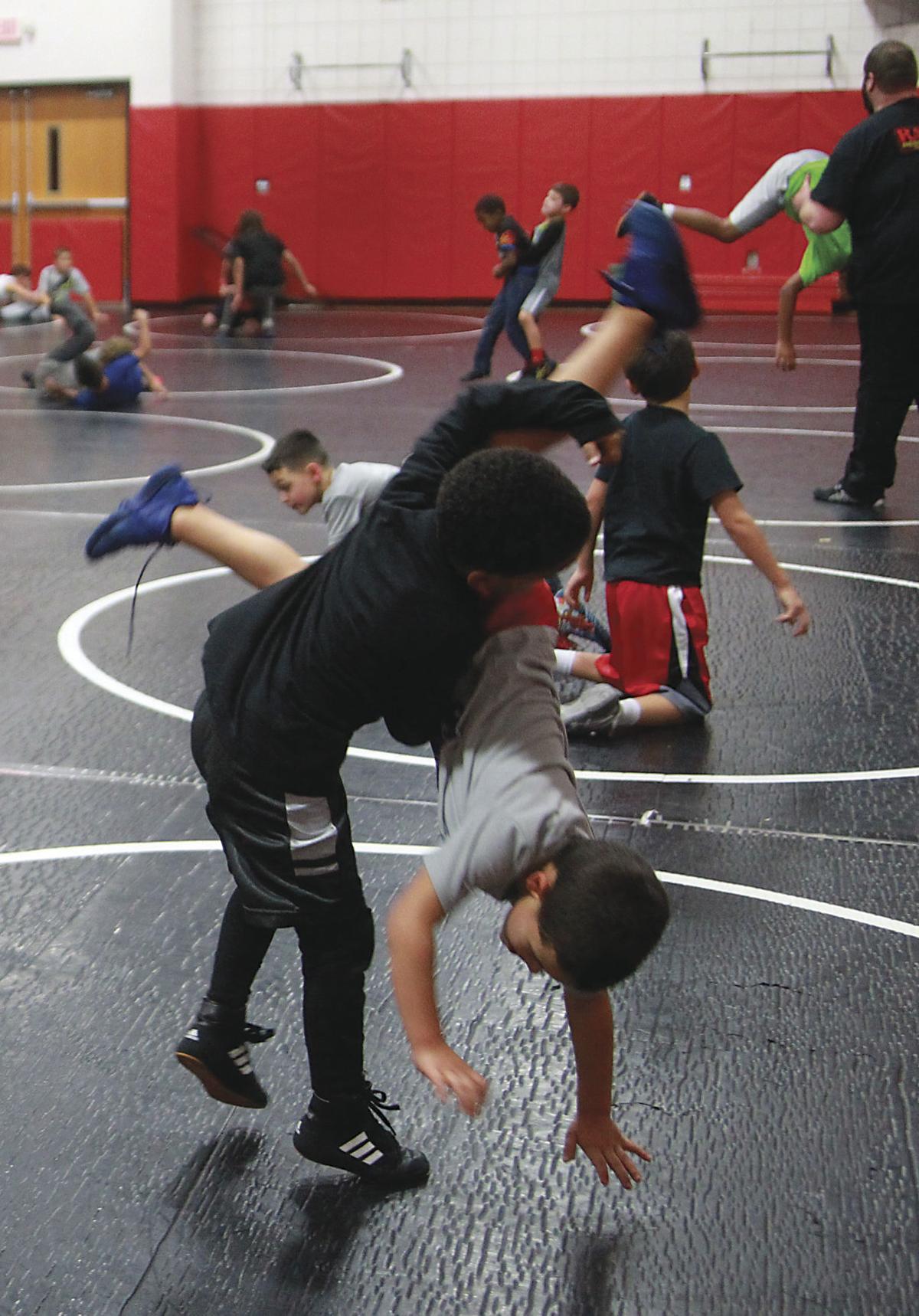 A pair of Geneva youth wrestlers work during a recent practice at Geneva High School. 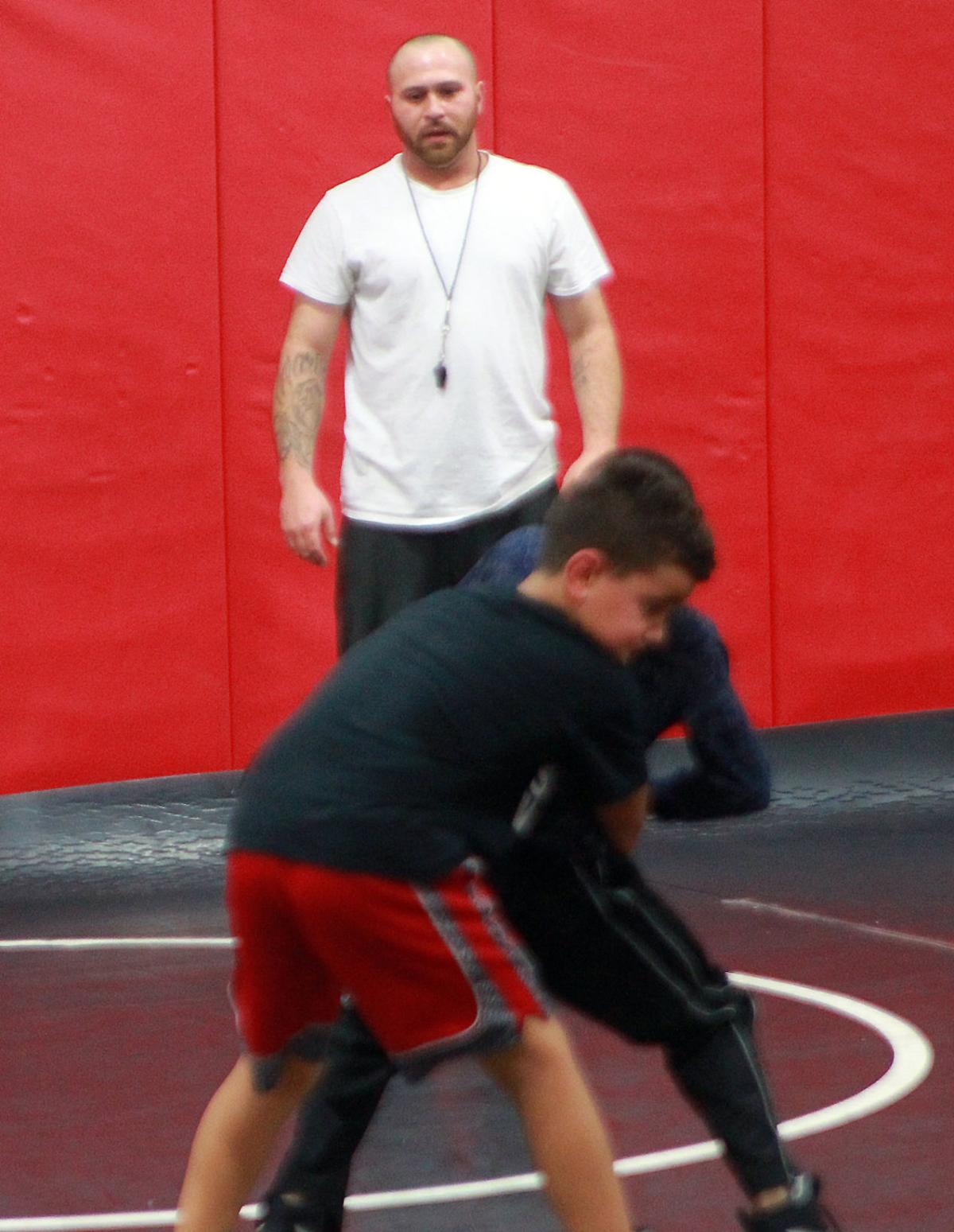 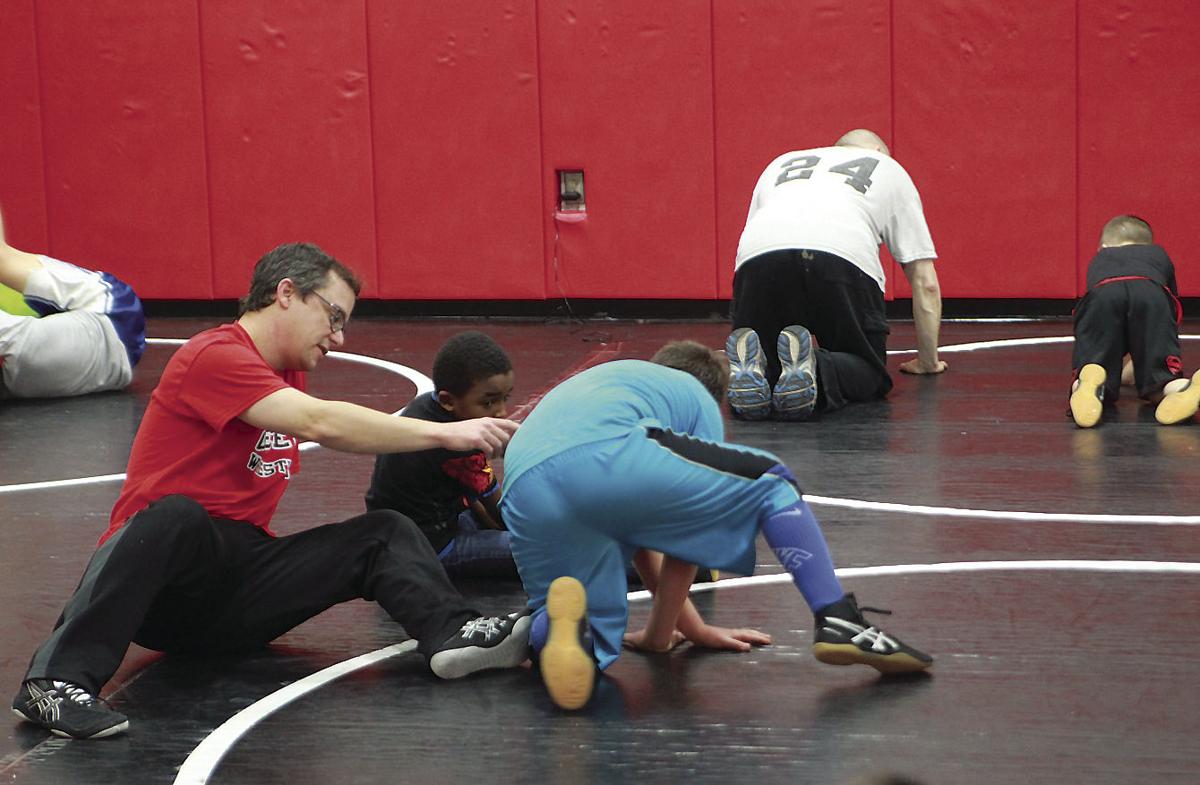 Chuck Schading, one of several parents who help coach, works with a pair of wresters during a recent Geneva Youth Wrestling practice.

Members of the Geneva Youth Wrestling program work out during a practice on Tuesday night at Geneva High School.

A pair of Geneva youth wrestlers work during a recent practice at Geneva High School.

Chuck Schading, one of several parents who help coach, works with a pair of wresters during a recent Geneva Youth Wrestling practice.

If you see a successful high school wrestling program, there is a good chance that there is a strong youth program working out of the same wrestling room.

Five years ago, there was no youth wrestling program in Geneva — but former Panthers standout Nick Mateo decided to change that.

Mateo, who had coached everything from youth to varsity wrestling in Waterloo, made the move to Geneva and started a youth program four years ago.

“My step son played flag football. They asked me to help coach and I essentially recruited the football players to come sign up for wrestling,” said Mateo on how he got the Geneva program started.

The program started slowly but has seen an increase each year, according to Mateo.

“We started with maybe 15. I didn’t really keep numbers back then, it was kind of like whoever came, came kind of thing. On a steady basis, we’ll have anywhere from 26 to 34 kids,” Mateo said.

Geneva High School coach Bill Hadsell is thrilled to have Mateo leading the charge at the youth level.

“Nick Mateo takes those kids wrestling everywhere. Those kids are really wrestling. He does a great job,” said Hadsell. “The future really is with those youth wrestlers coming in. If we can just keep hanging in there a little bit, we will start to see some growth.”

“Bill is a big influence on me to be honest with you ... I call him coach Hadsell to this day,” said Mateo, who graduated from Geneva in 2002. “Coach brought me up to varsity in eighth grade. I adapted a lot of moves that he (taught) and I kind of mastered by the time I was a senior and I teach the same group of moves today.”

Mateo, who won a sectional title for Geneva in 2002, believes there are enough athletes in Geneva to make the GHS wrestling program a powerhouse.

“The thing about Geneva is Geneva has a lot of athletes but there’s not enough people pushing them ... pushing the kids to go after something in life, instead of just, ‘let’s go walk the streets of Geneva,’” said Mateo.

Both Mateo and Hadsell are hoping the youth program can serve as a springboard for some of those athletes.

“I think it’s everything,” said Mateo of having a strong youth program. “Without a youth program you’re not going to build a camaraderie or the brotherhood. Some of my best friends to this day are from that peewee youth program.”

Hadsell credits Mateo for bringing youth wrestling back to Geneva.

“Nick coming in and being in the community and having a lot of support in the community has really made a huge difference,” said Hadsell, who also loves seeing parents helping out. “Just the support of the parents. You come into the peewee practice room, because they come in right after we get done, and it’s just really nice to see a whole bunch of parents.”

It’s because of the work of Mateo and the growing support from the community that Hadsell believes the Geneva wrestling program is poised to reach new heights over the next few years.

“Any of the future we have I really give a lot of credit to Nick coming up with the kids,” said Hadsell.