GENEVA — The Hobart football team had a much needed bye last week after getting throttled by Liberty League rival Ithaca, 34-0.

This week, the Statesmen bounced back and put forth a solid defensive effort to beat St. Lawrence handily, 35-3.

“The bye week was needed,” Hobart coach Kevin DeWall said. “I think our guys really had a physical first half of the season. We got back to some attention to detail and had some video work. We had some really good practices leading up through the bye week.” 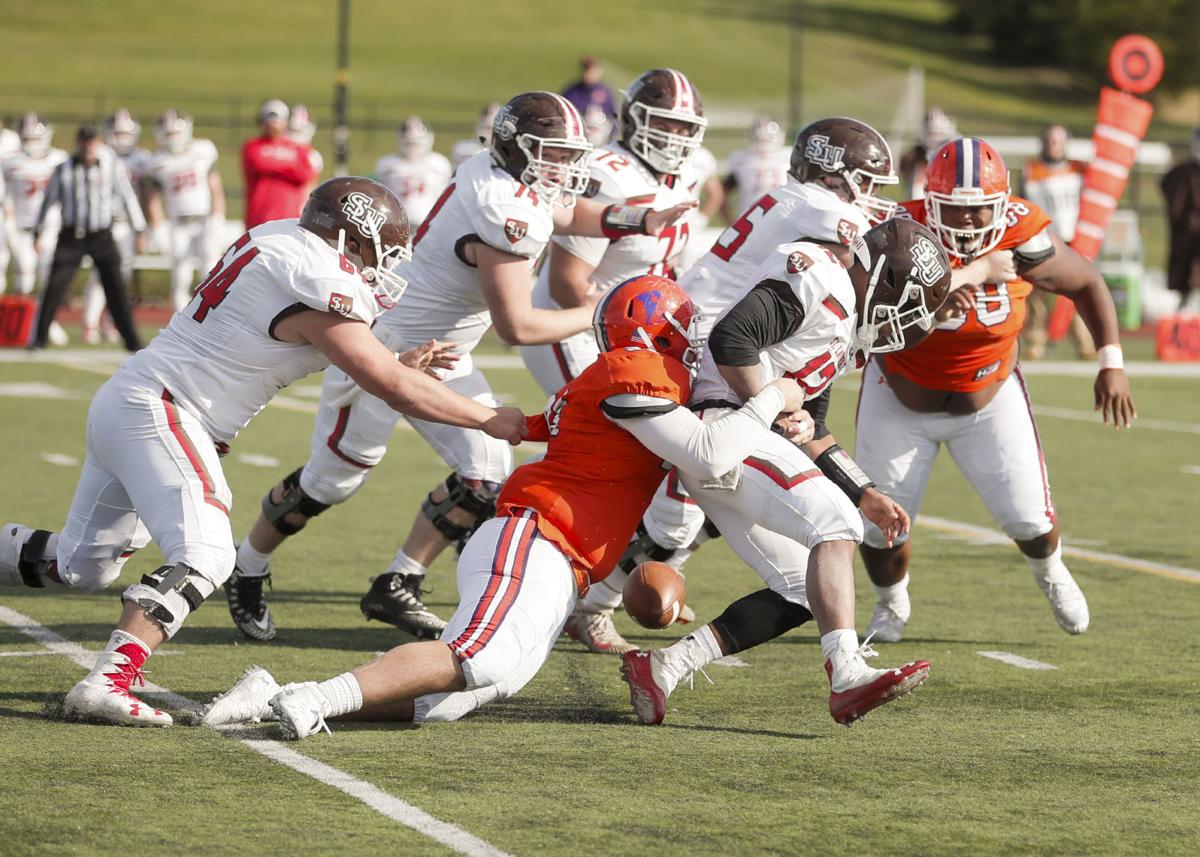 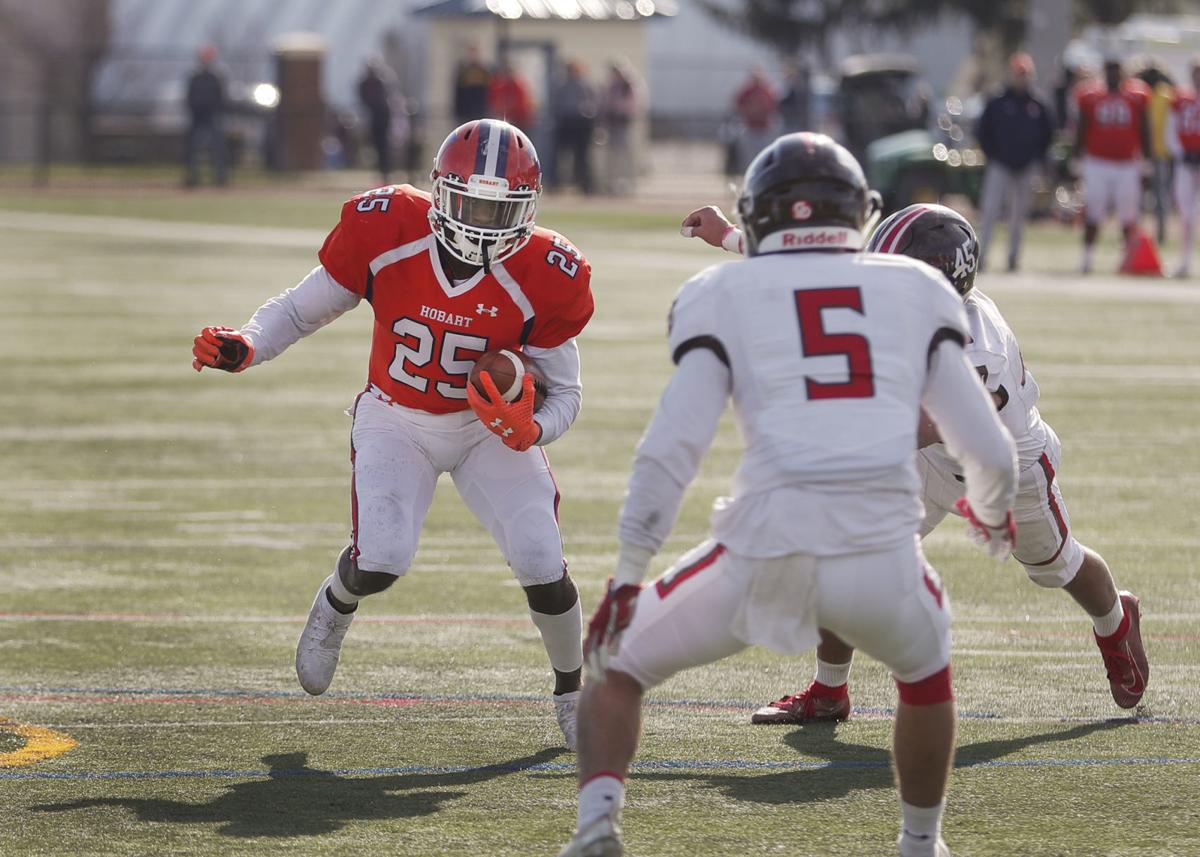 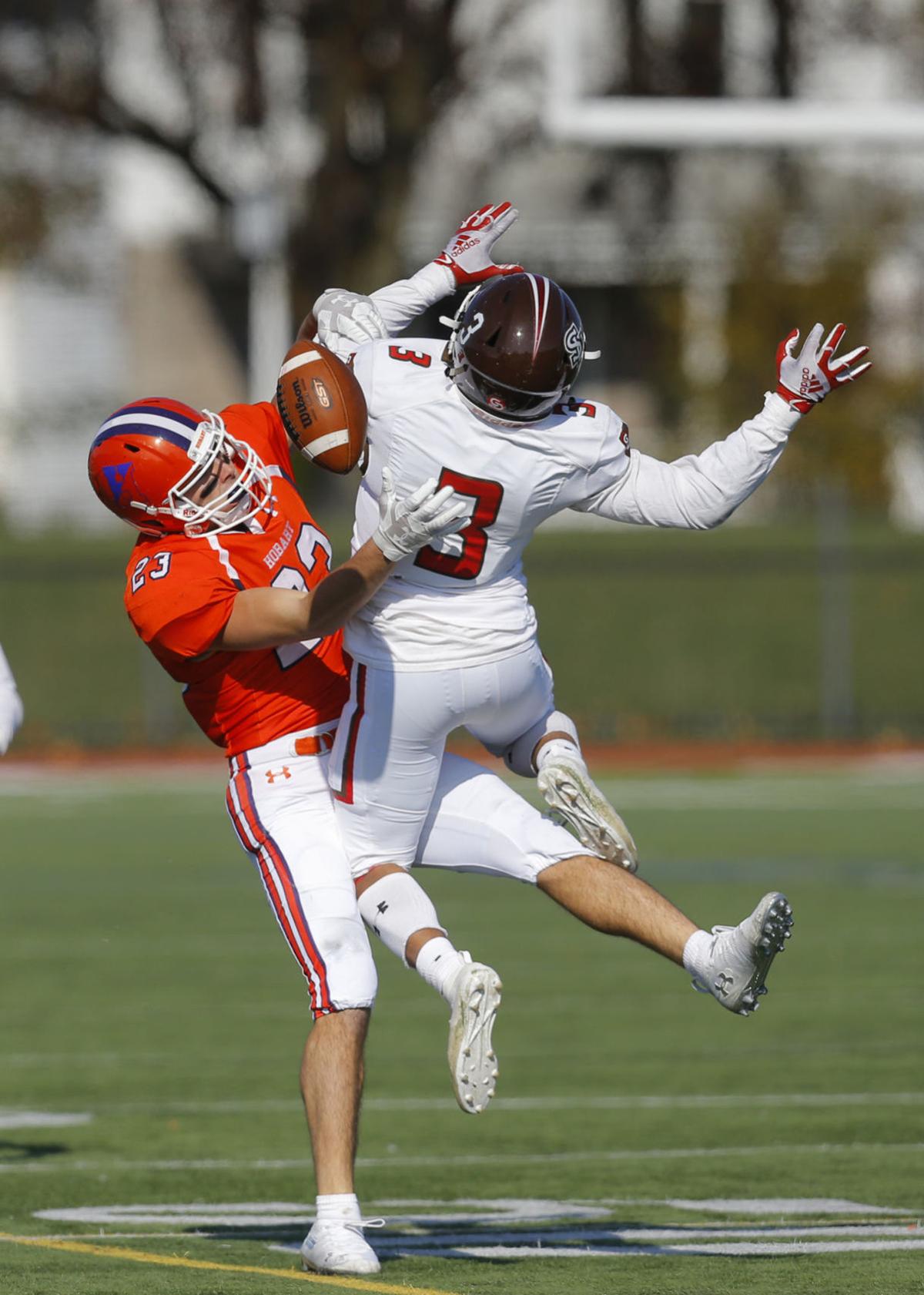 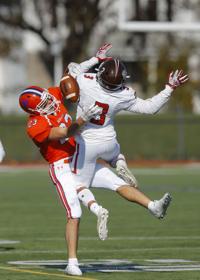 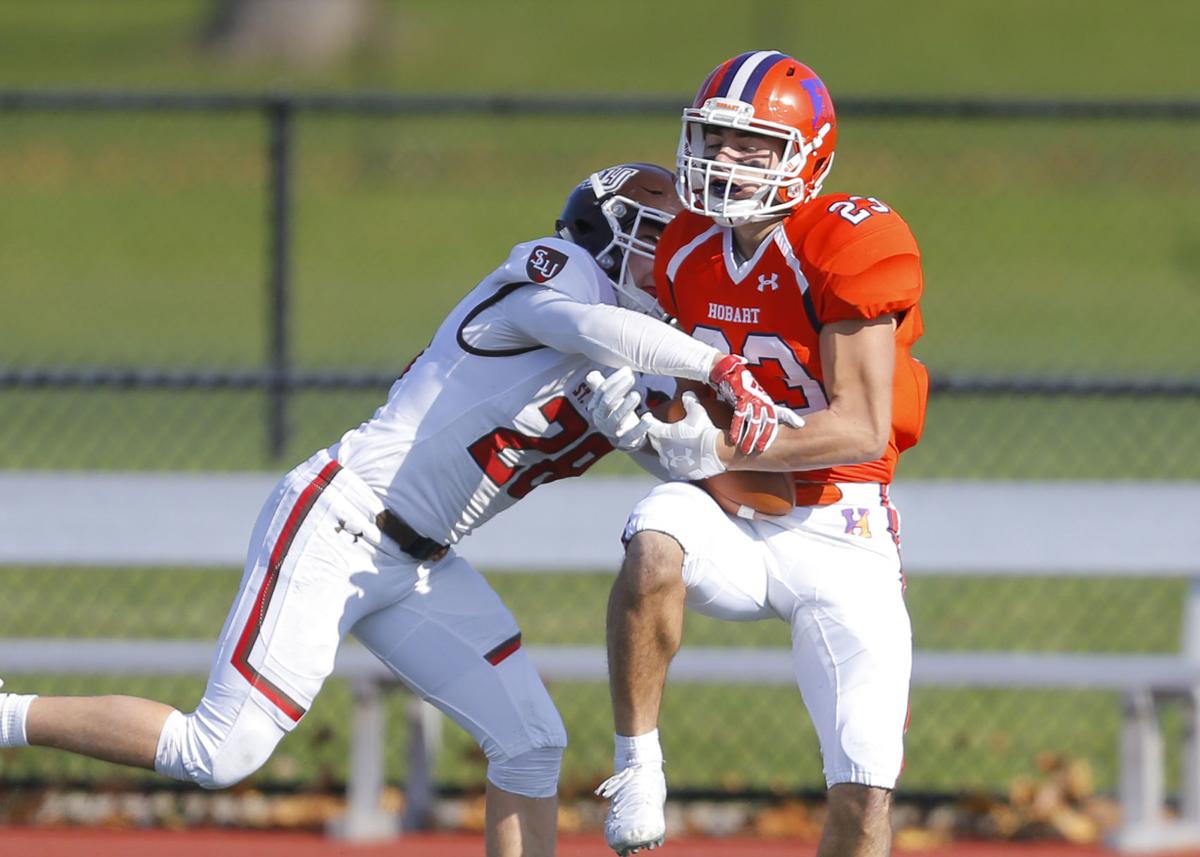 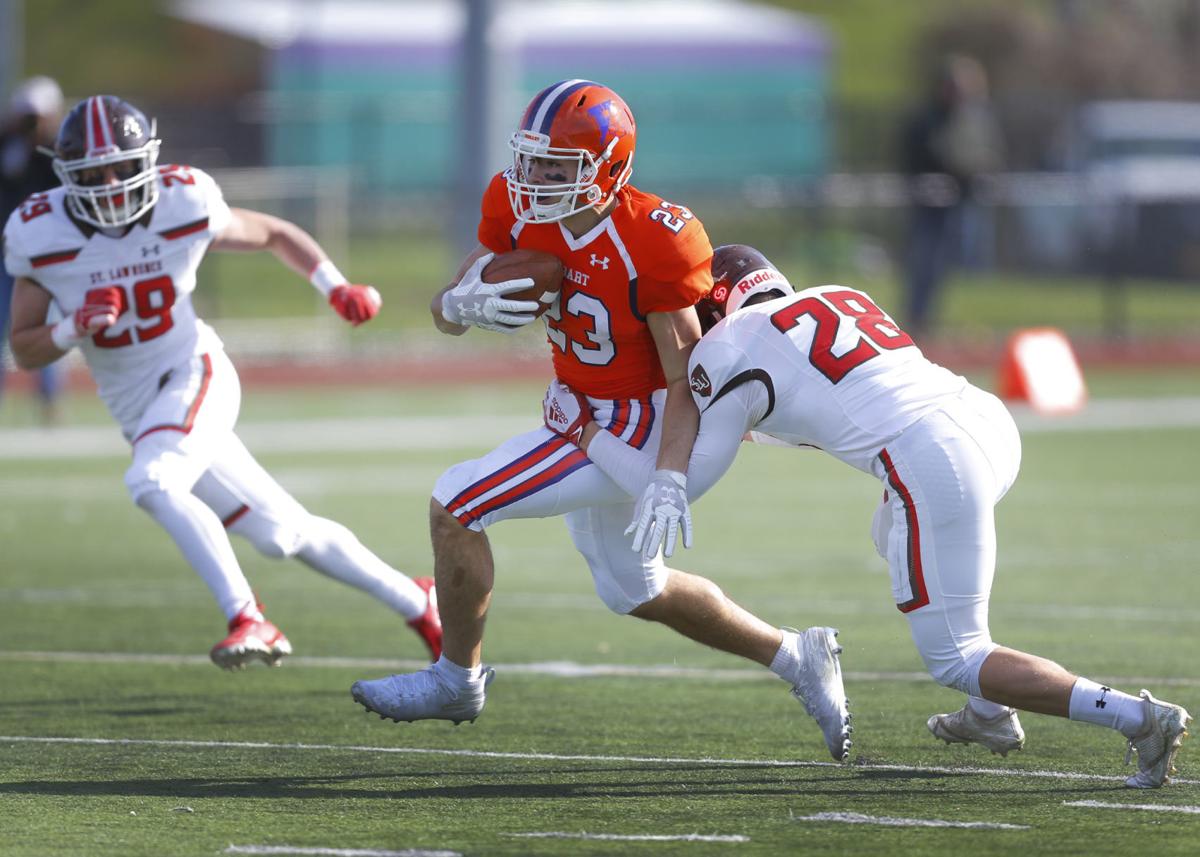 It looked as if the Saints were going to score on the game’s opening drive as quarterback Tyler Grochot completed a pass to wideout Anthony Ferraro, who was stripped by Hobart’s Jared Leake on the 5-yard-line. Senior free safety Andrew Koonz recovered the loose ball. Koonz also nabbed two interceptions in the game.

“We knew that St. Lawrence was a real pass heavy team,” Koonz said. “So we wanted to make sure that we kept everything in front of us and didn’t have any big plays over the top. The game plan worked perfectly, I was always in the right spot. It was just a great game plan going into today.”

Hobart (6-2, 2-2) would add to their lead when senior running back Brian Haeffner capped off an eight play 80-yard drive with a six-yard touchdown run. Haeffner also scored from 69 yards out in the opening stages of the third quarter. He finished the contest with 147 yards on 12 carries, average 12.2 yards per carry.

For Corey Linsley, ‘all signs are pointing towards snapping the ball somewhere else next year’

“St. Lawrence does a lot of cross blitzes,” Haeffner said. “I’ve got to give all the credit today to the offensive line. They are the hardest working guys on the field by far. While we’re all on the sideline doing special teams, they’re still in individuals doing what they can. I’ve got to give credit to the offensive line today they played their hearts out. Once they click, it’s pretty much hard to get anyone through that line.”

“There was a lot of individual effort on Rayshawn,” DeWall said. “Obviously he has great speed. They did a pretty good job at the point of attack. I told Jake Catalioto and Ryan Hofmann and a couple of other guys when he missed the direction was, ‘They did a good job of getting out and getting clean blocks without having any type of penalty for block in the back.’ As soon as he was able to skirt through, there weren’t very many people that were going to catch him in open space.”

Hobart claimed a 21-0 halftime lead thanks to Hofmann’s connection with Catalioto from 18 yards out with 19 seconds remaining. Hoffmann also connected with classmate Ray Conley from five yards out midway through the third. He finished 15-of-24 through the air for 174 yards.

The Statesmen defense was led by senior outside linebacker David McCarthy with eight tackles.

Hobart will host Buffalo State Saturday with a 6 p.m. kickoff. DeWall knows he’ll have to prepare for a very athletic Bengals team.

“We give every opponent due respect,” DeWall said. “I know Buffalo State is well coached and they are athletic. We use to scrimmage them in the past. So I know a little bit about them. We’re going to get after it tonight and tomorrow and make sure we put together a game plan for them. It’ll be a fun game here next week.”