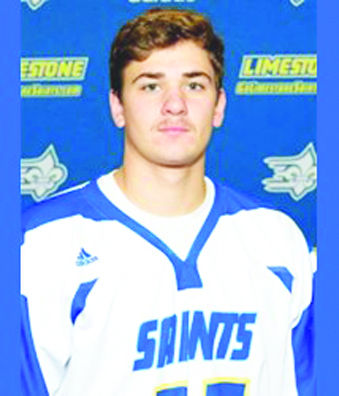 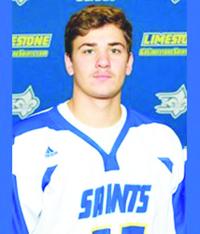 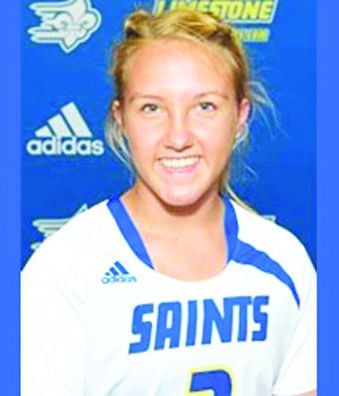 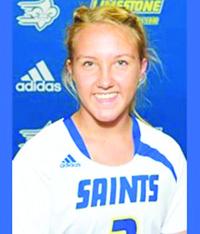 The Limestone men’s and women’s lacrosse teams are both ranked in the latest Division II national polls.

The men, the nation’s top-ranked team, started a key run of three road games Wednesday with a 24-6 rout of No. 15 Belmont Abbey.

The Saints women, who are ranked 11th in the IWLCA poll and 9th in the Lacrosse Magazine Top 15, play their last four games of the regular season on the road, starting Sunday at Lock Haven.

A pair of former Penn Yan standouts are playing significant roles for each team.

Ryan Maciejewski is a sophomore for the men’s team, while Courtney Lafler is making an impact as a freshman for the women.

Maciejewski has 19 goals and 11 assists in 14 games. He has been on fire of late with 11 goals and five assists in his last five outings. He’s recorded two hat tricks this season, both coming in the last four games. He contributed a goal and assist against Belmont Abbey as Limestone improved to 14-0 on the year.

As a freshman, Maciejewski delivered at least a point in 19 of the Saints’ 21 games and finished with 32 goals and 16 assists.

Division dreams? While Packers’ goals include much more, another NFC North crown could be theirs next week

Bye week report: 5 things the Packers must fix during the final 5 games to bolster their Super Bowl chances

Lafler has appeared in all 12 of the Saints games this season and has amassed 10 goals to go along with an assist. She’s put 16 of her 17 shots on goal, an impressive .941 shooting percentage.

Lafler scored a career-high two goals March 12 in a 9-8 setback to then-No. 12 Florida Southern. Since then, the Saints have won five out of six and improved to 10-2 overall.

Emily Strong (Lyons) was part of the Cardinals’ winning 400-meter relay team which crossed the finish line in 4:08.39. Sarah Coon (Red Jacket) clocked a state championship-qualifying time of 2:25.43 with her fourth-place finish in the 800-meter run. The time was 1.17 seconds off her own school record.