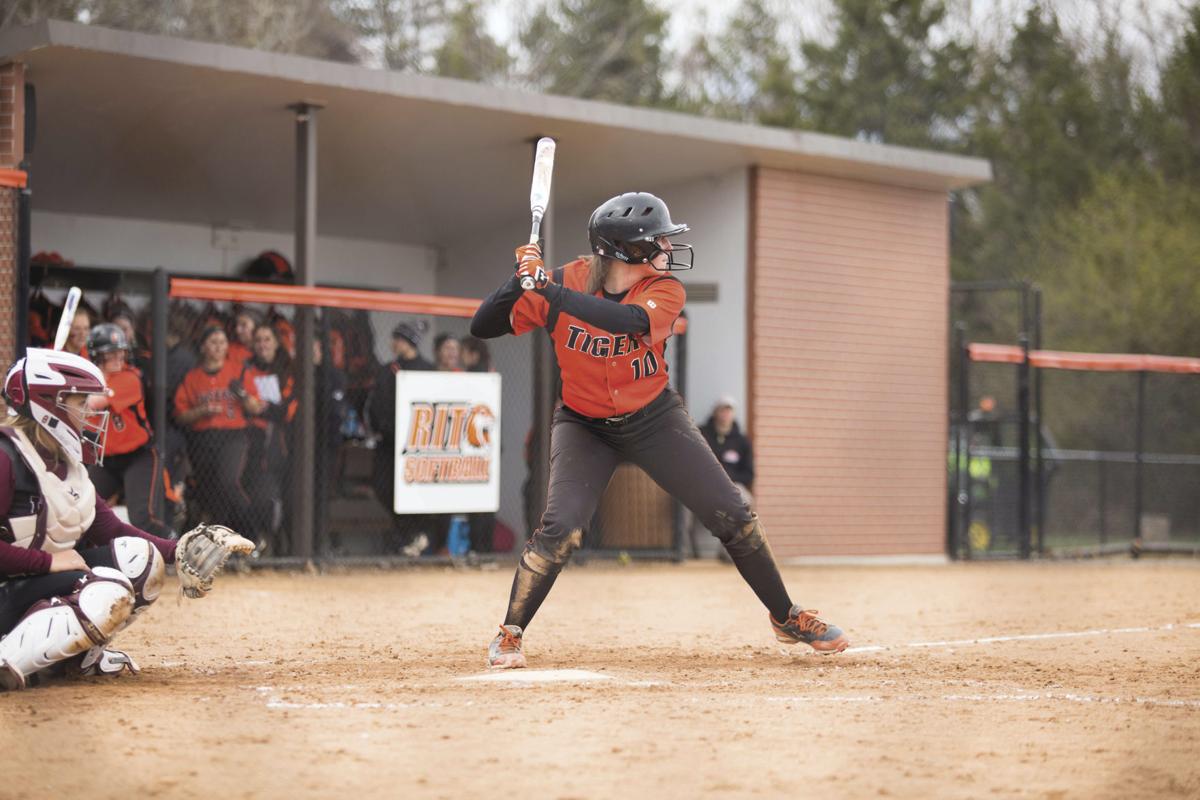 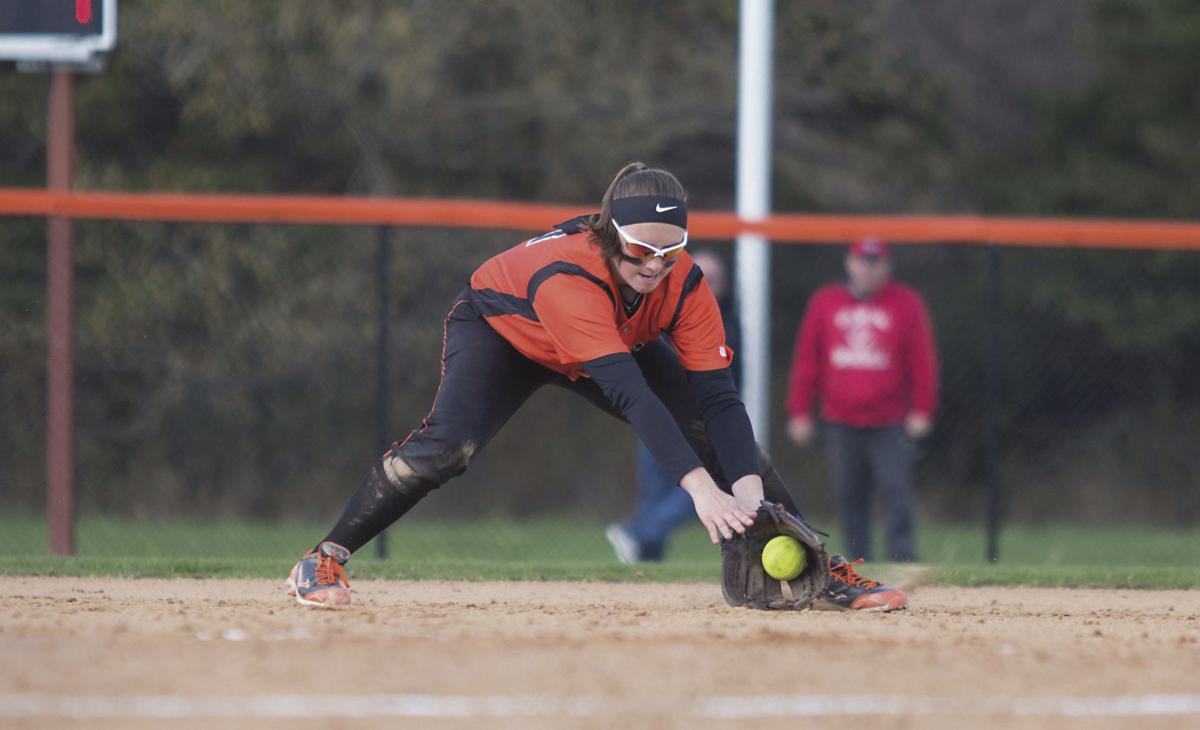 The Geneva High graduate fielded 95.4 percent of her 151 chances at shortstop during her freshman campaign at RIT. 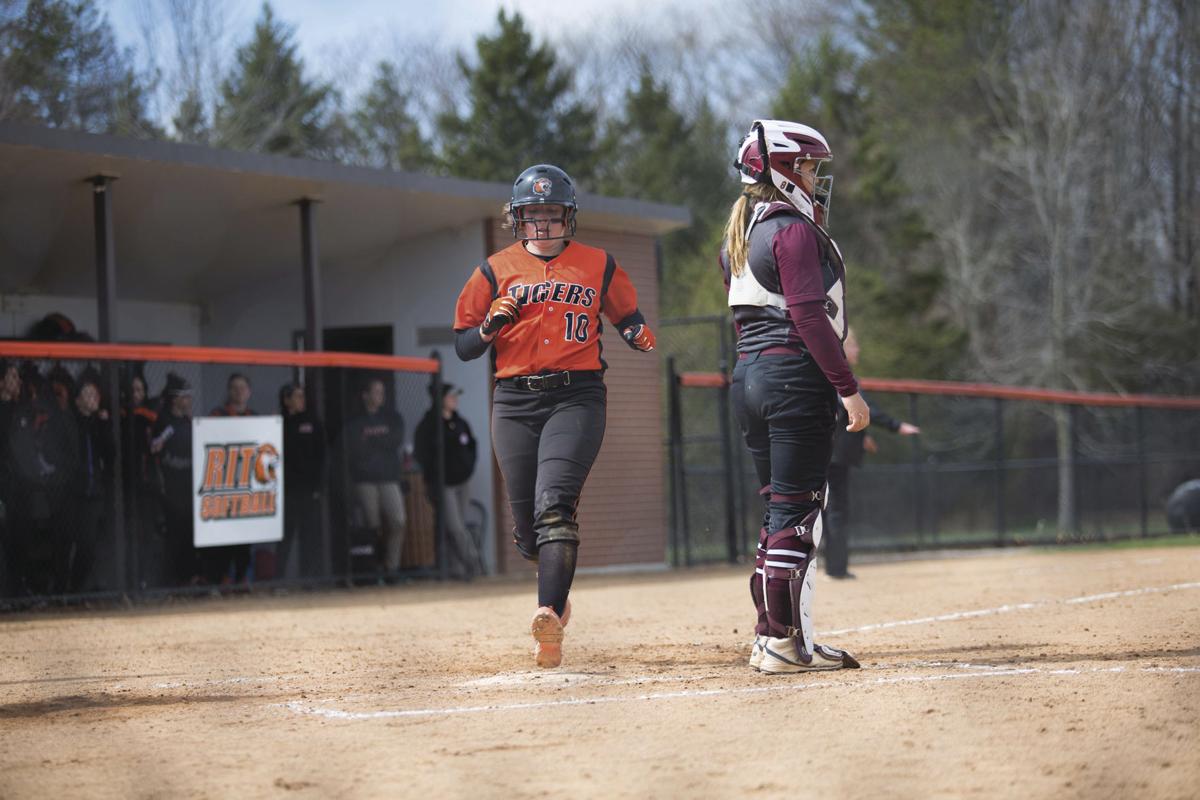 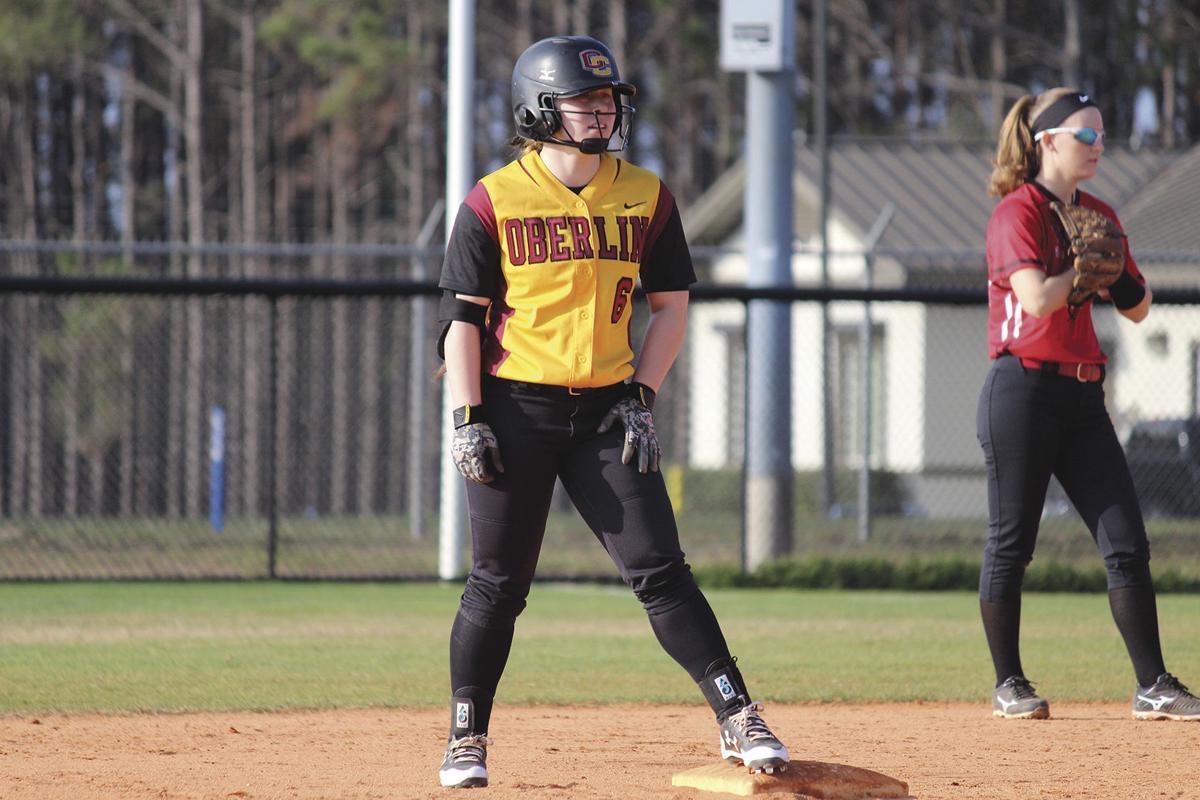 The Geneva High graduate fielded 95.4 percent of her 151 chances at shortstop during her freshman campaign at RIT.

Erin Guinan distinguished herself as one of the Finger Lakes East’s top softball players during her high school career at Geneva.

What she did in her first year of college was equally impressive _ if not more so.

The Rochester Institute of Technology freshman was named to the National Fastpitch Coaches Association All-Northeast Region first team last week. She was the only freshman selected to the first team, and the first Tigers player to garner a first-team berth since 2003.

The Liberty League’s Rookie of the Year led the conference with 55 hits and topped RIT with a .423 batting average. Her 80 total bases and 32 runs scored ranked second in the Liberty League. She belted 11 doubles and four home runs, drove in 25 runs, stole six bases and finished with a .460 on-base percentage and .615 slugging percentage.

Guinan, who was selected to the All-Liberty League first team and chosen as the conference’s Rookie of the Week four times, fielded 95.4 percent of her 151 chances at shortstop.

RIT finished the campaign 22-16, good for second place in the conference.

First-team all-region selections are eligible for selection to the All-America team. Those choices will be revealed at NFCA.org Wednesday night.

Guinan wasn’t the only former area standout to excel in college this season.

Waterloo graduate Tori Poplaski has spent her college offseasons working with hitting coach Jack O’Connor in her hometown. This season, she rewrote the Oberlin record book, highlighted by her seven-homer, 38-RBI senior season. Both figures set new single-season marks for the Yeowomen.

Poplaski led Oberlin with a .562 slugging percentage and was third on the team with a .355 batting average.

Thirty-one of Poplaski’s 111 career hits went for extra bases, including 11 round-trippers. She stole 15 bases in 22 attempts.

Poplaski started in 112 of the 113 games in which she appeared.