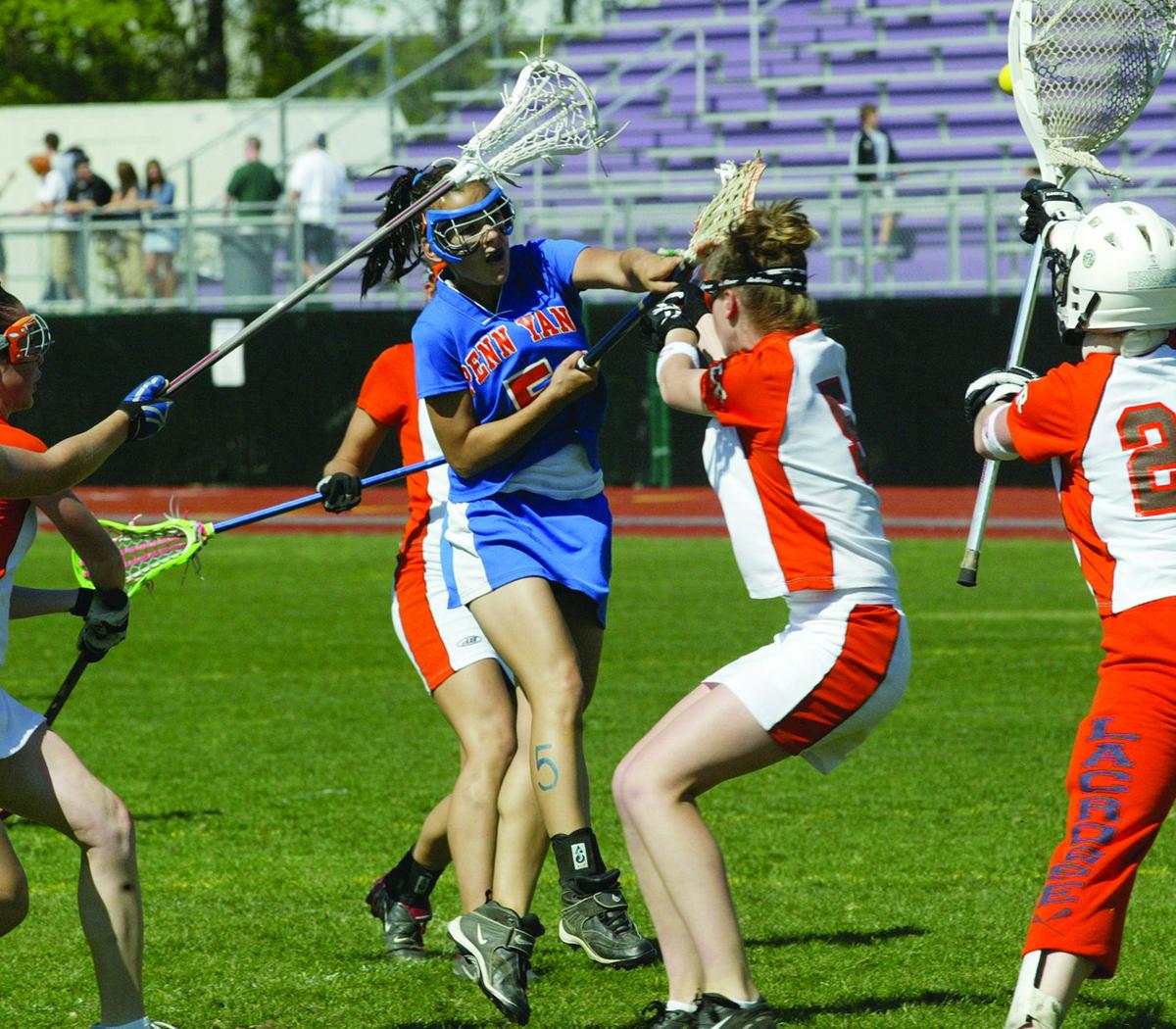 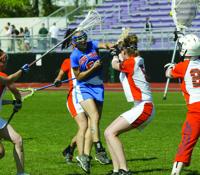 Kelly Lickert-Orr (then Kelly Lickert) is shown firing a shot on goal during a Section V girls lacrosse tournament game against East Rochester in May 2005. Lickert-Orr helped the Mustangs win a New York State Class B championship in 2004. 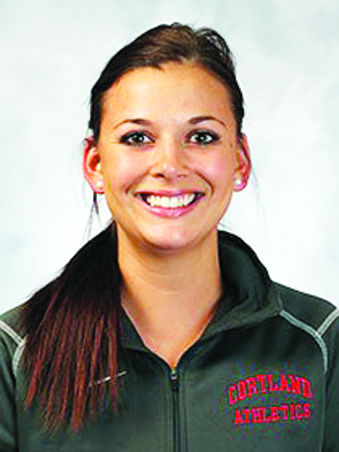 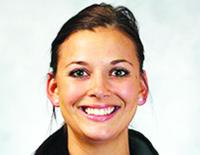 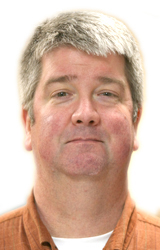 Kelly Lickert-Orr and SUNY Cortland women’s lacrosse fit each other to a “T.” The Red Dragons and their second-year head coach are a perfect match in terms of competitive spirit.

“I’m a very sore loser,” the Penn Yan alum said with a laugh Monday after Cortland improved to 8-0 with a win over William Smith.

Lickert-Orr has experienced more winning than losing on the lacrosse field. She helped guide Penn Yan to a New York State Class B championship in 2004. She played college lacrosse at Division II power Limestone College. While there she made three trips to the NCAA Final Four and graduated in 2009 as the all-time leader in points with 259, including 121 goals.

Lickert-Orr oversaw the Keuka College women’s program from 2011-14. During that time the Wolfpack boasted a 52-11 overall record, including 32-1 in the North Eastern Athletic Conference. She was a three-time NEAC Coach of the Year (2011, ’13, ’14) and led the team to back-to-back NCAA Division III tournaments.

All that coaching experience — and all that winning — has culminated in a sparkling start at Cortland.

Last season the Red Dragons finished 25-1 and captured their first D3 championship in the sport.

“It’s been a whirlwind, an amazing opportunity,” she said. “I love every second of it. It’s fun being part of such a great tradition.”

Being connected with tradition-laden programs has been the norm.

“Playing at Penn Yan and winning states, going to Limestone and making it to three final fours, it’s one of those things that’s been ingrained in me,” she added. “(Cortland) is a very fitting program for my style and the caliber of play that I was at in previous years.”

Lickert-Orr has taken the elements ingrained in her as a player at Penn Yan and Limestone and embraced them in her coaching career.

Division dreams? While Packers’ goals include much more, another NFC North crown could be theirs next week

Bye week report: 5 things the Packers must fix during the final 5 games to bolster their Super Bowl chances

If you look beyond the game, into practices and the offseason, you’ll find lessons she first learned under veteran Penn Yan coach Pat Queener.

“It’s a lot of discipline and holding people accountable for what they do on and off the field,” Lickert-Orr said. “It was the same kind of mentality and coaching style with Patty as it was with Scott Tucker at Limestone. It’s ingrained in me to make sure each and every kid is putting in the work to be successful.

“The transition from Keuka to Cortland, it was almost seamless because we had a lot of success at Keuka. The same types of things you expect out of any program you can translate to Cortland. I tell the kids going into every single game that on any given day any team can win. We need to make sure we’re taking care of the little things.”

Her experiences as a coach and player paid off in her rookie year leading the Red Dragons. Cortland lost in the national semifinals four straight years before last season.

“I told them when I went into the locker room for the actual (semifinal) game, I’ve been here three times myself too,” Lickert-Orr said. “It’s time for all of us to get over that hump. If you play 60 minutes of Cortland lacrosse you’re going to come out on top.

“It was fitting that after beating Middlebury, we would face Trinity in the finals.”

Lickert-Orr is one of several Penn Yan women and men who have made the transition from playing to coaching. Sometimes, when she’s on the road it becomes a mini-Mustangs’ reunion.

“It’s really cool when you go to the big tournaments or conventions and you see four, five and six people from Penn Yan,” she said. “There’s so many that are still in the game, and it’s so cool.”