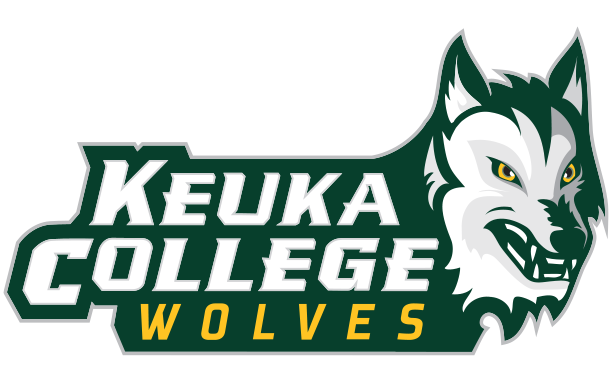 GENEVA — The Statesmen have reached a three-game win streak for the second time this season after shutting out Bard by a score of 4-0.

Nate Cary opened the scoring in the 11th minute with his team-leading sixth goal of the season. The goals were spread around the pitch as four different players registered a goal.

Senior Jack Bizub had his first collegiate goal in the 33rd minute and Kyle Patrick and Amad Miller notched goals in the second half to give Hobart its 12th victory of the season.

Neither team scored in the first half and in the second, the Nittany Lions opened up a 2-0 lead on the Wolves within 15 minutes.

Then, Keuka senior Chris Millard became a man possessed as he scored three goals in nine minutes on his final home game of his collegiate career. Entering the game, Millard had three goals on the season and finished the game with six to give Keuka the win on Parents & Senior Day.

ANNANDALE-ON-HUDSON — While the Statesmen took care of business at home against Bard, William Smith (12-1-1, 8-0) traveled a few hours southeast to shutout Bard (3-12-1, 0-8) in their most dominant victory of the season.

William Smith outshot Bard 23-2 and did not allow a single shot on goal throughout 90 minutes of play.

Not only was it a solid victory for the Liberty League-leading Herons, but all six goals were scored by different players. Elizabeth Moore, Seneca Blakely-Armitage, Julia Berg, Charlotte Carrau, Phoebe Wade and Sarah Gray all registered goals in the victory. Janne Kneike also registered two assists.

KEUKA PARK — At the same time the men’s team pulled off an incredible comeback, the Keuka women’s soccer team continues to dominate the North Eastern Athletic Conference with a 2-0 win for its 12th straight victory.

The Wolves (12-3, 9-0) managed to register 30 shots against the Nittany Lions (5-10, 3-6) and put home two of them. Julia Oglesby scored both goals with an assist from Emily McGuigan on the insurance goal in the 48th minute.

With the win, the Wolves went undefeated in the month of October, going 7-0 and outscoring their opponents 20-2.

Keuka allowed 21 shots on goal and only managed four shots on goal in the loss. Keuka’s lone goal came early and actually tied the game at 1-1 when Adele Fairbrother scored off assists from Nicole Wilson and Vanessa Wilkins.

After that, Castleton ran away with the game and scored six unanswered to send Keuka home with a devastating final loss of the season.

CLINTON — The HWS Cross Country teams traveled to Clinton for the Hamilton Invitational and both teams finished in second place behind the host school.

Leading the way for the Statesmen was first-year Jason Montecalvo who finished the 4-kilometer race with a time of 15:08.0, good for eighth overall and one of three Statesmen in the top 10.

As for the Herons, Mikayla Gullace paced the team as she was the first of three to finish in the top 10 with a 3-kilometer time of 12:02.1 and placed fifth overall.

WILLIAMSPORT — Keuka snapped its losing streak and won both matches of a doubleheader against Penn St.-Berks and Penn College.

Keuka (7-16, 4-6) wins its first two games of October with the two wins and has three more matches to play in the regular season.

Ithaca, which currently sits in second place in the Liberty League standings, found itself up against a tougher opponent than it might have planned for as William Smith outplayed and outshot the Bombers.

New head coach R.C. Weston had the women prepared as they won 10 out of 11 events to begin the year.

Sophomore Katie Mullin dominated the meet as she began with a win in the 400-yard medley relay with a time of 4:28.30 with junior Sarah Berman, sophomore Robin Kirchgessner and freshman Avery Palma.