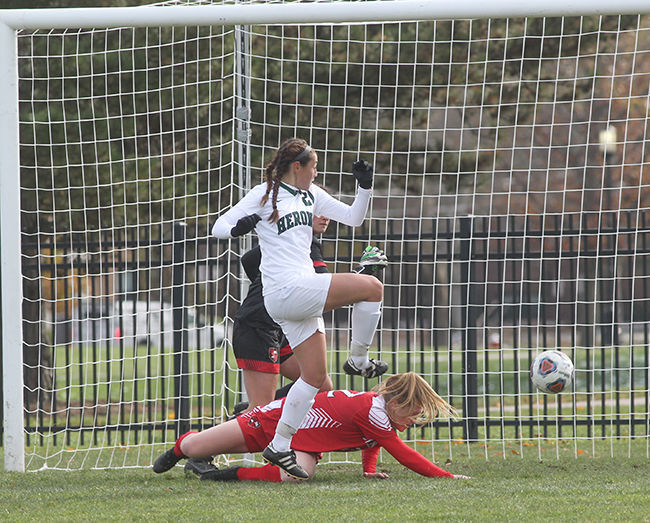 Mariah Deschino (21) scores a goal right in front of the St. Lawrence goal in the second half of William Smith’s 2-0 win the Liberty League semifinal. 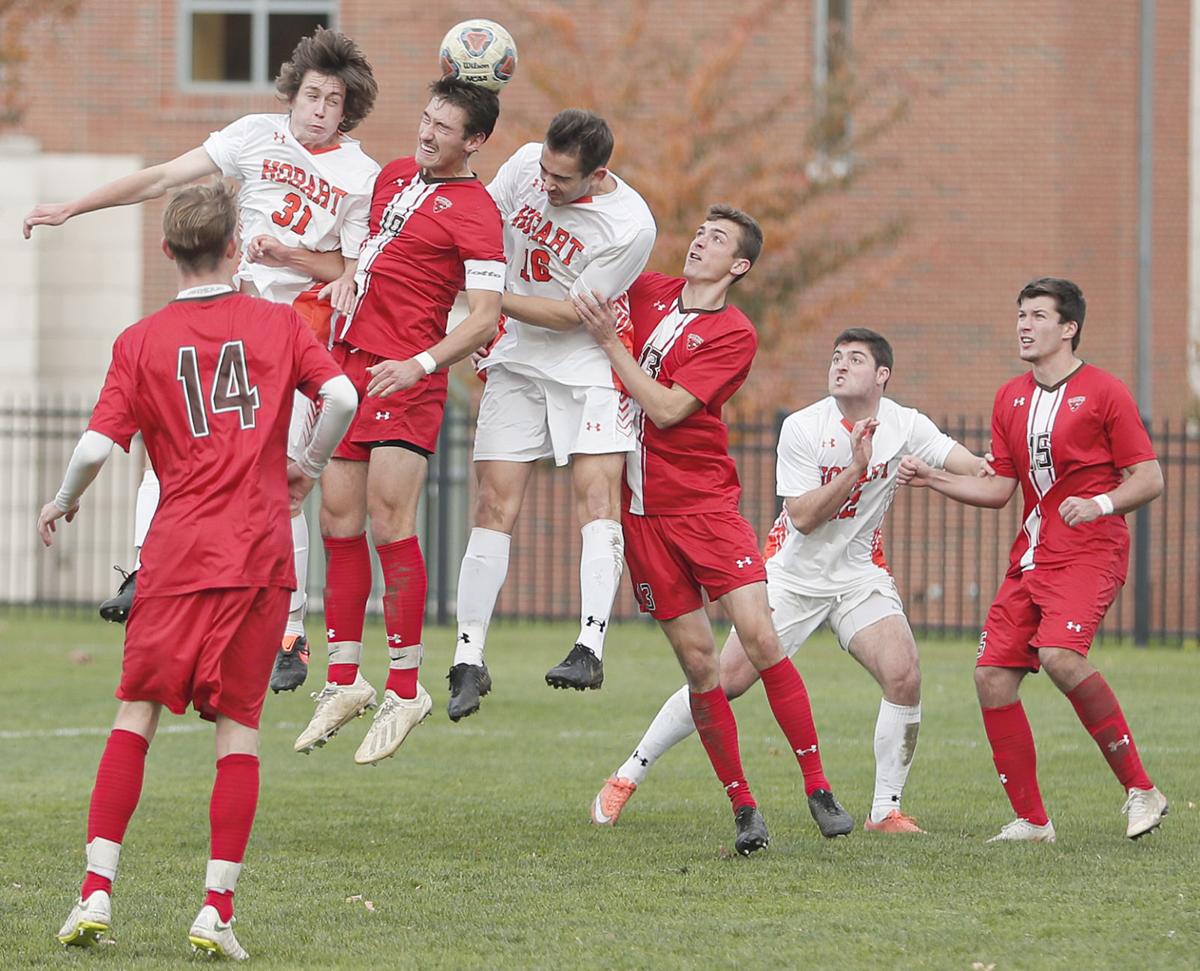 Mariah Deschino (21) scores a goal right in front of the St. Lawrence goal in the second half of William Smith’s 2-0 win the Liberty League semifinal.

GENEVA — It was another incredible Liberty League championship for the William Smith soccer team, which defeated Vassar 1-0 Sunday to win their 13th straight conference title.

The Herons (16-1-1) enter their 30th NCAA tournament on a 12-game win streak, but cannot rest on their laurels as there is plenty of soccer yet to be played — and on a bigger stage.

In the first round of the NCAA Division III Women’s Soccer Championship, the No. 2-ranked Herons will host Utica at 11 a.m. Saturday at Cozzens Field.

The Pioneers (12-5-1) enter the tournament having beaten St. John Fisher and Hartwick by 1-0 scores to win the Empire 8 Athletic Conference for the first time in program history.

Utica is riding a four-game win streak and presents an interesting challenge for the Herons. The last time the two teams met was 2006, when William Smith defeated the Pioneers in penalites to win the ECAC Upstate tournament.

That also was the last year William Smith did not win the Liberty League crown.

As far as crossover matchups, the only common opponent William Smith and Utica have faced this season is Clarkson. Utica fell 2-1 to the Golden Knights, while William Smith cruised to a 5-0 victory back on Oct. 5.

The last time the Herons allowed a goal was against Vassar Oct. 12. The Pioneers have outscored opponents 11-1 in four games since their last loss, Oct. 23 against Nazareth.

On the Hobart side of the ball, the Statesmen (14-4-2) are fresh off winning the third Liberty League championship in program history, a 2-1 victory over Clarkson Sunday.

Hobart will travel to Lancaster, Pa., to face off against high-flying Montclair State, whose offense has scored 58 goals compared to Hobart’s 35. The contest, on the campus of Franklin & Marshall, is slated for 3:30 p.m. Saturday.

Montclair State (16-4-1) has won its last six games, including a 2-1 victory over Stockton and a 1-0 win over Rowan to claim their second New Jersey Athletic Conference championship in as many years.

The Statesmen’s stingy defense, which sports a 0.70 goals-against average, will look to shut down the Red Hawks offense. The Red Hawks and Statesmen have no common opponents this season, and this will be the first time the two programs have met.

Hobart is makings its first appearance in the NCAA tournament since 2017.