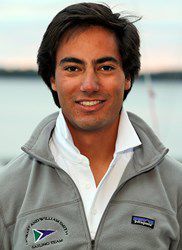 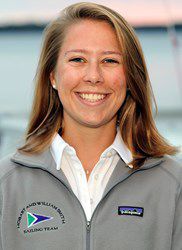 ITHACA — With fall arriving this week, and winter next in line, boaters everywhere try to get as much time on the water as possible.

The same goes for the Hobart and William Smith Colleges sailing team, which is off to a flying start once again. HWS competed in four regattas last weekend across the Northeast.

The Colleges’ four-team split squad competed for the Faye Bennett Trophy in Annapolis, MD as well as MAISA Laser Eliminator in the same city and also traveled to the Bronx and Ithaca.

Meanwhile, the team that headed to the Bronx for the Jesuit Invite placed second among 18 teams. The senior-sophomore skipper-crew duo of Ian Beckley and Caroline Martocci finished second with 63 points, seven behind Fordham. They placed in the top 10 in 13 of 14 races, including three first-place finishes.

The MAISA Laser Eliminator serves as a qualifying race for the Carl Van Duyne MAISA Men’s Singlehanded Championship next weekend. The top six sailors advanced. Freshman Collin Porter finished fourth and will join teammates Charles Carraway and Jake Vickers, both of whom qualified the weekend of Sept. 7-8, at the championship

HWS will compete in two more regattas this coming weekend. Porter, Carraway and Vickers will be sailing for the Carl Van Duyne Championship in Annapolis, while some of the rest of the team will compete in a combined regatta in Ithaca.

HWS has won three of the seven regattas it has sailed in this month.

LEGAL NOTICE Notice of Formation of Maybury WayKen Up Cattle