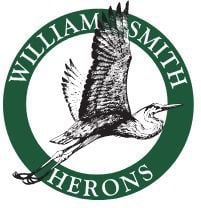 Morrison has been playing professional basketball for Coopenae San Ramón in the country’s first division for women’s basketball since her graduation in late May.

As of July 30, Morrison’s team sits in second place and is gearing up for the postseason.

Morrison made her presence felt everywhere on the court. She averaged 18.8 points and 9.7 rebounds while leading the Herons to a 17-9 record and their third straight Liberty League tournament appearance.

The team Morrison is playing for is in its first year of inception. Not only is she learning how to be a full-time professional basketball player, she is also serving as a mentor to her teammates.

Following the conclusion of the season in Costa Rica, Morrison is pondering where her professional career will take her next. According to her sports agency, Alfa Globe, Morrison has drawn interest from teams in Germany, Italy, Serbia, Slovakia and Slovenia.

The pickle Morrison finds herself in is that her contract withCoopenae San Ramón runs through August, while most European basketball leagues begin before then.

If she is unable to continue playing professionally, Morrison tells hwsathletics.com that she plans to return to the United States and maybe enter the sports business. She was an intern for the Philadelphia Phillies in 2017 and 2018.

While Morrison has a lot on her horizon, she is likely putting all of her energy at the moment into making a deep playoff run with Coopenae San Ramón.