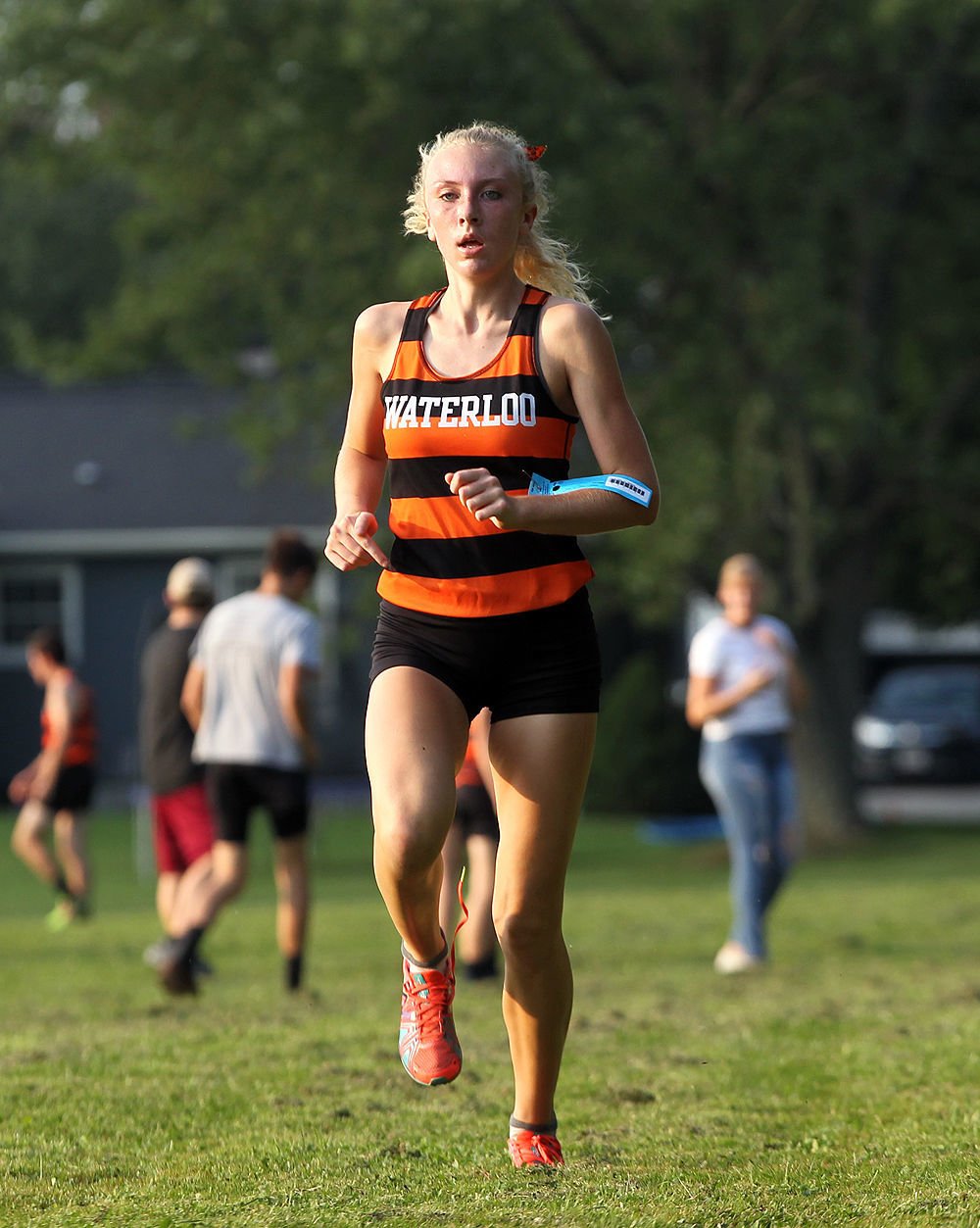 Waterloo’s Riley Corey heads toward the finish line ahead of the pack in Tuesday’s Wayne-Finger Lakes race. 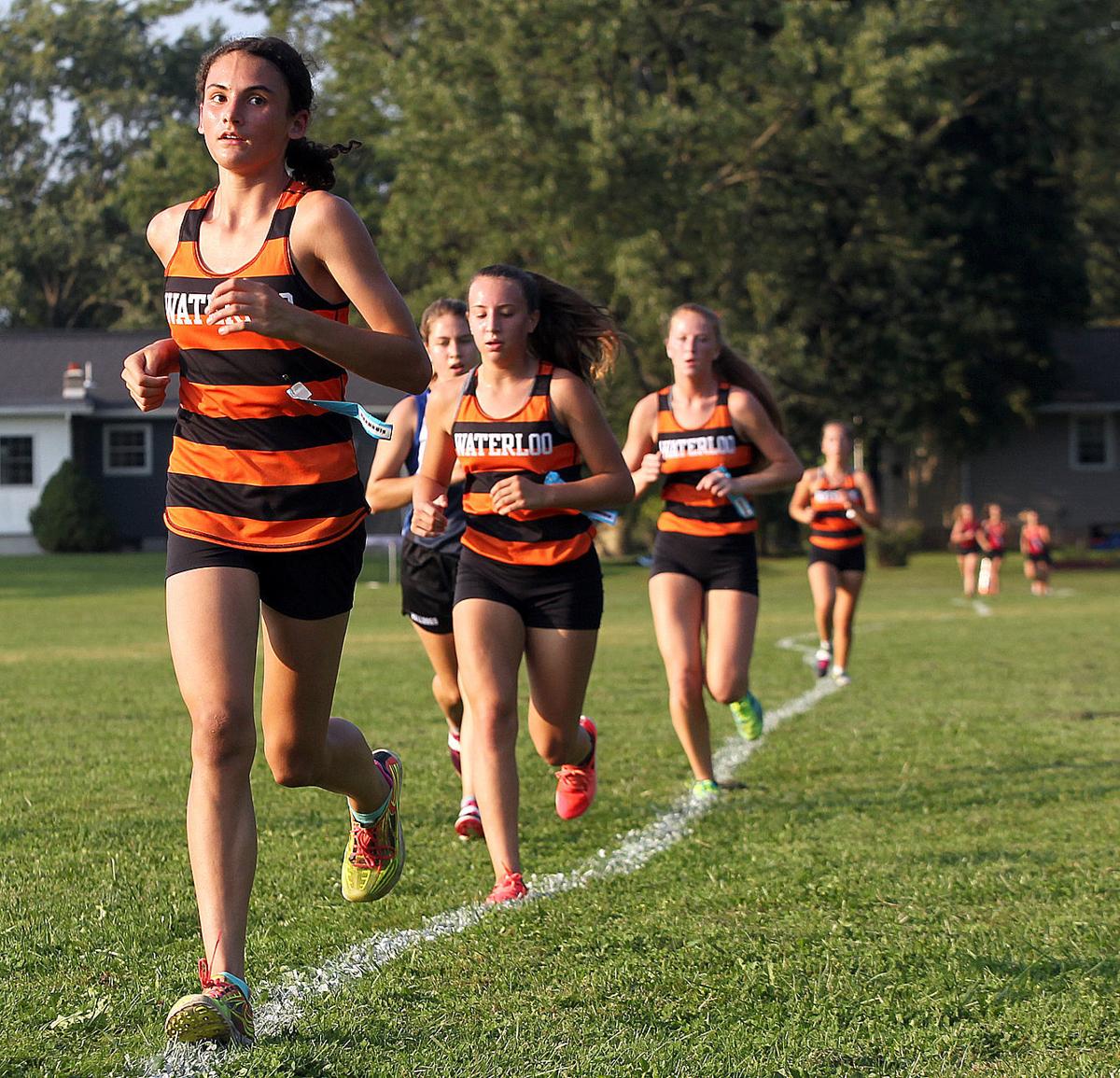 Waterloo’s Riley Corey heads toward the finish line ahead of the pack in Tuesday’s Wayne-Finger Lakes race.

WATERLOO — A week after beginning her final Wayne-Finger Lakes season with a third-place finish, Riley Corey finished in the spot every runner craves.

The Waterloo High School senior rolled to a victory in Tuesday’s meet on her home course. Corey completed the 5-kilometer course in 20 minutes, 19 seconds.

The Indians dominated the team scoring, topping Honeoye 19-36 and Red Creek 15-40. Waterloo also earned a victory over an incomplete Bloomfield/Naples squad to improve to 5-1 on the young season.

Honeoye’s Audrey Gillette was runner-up in 21:32.

Boys: Honeoye junior James Hallett authored a fine individual performance. His time of 17:18 was 37 seconds better than runner-up Andrew Deming of Red Creek, and it helped the Bulldogs down Waterloo, Bloomfield/Naples and Red Creek in the team scoring.

A pair of Waterloo seniors placed third and fourth. Nick Page crossed the finish line in 18:27, while Ryan Frisbee clocked in at 18:53.

Host Wayne defeated Geneva 25-33 and also conquered Marion and Midlakes. The Eagles prevailed by placing their five scoring runners in the top 10.

Boys: Newark’s five scoring runners finished in the top 13, and the Reds’ seven entrants all placed in the top 15, to key a 26-33 triumph against Mynderse. Newark also downed Palmyra-Macedon and Red Jacket.

Girls: Newark’s Trinity Wells made it two victories in as many weeks, covering Red Jacket’s 3.1-mile layout in 20:41. That was 2 minutes better than runner-up Lauren Case of Palmyra-Macedon.