You are the owner of this article.
Edit Article Add New Article
You have permission to edit this article.
Edit
Welcome, Guest
Home
COVID-19
News
Sports
Obits
Business
Living
Opinion
Multimedia
Classifieds
+ More
Share This
1 of 6 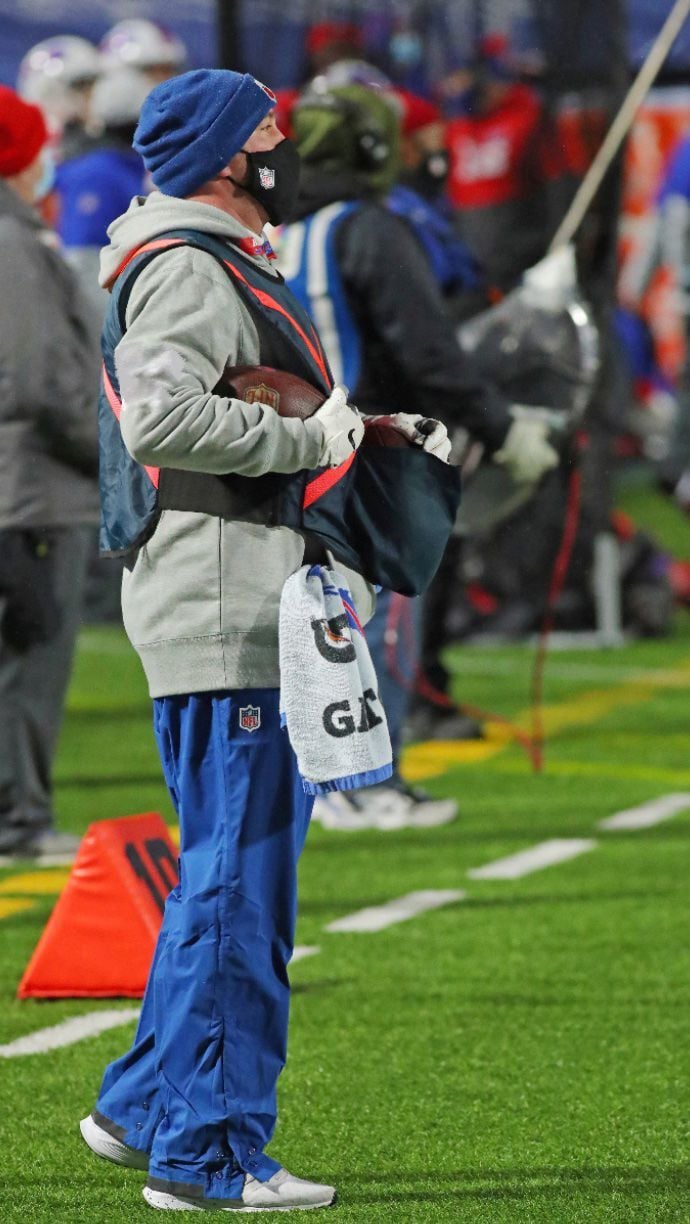 One of Preston Teague’s many jobs this past season has been to help out on the sideline. Teague looks on from the sideline during the Ravens-Bills game from last weekend. 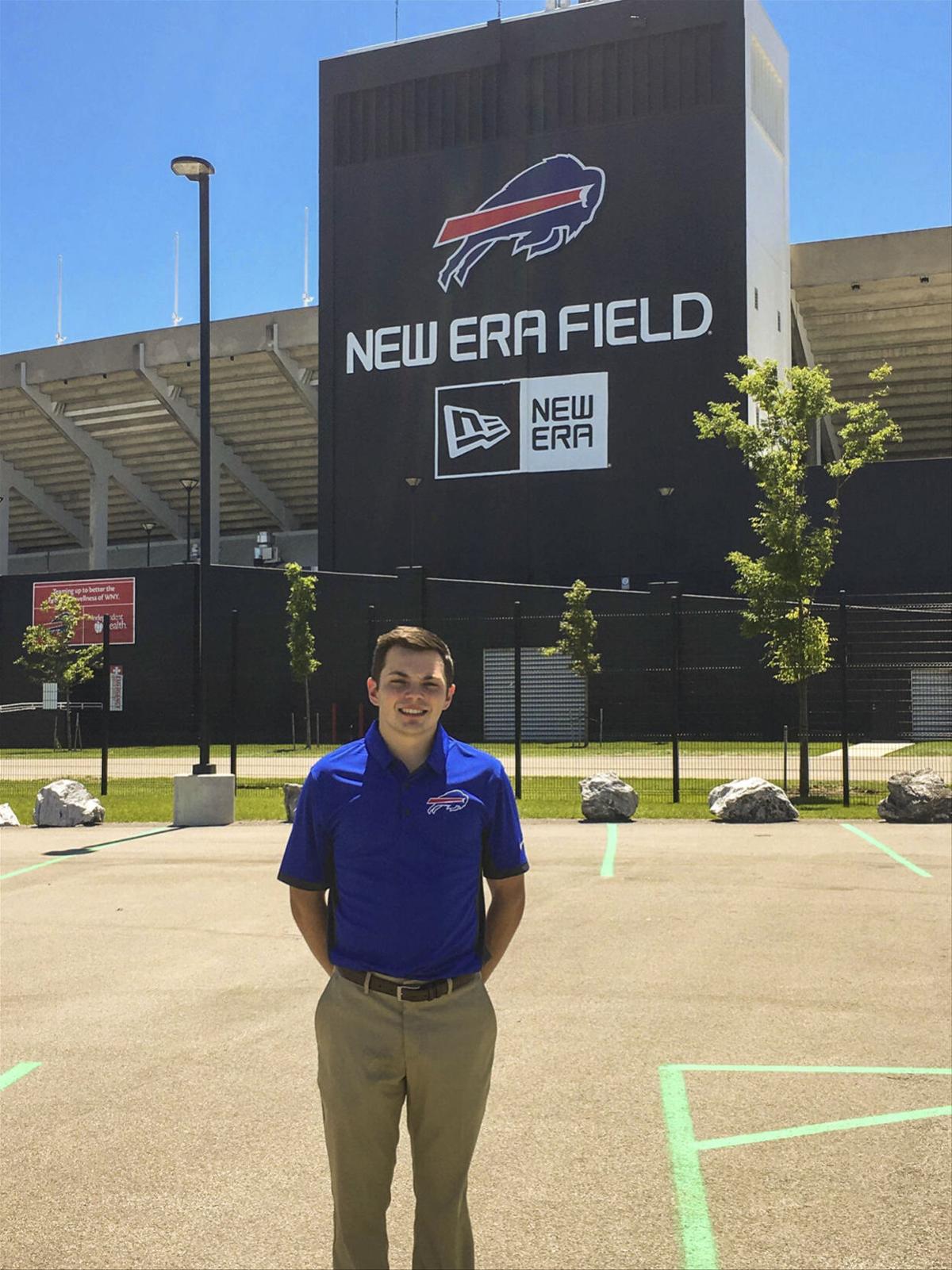 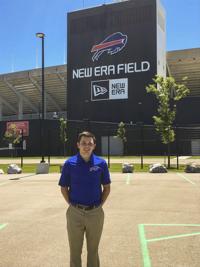 Ryan Moore stands outside of then-named ‘New Era Field’ during his internship in 2017. 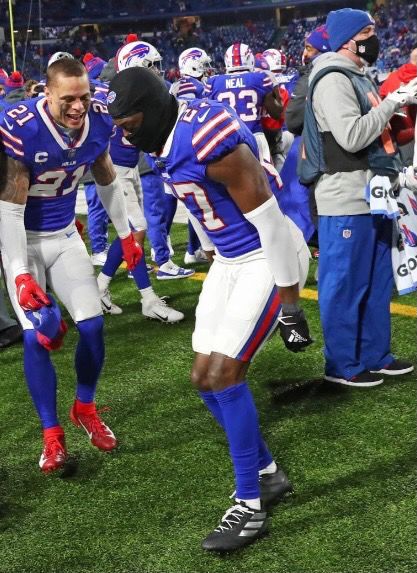 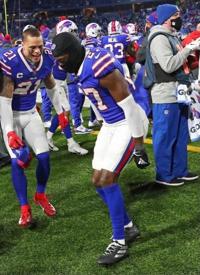 Bills safety Jordan Poyer (21) and cornerback Tre’Davious White (27) dance on the sideline with Teague just behind them. 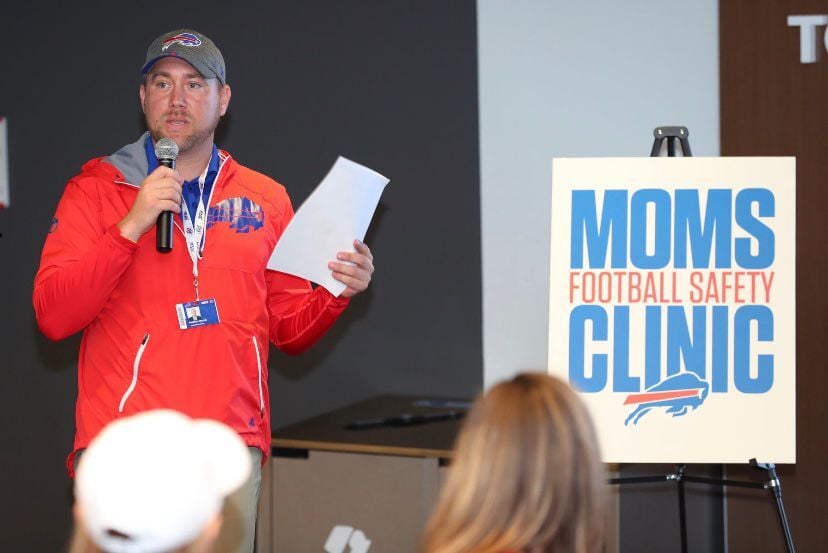 Preston Teague ran clinics that connected with the community prior to the pandemic. These days, meetings like the one depicted here are all done virtually. 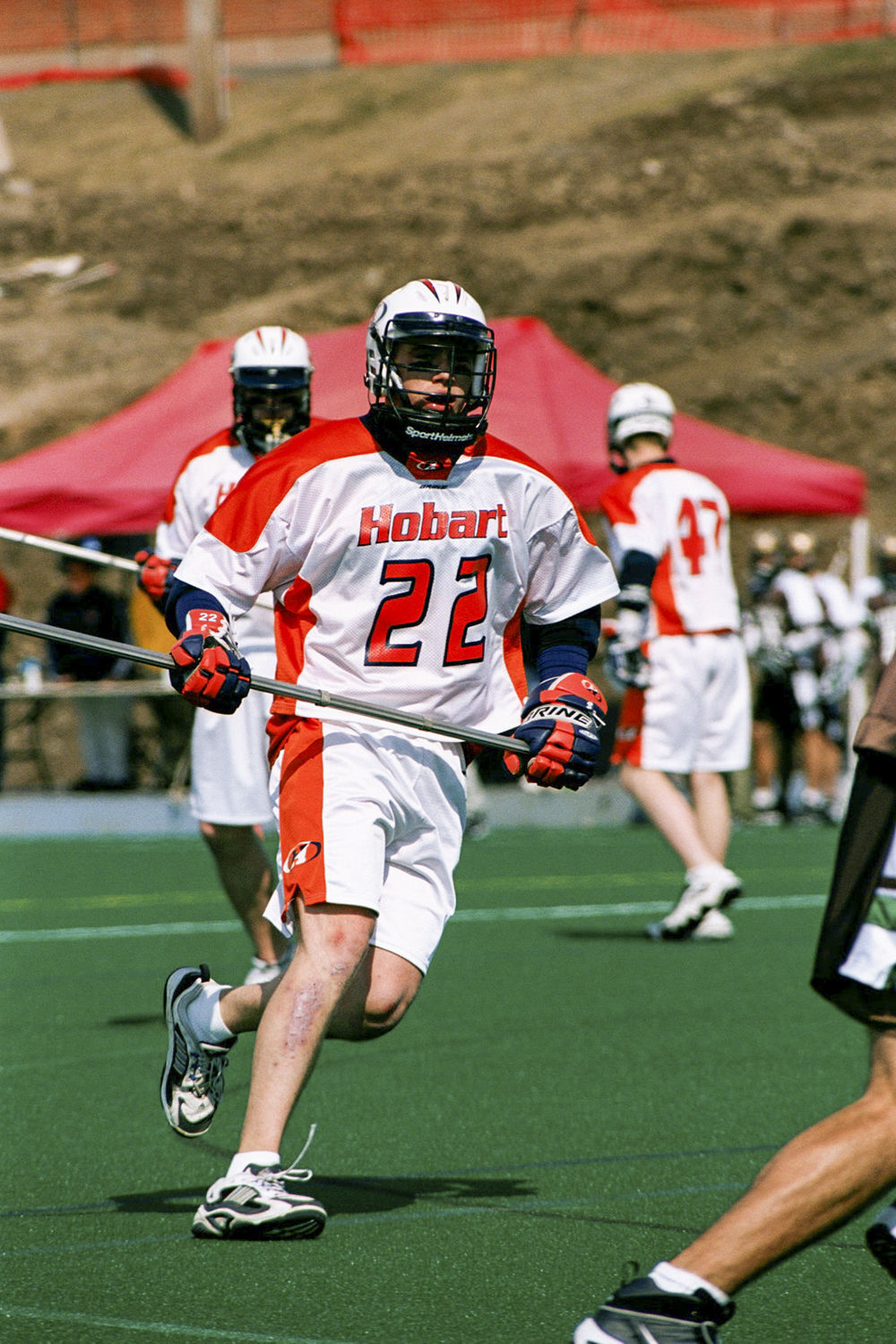 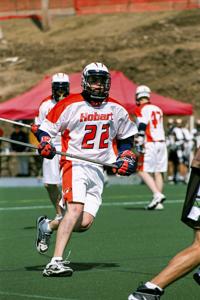 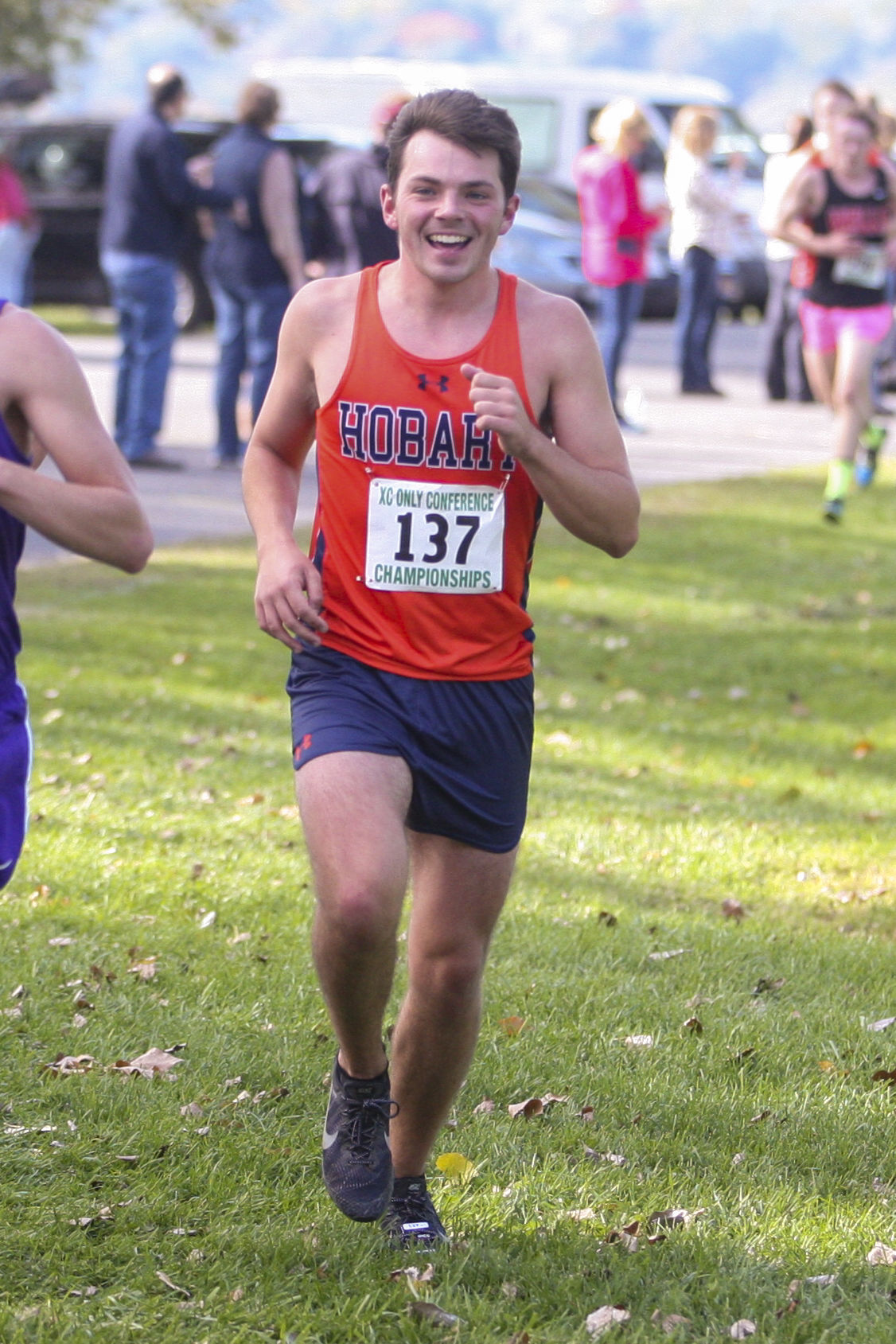 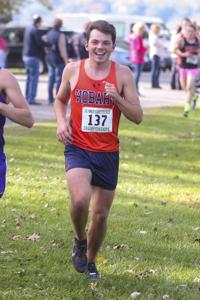 One of Preston Teague’s many jobs this past season has been to help out on the sideline. Teague looks on from the sideline during the Ravens-Bills game from last weekend.

Ryan Moore stands outside of then-named ‘New Era Field’ during his internship in 2017.

Bills safety Jordan Poyer (21) and cornerback Tre’Davious White (27) dance on the sideline with Teague just behind them.

Preston Teague ran clinics that connected with the community prior to the pandemic. These days, meetings like the one depicted here are all done virtually.

BUFFALO — In 2020, the word “memorable” often was accompanied by a heavy helping of sarcasm.

In Buffalo, however, members of the Bills organization have used “memorable” in the more positive sense.

The obvious positive: The Bills are playing in the AFC Championship Game for the first time since the 1993 season. Geneva native Preston Teague and fellow Hobart College graduate Ryan Moore experienced the silver linings within the Bills organization that made an abysmal year less so.

Teague, the senior director of Community Relations and Youth Football for the Bills, grew up in Geneva and played lacrosse at Hobart. When he graduated in 2002, he landed a job in the Bills’ ticket office.

“I was lucky enough to get hired by the Bills in their ticket office my first week in Buffalo,” Teague said. “I fell in love with it instantly. The people were so friendly; it was like working in a family environment. Mr. and Mrs. (Ralph) Wilson were amazing owners and really were dedicated to the staff, the team ... I’ve been really lucky throughout my career.

“What an honor it was working for them, but then we were really lucky. The team was sold to the Pegula family, and Terry and Kim have been outstanding. They’ve kept up that tradition that Mr. Wilson laid the foundation for of supporting our community and giving back.”

The culture shift Sean McDermott began to put in place his first day as head coach has not only led to results on the field, it’s been felt in the team offices and in the Buffalo community.

“From day one, coach McDermott came in and set the expectations for the organizations and how the staff can support the team, and same with (General Manager) Brandon (Beane),” Teague said.

He noted the philosophy McDermott put in place was reminiscent of the city of Buffalo and Western New York as a whole.

“The philosophy is based around communication, trust, love, hard work; it’s been really exciting the last few years to see the change in the culture at One Bills Drive and how inspiring they can be, and obviously you see it translate to wins on the field as well,” Teague said.

Alongside Teague is a fellow Statesman. Moore, a 2017 graduate, began his tenure with the Bills by way of an internship just after graduation. He had been working with Teague as the Youth Program coordinator, but when the pandemic hit, the opportunities to engage with the Buffalo youth declined sharply, and Moore shuffled positions to tackle COVID-19 head on as a protocol coordinator and contact tracer.

A game-by-game look at the Badgers' new football schedule

Get to know the Wisconsin Badgers' 2021 football recruiting class

Breaking down the Wisconsin Badgers 2021 recruiting class by position

“It’s completely changed this season,” Moore said of his position with a laugh. “The previous three seasons I was in Community Relations. I was the program coordinator working directly under Preston. We would set up Play60 events, youth football events in the stadiums, flag football tournaments, visit schools, all sorts of stuff.

“In July, I got a call from the head of our department. Basically she informed me that with all the new COVID protocols, they created a position to have a COVID protocol coordinator and I had been recommended to do that, so that’s actually my current title.”

In addition to their day-to-day duties, Teague and Moore help where needed.

“Despite the fact that there were no spectators in the stands, it’s really been eye-opening for me,” Teague said. “I’ve been lucky enough to be able to support some of the other departments throughout the organization.”

Due to the circumstances, all community relations work takes place the week prior to the game rather than during it, as is the case in a normal year. So, on game day, Teague helps with the staff check-in process, supports the public relations team in the press box, and even had the chance to be a part of something that will last a lifetime.

“I had the opportunity to help out with the ball crew,” Teague said. “I was on the sideline for the Steelers game and the Ravens game. I was standing right on the goal line when Taron Johnson took that pick back 101 yards to the house.”

Teague has been with the Bills for 18 seasons, yet he still refers to Buffalo as his second home. Geneva will always be first in his heart, and he makes sure to pay visits to Geneva, Hobart and William Smith, the local businesses, and the people — whenever he can.

“There’s a lot of similarities between Buffalo and Geneva — diverse communities, friendly people, hard-working, down to earth, passionate about their community, passionate about sports, and the food scene is great in both areas.”

The passion in which Teague spoke of his position and the lives he impacts was truly inspiring, much like the Bills’ 2020 season. The impact that the organization has on the surrounding community and throughout New York state was exemplified when Johnson intercepted Lamar Jackson and took it to the house for a pick-6 — 6,700 people sounded like 67,000. The chills from that audio alone will tell the story of the Buffalo Bills.

“It was right up there near the top of the most exciting moments I’ve had in my 18 seasons with the Bills,” Teague said of the 101-yard TD return. “I got goosebumps, it was really cool, and the 6,700 people in the stands did sound like 67,000.”

"It’s been an exciting year, we’ve had to adapt to a lot of things. We (usually) recognize military members during the third quarter, we have a Salute to Service Military recognition game, we honor cancer survivors, healthcare workers that support cancer patients, we honor first responders and frontline workers, high school football coaches. Every weekend has a theme.

This year with no fans in the stands, that obviously has changed our roles and it’s really been all hands on deck trying to make sure everyone is safe and is able to run the games, despite the fact that there were no spectators in the stands.

It’s really been eye opening for me. I’ve been lucky enough to be able to support some of the other departments throughout the organization."