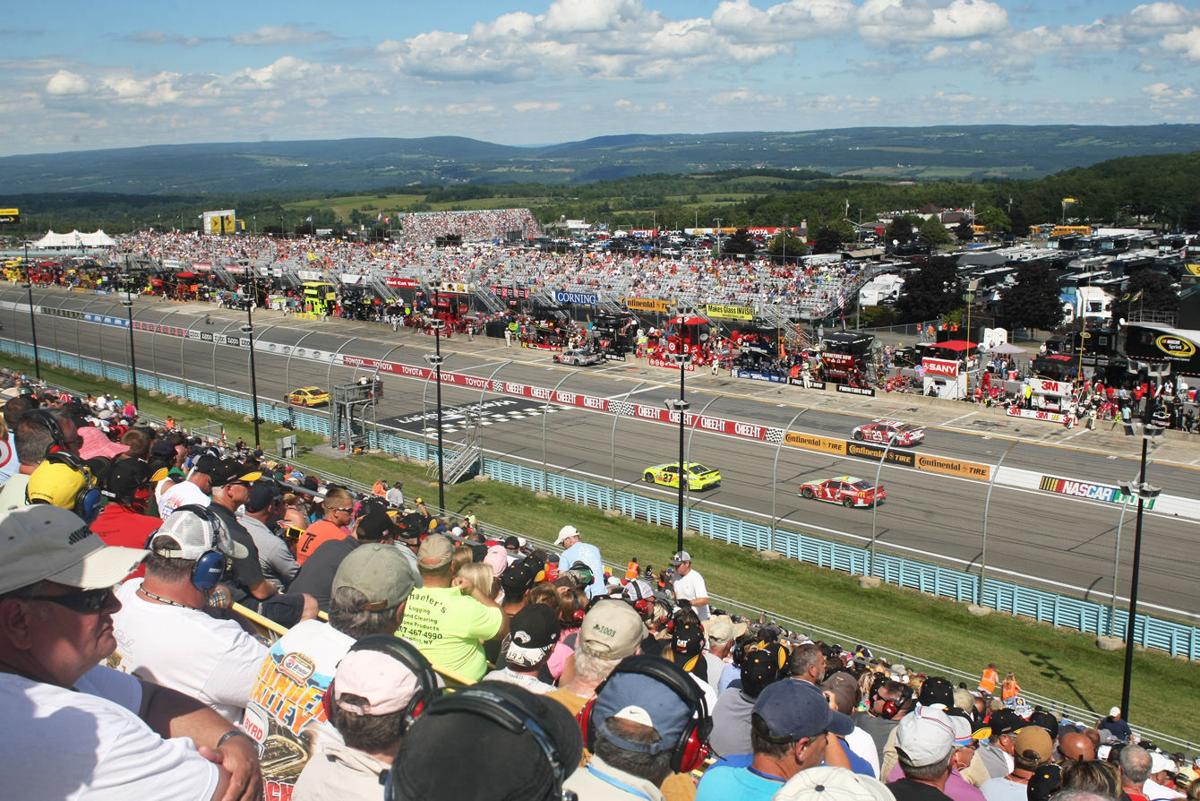 A file photo from the grandstands at Watkins Glen a few years back.

A file photo from the grandstands at Watkins Glen a few years back.

Yesterday morning, I received an email from Watkins Glen International regarding press passes for the Go Bowling at The Glen NASCAR race weekend. The Times covers the race every year it is run, and this year will be no different.

We will be there!

That’s exciting for many reasons but the most exciting part is that I have never been to a NASCAR race or really any form of motorsports. I always wanted to go see Nitro Circus Live or Monster Jam when I was a kid but never got the opportunity.

In the popular Will Ferrell movie “Talladega Nights,” Ferrell’s character Ricky Bobby has no idea how to act or where to put his hands during his first TV interview. I imagine I will have a similar feeling when I arrive at The Glen next weekend.

When sports began rumbling back into existence last year, NASCAR was one of the first sports back on television. Between the play-by-play — err, lap-by-lap — commentary, Bubba Wallace’s rising popularity and a chance to watch a live sporting event for the first time since the world shut down, the intrigue of NASCAR grew for me in 2020.

I watched a handful of races, spoke with some racing fans in the office and grew a larger appreciation for the sport. My understanding of it also inched further along.

Next weekend, I get to not only go to my first NASCAR race, but I get to be there for work.

Wrong page? Same page? Packers defense must study up on communication after breakdowns against Saints

My initial questions are — along with hundreds more — What should I expect? What do I look for? What’s the thing to keep front of mind when I enter WGI? If you are a dedicated racing fan or even a casual fan, let me know!

It’s quite easy to get bogged down in sports I’m comfortable with, especially during the academic year. Soccer, football, basketball, lacrosse and even wrestling are all sports I enjoy writing and talking about among all the other high school and collegiate sports.

But this is a once-a-year opportunity and since all three NASCAR events will be held in one weekend at The Glen for the first time ever, it may be a once-in-a-lifetime opportunity. I am not going to pass on this.

I am a sports romantic, and my favorite aspect of sports comes in the stories. Not just the race or game itself, but the stories that I tell friends who end up wishing they were there after I tell them about it.

Now, I am a blank canvas once again; an unused sponge ready to soak up all I can at The Glen NASCAR race weekend, even if I don’t comprehend it all at first.

If you’re a race fan, reach out to me over email or Facebook! I am eager to hear potential storylines and interesting topics heading into the weekend. After all, I don’t know much about the sport, and that’s OK. There’s nothing worse than talking to a sports fan who thinks they know everything about everything. I certainly don’t, and that’s what makes talking about sports so enjoyable: I can always learn something new. And next weekend, I have a feeling I will be learning at the pace of Kyle Larson — not bad, eh?

I can’t wait to pick up the press passes and get ready for the weekend. I’ve heard the rumble of the Ford, Chevy and Toyota engines flying by at 180 mph can kickstart a dying star — I can’t imagine what that will do to a Sports Editor with high blood pressure.

Pete is going to his first ever NASCAR event next weekend at The Glen. Tell him what he should be most excited about! You can reach him at plambos@fltimes.com or on Facebook.