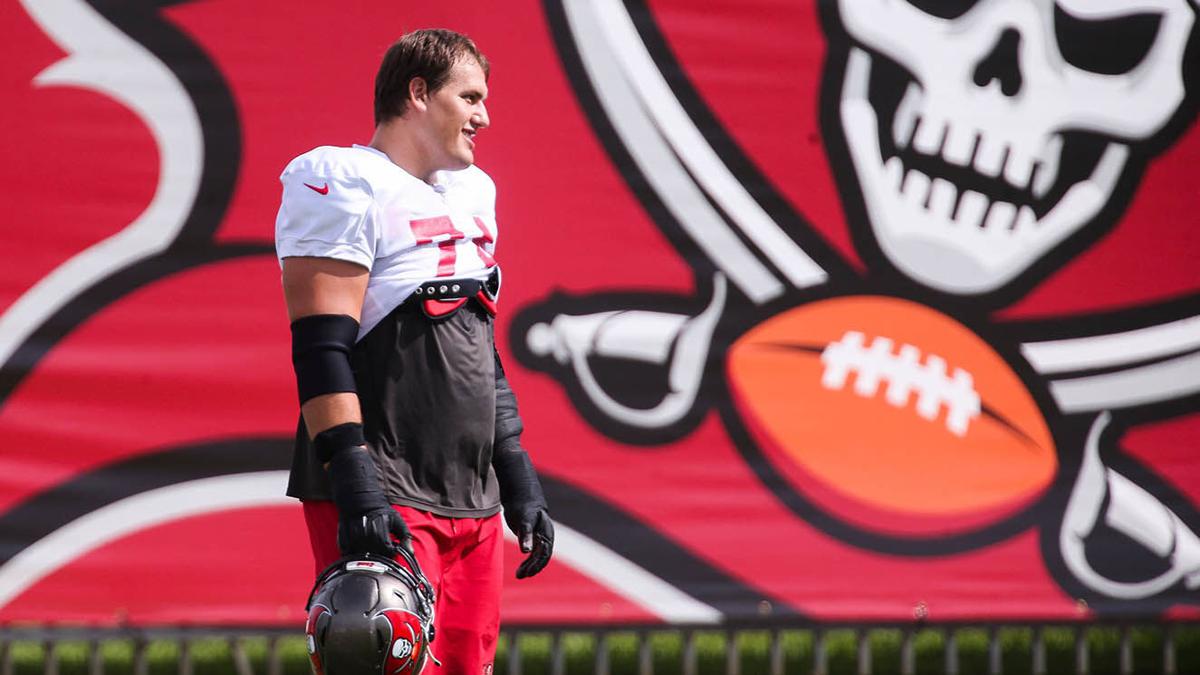 Bucs guard Ali Marpet has proven he is one of the best lineman in the league in his sixth year with the team. 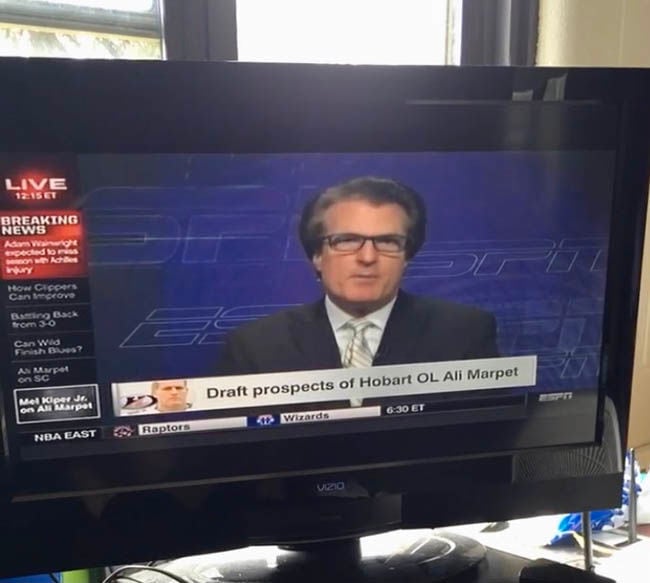 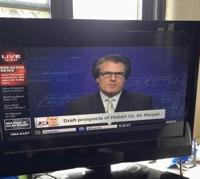 In my freshman dorm of Jackson 309, I watched intently as ESPN draft guru Mel Kiper Jr. spoke about the prospects of Ali Marpet.

Bucs guard Ali Marpet has proven he is one of the best lineman in the league in his sixth year with the team.

In my freshman dorm of Jackson 309, I watched intently as ESPN draft guru Mel Kiper Jr. spoke about the prospects of Ali Marpet.

Well, it’s the following week after Wild Card Weekend, and the Tampa Bay Buccaneers have won their first postseason game since winning Super Bowl XXXVII. As the Wizard Gandolf said in Lord of the Rings, “Things are now in motion that cannot be undone.”

Leave it to Tampa to nearly lose to a quarterback starting for the second time in his career and the first time in over three years. That said, Taylor Heinicke deserves all the credit in the world. That dude showed major guts; props to him.

I could go on about how well the Bucs played for pages and pages, but I couldn’t help but notice how native New Yorker and Hobart College alum Ali Marpet is a literal freight train when the Bucs run the screen pass. He is arguably the best lineman in on the team and the biggest brick in a nearly unbreachable wall.

It warms my heart whenever broadcast commentators talk about him and inevitably mention Hobart. As much as I love it, Marpet and Hobart have been mentioned together less frequently ever since he entered the league, and that’s fine with me, because it means that Marpet’s main claim to fame is not “the kid from a Division III school,” nor that he was the highest ever DIII player drafted. It’s because he is flat-out one of the best offensive lineman in the world and arguably the best left guard in the league.

If ever I get the chance to meet Tom Brady, I have my story prepared, and I think it’s a pretty good one.

My freshman year at Hobart, Marpet was a senior, and the football players I shared a dorm floor with always talked about his draft prospects. To be at a small school like Hobart and love sports the way I do, the fact that Mel Kiper Jr. on ESPN spoke of Marpet and had Hobart’s logo on the screen, there was nothing that made me more proud.

One day in SAGA dining hall, I found myself making a peanut butter and jelly sandwich, nothing out of the ordinary for a somewhat chunky freshman that I was.

Next to me stood — nay — towered, Ali Marpet. He had two trays stacked on top of one another, four empty glasses of probably chocolate milk, four decimated plates of food that all made the clean-plate club and eight pieces of bread. The bread, I came to soon find out, was for his to-go sandwiches, all of which would be pb&j.

There I was, making a sandwich standing next to a future NFL player that would one day be guarding the greatest player who ever lived, and I was holding him up.

I soon picked up the pace so I could get out of his way. After all, the man had four sandwiches to make.

I dispensed the chunky peanut butter with a reckless disregard (as per usual) followed by a dollop of jelly. Before I could even spread the jelly, Marpet looked over, pointed to my sandwich and said, “You need more jelly on that. Never go short on jelly.”

“Yes sir,” I said and made sure the peanut butter to jelly ratio was to the liking of Marpet. “That better?” I asked.

“That’s what you want,” Marpet said as he nodded with big headphones around his neck.

I walked away as the big man on campus proceeded to make himself four pb&js for his walk out of the dining hall.

I can’t guarantee that never-ate-a-strawberry Tom Brady would appreciate that story, but I have it ready to go in the unlikely scenario in which I come face to face with the G.O.A.T. of all G.O.A.T.S.