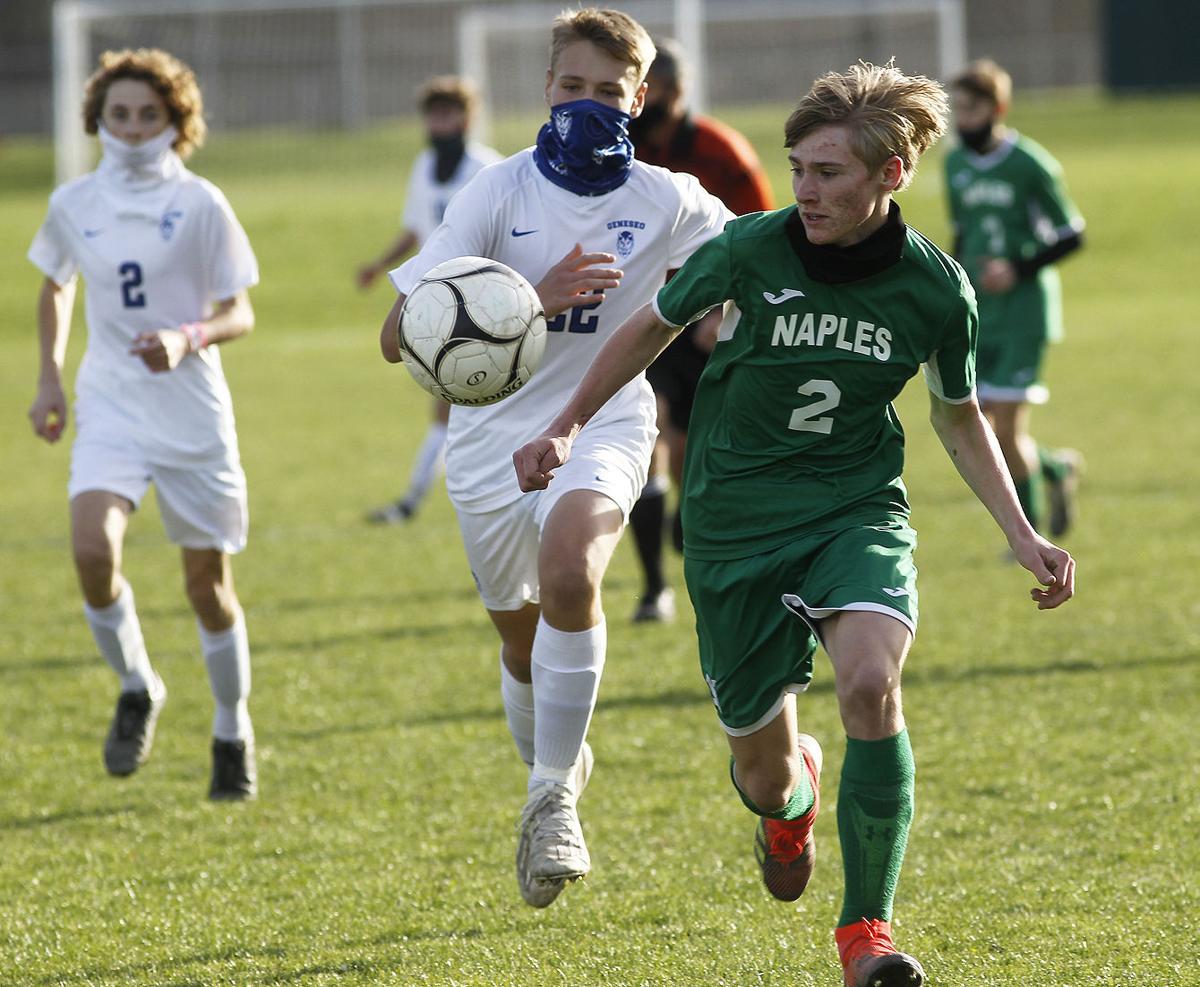 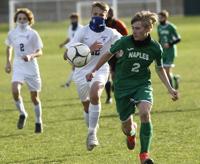 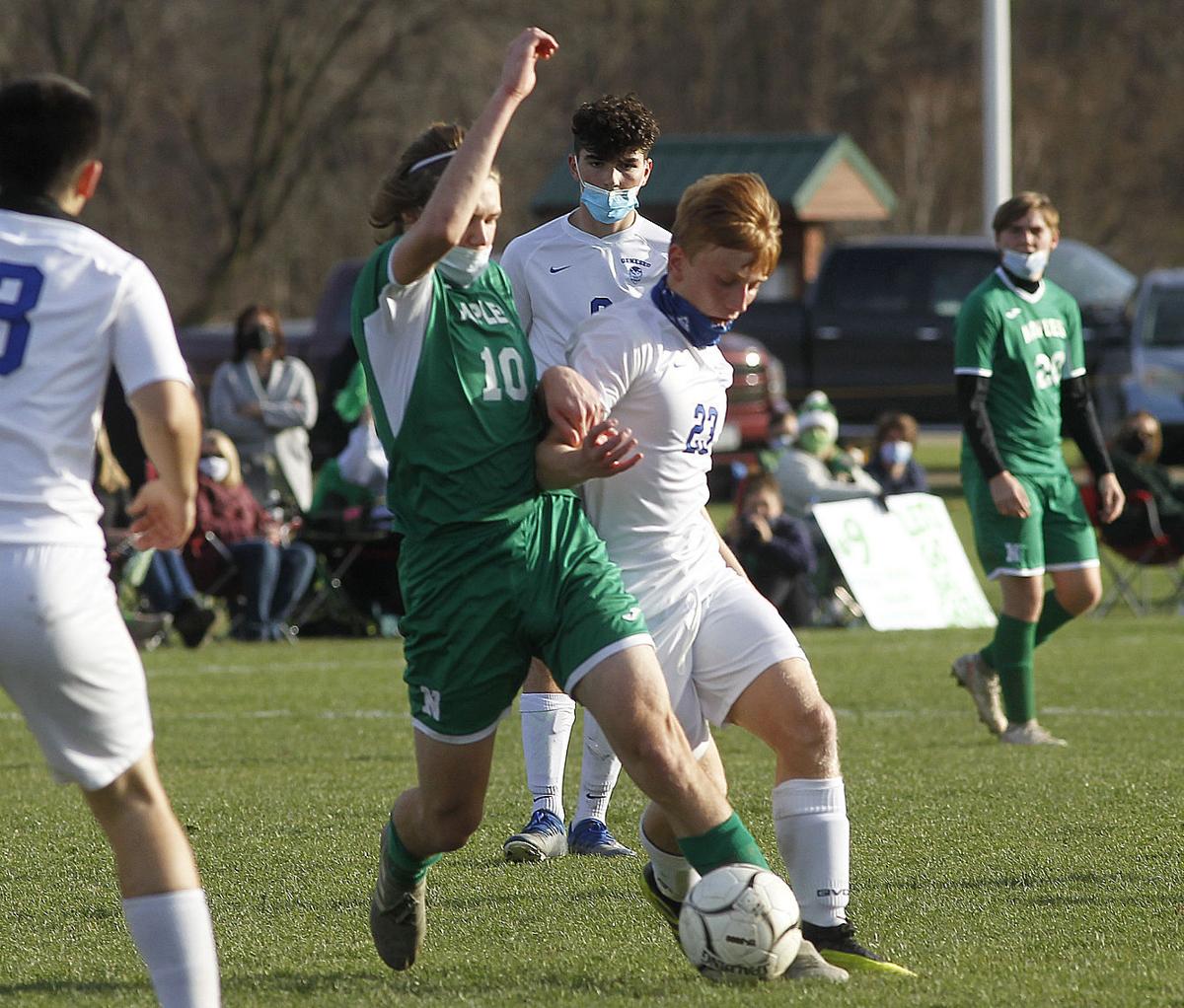 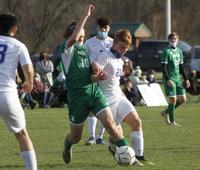 NAPLES — The last Naples boys soccer sectional championship occurred in the year 2000. The No. 1-seed Naples Big Green had a date with the No. 7-seed Geneseo Blue Devils, who had not given up a goal all tournament long prior to Thursday’s Class C2 Finals at Naples Community Park.

The championship game was also a rematch of the 2018 Class C2 Finals when Geneseo was victorious.

“We really have a great community,” Ryan Betrus said in a phone call to the Times after Naples’ first sectional finals win in 20 years. “The community support that we’ve had this year has been unbelievable. To have the kids that we had this year and to be able to come through with that win today was just an indescribable feeling.”

About 10 minutes remained in the first half when Naples junior Austin Chapman took a shot on goal that was very close to finding the back of the net but the shot just missed.

The first half’s back-and-forth action signaled that the remainder of the game would be as thrilling as the first half with the score level at 0-0.

Fifty-eight seconds into the second half, Todd shot a laser toward the net and past the Geneseo junior goalie AJ Agosto to give Naples the 1-0 lead. It would be the lone goal of the game.

It was Todd’s sixth goal of the season.

Under 10 minutes remained when Geneseo sophomore Sebri Fantauzzo took a shot that rang off the post of the Big Green’s goal.

Fantauzzo’s shot turned into a Blue Devils corner kick and afterward, Naples controlled the ball and kept control in the closing minutes to secure the sectional title.

“It was definitely a weird year with COVID,” Betrus said in recapping the undefeated 2020 season. “The drive that the players had this year was obviously un-matchable for us anyway. We had a goal at the beginning of the year and that was to get through our games, get into sectionals and see where things went. Knowing that we had a real shot at winning sectionals this year, it was just great to see them as a team play so hard and play together so well.”