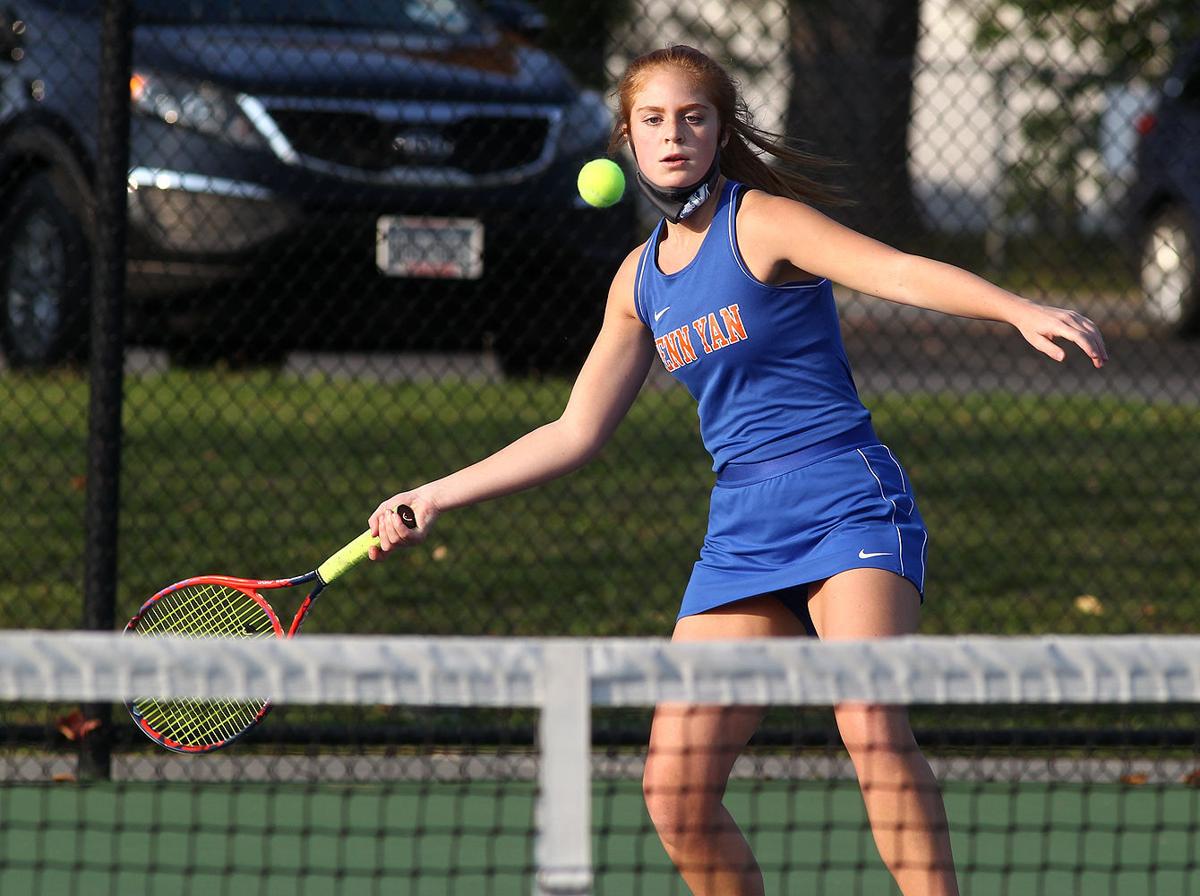 Penn Yan No. 2 singles player Claire Pullen winds up for a forehand shot against Newark on Friday. Pullen secured her third win of the season, 10-0. 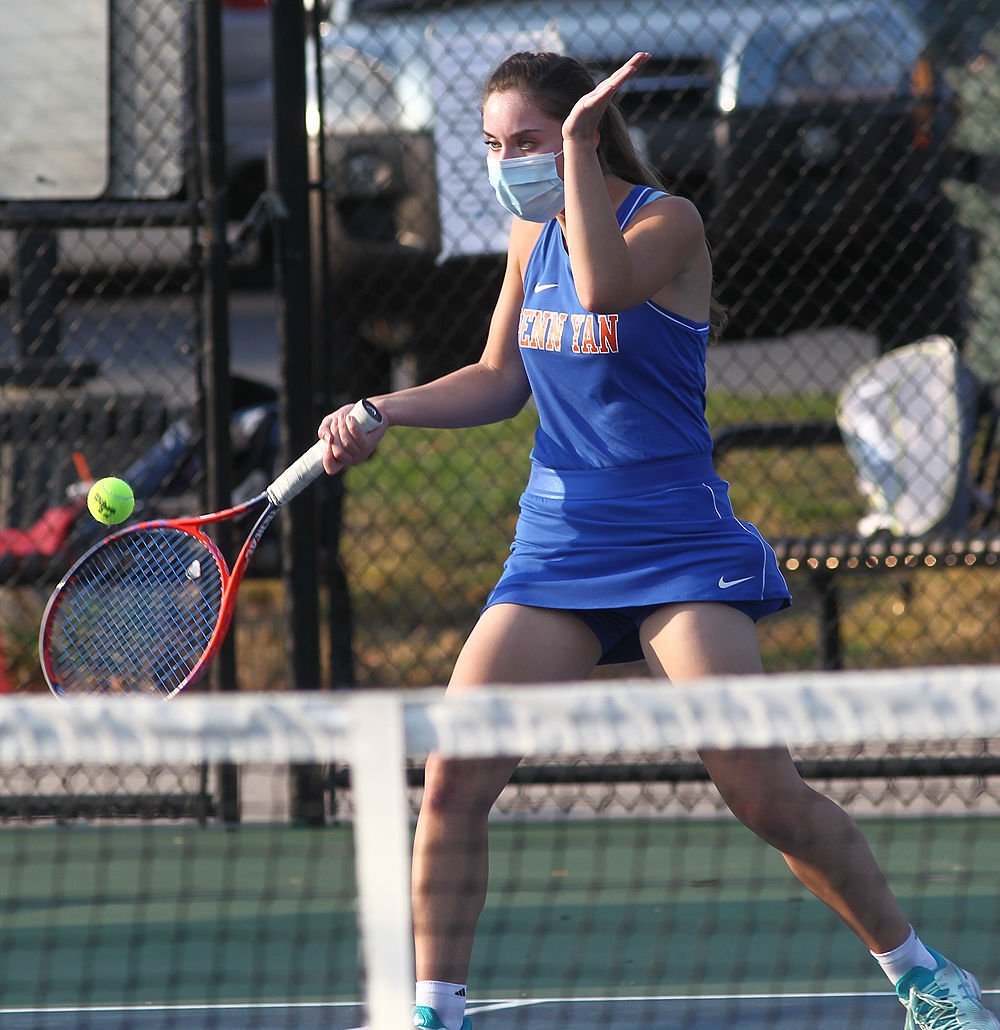 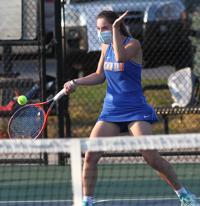 Mustangs No. 1 singles player Molly Pullen sweeps a forehand against Newark’s Tanner Blaisdell during a 10-0 win, moving her to 3-0.

Penn Yan No. 2 singles player Claire Pullen winds up for a forehand shot against Newark on Friday. Pullen secured her third win of the season, 10-0.

Mustangs No. 1 singles player Molly Pullen sweeps a forehand against Newark’s Tanner Blaisdell during a 10-0 win, moving her to 3-0.

PENN YAN — Penn Yan Mustangs head coach Nate Kraemer knew it was going to be a dominant year for his tennis team — much like many who pay attention to Finger Lakes tennis — but through three games, even he seems taken aback by how the Mustangs have looked thus far.

“Our players have definitely stepped up to where they’re supposed to be,” Coach Kraemer said following Friday night’s win. “We knew that they were going to have a strong season and there’s been no letdown from them. They are playing as good as we all hoped they’d be.”

On Friday night, the Mustangs (3-0) swept the Newark Reds 5-0. Behind the Pullen twins at No. 1 and No. 2, Penn Yan fired on all cylinders to their third victory of the young season and sit in second place behind Mynderse (4-0) in the Finger Lakes West standings.

As they did their junior year, Molly and Claire Pullen — who play at Nos. 1 and 2 respectively — have been near perfect as seniors. They have yet to let opponents come within sniffing distance of them. At the No. 1 singles slot, Molly has won her matches 10-0, 10-0 and defeated Newark’s Tanner Blaisdell 10-2 on Friday, giving her a 28-2 game advantage through three matches.

At the No. 2 spot, her sister Claire has been even better, if possible. Claire defeated Newark’s Kaylee Barkley 10-0 on Friday, improving her three-match set total to a perfect 30-0.

“Being seniors, they’ve matured even more than they were last year,” Coach Kraemer said of the Pullen twins. “They’ve definitely been leaders on this team for a considerable amount of time. They are the ones that really drive our team forward with their work ethic.”

If teams look like they might get a break at the No. 3 singles spot, they should not count on it. Abigail Garvey has been stellar for the Mustangs as well, posting a 1.000 game win-percentage, going 30-0. With the Pullen sisters at the top and Garvey being one of the best players in the Finger Lakes at the No. 3 singles spot, Penn Yan looks ready for another league and sectional championship, and the season has barely begun.

The Mustangs next host a Columbus Day matinee doubleheader Monday starting at 10 a.m. with Midlakes and Wayne Central visiting.