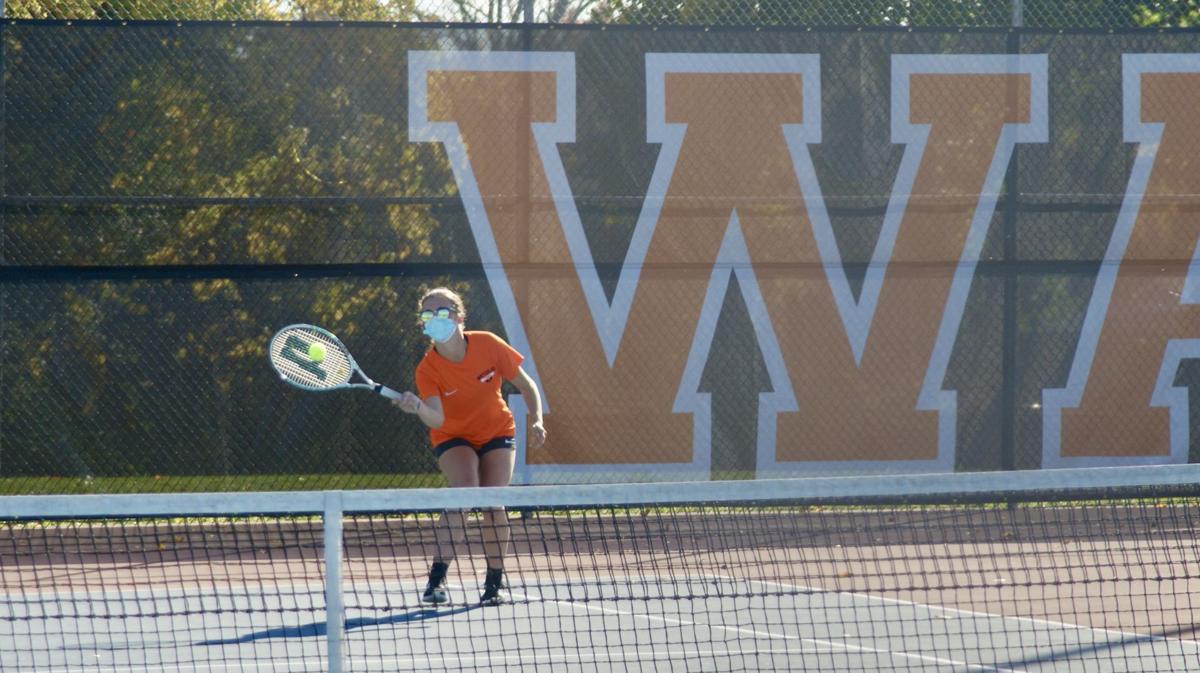 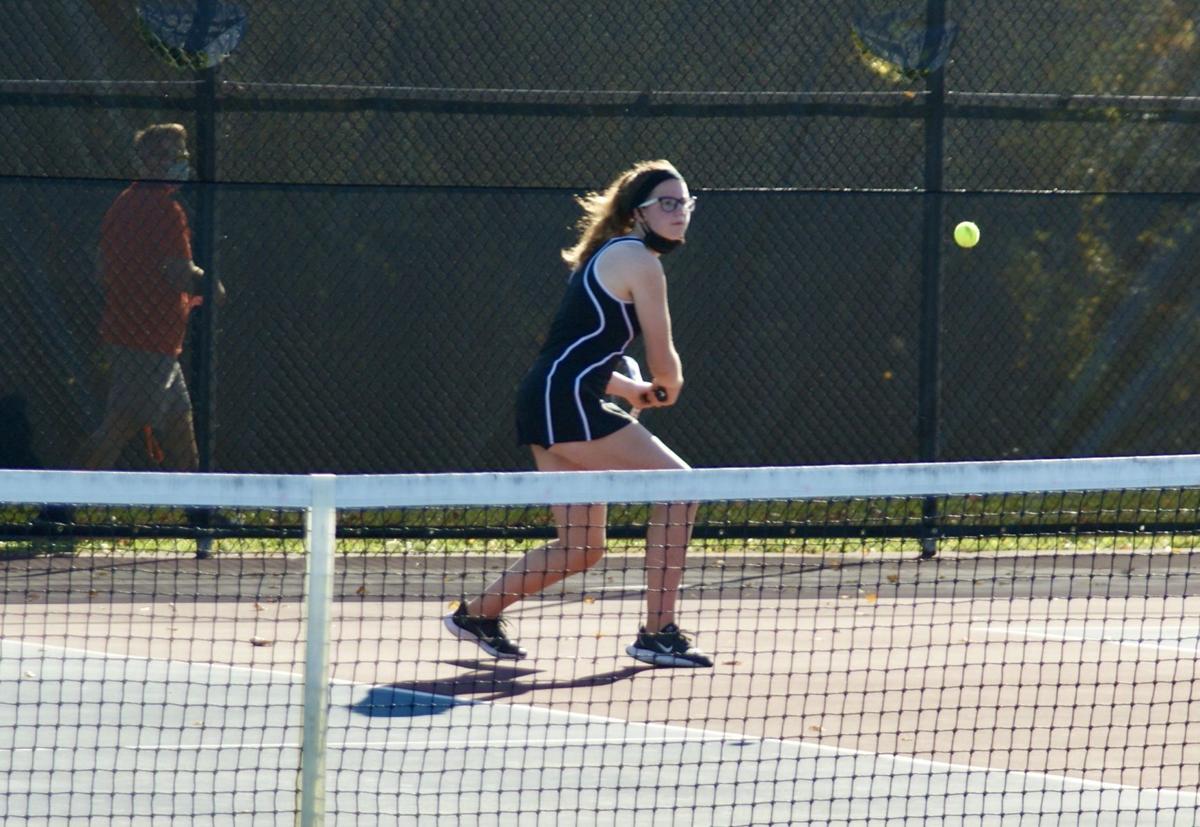 Naples No. 1 singles player Emma Brace eyes down a backhand shot in the matchup against Waterloo on Friday afternoon. Brace won, 10-0.

Naples No. 1 singles player Emma Brace eyes down a backhand shot in the matchup against Waterloo on Friday afternoon. Brace won, 10-0.

WATERLOO — The Waterloo girls tennis team had to wait a month for its first win of the season, which came in a match last Friday against Newark.

The Indians would not have to wait long to find their next “W” as Waterloo beat Naples 3-2 and Midlakes 5-0 to sweep a three-way match Friday afternoon.

Following a week of postponements due to rain, Waterloo head coach Ethan Pettengill saw his team’s cooped-up energy put to good use.

“They played really well,” Pettengill said. “They fought hard, they did well and I think not being stuck in the gym for the fifth day in a row was a big confidence boost.”

With the double victories, Waterloo (3-6, 3-6) has now won three in a row and leapfrogged Naples in the brutally tough Finger Lakes West league.

After inauspicious Packers debut, Jaylon Smith ready to prove himself: ‘Every player has their doubters’

Badgers in the NFL: Check out top performances by former Wisconsin players in Week 6

The match began with Waterloo facing off against Naples (3-5, 3-5). The top two singles players for Waterloo fell to the talented Naples one-two punch of Emma Brace and Chloe Davis. The Indians then got a little bit of good fortune as Naples was short a player and had to forfeit the No. 3 singles spot. That gave way for the doubles teams of Brynn Rogers-Giavanna White Principio and Kylie Tavano-Katie Winter to do some damage. Both doubles partners won their matches 10-3 to give Waterloo the win.

The Indians picked up speed in the second match against Midlakes, winning 5-0 and dropping just two games across all five matches.

“It’s been a few years trying to build this program,” Pettengill said. “We’re finally starting to get consistency and kids want to play and I’m really excited about it.”

Waterloo has a quick but doable turnaround as they face Wayne Central on Monday afternoon.

Naples came away victorious against Midlakes in the middle match of the day, winning 4-0.