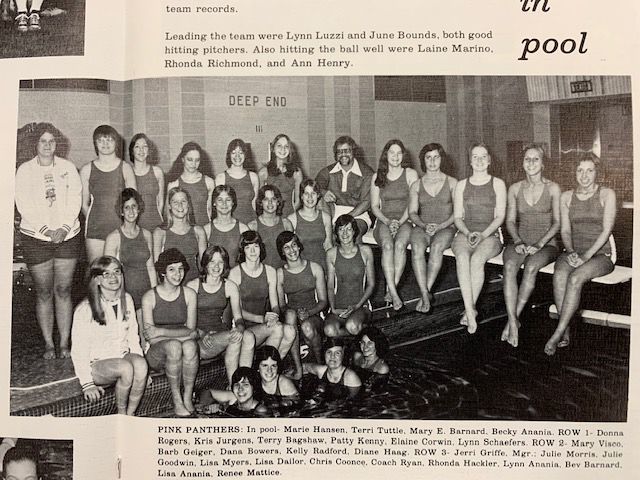 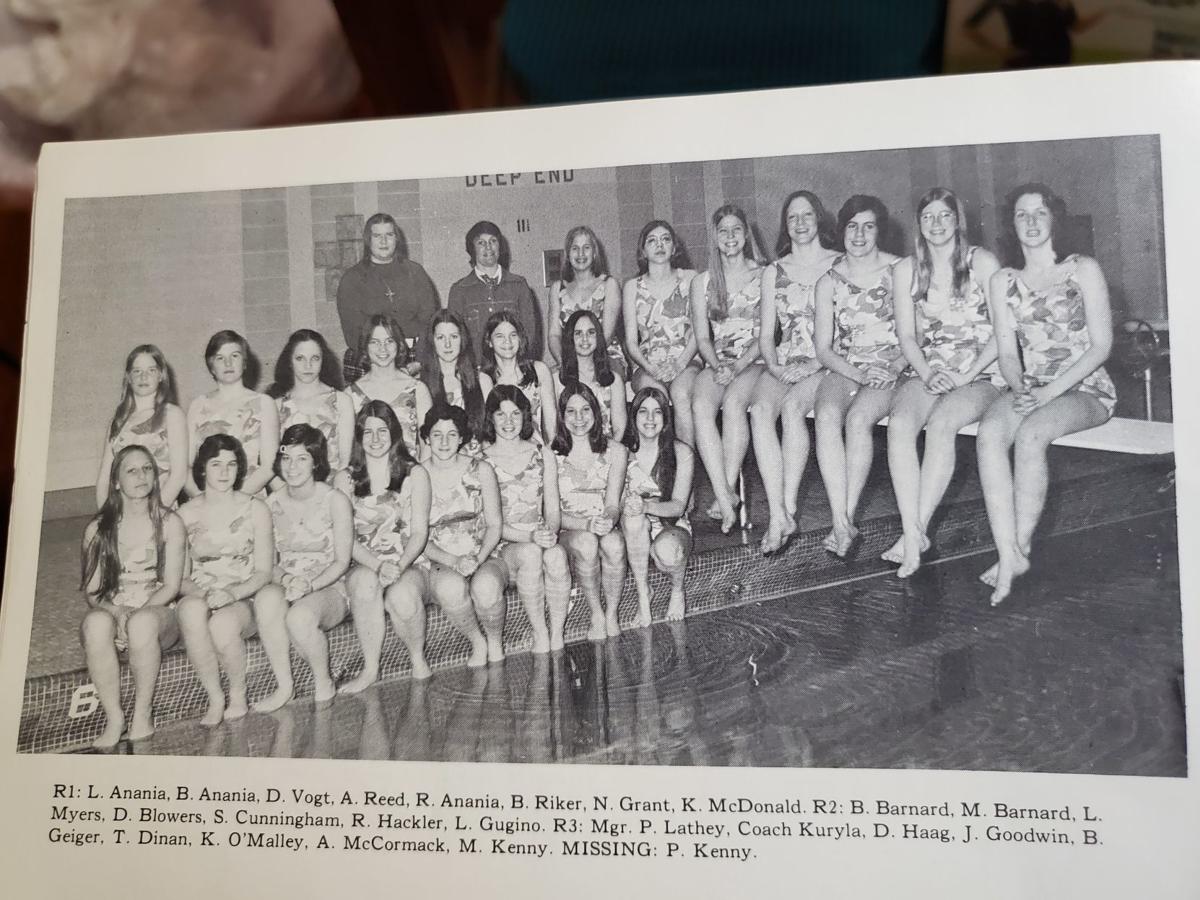 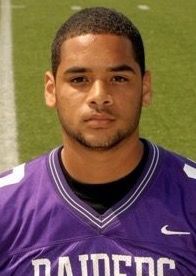 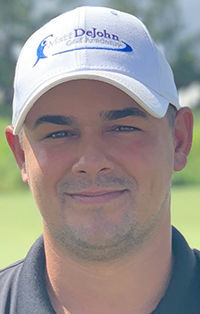 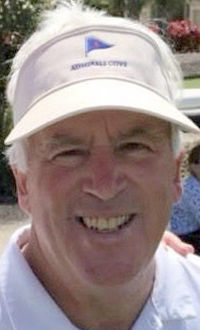 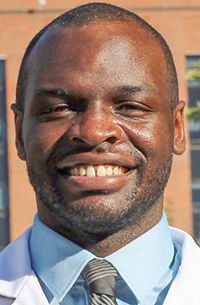 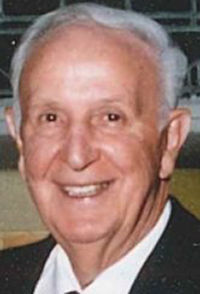 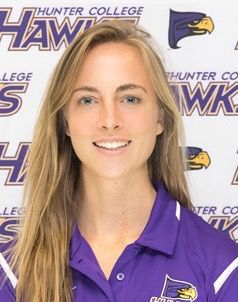 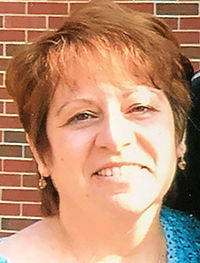 GENEVA — Seven individuals and one team will be inducted into the Geneva Sports Hall of Fame this Friday at Club 86.

Jasper “Junior” Collins, Matthew DeJohn, David Ferris, Brian Fowler, Richard Guererri and Jennifer Robbins will be enshrined for their athletic achievements. Carol Davis will be honored as a contributor, while the 1974-77 Geneva High girls swimming and diving squads will be inducted in the team category.

A social hour kicks off the evening at 6 p.m., followed by dinner and the induction presentations.

The Geneva Sports Hall of Fame was created in June 1989. It includes members from the 19th, 20th and 21st centuries. Inductees must have attended either Geneva High or DeSales, or been an outstanding contributor to sports in the city of Geneva.

For more information on the Geneva Sports Hall of Fame, visit www.genevasportshof.org.

Here is a closer look at this year’s inductees:

A Little All-American and a D3football.com All-American at Mount Union, Junior had the distinction of playing on both a state and national championship football team. He was a member of Geneva High’s 2006 Class B state champs and the 2012 Division III national champs.

A three-sport athlete at Geneva High, Junior excelled in football, basketball, and track and field. He was a four-year letter winner and an all-state, all-conference and all-area selection in all three. He was a member of the Panthers’ track and field sectional championship team as a senior, a year in which he won the Finger Lakes East triple jump crown.

Junior set multiple records at Mount Union as a wide receiver, totaling 232 receptions, 3,527 yards and 38 touchdowns. His 1,694 receiving yards as a senior is the second-best single-season total in school history. In the 2012 playoffs, he had 43 catches for 795 yards with 11 touchdowns, all NCAA Division III tournament records. He graduated from Mount Union in 2013 with a bachelor of arts degree.

He spent 2013-15 as an NFL practice-squad player for the Miami Dolphins, Cleveland Browns, Pittsburgh Steelers and Cincinnati Bengals. He played for the Canadian Football League’s Hamilton Tiger Cats and British Columbia Lions from 2015-18.

Matt earned a total of 13 varsity letters in golf, baseball and swimming, but golf was always his passion after his grandfather, 1994 Geneva Sports Hall of Famer Anthony DeJohn, introduced him to the game.

After spending one year at Monroe Community College — he led the Tribunes to conference, regional and national championships, placed third at nationals and earned NJCAA All-America first-team honors — Matt went on to play three years of NCAA Division I golf at Central Connecticut State University. He was an All-Northeast Conference selection his senior year and made the 2013 NEC Championship all-tournament team. In addition to winning various scholar-athlete honors, he capped his college career by being named a Srixon/Cleveland Golf All-American.

He earned bachelor’s and master’s degrees from CCSU.

Matt is currently a professional golf coach in South Florida. He owns the Matt DeJohn Golf Academy, providing instruction to elite junior golfers from around the world as well as amateur and professional golfers of all skill levels. Matt’s students have earned multiple NCAA Division I and II scholarships.

An outstanding golfer, Dave won the Section V individual championship his senior year at Geneva High and earned All-American honors in college. He played and captained one of the best high school golf teams in the state, winning multiple league titles.

Dave also lettered in basketball and started on a team that won back-to-back league titles and were runners-up in the Section V finals.

After graduating, he attended Corning Community College, where he was a member of their golf team, winning ICAC medalist honors and earning All-American honors.

Dave has been a member of the PGA of America since 1976, and has served on the Central New York PGA Executive Board. He played on the PGA Tour, the Hogan Tour (now the Korn Ferry Tour) and earned a spot on 12 Mitchell Cup teams. Among his 45 professional tournament victories, Dave has won the Central New York Section Championship and the New York State Assistants Championship.

Joe Tesori, also a PGA of America member and a Syracuse Hall of Famer, once said that Dave was “the best golfer in Central New York, the one everyone tries to beat.”

Brian capped off a stellar high school career by being named the New York State Class B Football 2006 Player of the Year while helping his team win a state championship. He was named to the All-Greater Rochester first team that season. He also was honored as Section V Class B tournament MVP in 2005 and ’06, as well as the Far West Regional Most Valuable Offensive Player and New York State Public High School Athletic Association finals MVP both years. In his final two years. He finished his gridiron career with more than 3,500 yards on the ground and 67 touchdowns.

He also lettered in basketball and track and field. Brian was the Section V Class A high jump champion as a junior and was named Geneva High Male Athlete of the Year in 2007.

Brian is currently a third-year medical student at the Ohio State University College of Medicine. He recently co-founded an organization, “Pipelining Minority Excellence,” that provides underrepresented undergraduate students with the tools and resources to apply to health professional schools. He also mentors high school and undergraduate students, some of which come from being a part of programs such as MentorMe and Student National Medical Association.

An exceptional athlete at Geneva High, Dick went on to Alfred University, where he played baseball and football before serving in the U.S. Army during the Korean War. He played on the championship-winning European U.S. Army Football team while in the service. Noticing his talent, a young Al Davis recruited Dick to The Citadel to play football. He played football and baseball at The Citadel, and was drafted by the Cleveland Browns.

After graduating from college with a degree in civil engineering, Dick went on to work for Boeing. In 1965, he began working on NASA’s new Apollo and Saturn V Rocket Program. He was the recipient of the distinguished Saturn V Roll of Honor for his contributions. He also was honored with personal letters of recognition from Neil Armstrong and other astronauts from the Apollo 9 and Apollo 11 missions, as well as a metal medallion made from the heat shield of the spacecraft.

In 1970, as NASA was winding down the Apollo programs, Dick made the decision to go work for a new company called Federal Express, which was in its infant stages. Dick held a number of different positions during his 27-year career at FedEx and oversaw much of the construction developing the Memphis SuperHub.

Jenn was one of the most prolific scorers Geneva basketball has ever seen. She led Section V in scoring her senior year with a 23.6 points-per-game scoring average and finished her high school career with 1,222 points. She also established school career records in assists and steals. Jenn was named to the All-Greater Rochester Girls Basketball Team and the Basketball Coaches Association of New York sectional all-star team her senior year. She was selected to play in the Ronald McDonald Senior All-Star Game and was named MVP for the Gold Team in the game.

After being ranked second in the nation in assist-to-turnover ratio for two years at West Liberty University, Jennifer transferred to SUNY Oswego to complete her college basketball career. At Oswego, she ran the point and scored 556 points in 1½ seasons. She finished her senior campaign third on the team in 3-point shots made, fourth in scoring, sixth in assists and seventh in steals.

Jenn earned her state teaching degree in early childhood education. She is currently an assistant women’s basketball coach at Hunter College, where she works with the guards, has recruiting responsibilities and helps in all areas of the program. Jennifer continues to play basketball in New York City in an urban basketball league.

Carol spent over 22 years as the secretary to the athletic director at Geneva High School. During that time, she was a source of stability and trust for ADs, a mentor and a resource for coaches and teachers, and a friend and leader to the students at Geneva High.

“Without Carol, all that we have done could not have been possible,” former Athletic Director Randy Grenier said. “Honestly, she has been my mentor, and it has been a privilege to work with her and to know her. She could be AD.”

“It has been incredibly rewarding to work here,” Carol said. “The kids are everything. I don’t know if people realize just how much teachers and coaches do for them.”

The Geneva athletic department involves more than 20 sports programs and supports hundreds of athletes. From cancellations to schedules, to working with officials, Carol was a source of stability and trust during her tenure. Carol retired as secretary to the athletic director in December of 2018.

In addition to her work for the district, Carol was secretary and treasurer for the Finger Lakes High School Athletic Association. She was presented with the New York State Athletic Administrators Judith Martens Secretarial Award for Excellence in 2013.

Carol retired from Geneva High last December. She lives in Geneva with her husband, Carl. They have two grown children, Christen Davis and Joseph (Tara) Davis, and four grandsons.

Title IX regulations enacted in 1972 brought about equal opportunities for female athletes. For a group of dedicated female swimmers at Geneva High, Title IX provided an opportunity to shine.

Under the tutelage of coach Pat Ryan, Geneva went undefeated all four of those seasons, won the first two Wayne-Finger Lakes league titles while establishing all of the league’s early records, and placed third in the 1976 and ’77 Section V Class B championships behind Pittsford Mendon and Pittsford Sutherland.

Sectional champions Patty Kenny and Lisa Myers set records while winning their patches, as did the 200 medley relay of Kenny, Myers, Elaine Corwin and Barb Geiger.

The individual performances of Lisa, Becky and Lynn Anania, Mary and Bev Barnard, Diane Haag and Dana Blowers contributed to Panthers’ overall success. Many of Panthers’ individual times and scores would be competitive enough to qualify for top-40 honors today.

“My sister Cathy and I were freshman for the ’77 season, but we already knew most of our teammates from swimming with them on Coach Bob Beaudry’s Seneca Lake Country Club swim team and from his summer swim camps at Hobart and William Smith from the time we were in elementary school,” aid Ann Shields Dinan. “That early training gave us depth that many other teams didn’t have and also created a really supportive family feeling on the team.”