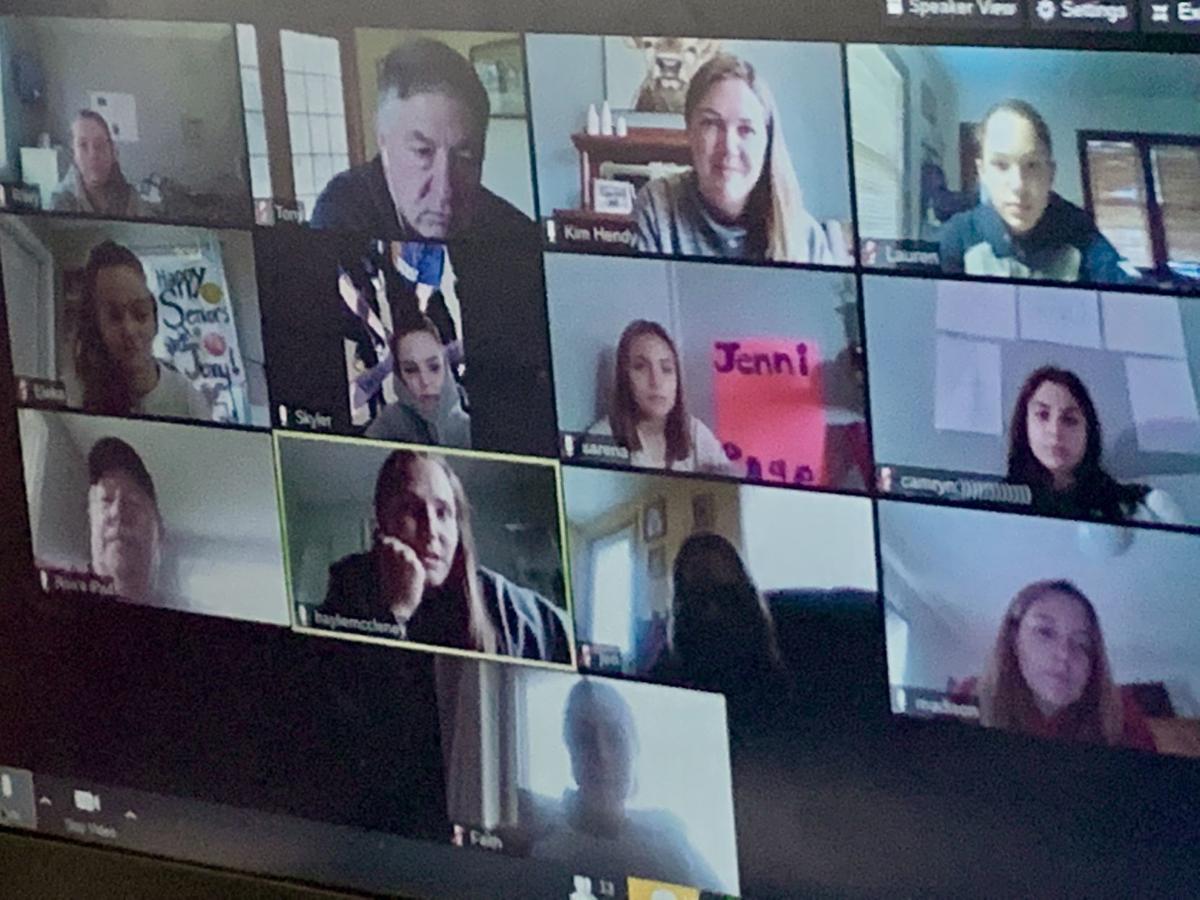 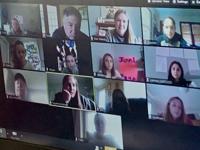 A photo of the Zoom chat featuring some of the Mynderse Academy softball team and USA outfielder Haylie McCleney, who is highlighted with a yellow box. 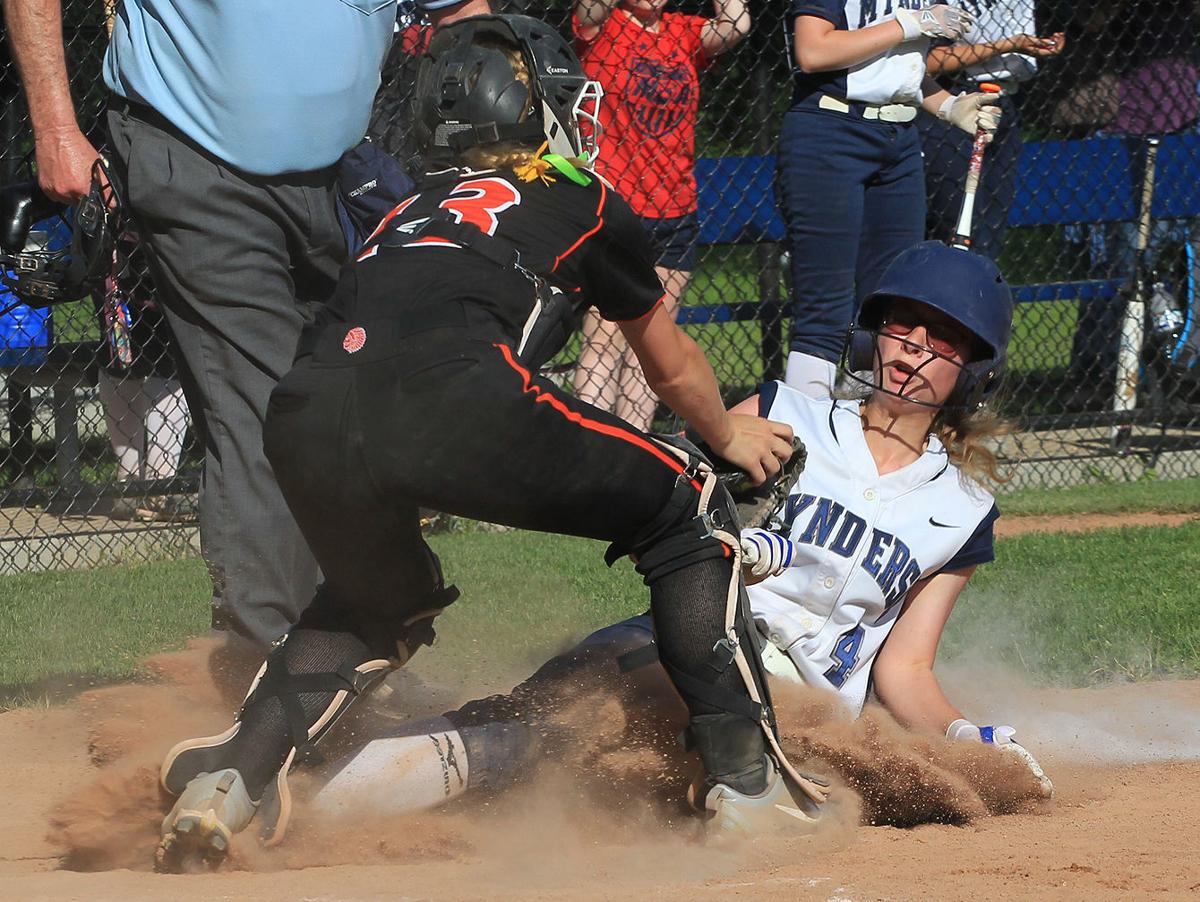 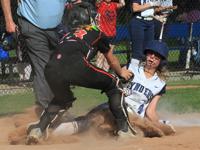 In this file photo from 2018, Mynderse Academy’s Jenni Page attempts to slide under the tag of Waterloo catcher Emma Smithers during a Finger Lakes East game. 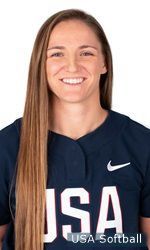 A photo of the Zoom chat featuring some of the Mynderse Academy softball team and USA outfielder Haylie McCleney, who is highlighted with a yellow box.

In this file photo from 2018, Mynderse Academy’s Jenni Page attempts to slide under the tag of Waterloo catcher Emma Smithers during a Finger Lakes East game.

GENEVA — Not enough can be said for how tough losing an entire season of sports must be for seniors across the country and Finger Lakes region.

“Years ago, when Jenni Page was playing travel ball, one of the tournaments she was at Haylie was there,” Mynderse coach Ron Johnson explained in a phone call with the Times. “She got to talk to her at the tournament … so Kim Hendy, our phys-ed teacher at Mynderse, she got a hold of Haylie and asked if she would do a Zoom meeting and Haylie was more than happy to deliver.”

On what was supposed to be the Blue Devils’ Senior Night, the group of nine girls that made up the 2020 softball roster all hopped on Zoom for a celebration of the seniors, but with something up their sleeves.

Joined by Athletic Director Tony Ferrara, Johnson and Hendy, eight of the players awaited Page, a senior captain, to hop on the chat with a surprise waiting for her. Through the hard work of Hendy, McCleney helped the team surprise Page with an appearance on Zoom.

“Funny story though,” Page said. “When I got the Zoom invitation, you can see who it’s been sent to, so I knew (McCleney) was going to be there, but no one told me. So I knew, but for all intents and purposes I didn’t.”

Regardless of whether the surprise itself was effective, McCleney’s words and viewpoint certainly had an effect on the entire team, including Page.

“It was interesting to see her outlook on the entire situation,” Page explained. “She’s going to go to Tokyo next year, and the Olympic team is going to stay the same. So it was just cool to realize even though these big athletes are got the short end of the stick, they are still hard-working, down-to-earth athletes. That’s how they are and they don’t see it any differently. It’s just another obstacle to overcome.”

It rang true, especially for Page, who got snubbed out of her senior spring but looks forward to playing at the collegiate level for Houghton College next year.

While McCleney’s appearance on the team’s Zoom chat was a surprise for Page, she also provided inspiration for junior Riley Rhinehart, who has been on the varsity team since her freshman year and has grown close with her teammates.

“It was a great experience,” Rhinehart said of the Zoom call. “She gave us so much advice, especially to get through times like this and just for the future. She’s a big inspiration.”

Rhinehart noted that it has been especially difficult to lose the season given how much she was looking forward to playing one last season with Page.

“It’s been hard,” Rhinehart began to explain of the loss of the season, “especially because last year I had a rough year and I was just hoping this year would be a lot better. Me and Jenni have grown really close the past couple years on the team together and it’s just really sad. I was really hoping to get to play with her one more season.”

More than anything, the fact both the Mynderse softball team and Team USA softball were robbed of their chance to play resonated with the players and coaches. It provides a level of comfort for the players knowing that McCleney and her Olympic teammates are going through the same thing.

“It was really crazy to think about actually,” Rhinehart said. “It was really interesting to know that the advice she was giving was so genuine because she is going through the same thing.”