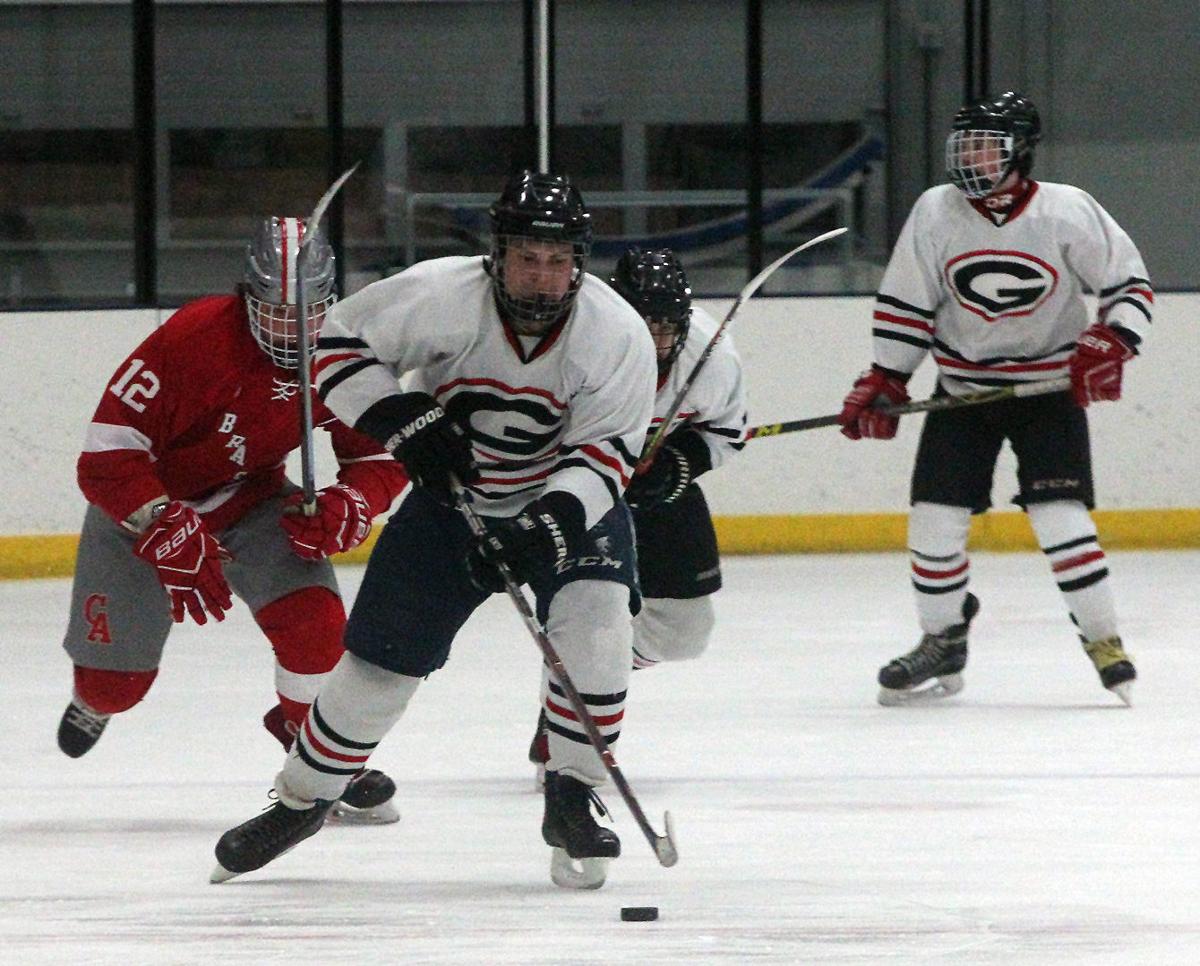 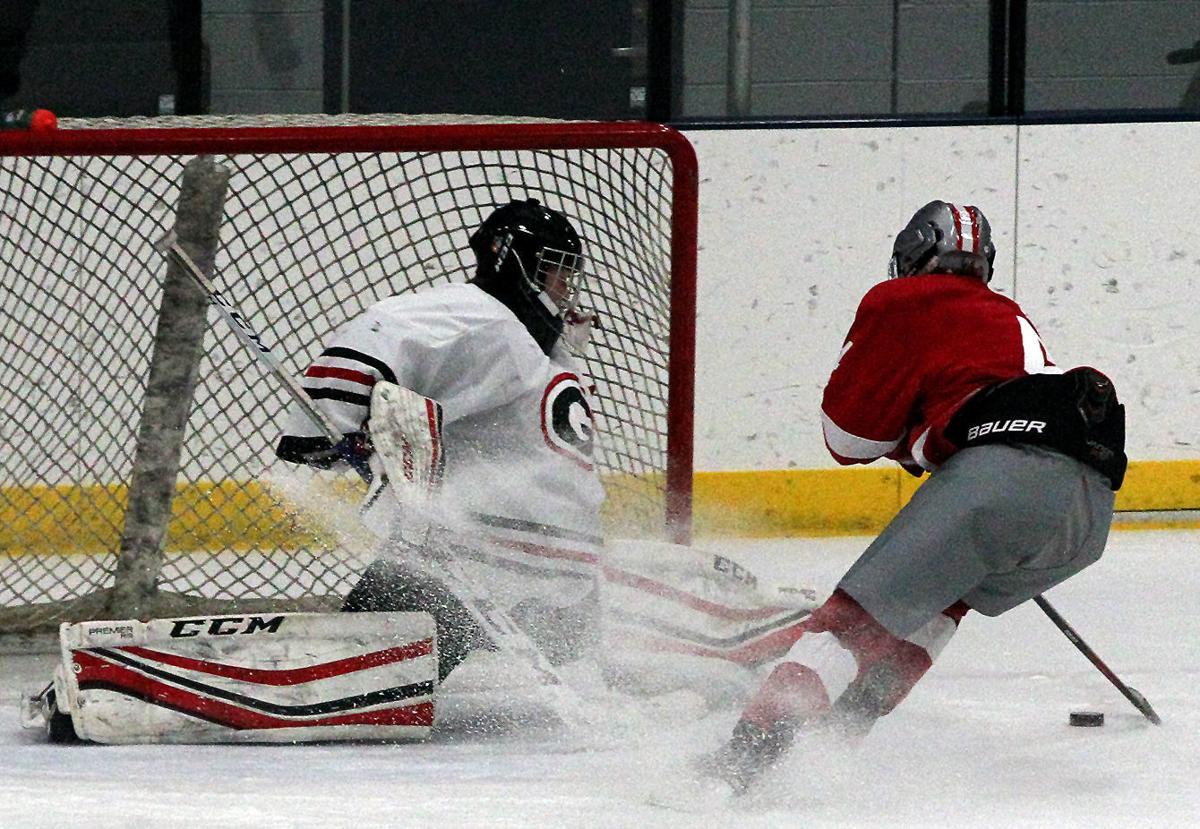 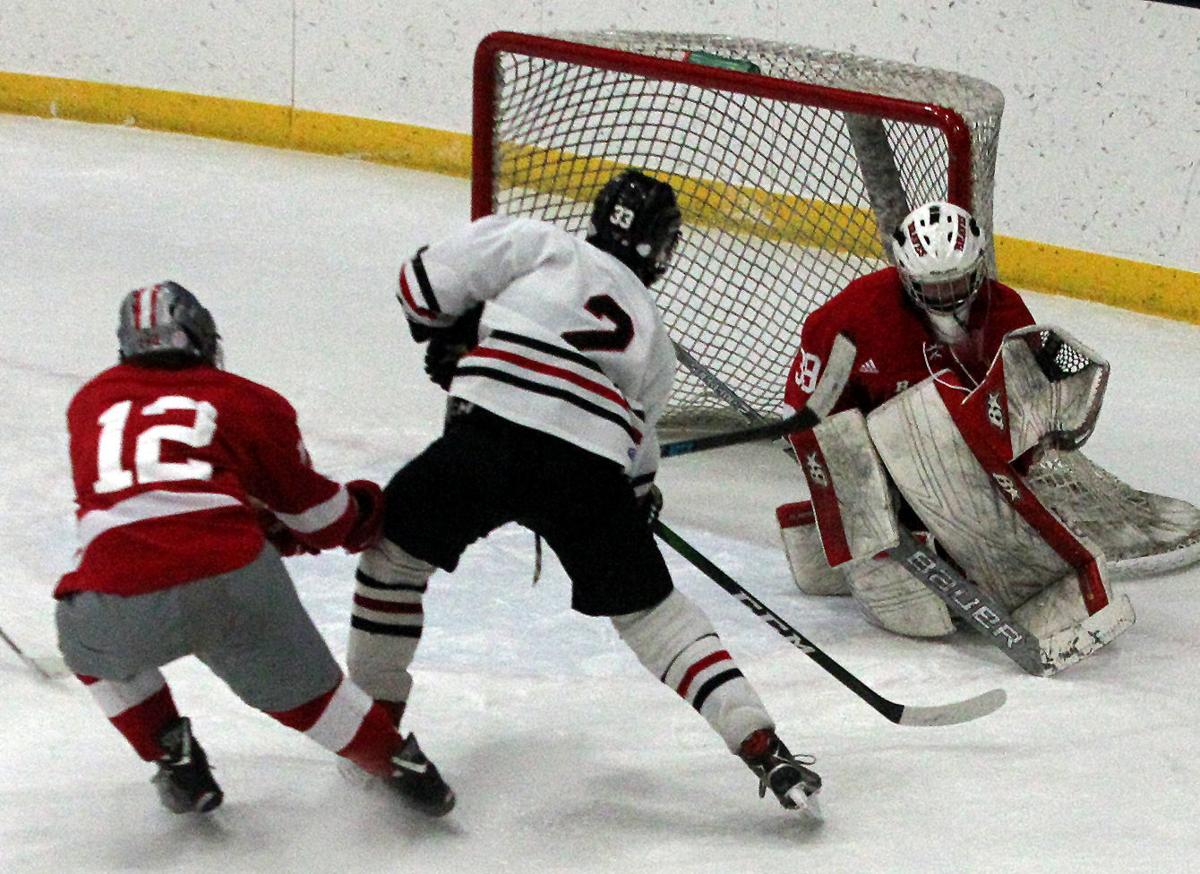 Panthers forward Brady Zugec (2) gets a shot on goal. Zugec would get hit from behind into the boards in the second period and have to leave the game due to injury.

Panthers forward Brady Zugec (2) gets a shot on goal. Zugec would get hit from behind into the boards in the second period and have to leave the game due to injury.

GENEVA — Finding another team in any sport that has as many injuries as the WFL-Geneva Panthers hockey team is a nearly impossible task.

A roster that is normally made up of 20 skaters and three goaltenders began Wednesday night’s Section V Division II hockey game against Canandaigua Academy with 14 skaters and two goalies. By the conclusion of the 8-1 loss, the Panthers’ roster had whittled to 13 skaters, with plenty of cuts and bruises to boot.

On the other side, Canandaigua’s bench was crowded with five goalies and 25 skaters. With a disadvantage right from the puck drop, the Panthers’ night seemed doomed from the start.

Nevertheless, the players skated on and played a solid final two periods after a tough first 15 minutes.

“Being young to begin with, it just makes things more difficult,” WFL-Geneva head coach Aaron Pundt said after the game. “The negatives are just piling on us right now, and as a young group, it is difficult to bounce back.”

The Braves came out energized and poised. The likes of Carter McWilliams, Anthony Holtz and Parker Boyce were flying around as Panther defensemen scrambled to keep them out of the zone. Two minutes and 3 seconds into the game, the Braves took a lead they would not relinquish as Lucas Schwartz zipped a shot past Teddy Christensen-Cook. Forty-three seconds later, Holtz, Canandaigua’s captain, doubled their lead, finishing off a beautiful tic-tac-toe goal.

A few more fluorescent goals later, the first period ended with Canandaigua up 4-0.

To Geneva’s credit, they came out in the second period looking rejuvenated and poised. Pundt knew they had to change things, so he switched defensive pairings and initiated a neutral-zone trap defense to make entering that area of the ice especially difficult for the Braves.

“We changed things up a little bit,” coach Pundt said. “We wanted to slow the game down and play them trap style. We kept our defense back a little farther, mixed up our defensive pairings. That helped out, but we are weak on the back end. That is where we are getting hammered.”

NFL draft will be in ‘fully virtual format,’ leaving Packers GM Brian Gutekunst and staff to work from home

Tom Oates: Packers were way ahead of their time when it comes to draft

Even still, the Braves continued to impose their will and jumped to a 6-0 before the Panthers could get on the board.

With just over 4 minutes left to play in the second period, Brady Zugec zipped a pass to Evan Hurlbut at the point. Hurlbut then took a low, half-slapshot toward goal. Dylan Delucia was in perfect position and deflected the puck past Braves goalie Caleb Meyer for the Panthers’ lone goal of the game.

Unfortunately, a few minutes would pass before an unnecessary injury happened.

Zugec, an eighth-grader, was battling for the puck when a bigger and stronger Boyce cheap-shotted Zugec from behind, sending him crashing into the boards. Zugec would leave the game and not return, adding to the list of injured Panthers.

“Brady is instrumental out there,” Pundt said. “Not having him hurt us, but we had the other kids step up. That’s the mentality we have to have.”

Delucia stuck up for his teammate and retaliated against Boyce, resulting in a penalty to each team. Boyce was given a 4-minute major penalty and a game misconduct.

The third period began with the Braves up 6-1, although the Panthers exhibited lots of heart by chasing down loose pucks and blocking shots left and right. Lucas Hooker took over in net at the beginning of the second period and did all he could in relief. The Braves would score two more goals and win the game 8-1.

“We came out for 11 minutes in the third period and were strong,” Pundt said. “We kept it scoreless. We had the puck in their end with pressure and forced turnovers.”