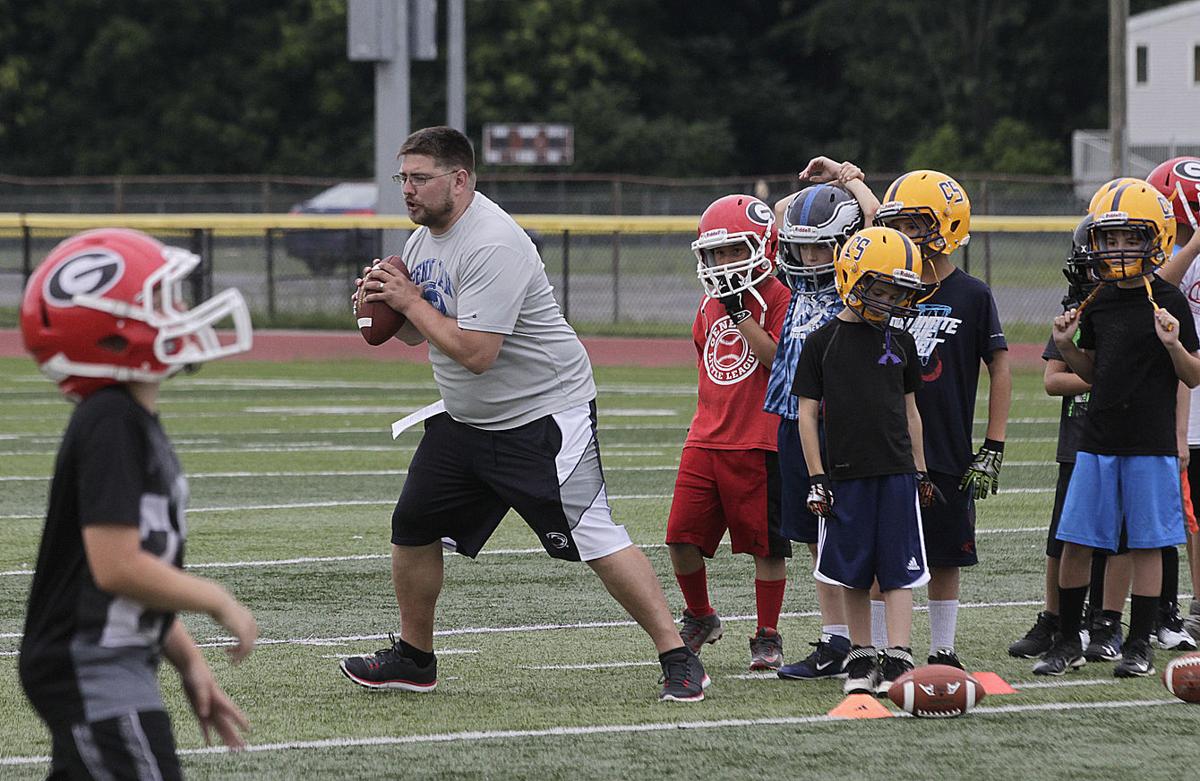 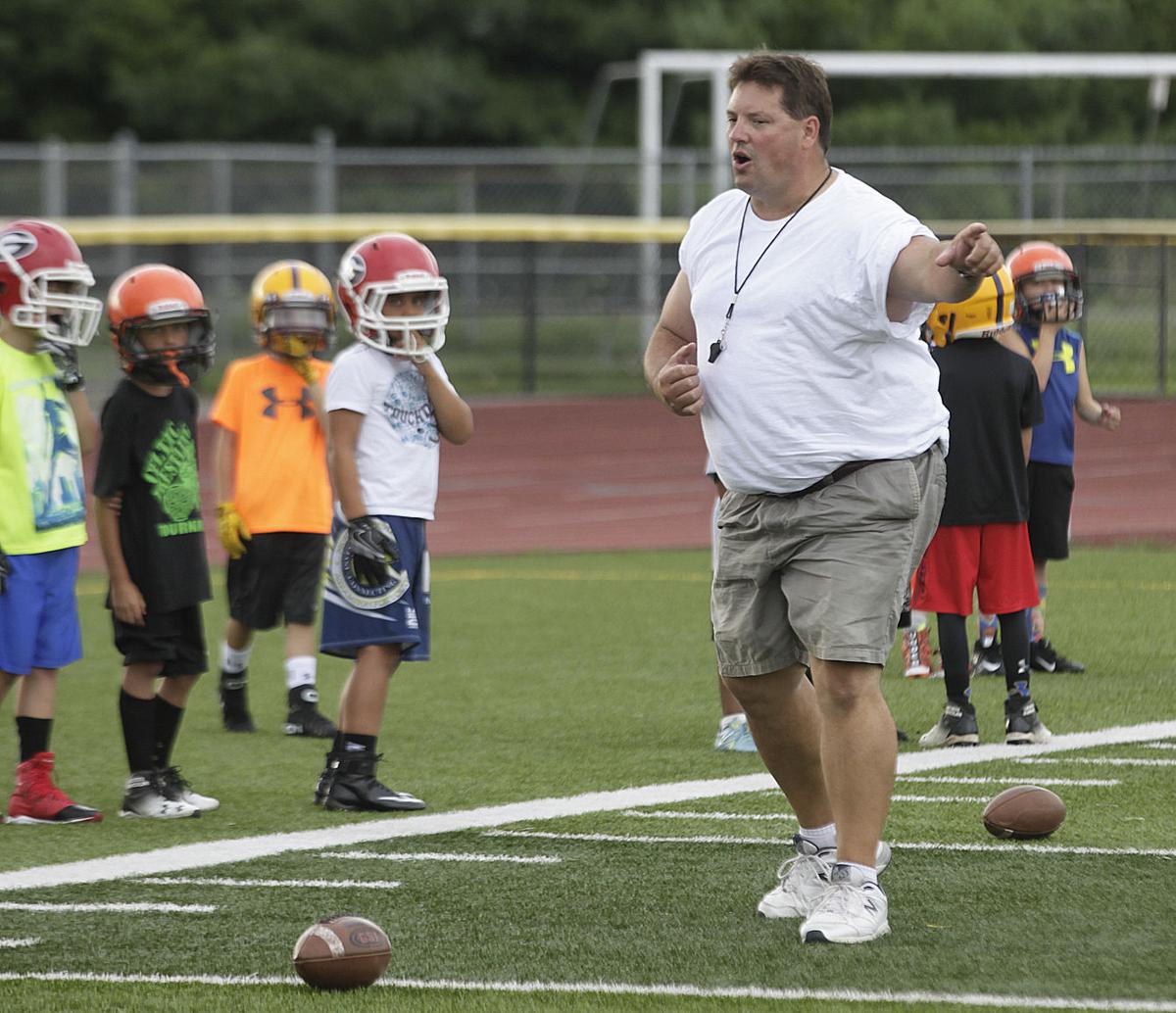 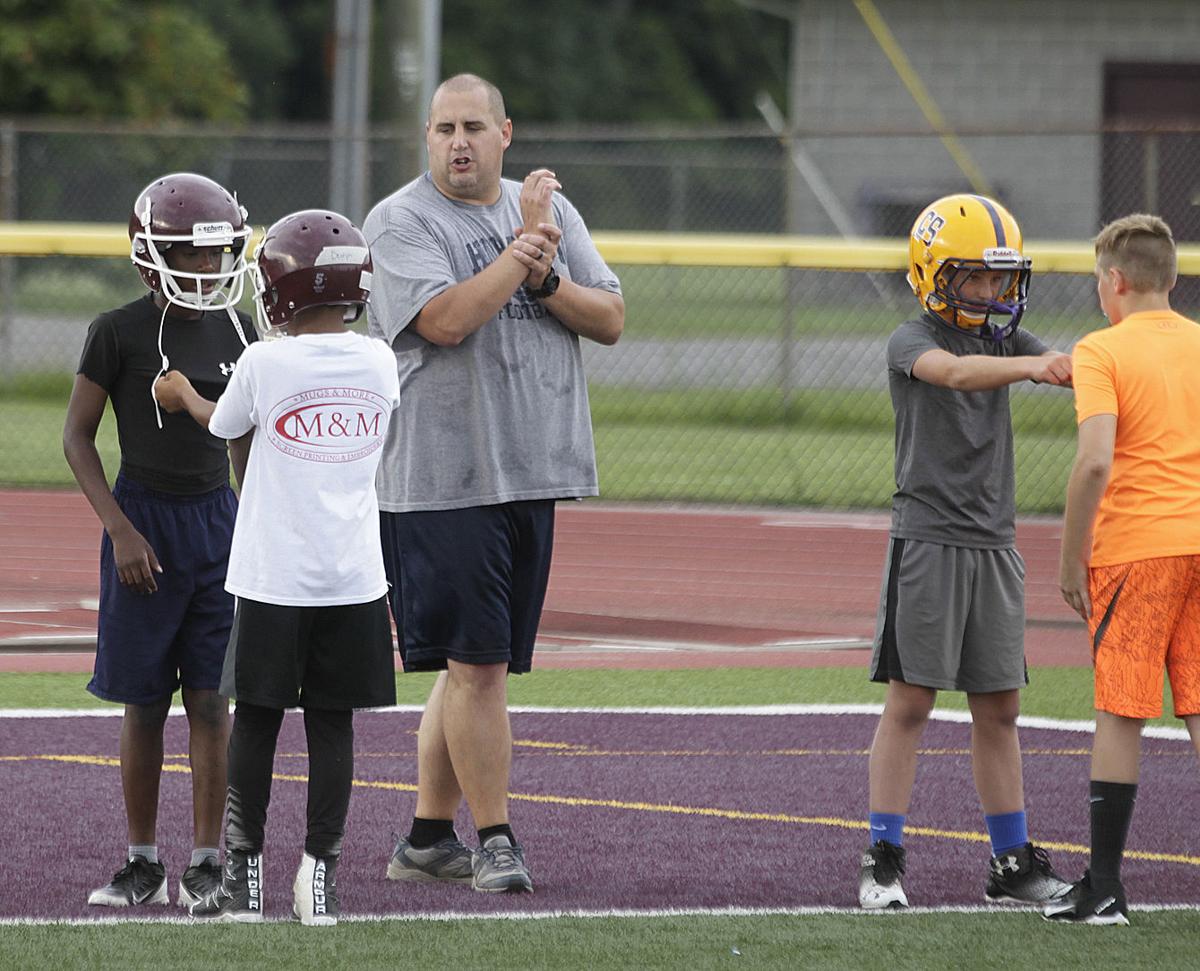 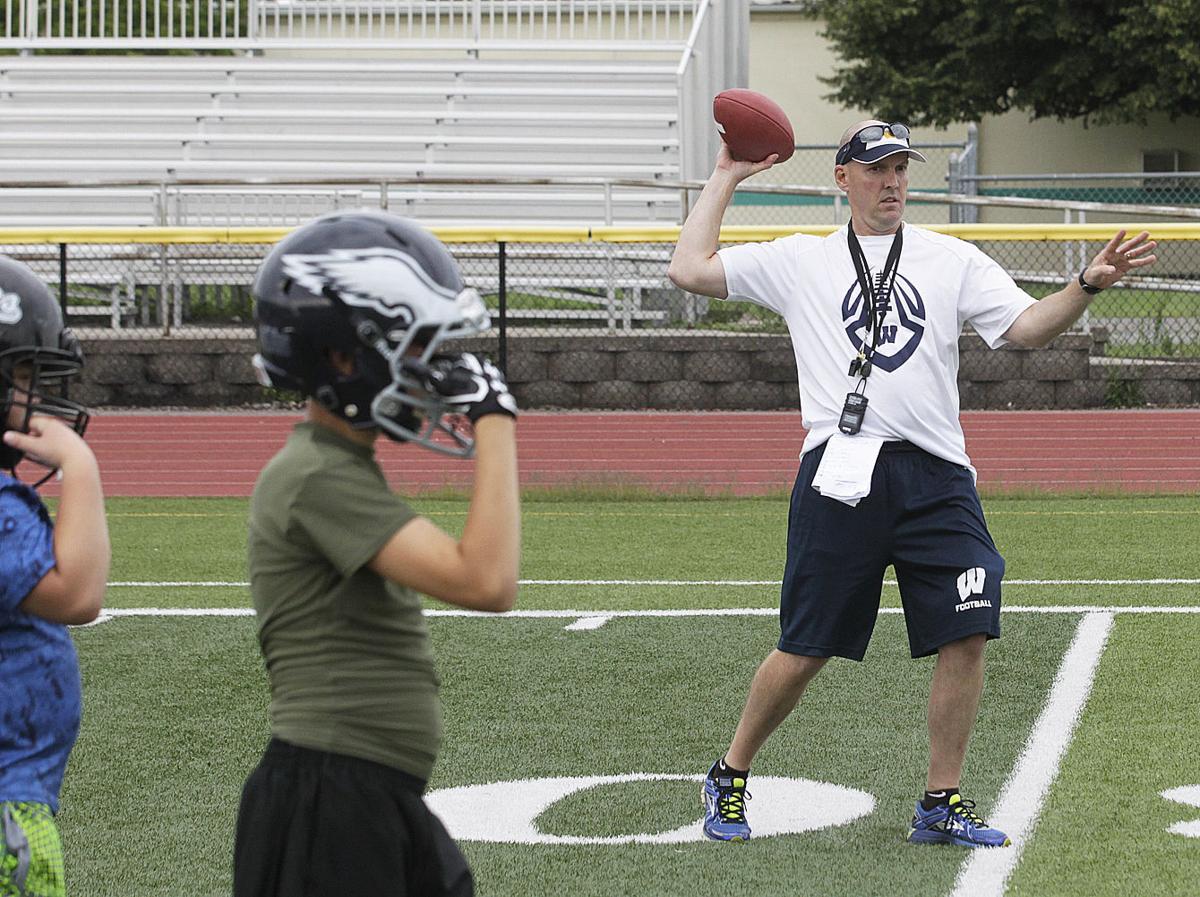 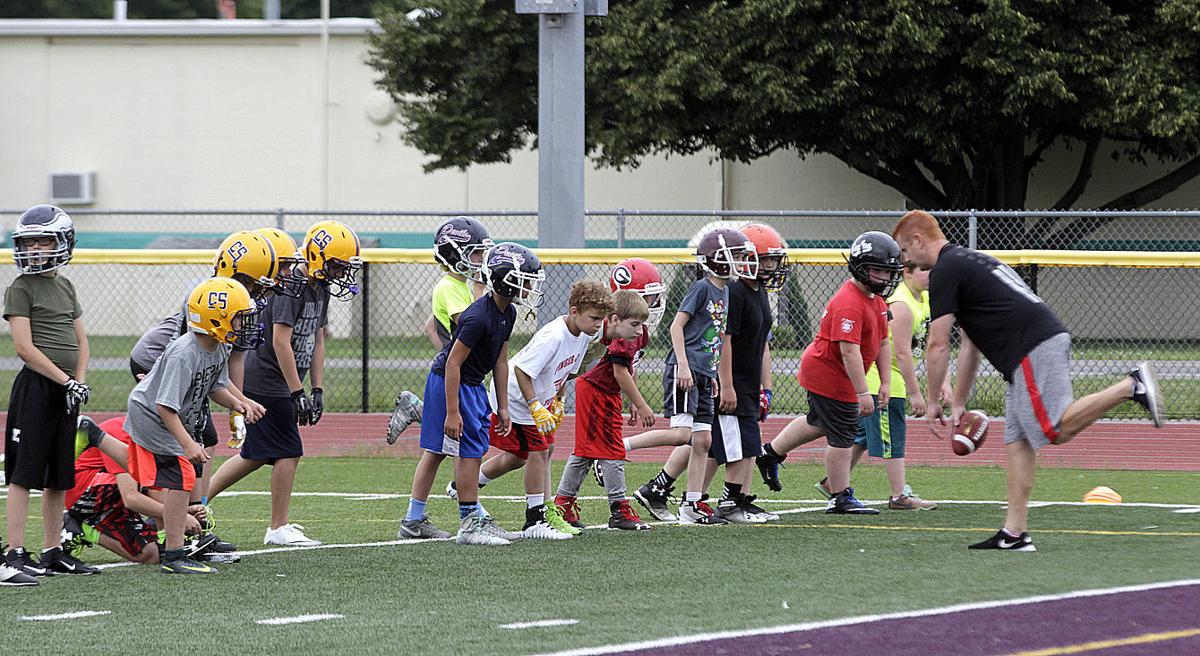 The inaugural Finger Lakes Youth Football Camp was held this week at Lyons High School. Seventy-two children in grades 3-8 attended. Scott Briggs, an assistant coach at Wayne Central, works with some of the players.

The inaugural Finger Lakes Youth Football Camp was held this week at Lyons High School. Seventy-two children in grades 3-8 attended. Scott Briggs, an assistant coach at Wayne Central, works with some of the players.

LYONS — Dave Marean admits that part of his motivation for founding the Finger Lakes Youth Football Camp was to strengthen connections between the children learning the game and the high school programs in their communities.

However, the three-day event at Lyons High School — it began Monday and concluded Wednesday — was more than that.

“The big thing about this camp was that it was not just about learning the game as much as it is about teaching them a little bit about life through the game,” said Marean, who is entering his 14th season as head football coach at Wayne Central High School of the Finger Lakes East.

Seventy-two players representing 10 of the 16 programs in the Finger Lakes Youth Football and Cheerleading League participated in the inaugural camp. They spent two hours each night working on various skills with a total of eight coaches at the high school and college level. One of those was John Evans, the defensive coordinator and defensive backs coach at Mansfield, which plays sprint football. Sprint football is played using standard football rules, but there are weight and body-fat restrictions for the players.

Evans was instrumental in bringing the NFL High School Player Development Camp to Lyons a few years ago.

The primary focus of this week’s gathering was the growing emphasis on shoulder tackling, part of a nationwide push to make football more safe. All of the coaches in the Finger Lakes youth football league are certified in USA Football’s Heads Up Football.

“They don’t talk about using the head (to tackle) at all,” Marean said. “We went right into that to help the transition with these kids.”

Marean said Section V football coaches were certified in Heads Up Football last year, and he believes a national mandate to be trained in it is coming soon.

Hornell is hosting a Heads Up session on Monday.

At the end of each session earlier this week, Marean asked someone to speak to the players. Evans was one of them. Former Syracuse University and NFL player Adam Terry was another, as was current Arena Football League quarterback Connor Hollenbeck, a Wayne graduate. Waterloo graduate and Hobart defensive line coach Walt Bennett lent his expertise as well.

Marean initiated the Finger Lakes Youth Football Camp through the New York State Elite Athletics business that he runs out of his home. He took $10 from each athlete’s $50 camp free and donated it back to that player’s youth program.

He also lauded Lyons resident Pearlie Petty, who raised $500 with the help of the Lyons Rod & Gun Club to pay the entry fees of 10 players.

Marean is confident the youth camp will grow the game locally.

“We’re hoping to double our staff next year so that we can minimize the number of kids there are at each station,” he said.