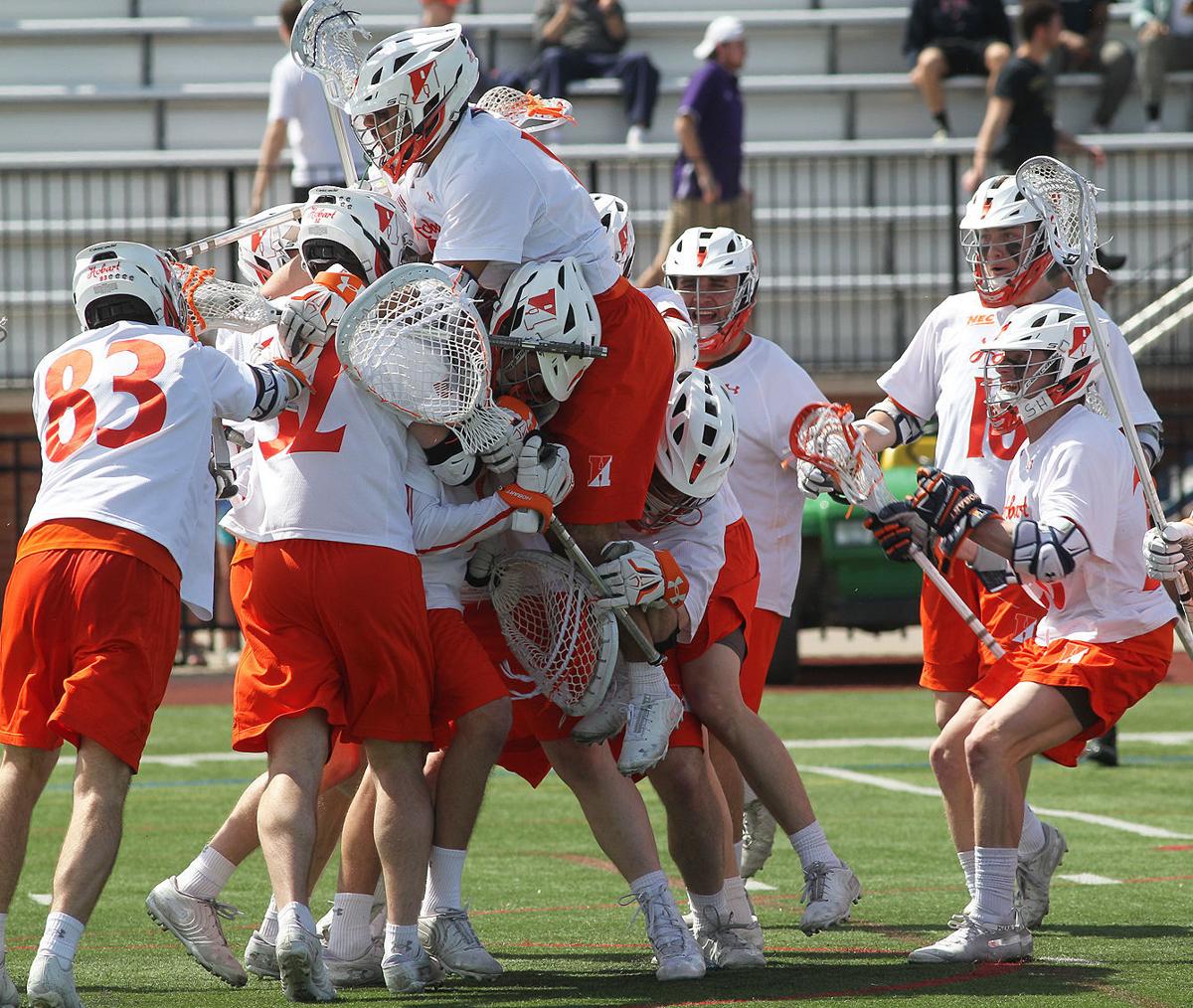 In this 2019 file photo, Hobart players pile on top of goalie Sam Lucchesi after the final horn sounded on a 12-11 victory over Bryant. Lucchesi made seven saves as the Statesmen stopped a two-game losing streak. 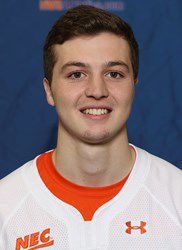 GENEVA — In the five games that Hobart lacrosse got to play in 2020, they found their way into the nation’s top 20 teams. Their offense was as potent as they come and attackmen and middies seemed to score with ease.

With a great offense must come superior defense, and senior goalie Sam Lucchesi was the Statesmen’s backbone between the pipes. His stout goalkeeping throughout his four years has allowed Hobart to run away with countless games.

Lucchesi’s superiority between the pipes has been recognized and he has signed a deal in Major League Lacrosse with the defending champions Chesapeake Bayhawks.

The Bayhawks used their sixth pick in the fourth round to grab Lucchesi, who went 4-1 this season and finished seventh in the nation in saves per game (13.8) and 15th in save percentage (.566). Lucchesi earned the NEC Defensive Player of the Week Award for his 10-save effort against Canisius and was tabbed a NEC Prime Performer following a season-high 18-save game against Colgate.

Upon drafting Lucchesi, Bayhawks’ Head Coach Tom Mariano expressed excitement in adding the Garden City native to the roster and praised his Hobart career. “Pumped to add Sam to #HawkNation great college career and he has the skill set to translate to the pro level. #wall #Lastline,” Mariano tweeted.

Lucchesi joins teammate Eric Holden as this year’s draft picks from Hobart. Since MLL was founded in 2001, nine Statesmen have been selected.