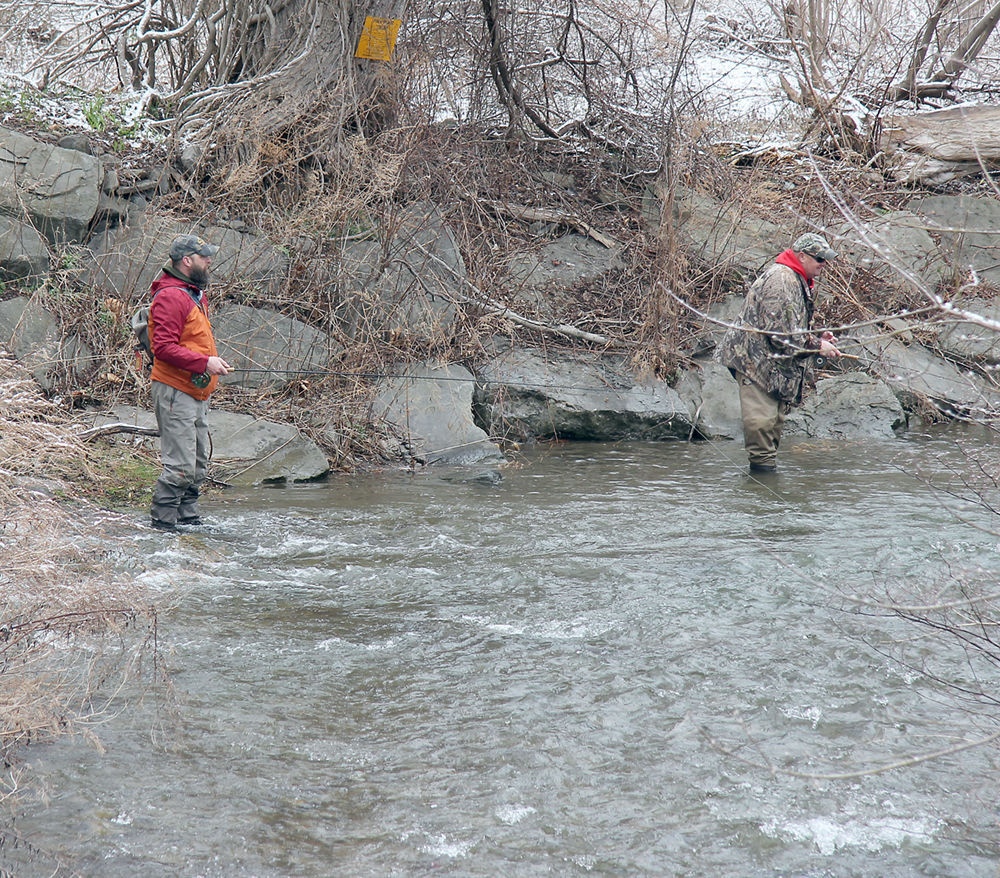 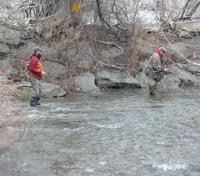 The number of anglers fishing Naples Creek on opening day was down from previous years, a combination of factors likely the reason. Anglers will need to pay attention to new DEC regulations that have been 30 years in the making. 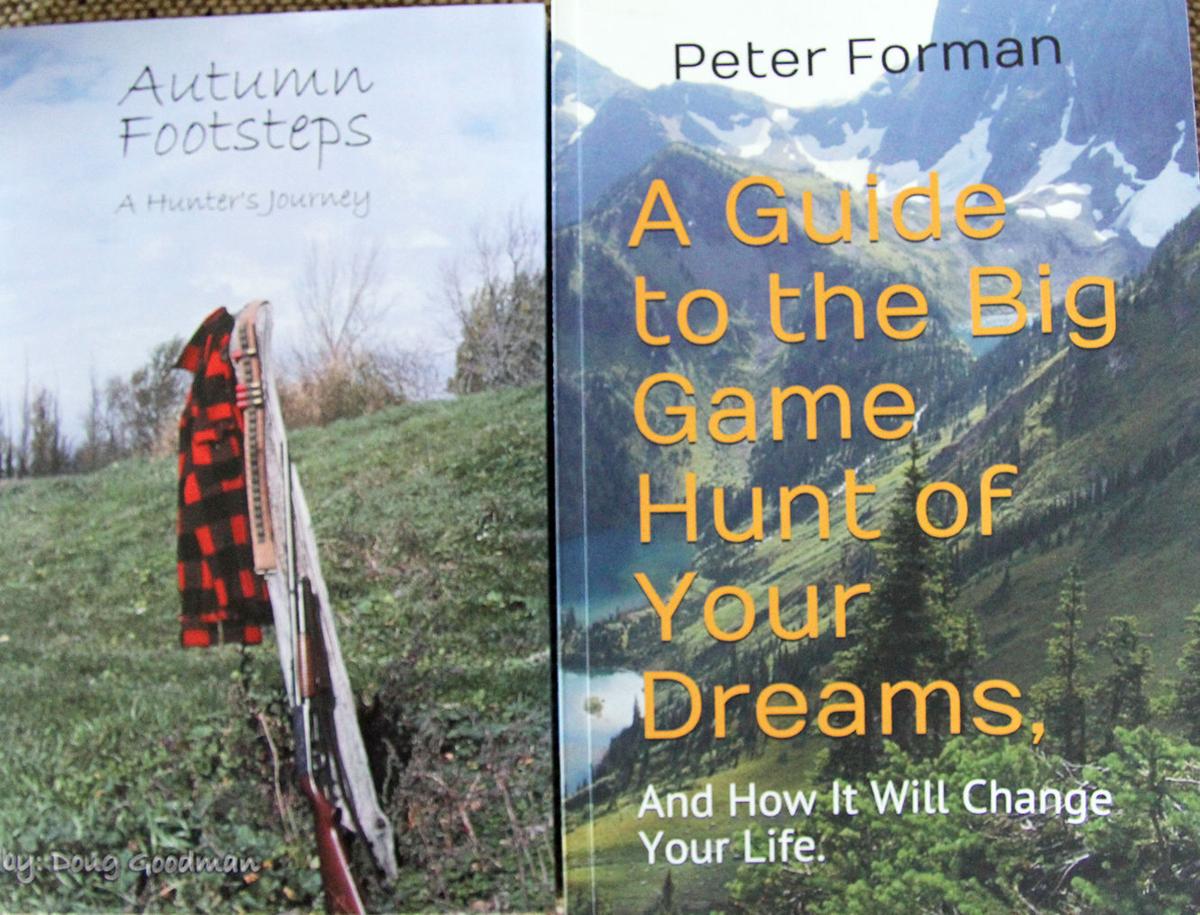 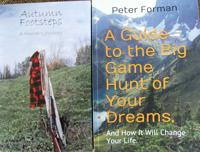 Local authors Doug Goodman and Peter Forman have penned books about the outdoors — with different themes, but equally entertaining.

The number of anglers fishing Naples Creek on opening day was down from previous years, a combination of factors likely the reason. Anglers will need to pay attention to new DEC regulations that have been 30 years in the making.

Local authors Doug Goodman and Peter Forman have penned books about the outdoors — with different themes, but equally entertaining.

The New York State Department of Environmental Conservation released its new inland trout regulations recently, and although April 1 has passed, the new standards will be permanent.

The fishing regulations have always been a cumbersome read. And, although the opening-day excitement will be a phrase lost in the archives of stuff like a phone booth, springtime is still trout fishing.

Steve Hurst, who heads DEC’s Bureau of Fishing, said that inland trout management and regulations had not been reviewed in 30 years, and they needed to be simplified. Hurst did empathize during a Zoom meeting with outdoor scribes that stocking numbers will remain the same.

The opening-day regulations apply only to keeping trout, while the new fish and release is open for five months.

The fish-and-release regulations will allow year-round angling for all inland trout streams statewide. The period from Oct. 16 to March 31 will be limited to catch and release, with only the use of artificial lures permitted. This catch-and-release season will allow for more angling opportunities without negatively impacting the trout fisheries.

The new regulations support the objectives of the five management categories of DEC’s Trout Stream Management Plan, and they increase trout stream angling opportunities significantly by allowing fishing all year.

• Daily creel limit of five trout per day with no more than two longer than 12 inches statewide and for reaches categorized as Wild or Stocked in effect from April 1 through Oct. 15.

• Daily creel limit of three trout per day with no more than one longer than 12 inches for reaches designated as Wild-Quality or Stocked-Extended in effect from April 1 through Oct. 15.

• Daily creel limit of one trout per day, any size, for reaches designated as Wild-Premier in effect from April 1 through October 15.

• The creation of a statewide catch-and-release trout season in effect from Oct. 16 to March 31. During this period anglers are restricted to artificial lures only and must release all trout caught promptly. Some exceptions apply for certain stream reaches.

In addition, DEC launched a new interactive Trout Stream Fishing Map to provide anglers with information about how and where to find their preferred type of trout angling opportunities.

The Trout Stream Management Plan’s categories, objectives, and strategies were developed to achieve outcomes identified by a diverse audience of anglers that participated in more than 20 public meetings held across the state. These changes also reflect DEC’s continuing efforts to simplify regulations whenever possible to make fishing more accessible and enjoyable.

The new 2021 fishing regulations guide lists the new measures with descriptions of the applicable stream reaches. A listing of how publicly accessible trout stream reaches are categorized is also available in DEC’s Categorization of New York State Trout Stream Reaches at www.dec.ny.gov/docs/fish_marine_pdf/tsmpreachcat.pdf.

DEC’s new, interactive Trout Stream Fishing Map provides a one-stop shop for information about stocking, fishing access, season dates, and regulations. All Wild-Quality, Wild-Premier, Stocked, and Stocked-Extended reaches are mapped, and DEC will complete the mapping of Wild categorized reaches later this year. Links to the Trout Stream Fishing Map and a User Guide are available at www.dec.ny.gov/outdoor/122444.html.

With more than 65 interactive data layers, DECinfo Locator lets users see and download permits, former industrial site cleanup plans, water quality reports and more based on where they live, work or play. DECinfo Locator’s outdoor activity data lets hikers, campers, hunters, and other adventurers plan forays into New York’s natural wonders, whether that be locating a fire tower and planning a route, setting up a weekend of fishing, or just browsing the activities allowed on nearby state lands. Multiple information layers can be activated at the same time, allowing users to see the many ways DEC is working to protect and enhance the state’s environment and recreational opportunities.

The new fishing guide can be found at www.dec.ny.gov/outdoor/7917.html for downloading and printing at home. Production of hard copies is underway, and DEC expects to have guides at license-issuing agents no later than the second week of April. Request hard copies by emailing FWFish@dec.ny.gov.

I love to read, and am now catching up — finally — on a few books that sit on my rocking chair. That’s where they rest until I have a chance to open them.

One book, “Sapiens” by Yuval Noah Harari, has been resting for two years. I’ve made it to page 140, and although the subtitle is “A Brief History of Humankind,” there is nothing brief about the book.

I had a conversation with my friend in Vermont recently, a friend who recommended the book.

“How’s ‘Sapiens’ coming along? “I inquired.

Two outdoor-related books that I have finished are “A Guide to the Big Game Hunt of Your Dreams” by Peter Forman, and “Autumn Footsteps” by Doug Goodman.

Forman penned one of those most comprehensive guidebooks I’ve read. You don’t really need to partake in a big-game hunt to realize you need a check list. How many times have we planned a lifetime trip and left a rifle scope home, or neglected to bring binoculars? How about leaving ammunition behind?

How to plan, when to plan, and what to ask the outfitter are just some of the important chapter headings in this book.

Forman allotted six full pages in his book for one of his favorite hunts to Russia. It’s titled “Russian Moose Packing List.” At first a reader might think it’s overkill — until you check out his first aid category.

Under the survival category Forman listed a vital little item: GPS batteries. How about spare eyeglasses? Would you remember that important addition?

“This book is full of hunting stories, misadventures and mistakes,” Forman said. “I then give you step-by-step procedures to plan, book, and be successful on a hunt. The lessons learned are laid out so that you can easily go back to find them the moment you need them. I want others to reap the benefits of what I learned, making their own experience mind-blowing.”

What I enjoyed most about this book was a big game hunting author acknowledging mistakes and giving advice during his quests, making it easier for anyone choosing a lifetime adventure.

This is a fantastic guidebook.

Goodman has been involved with the outdoors his entire life. He spent much of his life in the out-of-doors following in the autumn footsteps of his father, his father’s father, and those generations that came before them.

“This work is a collection of my hunting memories and is an attempt to pass on my family traditions along with my beliefs, philosophies, observations and personal experiences afield to my children, grandchildren and generation to come as well,” he said. “It is my hope they too find the joy, peace and meaning afield that I have tried to pass on to them through this endeavor.”

Goodman, a retired member of New York Outdoors Writers Association, has been a freelancer specializing in handguns, whitetail deer, and varmint hunting. He has written for New York Outdoor News. He is an NRA-certified pistol instructor.

“A Guide to the Big Game Hunt of Your Dreams” and “Autumn Footsteps” are available on Amazon.