The volunteers, organizers and mentors in the sixth annual Finger Lakes Regional Youth Deer Hunt stand behind the 22 teenagers that harvested a total of 19 whitetails Oct. 10-11. 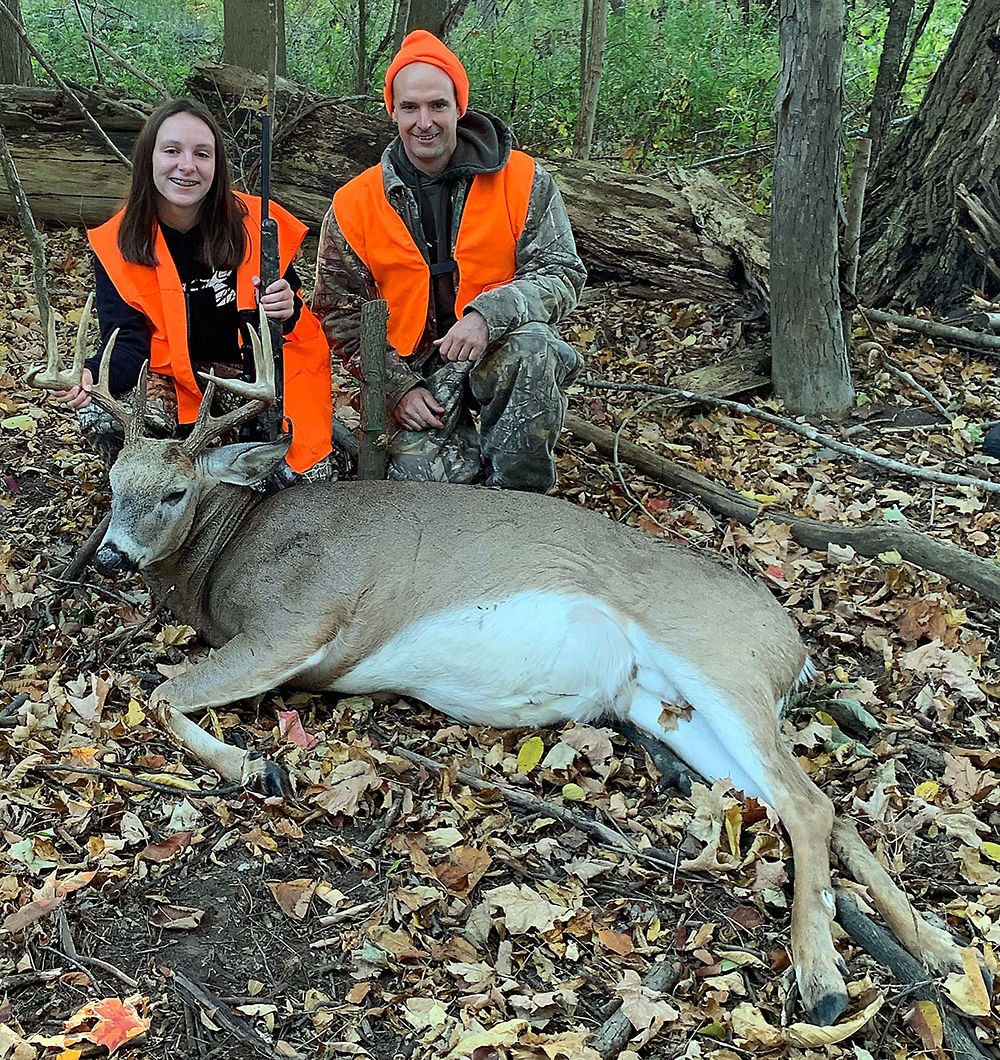 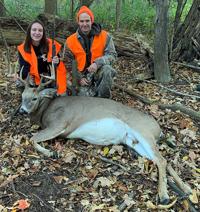 Clyde-Savannah High School sophomore Jessica Montemorano shot this 10-point buck on family property in Wayne County during the statewide youth deer hunting weekend Oct. 10-11. The 15-year-old said the night before the hunt she and her uncle, Kris Montemorano, had seen two bucks fighting, so they made a spot and returned the next morning. A little after 7:45 a.m. the 10-pointer wandered by, and Jessica shot her first deer. It weighed 270 pounds. Jessica said her uncle has instructed her on the ins and outs of hunting for the past two years. 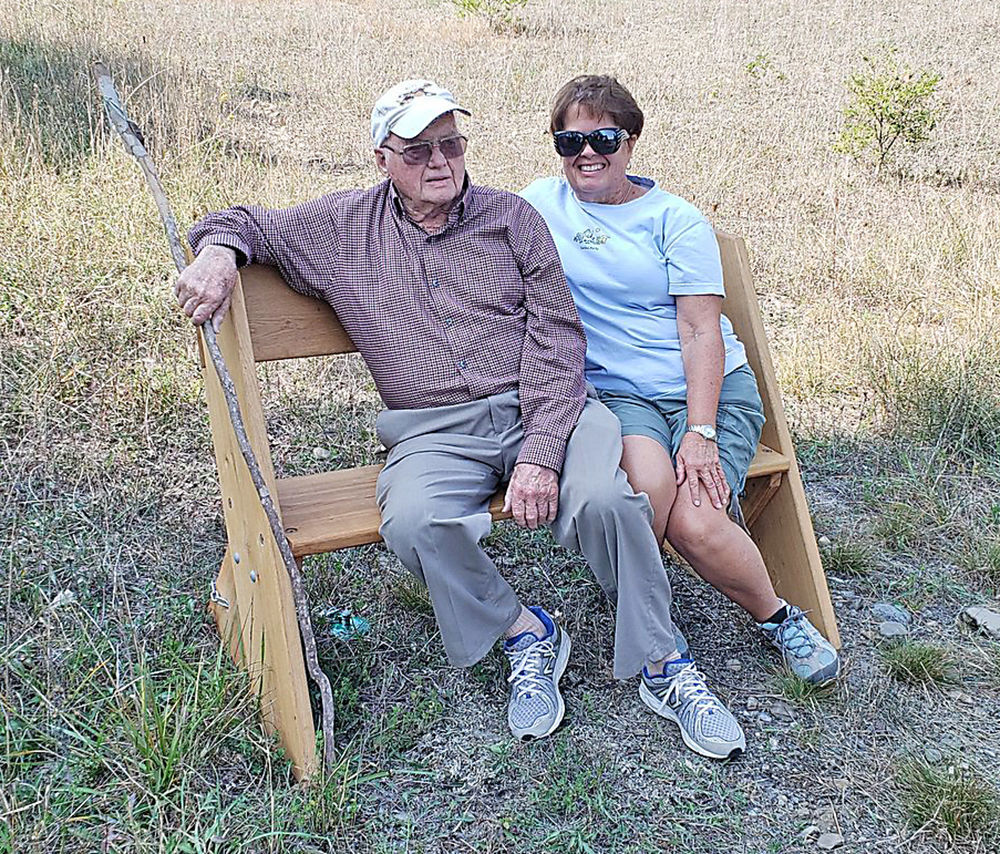 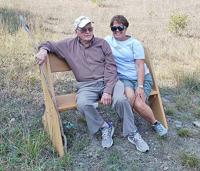 Art and Kay Wilder donated the land that is now home to the Botsford Nature Preserve in the Yates County town of Jerusalem. 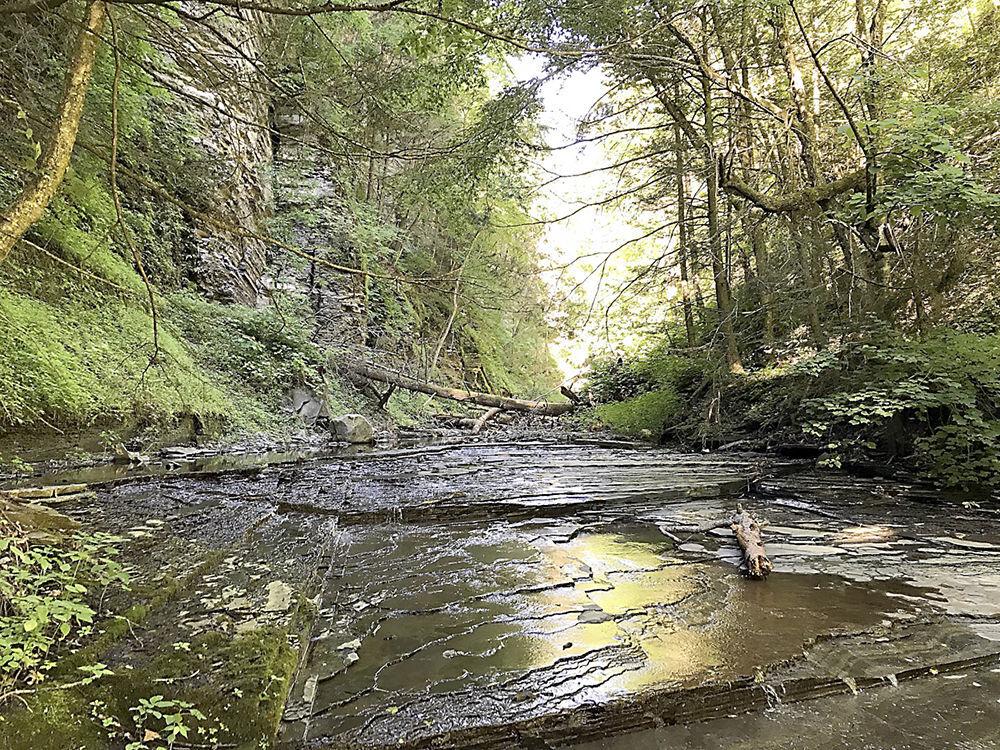 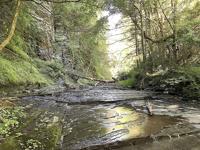 The volunteers, organizers and mentors in the sixth annual Finger Lakes Regional Youth Deer Hunt stand behind the 22 teenagers that harvested a total of 19 whitetails Oct. 10-11.

Clyde-Savannah High School sophomore Jessica Montemorano shot this 10-point buck on family property in Wayne County during the statewide youth deer hunting weekend Oct. 10-11. The 15-year-old said the night before the hunt she and her uncle, Kris Montemorano, had seen two bucks fighting, so they made a spot and returned the next morning. A little after 7:45 a.m. the 10-pointer wandered by, and Jessica shot her first deer. It weighed 270 pounds. Jessica said her uncle has instructed her on the ins and outs of hunting for the past two years.

Art and Kay Wilder donated the land that is now home to the Botsford Nature Preserve in the Yates County town of Jerusalem.

The New York State Department of Environmental Conservation’s Hunter Education Program was introduced in 1949. Environmental conservation officers have been involved with instructing hunter education classes from the beginning, vetting potential volunteer teachers and making it a priority to be directly involved during classes.

Involving youths in actual hunting experiences guides them from the classroom to the outdoors, which is the ideal approach for teaching safety, ethics, rules, and regulations.

Over the past 15 years the ECOs in the Finger Lakes region have gone a step further in bringing things full circle by hosting youth hunting events for a wide range of species, including waterfowl, pheasants, turkey, and deer.

The sixth annual event started with a mandatory pre-hunt instructional and shooting range session during which the youth hunters received a refresher on firearm safety and hunter ethics. They were accompanied by ECO mentors from DEC Regions 6-9.

On Oct. 9, the 22 youngsters and their mentors were treated to firearms marksmanship training by ECOs Josh Crain and Kevin Thomas, followed by a discussion of hunting ethics and hunt rules by DEC Lt. Matt Lochner.

Several noteworthy prizes, ranging from air rifles and crossbows to a muzzleloader and a .243 rifle, were drawn at random throughout the weekend.

The first hunt took place on the morning of Oct. 10. The deer hunters, parents, and ECO mentors scattered in different locations throughout the 4,500-acre property.

The youngsters hunted Saturday morning, Saturday afternoon, and Sunday morning. Over the course of the weekend they harvested 19 whitetails. Phil Huber and his bloodhound, and Jason Pollack and his Drahthaar, assisted in the tracking and recovery of deer during the event.

The Sunday hunt was followed by pictures and a meet-and-greet with biologists Robin Phenes from DEC and Greg Flood from the U.S. Forest Service, each of whom conducted a deer aging demonstration. Brian Pragle of Brian Pragle Custom Woodworking and Skull Mounts attended the Sunday event and offered to prepare a free skull mount for each successful hunter.

However impressive the number of harvests were during the 2020 youth hunt, it was the combination of conservation, ethics, safety, and appreciation for wildlife and habitat that have been the overriding goals of this event. Thanks to a to a very generous landowner and the tireless dedication and support of the ECOs, volunteers, and sponsors listed below, this year’s event was an overwhelming success.

Feed (and count) the birds you see

I took my feeders down this summer because some unruly rodents thought my deck was a nice home. Come out at night, grab a snack, then sleep in comfort. That was their routine.

My deck is situated a foot above the ground, not the best height to dislodge bad lodgers.

So, after staining the deck I had chicken wire placed at the bottom of the outside perimeter. The gate was closed. It’s now a gated community; in other words, no raccoons admitted. Animals like us, Homo sapiens, are allowed if they show proper identification … like a press pass.

The feeders were placed in the old locations recently, and I kid you not when I tell you the birds arrived within hours. Juncos came from Canada, while the nuthatches and chickadees left my woods, where they spend the summer. The table is set for free dinners, and now it is time to count my flying friends.

Considering recent news about the net loss of nearly 3 billion birds in the United States and Canada since 1970, it’s more vital than ever that citizen scientists monitor their own backyard birds. It’s important to have a handle on bird populations, and what better way to achieve this than to have a consistent bird count from the field.

If you feed the birds (who doesn’t?), your feathered friends are consistently gobbling seeds. That’s the perfect time to count them. By entering data yearly from the same location, you are the perfect biologist, the avian expert. Join the Project FeederWatch and be a part of a great community of bird fanciers.

“I may be a couple of feathers short of a hummingbird, but I’ve learned things during a lifetime of feeding birds,” he said. “It’s important to put the feeders outside. And, this where many failed bird feeders go wrong: Put bird seed in them.”

Now you know why his wife calls their home “The Batt Cave.”

Probably the most exciting part of this survey is that it can include the entire family. What better way to introduce the youngsters to the excitement of watching and identifying birds? It’s a fantastic teaching method, right from home. You can dub it “home-schooling for the birds.” No electronic devices needed or encouraged for counting ... and hooray for that!

Your instructions are to count birds that appear in your count site because of something that you have provided, whether it be plantings, food, or water. For each species, you report only the highest number of individuals that you see in view at one time.

You pick two consecutive days to count the birds. You may count as often as every week; however, you can just count two days, your choice. I will do a count in January and another in February or March.

What’s really neat is your personal counts are compiled online according to the place, time, weather conditions and total species for your count days. It’s fun to go back 12 years and see who made the cut and who wasn’t around for those two consecutive days.

New participants are sent a Research Kit (feederwatch.org/about/how-to-participate/#your-research-kit) with complete instructions for participating, as well as a bird identification poster and more. You provide the feeder(s) and seed.

Project FeederWatch is supported almost entirely by participation fees. Without the support of our participants, this project would not be possible. With each season, FeederWatch increases in importance as a unique monitoring tool for more than 100 bird species that winter in North America.

Because FeederWatchers count the number of individuals of each species they see several times throughout the winter, FeederWatch data is extremely important for detecting and explaining gradual changes in the wintering ranges of many species.

For information on Project FeederWatch visit www.birds.cornell.edu/pfw or call (607) 254-2427.

Highlights: Pie-plate slug, modified trap, and 100-yard slug/rifle, along with raffles for turkey and shrimp