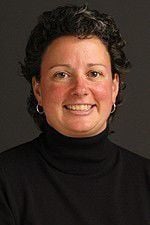 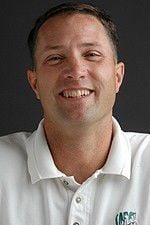 GENEVA — Shortly after the Hobart crew team closed out the 2018-19 year for HWS athletics, two varsity coaches have announced their retirements.

After 30 years as head coach of the William Smith Swimming and Diving team, Kelly Kisner has chosen to retire.

Both coaches have accrued staggering accolades during their tenures.

Coach Kisner finishes her coaching career with a dual meet record of 206-95-1. Her previous five predecessors’ combined wins don’t even reach that. Out of her 30 years at the helm, Kisner’s teams have posted winning seasons 27 times, including the last 13 consecutive seasons.

Not only does Kisner’s personal accolades speak for themselves, the accomplishments of the athletes she has coached speak volumes.

She has coached All-Americans, conference champions and state champions, to name a few.

Most recently, Caroline Conboy ‘17 won Liberty League swimmer of the year during her junior year. She also won Liberty League Female Scholar Athlete of the Year her senior year and competed at the NCAA championships in 2016 and 2017.

As for Fishback, it has been quite the month of June for his family.

Less than a week later, Chip Fishback will leave William Smith as one of the most successful coaches in school history.

For tennis, he is the all-time leader in wins, wins per season, matches coached and seasons coached — all while never suffering a losing season. He accrued a record of 252-135 with a winning percentage of .651.

In his 21 seasons as head coach, Fishback coached the Herons to 37 all-conference awards, including Liberty League Players of the Year Chelsea Rauck in 2006 and Hannah More in 2016.

Fishback tied the season record for wins in his fourth season, with 14 three years in a row before inevitably braking it with 16 in 2011.

As for his squash resume, Fishback was the only coach in the 20-year history of the program. In that time, he coached the Herons to 15 winning seasons with a 222-189 record, good for a .540 save percentage. He also won the Liberty League Coach of the Year.

Fishback has led the herons to back-to-back Liberty League Championships in 2004-05 and 2005-06. Under his instruction, William Smith squash won the Walker Cup in 2006 and 2007, and the Epps Cup in 2009, 2013 and 2018 all while coaching 35 all-conference selections including two players of the year and three rookies of the year.

Fishback will look to spend more time with his family and with his three sons. His oldest son, Ryan, will look to play with his younger brother, Drew, in doubles next year for Geneva High School tennis. Meanwhile, Fishback’s youngest son, Tucker, will be in third grade.

With two future Heron Hall of Honor inductees leaving, William Smith will be hard-pressed to find coaches that to fill their shoes.

LEGAL NOTICE Notice of Formation if a Limited Liability Company