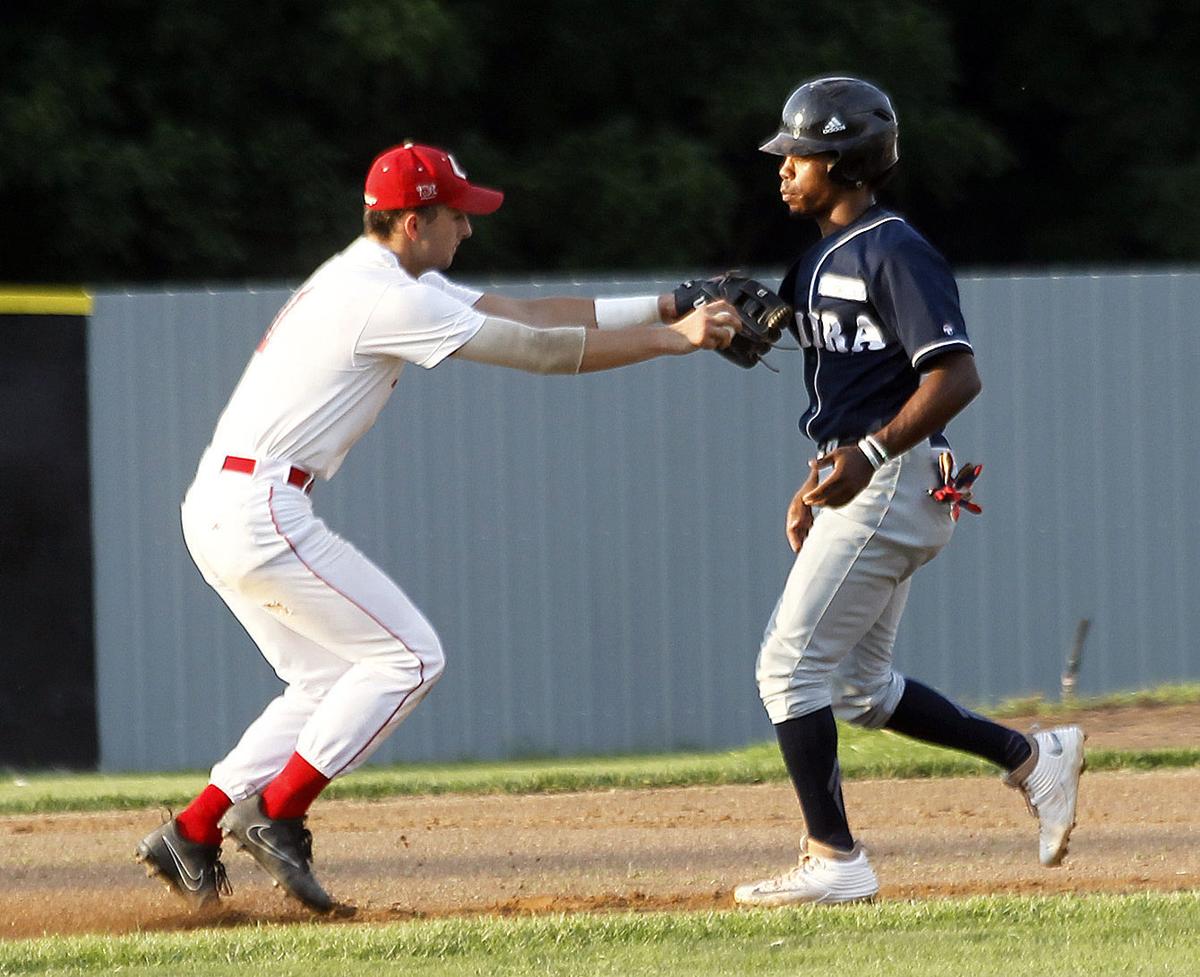 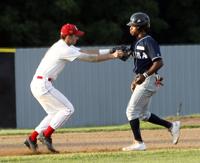 Geneva Red Wings second baseman Dominic Toso tags out Elmira’s Troy Dixon to end the top of the first. Dixon was caught in a rundown. 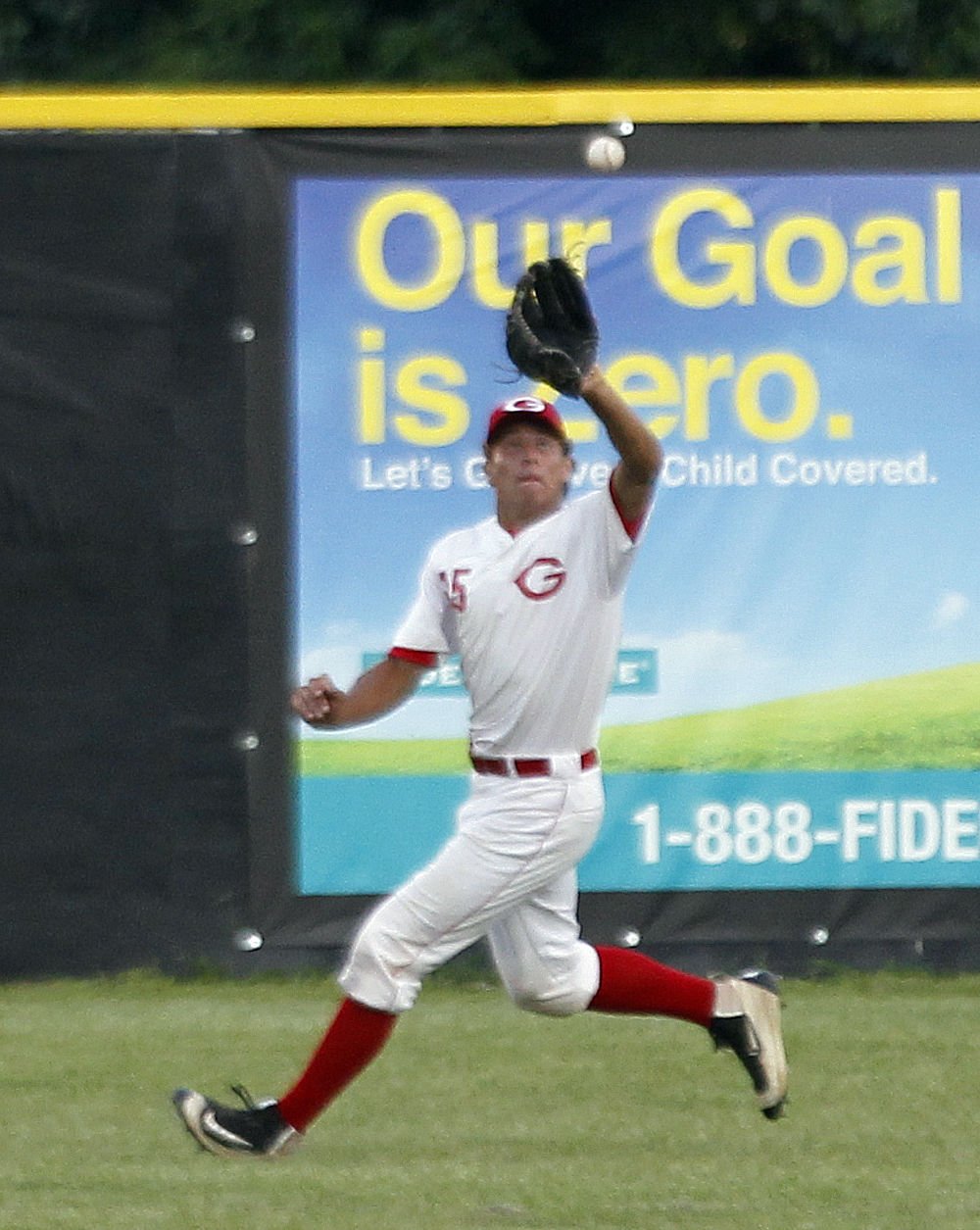 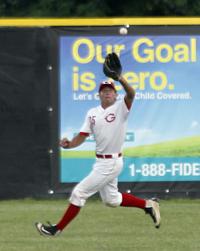 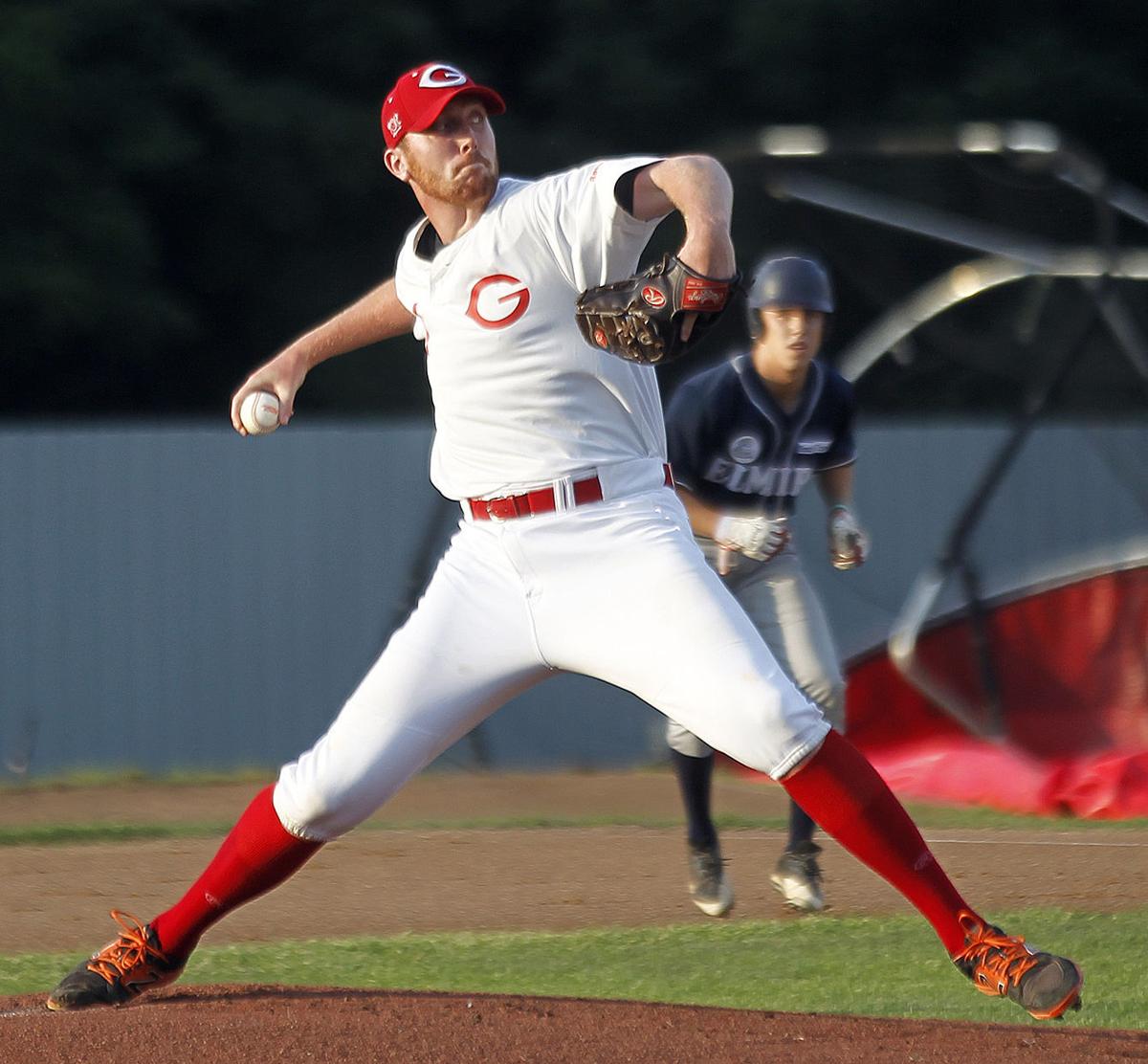 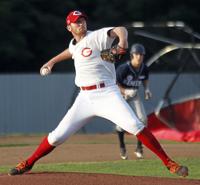 Geneva Red Wings second baseman Dominic Toso tags out Elmira’s Troy Dixon to end the top of the first. Dixon was caught in a rundown.

GENEVA — The Geneva Red Wings played from behind for most of Monday night’s regular-season finale, trailing the Elmira Pioneers by as many as five runs in the seventh inning.

The Red Wings could not summon similar magic 24 hours later.

Conor Grammes slugged a three-run third-inning homer, staking the Elmira Pioneers to their second five-run lead in as many nights. This time, the Pioneers did not relinquish their advantage en route to a 12-2 triumph at McDonough Park.

The Red Wings finished their second PGCBL season with a 29-22 overall record.

Elmira (28-23) will face either Onondaga or Jamestown in the best-of-three West Division championship series. Game 1 is tonight.

No offseason, no problems? So far in camp, Aaron Rodgers ‘just in total command out there’

Colton Evans (UC Davis) and Andrew Orzel (Wofford) sandwiched hits around a flyout. Troy Dixon (Samford) followed with a run-scoring single; Orzel moved to third and Dixon to second on one of three errors Geneva committed in the first four innings. Grammes, who is entering his sophomore season at Xavier, followed by blasting a three-run homer.

Geneva got on the board in the home third. Jake Evans (Alabama Southern CC) walked and Justin Etts (NJIT) singled to open the frame. One out later, Trustin Riley (Tampa) walked. With two outs, Mikey Arman (Kenyon) struck out, but a dropped third strike allowed Evans to scamper home and the bases to remain full. Will Simoneit (Cornell) fanned to end the inning.

Geneva loaded the bases in the seventh but managed only Simoneit’s RBI single with two outs.