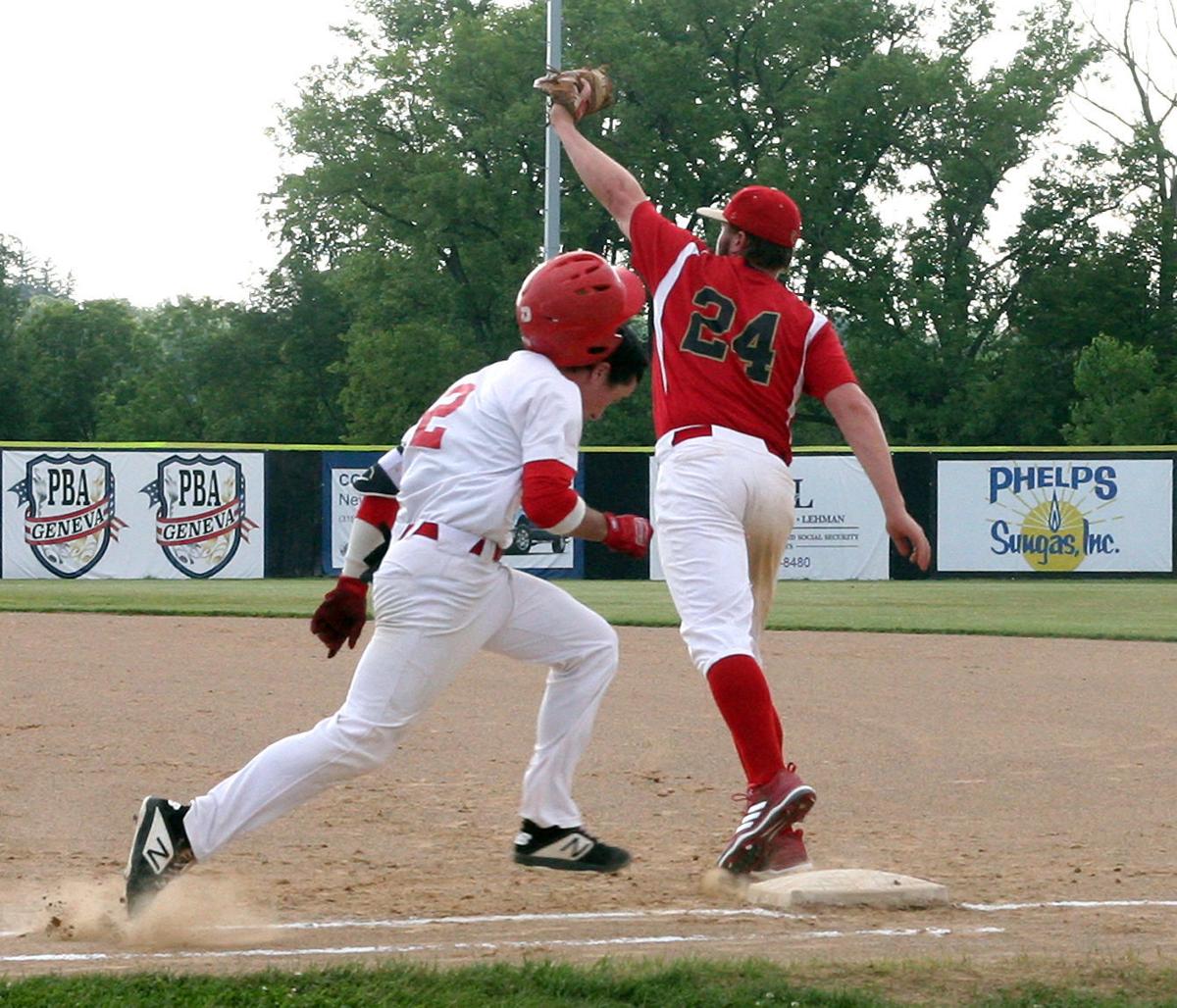 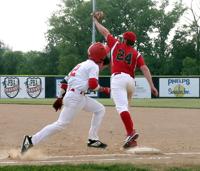 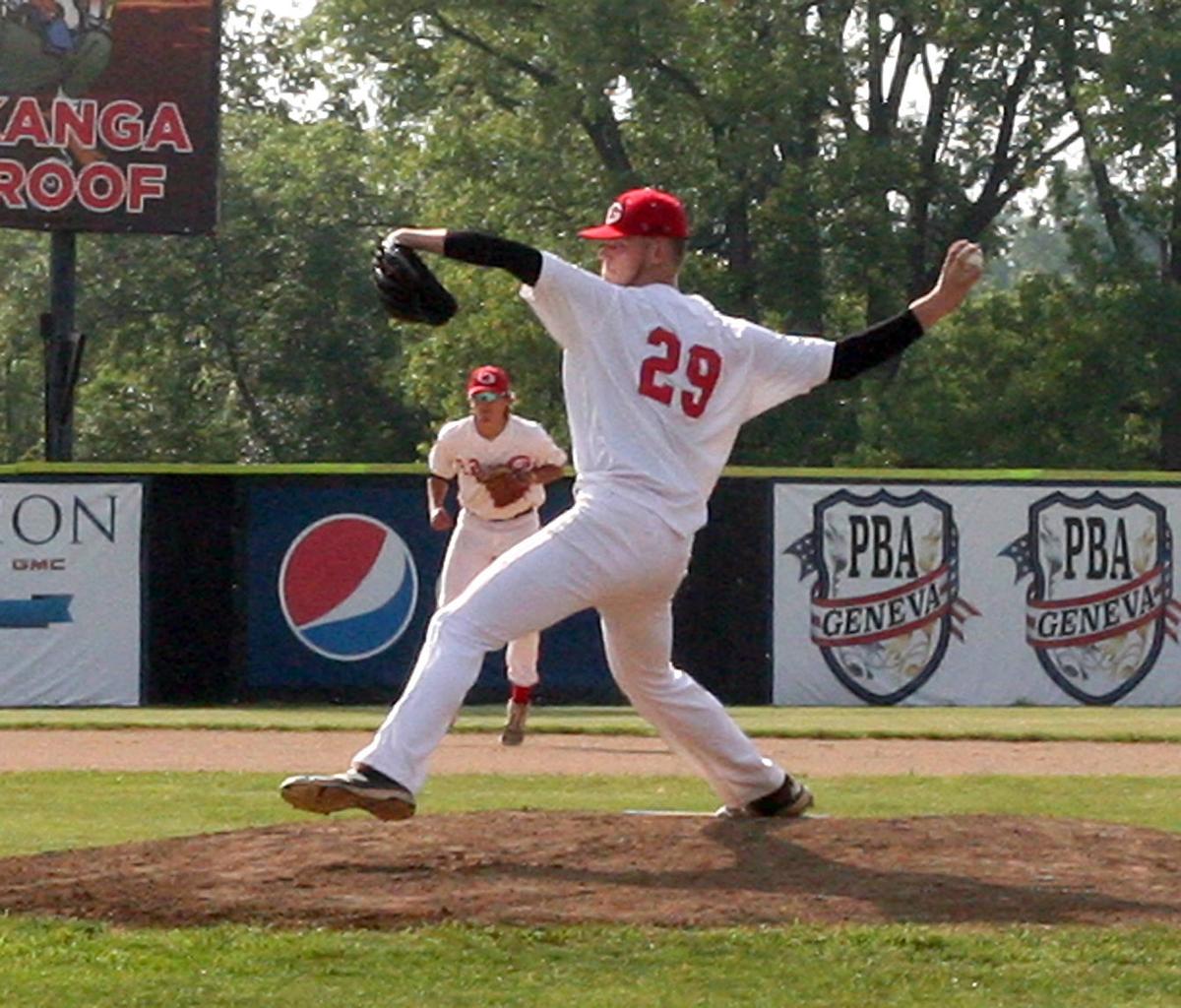 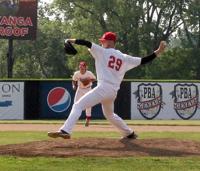 GENEVA — In the home stretch of every sports season playoff implications are on the line, and coaches will typically say, “we control our own destiny.” That was the case in the Red Wings double header action between Adirondack on Thursday night. If Geneva captured both games over the Trail Blazers they were a shoe in for the playoffs.

Unfortunately, the Red Wings lost game one of the double header by a score of 11-8.

Adirondack jumped out to an early 2-0 lead in the top of the first as Connor Hamilton hit a 2 RBI double that scored Andy Hauge and Rotondo. The home team responded in the bottom half of the inning as Harrison Treble chipped in with an RBI single that scored Brennan Chisholm.

The Trail Blazers would expand on their lead in the top of the second as Rotondo brought in Hague and Randy Flores with a 2 RBI single. Geneva (22-17) showed no surrender however. In the bottom slate of the inning, Thursal White cracked a beautifully hit RBI single that allowed Dylan Swarmer to touch home plate.

The visitors kept a steady pace at the plate in the top of the third. Vincent Cimi scored off a Jarret Hall sac-fly, followed by a Peter Cosentino unearned run — making the score 6-2.

Starting pitcher Kobie Punchard struggled on the mound in the loss as he surrendered two more runs in the top of the fourth thanks to a Connor Hamilton 2 RBI single. Punchard pitches four complete innings allowing 10 hits and eight runs. He would strike out only one of the 25 batters he faced.

For soon-to-be free agent and All-Pro center Corey Linsley, ‘all signs are pointing towards snapping the ball somewhere else next year’

The sixth inning proved to be the most exciting inning of them all. In the top half, Daniel Irisarri brought Rotondo home with an RBI double. In the bottom half the Red Wings put on a scoring rally to inch themselves closer into the game.

Chisholm would bring White in with an RBI single to start things off. Infielder Noah Fisher continued to put a show on at the plate as he brought Chisholm with an RBI double. Nick LaBrasca made in a three run affair as he chipped in with a 2 RBI single that scored Fisher and Alexander Gow.

Adirondack put the game away in the top of the seventh as Cosentino scored an unearned run. Hall would put the dagger in as he scored off a wild pitch. The Red Wings gave one final effort in the final inning of the game.

With the bases loaded, Gow was hit by a pitch allowing Matteo Avallone to trot to home plate. White would touch home plate yet again by way of a LaBrasca sac-fly.

Geneva will look to bounce back tonight as they host rival Newark. The first pitch is set for 7:05 p.m.

Due to a late start in the second game, the Times could not publish results.