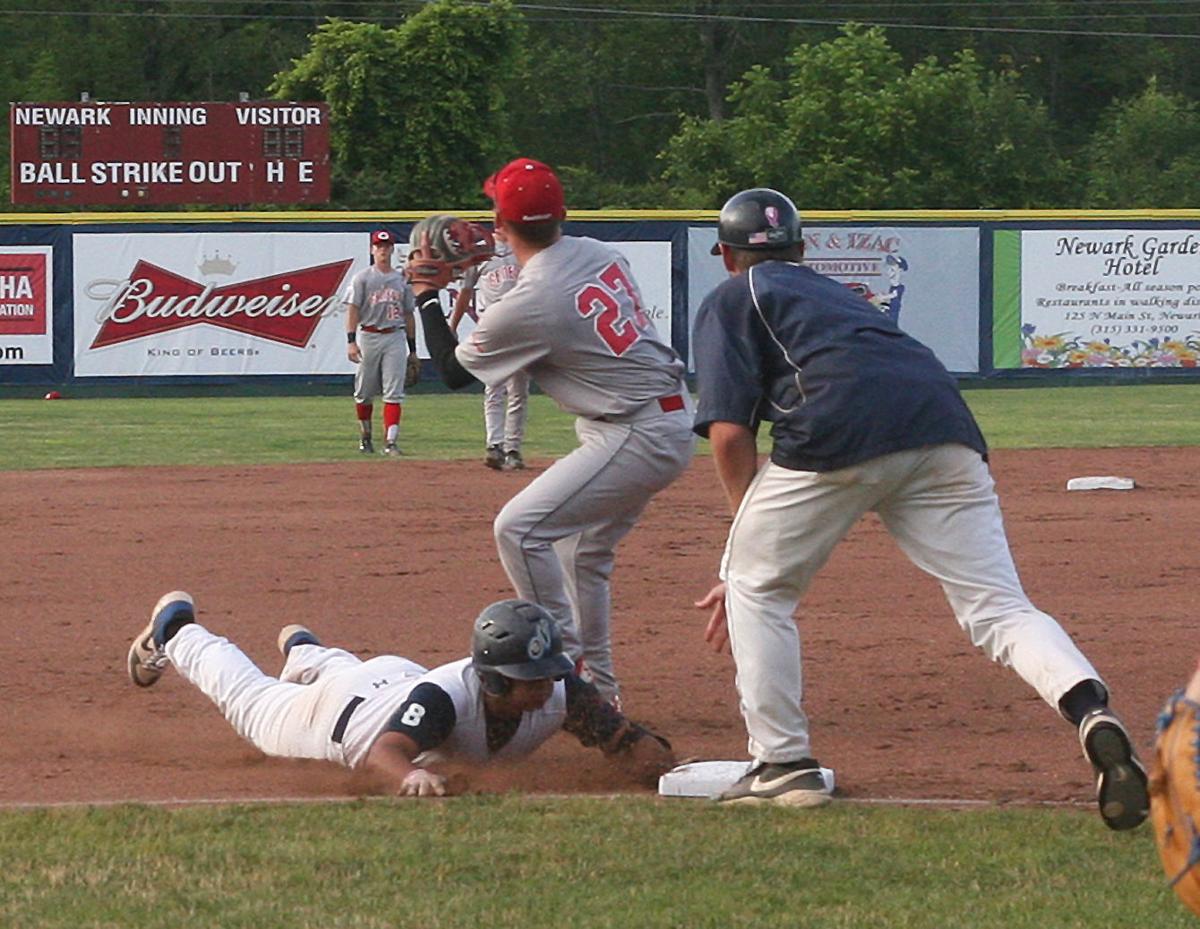 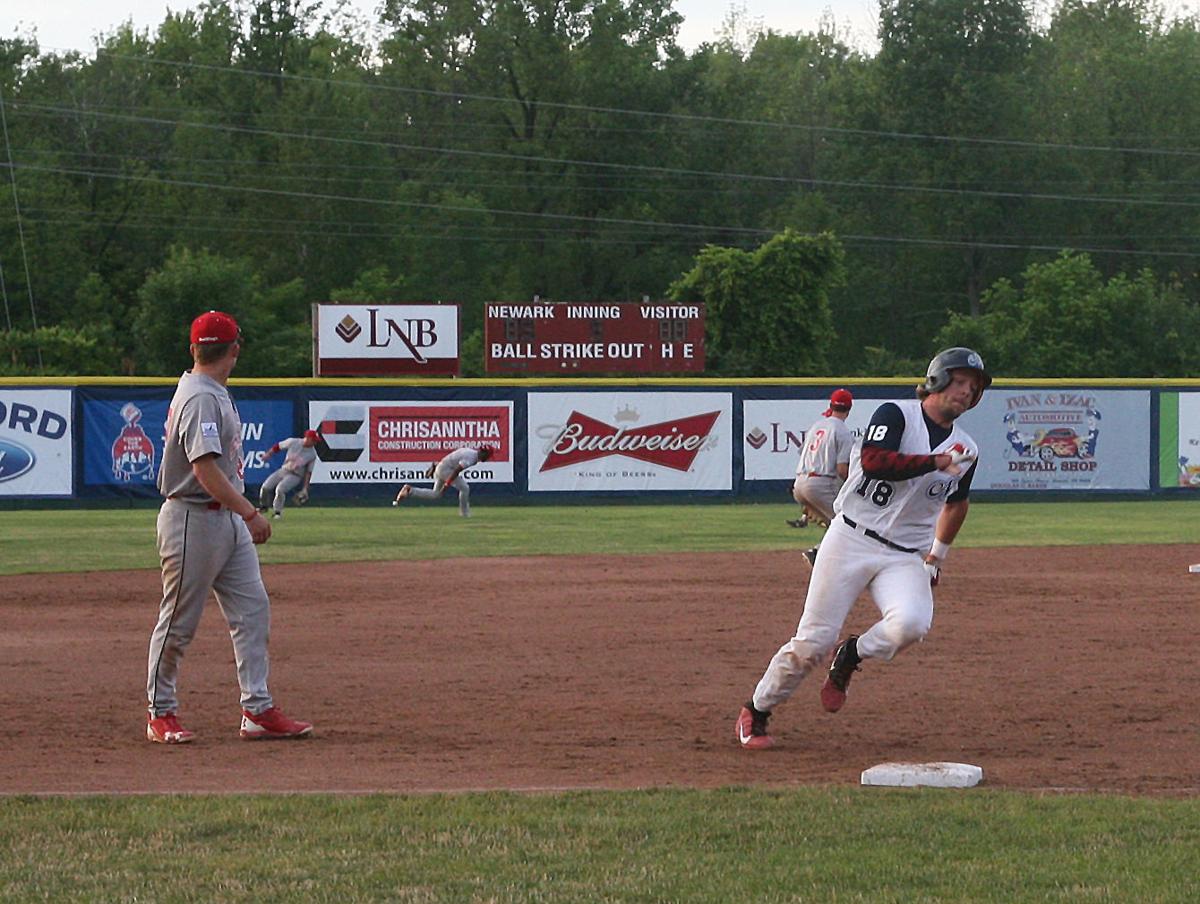 Lead off hitter Logan Stirr (18) prepares to round third and score the game leading run in the bottom of the fourth inning.

Lead off hitter Logan Stirr (18) prepares to round third and score the game leading run in the bottom of the fourth inning.

NEWARK — The weather in the Finger Lakes region has been steadily warming up as of late, and nothing says summer better than a warm night at the ball park.

Those were the conditions dealt in Newark’s 4-2 win over rival Geneva on Monday night at Colburn Park.

The Red Wings claimed an early 2-0 lead in the top of the first as Nick LaBrasca drove in a two-run single that allowed Myles Stearns and Noah Fisher to touch home plate.

The home team made it a one-run affair in the bottom half of the inning as third baseman David Bermudez cracked a stand up triple. He would score shortly after off of Over Torres putout to first.

Newark would tie the game up in the bottom of the third thanks to Bermudez’s bat again. After James Wrabel hit a double that nearly went over the center field wall, he was brought home on a Bermudez putout.

The Pilots gained their first lead of the contest in the bottom of the fourth inning as utility player Dylan Duplechain chopped down an RBI single that brought in lead off hitter Logan Stirr.

The home team kept momentum in their favor in the bottom of the fifth as outfielder Kameron Reynolds scored the game clinching run off another Torres putout.

Right-handed pitcher Zach Crane found himself struggling on the mound in the loss.

Five players from Newark and five players from Geneva will enjoy their brief All-Star break as they head east to Saugerties where they will play at Cantine Veterans Memorial Field. The first pitch is set for 7:05 p.m.

After the All-Star game both teams will pick up their action on the road this Thursday.