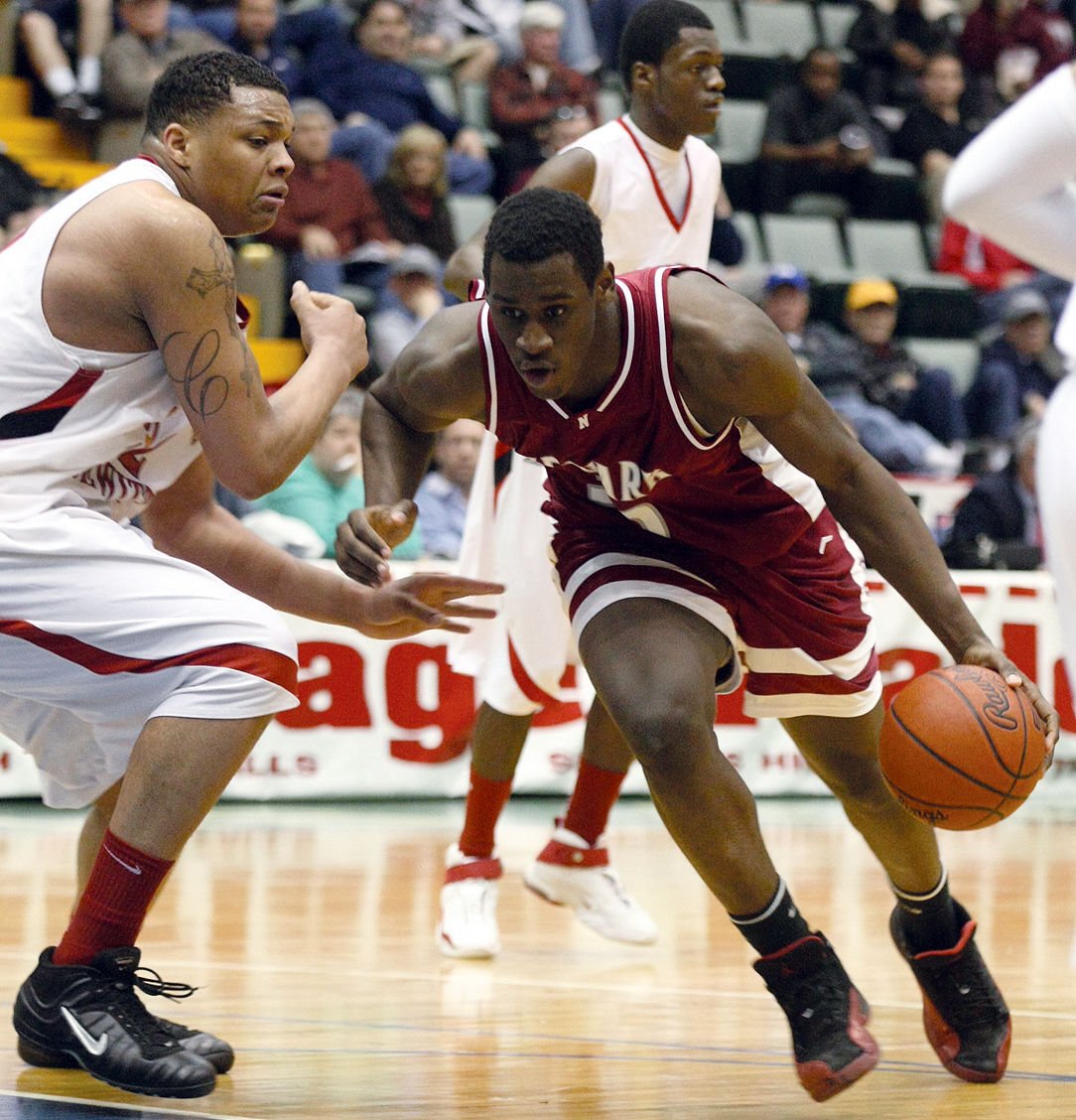 Javon McCrea during his time while playing basketball at Newark. 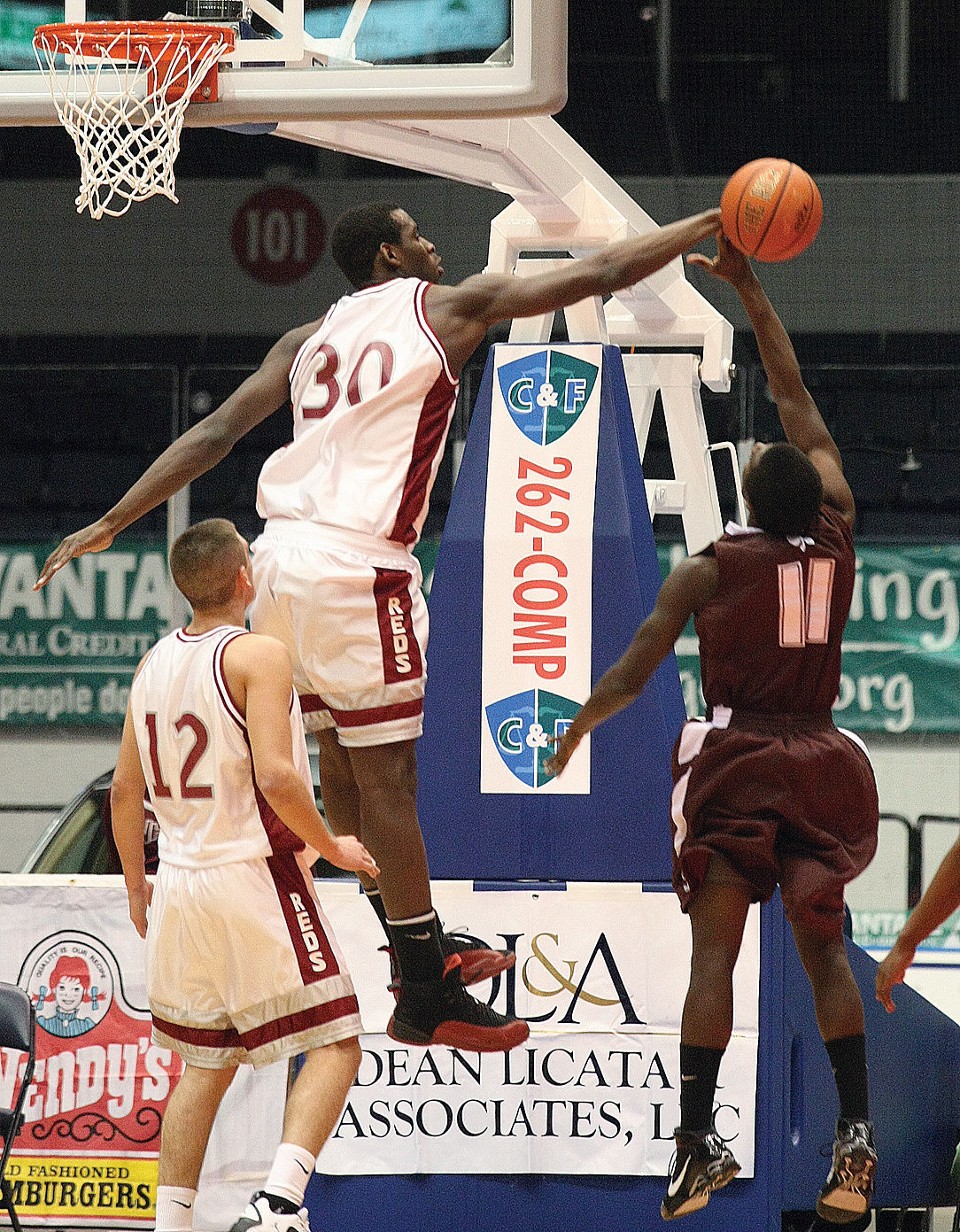 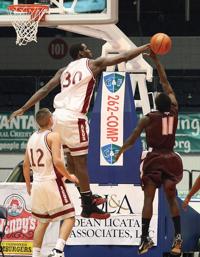 Javon McCrea finished his career at Newark High School as the program’s all-time leading scorer, rebounder and shot blocker. Here, he blocks a shot during a Section V tournament game at Blue Cross Arena during his senior season.

Javon McCrea during his time while playing basketball at Newark.

Javon McCrea finished his career at Newark High School as the program’s all-time leading scorer, rebounder and shot blocker. Here, he blocks a shot during a Section V tournament game at Blue Cross Arena during his senior season.

The Section V Basketball Hall of Fame has announced its Class of 2020, and there are a lot of former coaches and players familiar to local fans.

Alyssa Fenyn and Javon McCrea of Newark, Calvin Betts of Lyons, and Tom Schweitz of Waterloo are four of the players set for induction. Coaches Bil Saxby of Honeoye, Mike Ferrara of Mynderse, and Joe Sposato of Waterloo are included, also.

“I felt honored to be chosen and put in with some of the great coaches,” Sposato said in a phone call Thursday. “Bil Saxby was a well-respected coach in my time too. I have my share of wins, my teams have their share of sectional runs, but we never did win the sectionals. ... I felt I was still deserving of it.”

Sposato was served as athletic director at Waterloo from 1990-2010.

“Two things: the staff and the kids,” Sposato said about what he’ll remember most from coaching at Waterloo. “We were a staff that was close for the 20 years that I did it. I had great assistants in Ed Courtney, Jack O’Connor, Hank Pearson, Tim Patchen and Mark Pitifer. Others that worked in there during those 20 years, like Jim Spina. I had a great relationship with the staff.

“I’ve had several players go on to be coaches. One of the biggest one is, of course, Jeff Ike, the head coach at Jamesville-Dewitt. Zac Young was a local coach, and I’ve also had some go on and become baseball coaches. The fact that they wanted to continue to coach was good. I was proud of the players that I had. Many of them are friends now.”

Sposato, who has been Finger Lakes league basketball chairman since 1983, was the Section V president from 2006-08.

Here’s a look at the other area selections:

He finished his four-year varsity career at Newark as the venerable program’s all-time leading scorer (1,315 points) and rebounder (886 rebounds). McCrea holds the Section V record for most blocked shots in a game (17).

He went on to enjoy a stellar career at the University at Buffalo, and has played pro basketball overseas for several years.

Fenyn played five varsity seasons with Newark. When she graduated in 2009, she had scored the second-most points in Section V history with 2,499. She remains No. 2 on the section’s all-time list.

She spearheaded Newark’s run to a 2009 Class A state championship, ending that campaign with her third straight selection to the All-New York State First Team.

Betts averaged a double-double as an eighth-grader playing on the Lyons varsity. The Lions went 20-1 that season.

Betts played his four high school years at Rush-Henrietta, twice being named Monroe County Player of the Year. He finished his high school with over 1,400 points and 1,200 rebounds.

Schweitz finished his varsity career at Waterloo with 1,135 points. He scored 36 points against Geneva in a 1983 Section V tournament game, going 14-for-14 from the free throw line. He was a two-time All-Finger Lakes East and All-Greater Rochester all-star, and was named Waterloo Athlete of the Year as a senior.

Schweitz played college basketball at Clarkson, averaging 17.3 points and 7 rebounds a game as a senior.

Ferrara posted an overall record of 293-120 as Mynderse head coach from 1981-96. He doubled as the boys junior varsity coach during a handful of those same seasons.

He also served as the Finger Lakes West basketball chairperson.