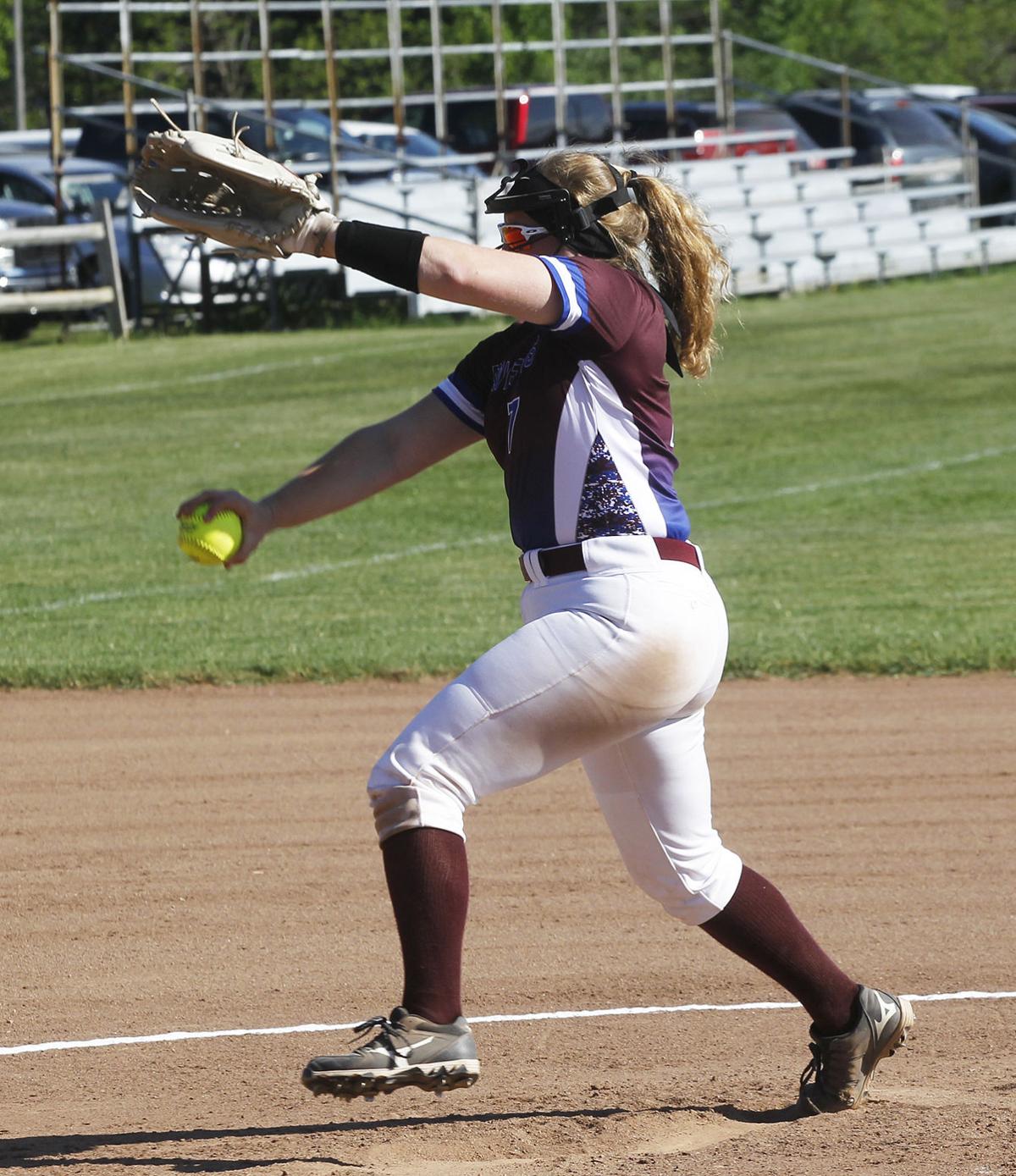 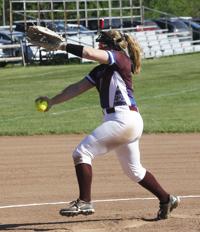 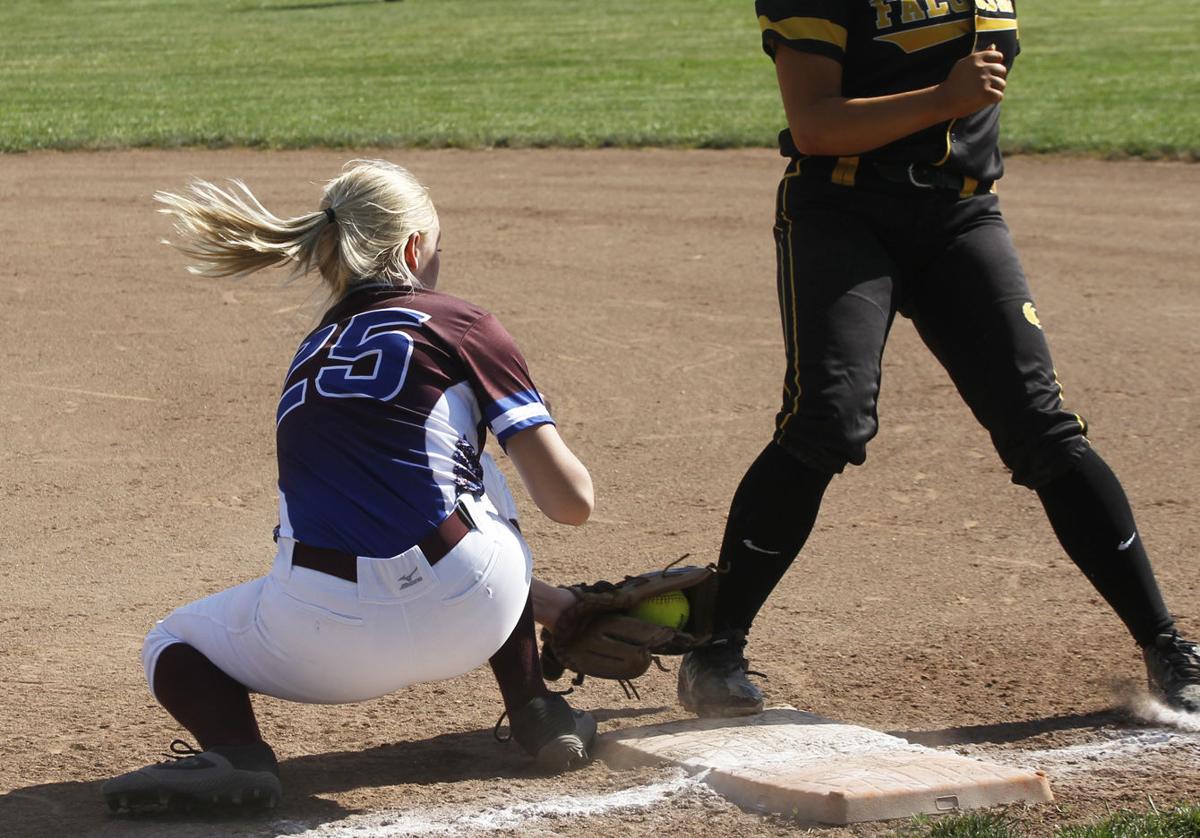 Dundee/Bradford freshman Addie Kendall (25) attempts to record an out at first base. 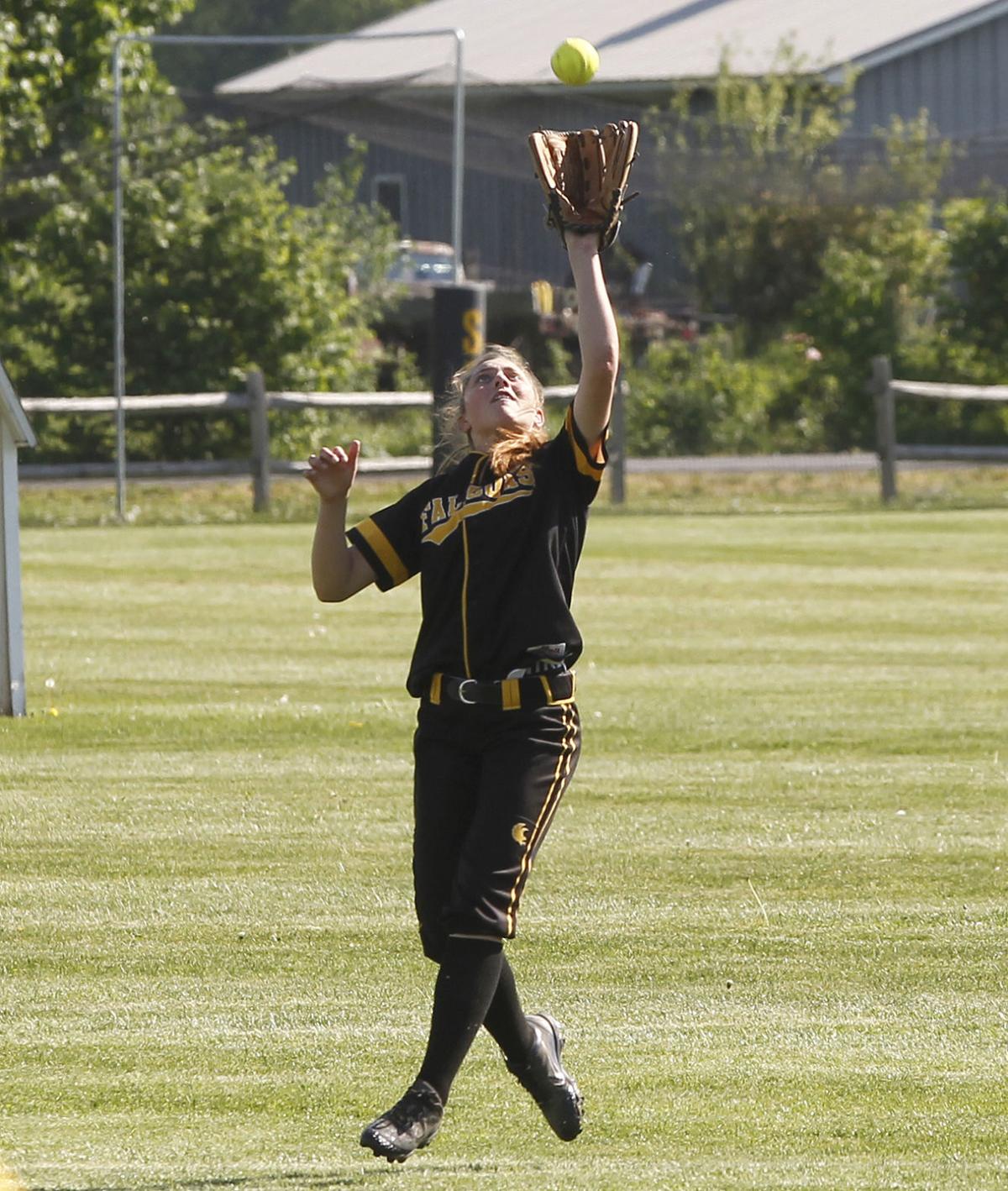 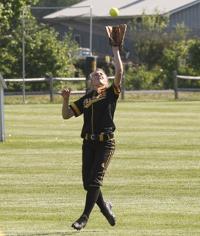 Dundee/Bradford freshman Addie Kendall (25) attempts to record an out at first base.

The Finger Lakes West softball league produced one of the tightest races this season with over half the league finishing at least four games over .500.

The combined team of the Dundee/Bradford BraveScots won the league championship with a 10-2 record (15-3 overall) and had eight players represented on the all-league selections.

Dundee/Bradford senior captain Cambri Harrian was named to the first team as she was leader on the mound for the BraveScots all season.

Harrian who started the final game of her high school career in that semifinal against Bolivar-Richburg on June 12 was able to have one final moment with a strikeout, fanning the only batter she faced in her return to the mound in the game to close out the top of the seventh inning.

Harrian’s freshman teammates Mikayla Schoffner and Addie Kendall were also named to first team as the two look to be the next leaders for the program with three more years left in their high school careers.

Another freshman was Madison Sutryk who was named to the second team.

Seniors Mackenzie Cratsley and Kirsta Sleve were also named to second team all-stars for the BraveScots.

Coach of the Year in the FL West was Bloomfield head coach Mark Jacobs after the Bombers finished in second place with an overall record of 13-7 and 9-3 in league play.

Bloomfield’s run came to an end in the Class C1 sectional final in a loss against Avon.

Eighth-grader Ashlyn Wright was named Pitcher of the Year for Bloomfield.

The Bombers carried seven middle school players on their roster with four of them being named to the all-league selections list.

Red Jacket senior Olivia Hotchkiss was named Player of the Year for the Finger Lakes West.

The South Seneca Falcons (6-8, 5-6) finished in fifth place in the league standings.

Senior Logan Shaulis was the lone Falcon to be named to the first team.

It was end of an era for the Fletcher triplets as they played their final high school sporting event against eventual champion Keshequa on June 9 in the Class D1 quarterfinals after defeating Genesee Valley at home in the first round of sectionals for one last moment to cherish in Ovid.

Another year is in the books for the Finger Lakes West as the seven teams prepare for their first complete season in 2022 for the first time in three years.