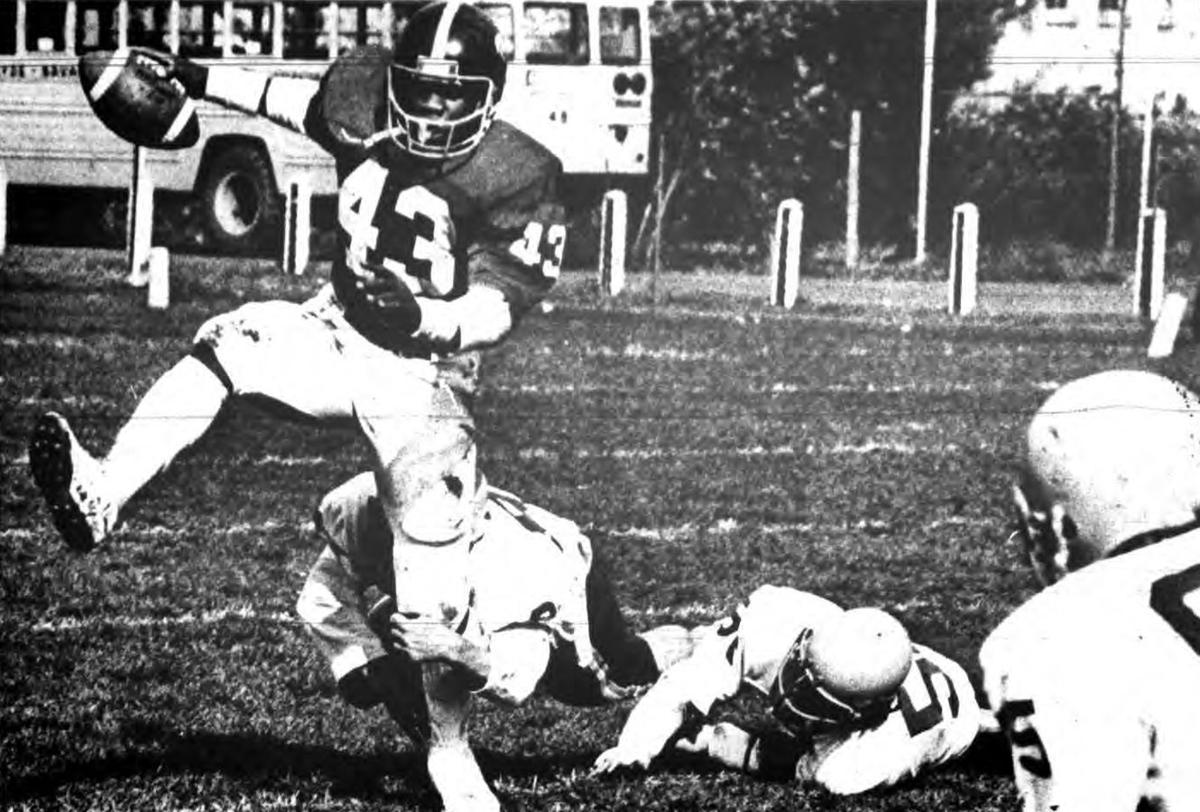 Tony Collins is shown breaking a tackle during a 1976 game. 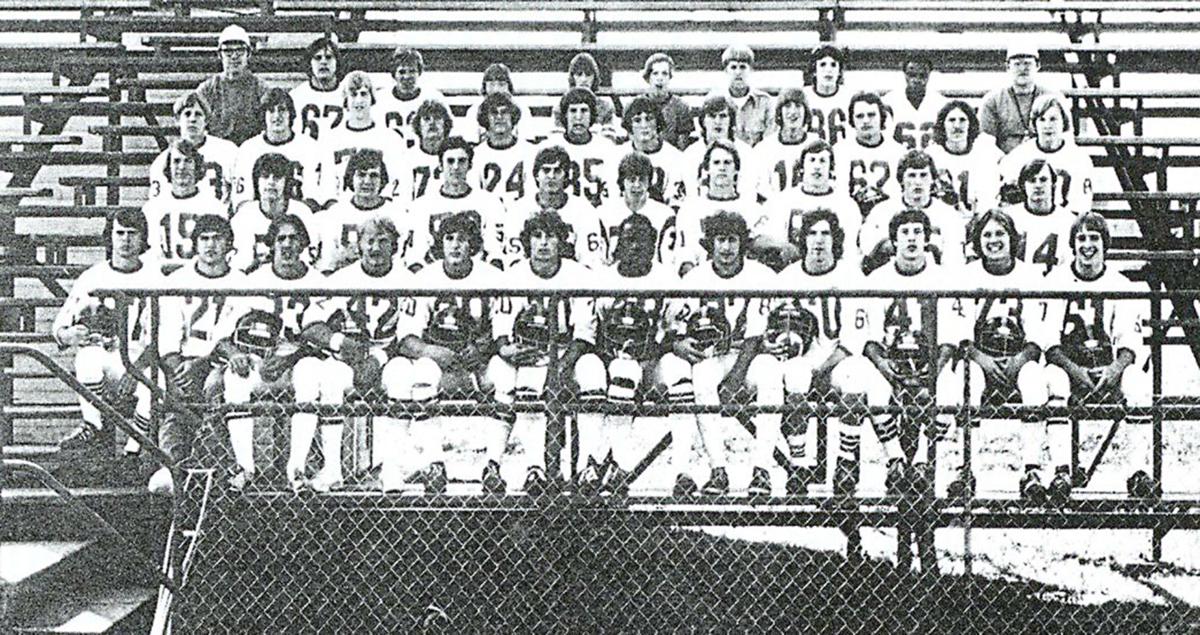 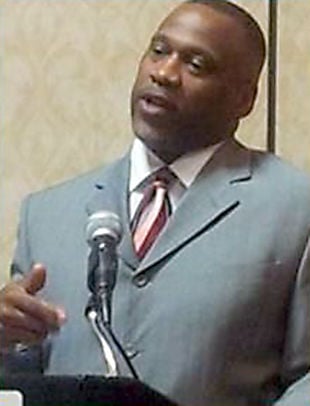 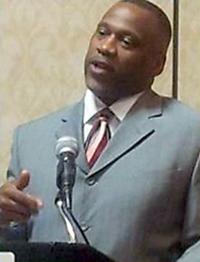 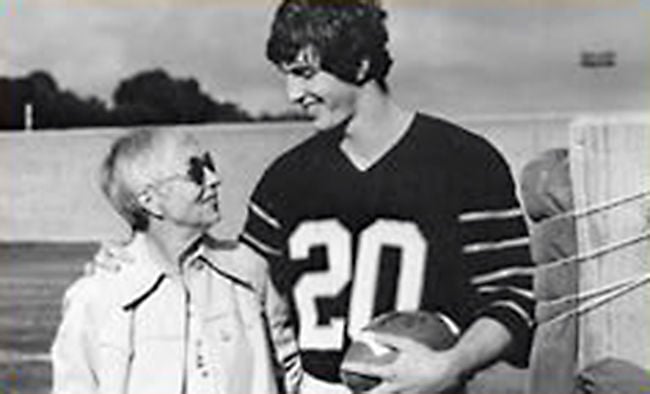 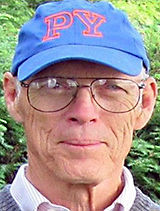 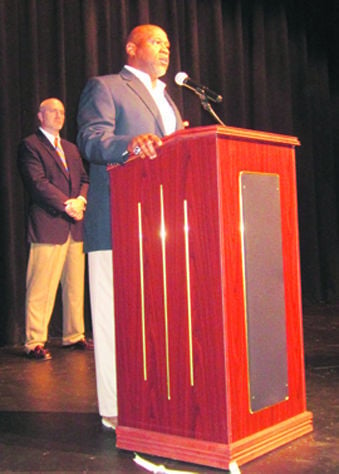 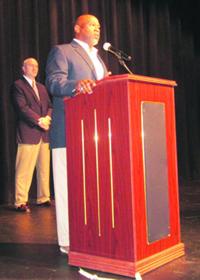 Tony Collins is shown breaking a tackle during a 1976 game.

Think of Penn Yan Academy athletics in the 21st century, and boys lacrosse comes to mind. The Mustangs have won a Section V championship in all but one year since the 20th century ended.

However, there was a time when Penn Yan was a hardcore football town — and there are few arguments that the king of all of those gridiron squads was the 1976 Mustangs. Not only did that group produce a 9-0 record en route to the No. 1 state ranking, two players on that squad were drafted by the National Football League’s New England Patriots.

Anthony “Tony” Collins and William “Cris” Crissy led the Mustangs to a place as close to the promised land as New York state high school football had to offer in 1976 when there was not a state tournament.

Collins is quick to caution that he and Crissy weren’t the only great players on that unit, and he stressed the importance of how good the coaching staff was.

“It was a special team,” Collins, now 61, said from his home in Greenville, N.C., during a recent phone call; he played college football there at East Carolina University. “We were like a family. We were all friends. It was real special.

“I’m still friends with all those guys today. We talk. We have reunions. It was special because we had some good coaches, and we were fortunate to have a good defense. We had a good offense as well. We put up some points and came out on top.”

For example, Collins noted that his best friend, Tom Watkins, was a significant part of the ’76 team’s stout defense.

That Mustangs squad was the third to go undefeated in school history, and first since 1948. The late Tom Noteware was the head coach.

“He was like a father figure to me,” Collins said about Noteware. “When he got the head-coaching job, he never got a chance to coach my older brothers, but he got an opportunity to coach me. He was a good coach, fair, and he just brought us together. I think another thing that he did was to have great coaches around him.”

A member of the Section V Hall of Fame, Noteware piled up 99 wins at Penn Yan before becoming head coach at Alfred State College.

Collins, who led the ’76 team in rushing and scoring, was honored with All-Finger Lakes, All-Greater Rochester and All-American status that season. He finished his high school career with 28 touchdowns.

Another offensive weapon that season, Tom Walker, accumulated 19 TDs during his time as a Mustang.

Crissy, whose all-around abilities at running back and wide receiver made Penn Yan’s offense nearly impossible to stop, ended his high school career with 29 scores. He earned All-Finger Lakes and All-Greater Rochester recognition and was named New York State Small School Player of the Year after his senior season.

“(Cris) was unbelievable,” Collins said. “We’re friends still today. I host golf tournaments every year back home, and he comes every chance he gets. I think he’s missed maybe like once in the 11 or 12 years we’ve been doing this. He’s just a special kind of guy.

While Collins termed every game as important during that 9-0 campaign, the most crucial encounter occurred Oct. 9, when the No. 1-ranked Mustangs hosted the No. 4 Herkimer Magicians.

As Collins recalls, there was plenty of controversy going into that matchup because Herkimer thought it should be ranked ahead of Penn Yan, believing its strength of schedule outweighed that of the Mustangs.

That debate ended rather quickly.

The Mustangs struck for two touchdowns in the opening 3 minutes of the game. Collins returned the opening kickoff 95 yards for a score, and Crissy and Walker each produced two touchdowns. Tom Galliher and Randy Richardson also scored as the Mustangs trounced Herkimer, 46-0.

While the first state tournament was more than a quarter of a century from happening, that victory cemented the Mustangs’ claim as the best small-school team in the state in 1976.

The team finished with 3,100-plus yards of offense, and the defense pitched multiple shutouts. Watkins, Walker, Rich Enos, Shawn Brennan, Dave Quinn and many others spearheaded the impressive work on the defensive side of the ball.

“We were a pretty special team,” Collins said. “We kind of knew that we weren’t going to lose a game. We knew who we were, but, at the same time, we never slacked off.

“We tried to kill everybody we played,” Collins added with a laugh. “It was a fun time. One of the special times was the last game of season, knowing we were going to go undefeated. That last game, you know you’re not going to play on that field anymore. It was pretty special knowing that we were going to be small-school state champs.”

Collins was drafted in the second round of the 1981 NFL draft, with the 47th pick overall pick. He was named NFL Rookie of the Year in 1981, participated in a Pro Bowl in 1983, and played on the Patriots’ Super Bowl XX runner-up that same year.

A member of the Section V Football Hall of Fame, he played a total of 10 years in the NFL and 13 seasons of professional football. He finished his NFL career with 1,191 carries for 4,647 yards and 32 touchdowns, along with 261 receptions for 2,356 yards and 12 TDs.

Collins, who conquered a substance-abuse problem that began when he became addicted to painkillers early in his pro career, returned to East Carolina to finish his degree about nine years ago. While decided to relocate there permanently, he remains active in the Penn Yan community through his golf tournament and other fundraising events and programs.

“Great community,” Collins said about Penn Yan. “I love my hometown. I love giving back to my hometown. I didn’t know how beautiful Penn Yan was until I left.

Crissy, also a Section V Football Hall of Famer, went on to play at Princeton University, where he earned All-Ivy League honors. The Patriots drafted him in the 12th round in 1981, with the 323rd pick overall. New England released Crissy in the preseason, and Washington signed him later that year.

He was on the roster of the 1982 Super Bowl-champion Washington squad but did not play in the big game because he was on injured reserve all season.

He went on to become a successful lawyer.

The 1976 squad is a member of the Penn Yan Academy Athletics Hall of Fame, and Noteware, Collins and Crissy have been enshrined individually.