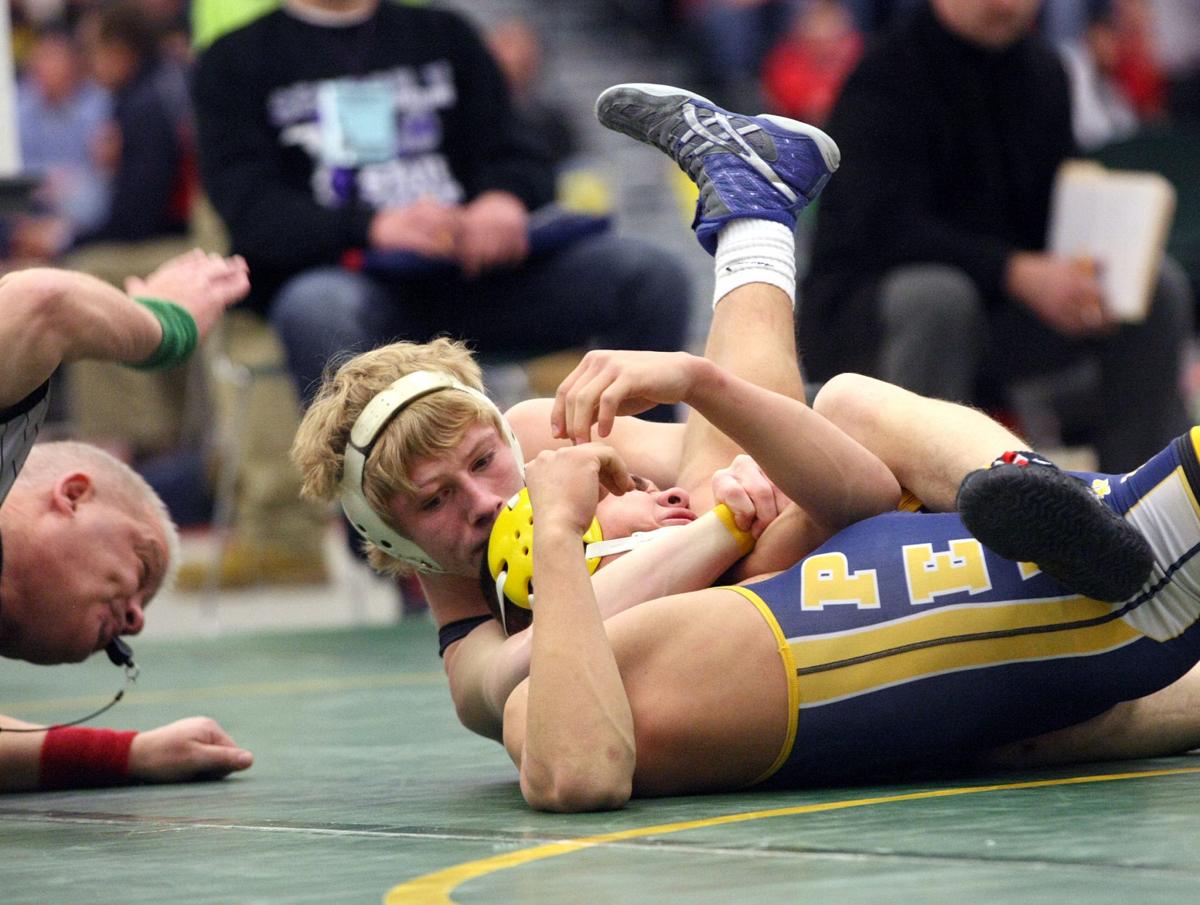 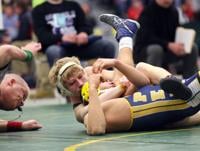 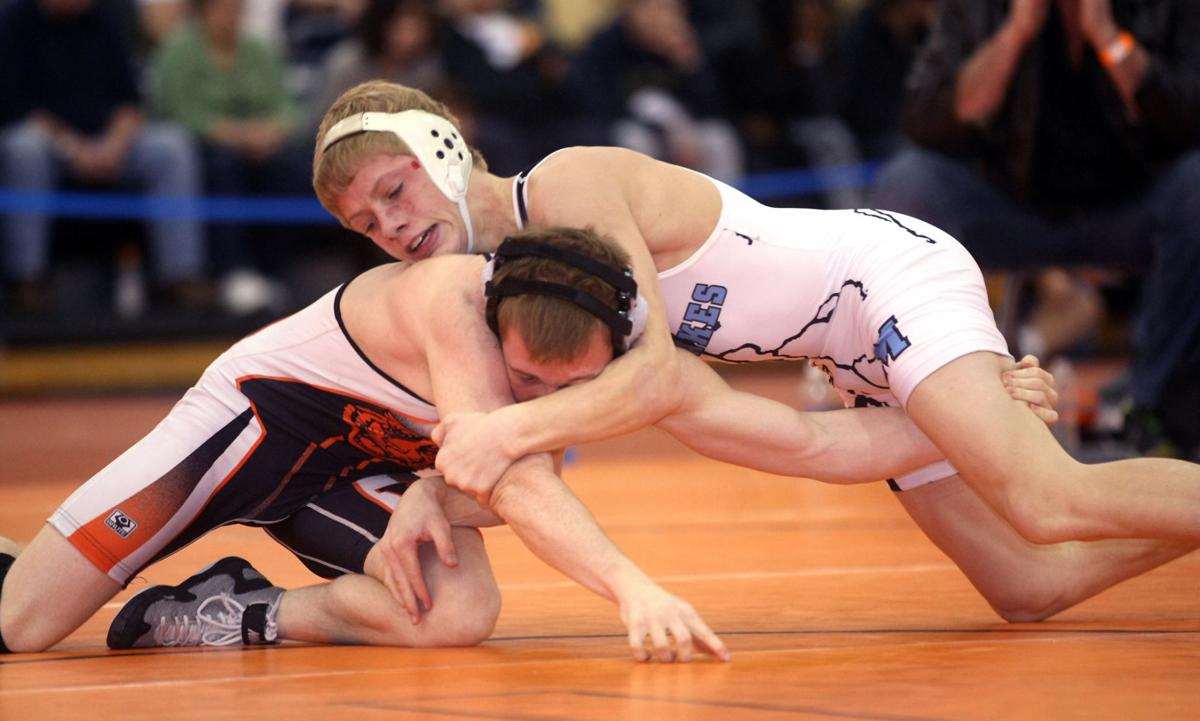 Nearly 300 times during his six-year high school wrestling career, Sean Peacock stepped onto the mat intent on dismantling his opponent. On more than 150 occasions, he walked off after pinning that foe.

With that sort of pedigree, it was no surprise the Midlakes High School star embraced success at New York state’s highest level.

Peacock won the Division 2 state championship in the 113-pound bracket as a sophomore in 2012. He lost in the state finals his junior and senior years.

“We had a pretty good team back then, and we were very, very close,” Peacock, a 2014 Midlakes graduate, said earlier this week. “I still talk to many of those guys today.

“Practices were really awesome. The competition is even better. I had fun competing, but being around those guys for months on end for every single day was probably the best of my time wrestling at Midlakes.”

Peacock, 24, who also ran cross country and played lacrosse at Midlakes, wrestled in college at the University at Buffalo and The College at Brockport.

Steve Howcroft has been the Midlakes varsity wrestling head coach for 12 years after spending one year as predecessor Chris VanGorden’s assistant. Howcroft, a Phelps resident, has taught at Midlakes for all 13 of those years.

The 41-year-old coached was in charge for all six of Peacock’s varsity years.

“It’s a rarity to have someone like (Sean Peacock) come through (the program),” Howcroft said. “He was dedicated to the sport. He’s an all-around good kid. Academically, he’s a high-honor-roll kid, honors society. He pushed himself to excel in anything that he did. He was self-motivated.”

Peacock jumped two weight classes for his sophomore year after wrestling at 96 pounds during the 2010-11 campaign. That season he recorded the first of his four place finishes at the state tournament, taking third.

A year later, he booked a date against Edgemont’s John Aslanian in the 113-pound state final. Peacock scored a 5-0 victory.

“He was fearless,” Howcroft said about Peacock’s sophomore year. “He didn’t care who he wrestled. He was ready to take on any challenges that was put in front of him.”

“It’s strange I don’t remember too much from winning it,” Peacock recalled. “That tournament was a blur to me how everything played together. Two weeks prior I had lost a very controversial match in the state qualifier and I was all tore up about that. I thought I had to prove myself, and I wanted to make a statement. The only way I could make a statement was to get to the finals and hopefully see that wrestler again.

“He didn’t even make it to the finals that year,” Peacock continued. “I was just wrestling at one match at a time. I was just trying to win through it, and next thing I knew I won the whole thing.”

His final two varsity seasons were just as successful. The only difference was that he fell one match short of adding a second state crown.

Aslanian exacted revenge with a 4-2 victory in the 2013 final at 120 pounds; however, his efforts helped Midlakes earn the Division 2 team championship that season. Peacock bumped up two more weight classes in his senior campaign, and again made it to the championship round before falling 6-3 to Lansing’s William Koll in the 132-pound finale.

Dalton, Cowboys hope to turn corner ahead of Thanksgiving showdown

“My junior and senior years in the state finals where a little bit tougher to handle,” Peacock said. “I thought about them a little bit more. I (entered) my junior year with the mindset that I had to defend it. It was a little bit tougher. I wrestled well, just a couple of stall calls threw me off. It was a good match, I fought really hard and I gave it everything that I had. I don’t regret that one.

“Then, my senior year was a little bit harder to swallow,” Peacock said. “I really didn’t open up until the third period when I actually started to score my points. I only lost by a couple of points. I wrestle a full match then maybe it’s a different story.”

Athletics success is in the Peacock genes.

Sean’s father, David, was an assistant coach under Howcroft and a key figure in building the community’s youth wrestling program. He played football and lacrosse, and wrestled, at Penn Yan Academy.

His sister, Samantha, played lacrosse at Keuka as well.

Howcroft remains appreciative of what Sean meant to the Midlakes program.

“He just helped reassure that I was doing the right things to help get my athletes where they wanted to be to achieve their goals as the head coach,” Howcroft said.

“He is the man,” Peacock said of his former coach. “I talk to him all the time to this day. We hang out a lot. We do golf tournaments over the summer together. He’s very intense, charismatic, dedicated to the team and to the sport. He absolutely loves it. He had your best interest in the mind the whole time, no matter what. We have a lot of good times.”

Peacock finished his senior year at Midlakes with a 48-2 record, highlighted by 38 pins. He left Midlakes with a school-record 256 victories in 286 matches, including 152 pins. He won four Section V class championships.

After spending two years at UB, Peacock concluded his college wrestling career as an All-American at Brockport, where he posted a 55-11 record. He placed sixth at 149 pounds at the NCAA Division III Championships March 10, 2018 in Cleveland. He won the NCAA Midwest Regional to earn a trip to nationals.

Peacock, an assistant wrestling coach at Rush-Henrietta High School, is working on his master’s degree at Brockport, where he now lives.

Individual achievements aside, Peacock remembers being most focused on helping Midlakes grow as a wrestling program. His favorite memory is evidence of that.

“When we won our first dual-meet title, it was a (three-way) between us, who was the No. 3 team in the state, Fredonia, who was the returning champs and ranked No. 2, and Phoenix, who was ranked No. 1. We were the middle ground, and we hosted on a Saturday,” Peacock recalled. “The whole weekend was a just absolute great time. I had a couple of my teammates spend the night at our house because it was such an important thing, and we wanted to make sure that we were all making weight.