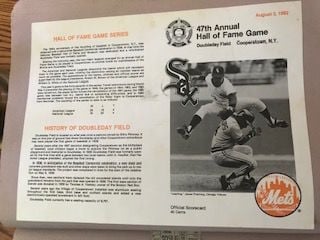 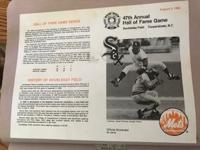 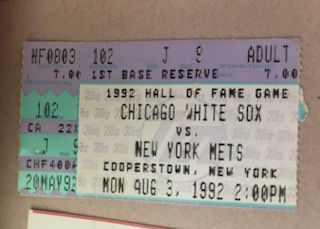 As a die-hard baseball fan, I am glad to see the season begin, as short as it is. It brings back some great memories.

I was fortunate to have a friend who worked at Ticketmaster who was able to get me tickets every year to the annual Hall of Fame game in Cooperstown, held one particular year on my son’s birthday, Aug. 3, 1992.

But the most enjoyable part of the game didn’t happen on the field.

I mentioned to the people sitting next to me that it was also Mets catcher Macky Sasser’s birthday. The crowd began singing “Happy Birthday, Mackey,” and he graciously came out and orchestrated the crowd.

When he was removed from the game in the eighth inning, the crowd began to chant, “We want Mackey.” Out he came to a standing ovation. He bowed and went to coach first base. The crowd loved it.

The Mets players came out and gave fans bats and balls. I still have my autographed Mackey Sasser baseball. Too bad the players had the game abolished; it was always a great time.

It will still be a memory that my sons and I will always have.

2 outdoor cats free to a good home. Mother and