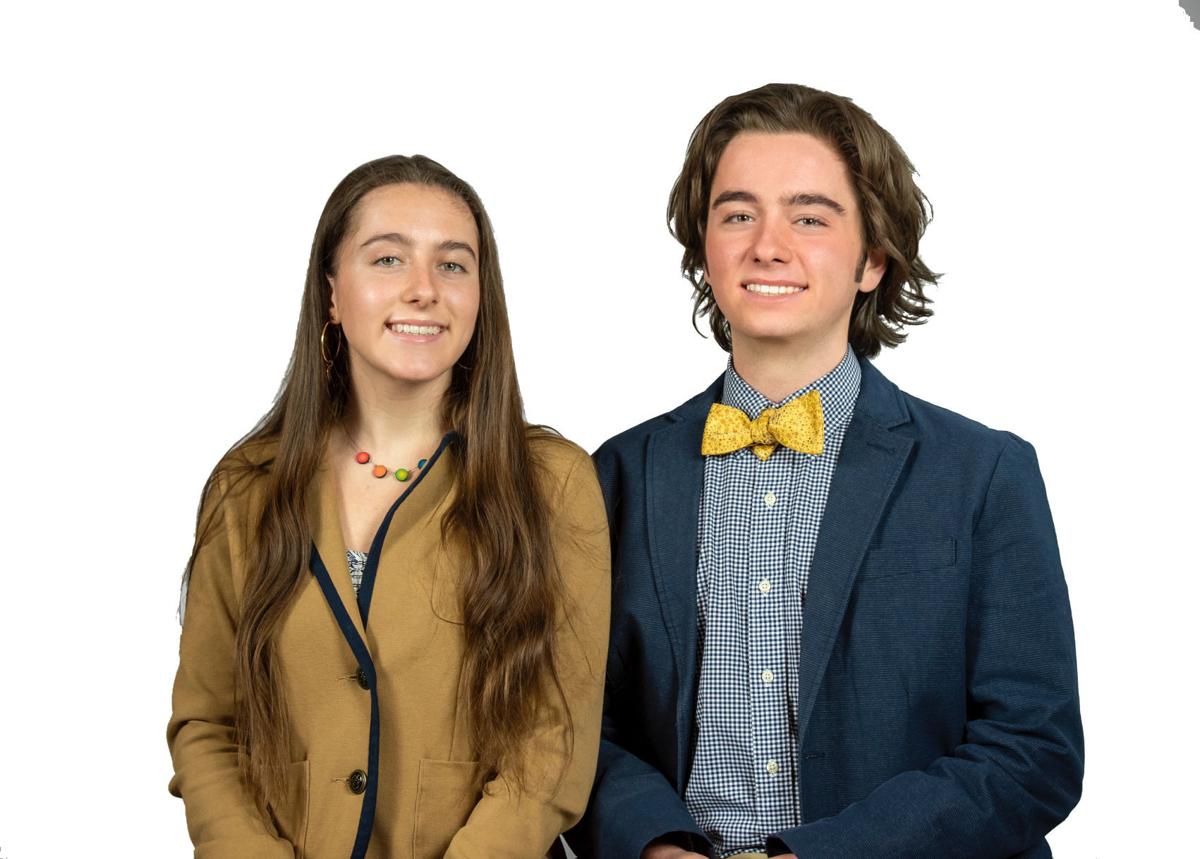 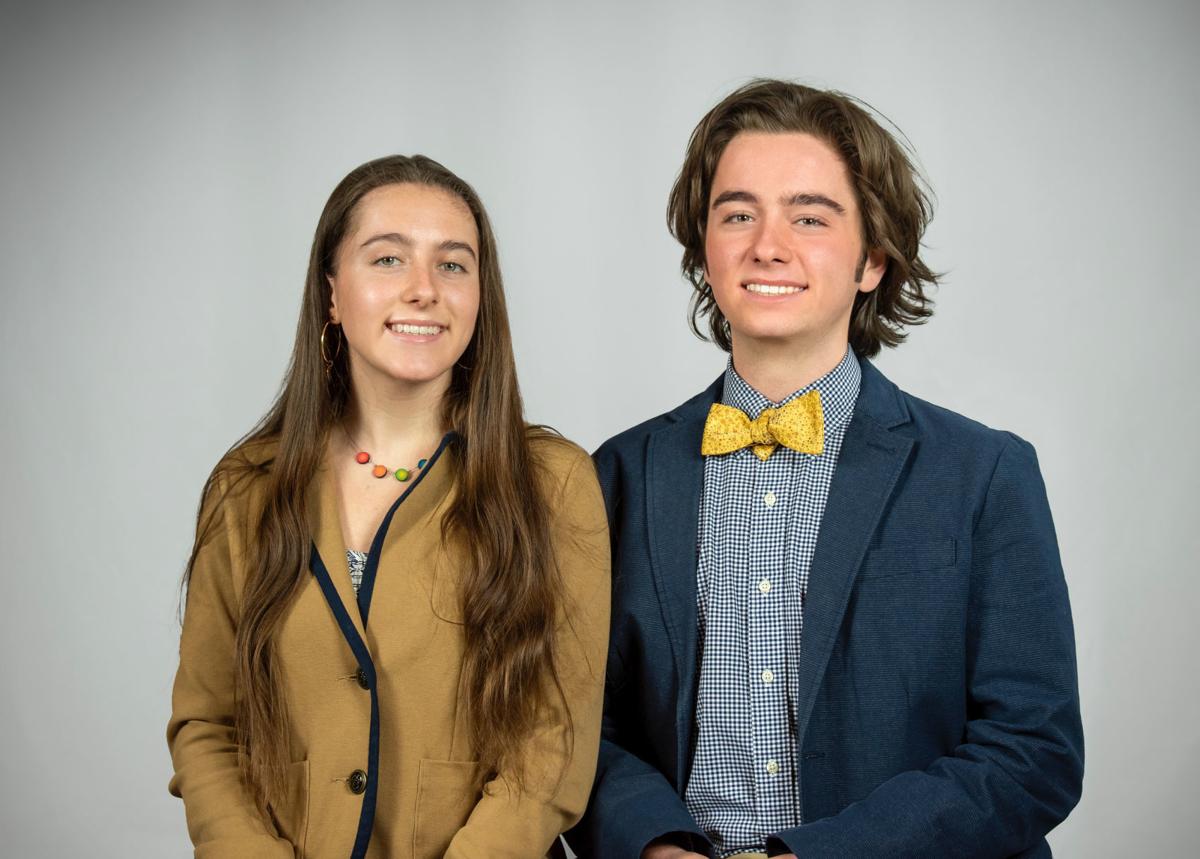 Margaux and Michael Eller each received the Section V Athletic Scholarship Award. Margaux won hers in the Fall of 2019 while Michael won the Winter award. 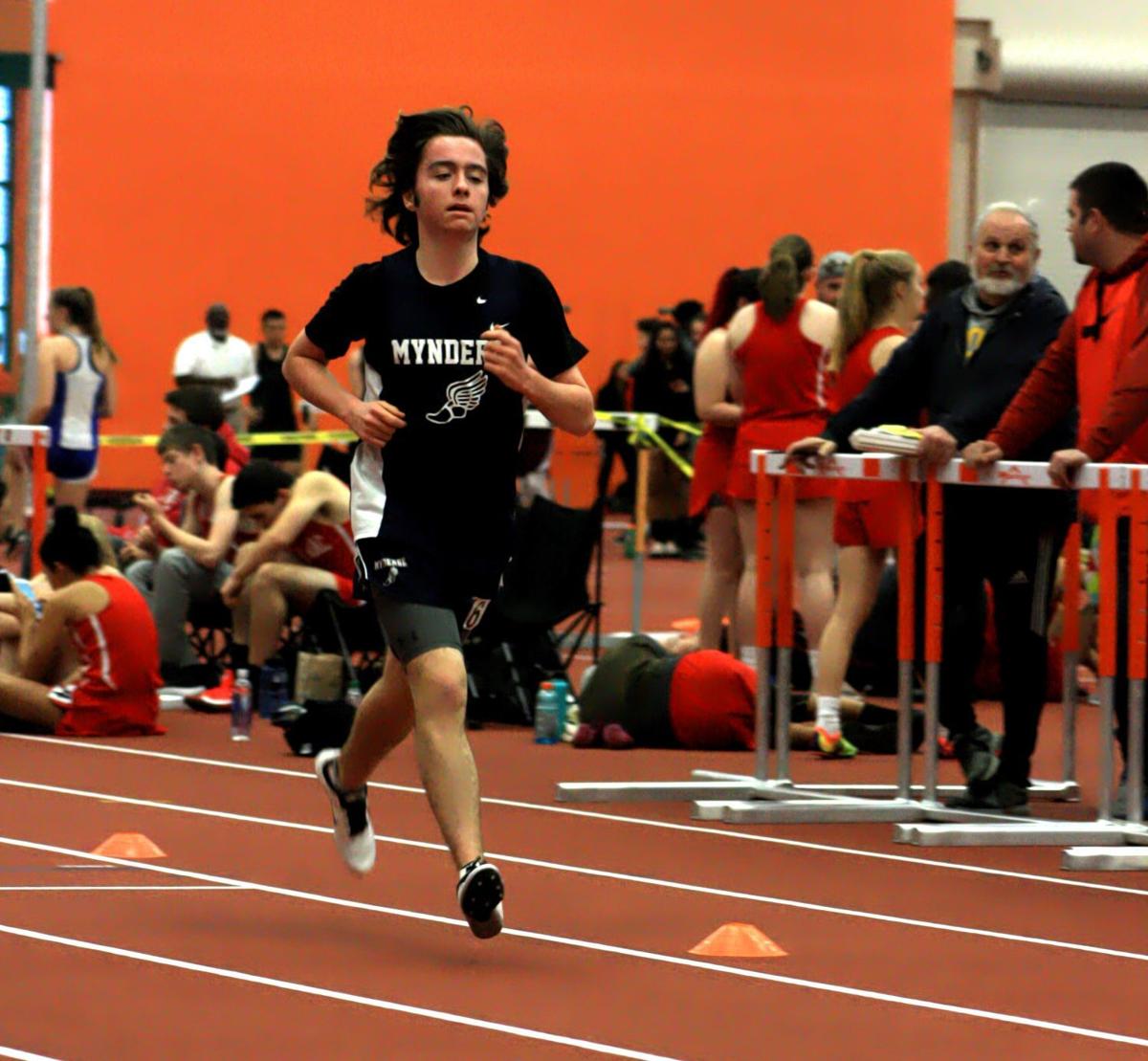 Margaux and Michael Eller each received the Section V Athletic Scholarship Award. Margaux won hers in the Fall of 2019 while Michael won the Winter award.

SENECA FALLS — The Section V Scholarship Award is as exclusive as it gets. It promotes excellence in interscholastic athletics along with scholarship.

Athletes from each season — fall, winter and spring — are chosen based on a letter of recommendation from their coach, their high school transcript and activities sheet, and their responses to the application questions. Typically more than 100 applications are filled out for each season’s scholarships, making it intensely competitive.

Mynderse Academy senior Michael Eller, who competes on the Blue Devils’ indoor track and field team, was the recipient of the 2019-20 winter sports scholarship for his sport.

“I was very excited when our athletic director (Tony Ferrara) called,” Michael said in a video interview. “(I felt) excitement and happiness that I received a scholarship to help pay for my undergraduate expenses. I was also happy that I was able to represent my school district as well.”

Given Michael’s excellence in the classroom and commitment to his athletic craft, it should not come as a surprise that he received such an award. A three-sport athlete, he also serves as class president and is vice-president of Student Council. He also is the salutatorian for the Class of 2020.

Michael joins his twin sister, Margaux, as a scholarship recipient. She won the same award for the fall season. She also happens to be the valedictorian of MA’s Class of 2020.

“It was cool because I won earlier in the fall,” Margaux said of her brother’s award. “So, it was kind of like full circle that Michael won it.”

Margaux and Michael are the children of Elbert Eller and Michelle LeBrun. They have no other siblings and are competitive with each other, though they admit being twins takes it to a new level — although not in a harmful way. They thrive off each other’s accomplishments and feel endless pride for the other’s successes.

“Of course, there’s bound to be some sort of competition between the two of us. We are twins,” Michael said. “We do a lot of the same extracurriculars and academics … but competition-wise, it’s more about peer motivation. It’s not like we’re cutthroat with one another; it’s kind of just, ‘OK, let’s try and work each other harder, to become our best selves.’”

Added Margaux: “We have always taken the majority of same courses together, but we just motivate each other ... we used to study together when we were younger — not so much anymore — but there is always someone there if you need help on homework or studying. It’s definitely just pushing ourselves to work hard do well in school. Same with sports.”

While the two excel in their sports, the level of excellence each holds the other to not only creates an exponential rise in standards but also escalates the pride they feel in one another.

It is not all harmony and peace between the two, however. The heartwarming juvenile pettiness that most siblings harbor still exists, especially when asked the inevitable question of who’s older.

“I am! By 2 minutes,” Margaux exclaimed quickly with a smile. Then, when asked if she holds that over Michael, the two answered at the same time.

“She does a lot,” Michael added with a laugh.

The 2-minute age difference aside, they still have to navigate the uncharted waters of potentially moving on to college without a proper send-off from high school — although neither has much to worry about in terms of undergraduate options. Bolstering their résumés: Both are involved in the New Visions Medical Careers Program through BOCES.

Their future plans include a four-year university on a pre-med track, but with slightly varying majors. Neither has committed to an undergraduate program as yet, although they are narrowing down their list of potential schools. Michael is considering Middlebury College, Syracuse University and Boston College, with a dual major in biology and economics the goal. Margaux wants to major in biology and global health. Middlebury and SU are on her list, too, along with the University of Pittsburgh.

Social distancing and staying home has been difficult for most Americans, especially for two so closely connected siblings.

“It’s definitely been hard,” Margaux explained. “Obviously, every kid misses going to school and seeing their friends, so it’s been a challenge, but we’re finding ways to communicate with our friends via social media and Zoom.”

Each year Section V awards $250 scholarships to seniors pursuing higher education after graduation. There is one recipient for each sport in the fall, winter and spring seasons. Application forms are available at sectionv.org. Below is a list of 2019-20 recipients from the Finger Lakes and Wayne County athletic associations: