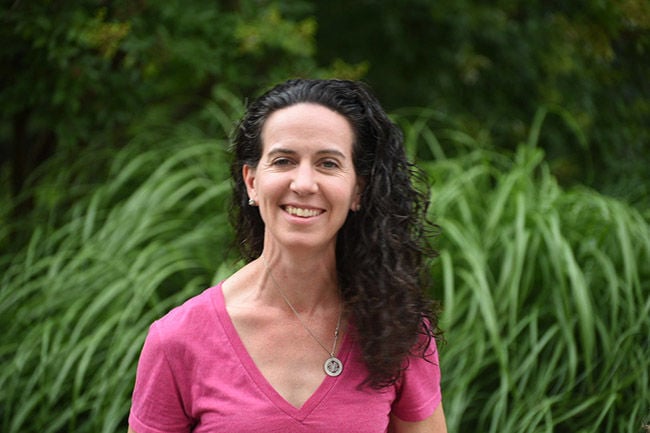 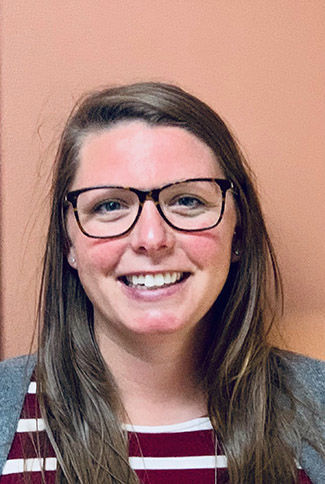 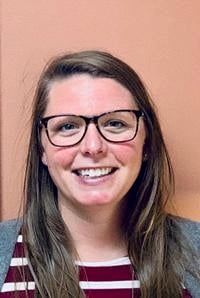 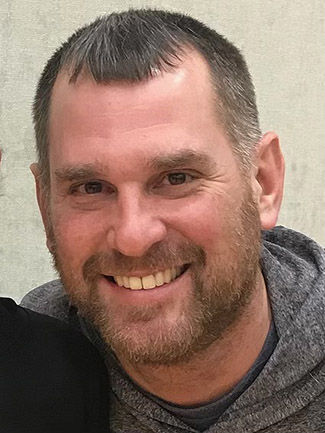 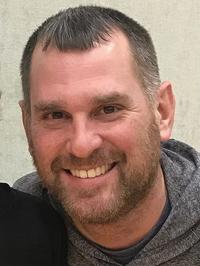 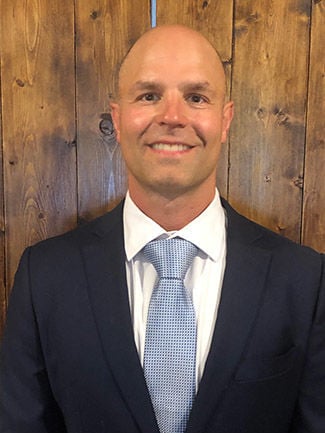 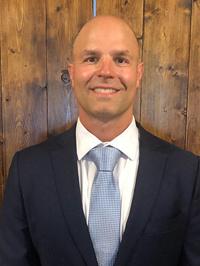 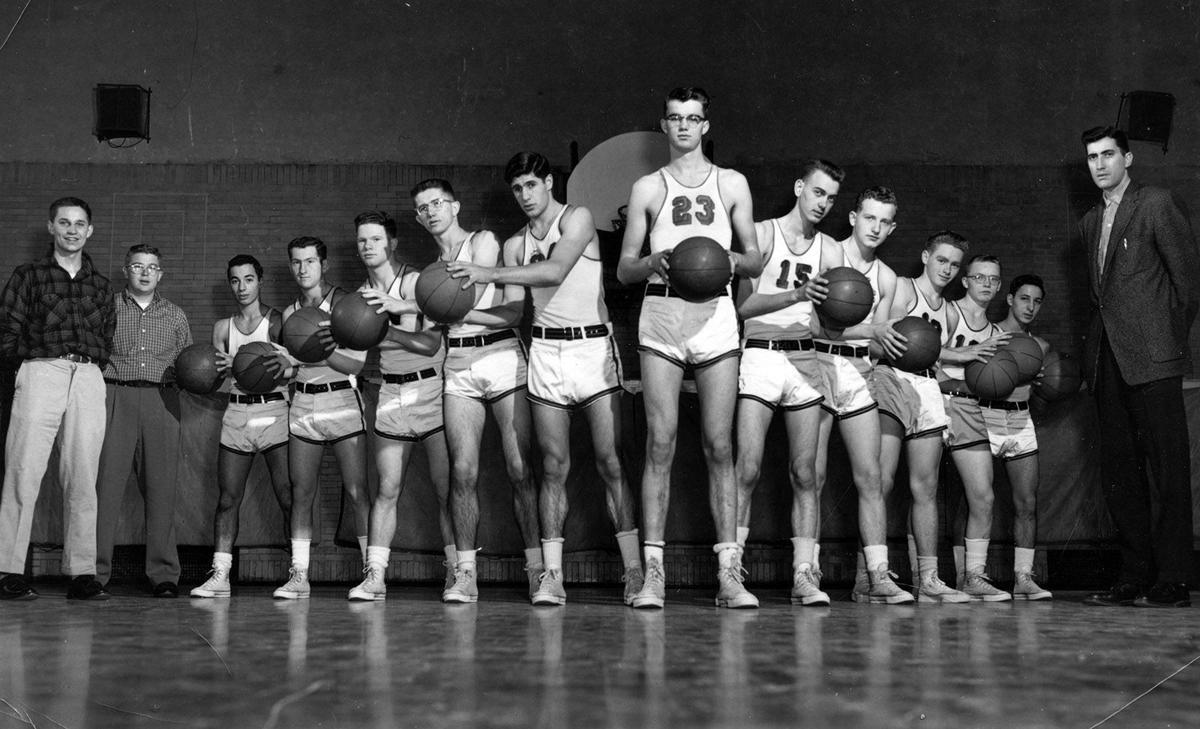 WATERLOO — The Waterloo Hall of Fame has been waiting, patiently, to induct distinguished former athletes since 2020. The Class of 2020 — now the Class of 2021 — will finally be enshrined Labor Day Weekend.

Saturday, Sept. 4’s ceremony begins with a cocktail hour at 5 p.m. followed by dinner and inductions at 6 p.m., all taking place at the Quality Inn on Route 414 in Waterloo. All family and friends are welcome, as the Quality Inn has a hosting capacity over 300 persons.

Tickets cost $40 and can be purchased from Tim Lincoln at tim.lincoln@waterloocsd.org or from Joe Sposato at joe.sposato@wflboces.org. Tickets can also be purchased in person at Waterloo Village Office on West Main St. in Waterloo during regular business hours throughout the month of August.

Meghan earned 11 varsity letters as a three -sport athlete. She was a four-year member on the track & field team and named MVP as a freshman and co-MVP as a sophomore and as a junior.

While in the program, she was honored as Outstanding Rookie of the Year as a freshman and MVP as a junior and as a senior. Meghan was recognized as a Second Team All League player in her senior year. In addition to running track and playing soccer, Meghan participated for four years in the girls’ basketball program as a starting point guard.

As a senior Meghan was president of the Waterloo Varsity Club and received a scholar athlete award.

Meghan returned to Villanova in 2006 and served as an assistance coach for the women’s cross country and track and field teams until 2013. She helped guide the Wildcats to Big East cross country championship titles in 2008, 2009, 2010 and 2011. In 2010 the Wildcat outdoor track team captured the Big East championship title. Meghan was also part of the coaching staffs that won two National Coaching Staff of the Year awards and twelve Big East Coaching Staff of the Year awards. Currently, Meghan is the manager of the office of VP and Director of Athletics at Villanova University.

She and her husband, Rich, two daughters and son reside in Phoenixville, Pennsylvania.

As a three-sport athlete, Kate earned 12 varsity letters. She was a four-year starter on the varsity softball team.

As a freshman Kate was named to the All League Second Team. She went on to earn First Team All League honors in her sophomore, junior and senior years.

As a sophomore, Kate was named the Indians’ best defensive player and as a junior earned the Jason House Triple Crown Award. In her junior and senior years, Kate was the starting catcher on the Section V Class B championship teams and was named to the Section V All Tournament team in 2004.

Kate was also a four year, varsity letter athlete on the soccer team and as a senior earned First Team All League status and received numerous team awards. In addition to playing softball and soccer, Kate was a four year, varsity letter athlete on the basketball team. As a freshman, she was the recipient of the Jim White Memorial Award recognizing the outstanding freshman basketball player and also garnered Section V All League Second Team honors. Kate was selected by WHS’s coaches as the 2004 Female Athlete of the Year for her leadership and athletic excellence and was the recipient of a four year Tom Coughlin Scholarship.

Collegiately, Kate was a four year, varsity softball and varsity basketball player at Cazenovia College. She was captain of the softball team in her junior and senior years and was named to the First Team All Conference squad as a freshman and as a junior. Kate’s impressive statistics include a career batting average of .350 and a career slugging percentage of .505. Additionally at the plate, her first home run was a grand slam and in 311 career at bats only striking out seventeen times. As a basketball player for the Wildcats, Kate was team captain in her senior year and also a member of the Third Team All Conference squad.

Currently, Kate is a senior financial aid advisor for SUNY Environmental and Forestry. She, her husband, Stephen, and son reside in Syracuse, New York.

Wrong page? Same page? Packers defense must study up on communication after breakdowns against Saints

Adam was a versatile offensive and defensive player on the varsity football team as a sophomore, junior and senior.

In his senior year he was captain of the team and received the Thunderbolt Award as best offensive player. Adam was named to the All League First Team on both offense and defense in his junior and senior years. He was selected to play in the Eddie Meath All Star football game as a senior and received Honorable Mention honors on the All Greater Rochester team.

Also, Adam was a two year starter on the varsity basketball team. He earned the Best Defensive Player award and received Honorable Mention recognition on the All League Team in his senior year.

In addition to playing football and basketball, Adam was a three year starter on the varsity baseball team. His batting average was over .300 as a sophomore and as a senior and .400 as a junior. Adam was named to the All League Second team in his sophomore year and All League First Team in his senior year. He also played in the Finger Lakes All Star game as a senior. Adam was the recipient of the WHS’s Terry Manfredi Scholarship for Athletic Excellence and Leadership in his senior year.

Collegiately, Adam started two years on Cayuga Community College’s football team as a defensive and special teams player. He led the team in interceptions, pass break-ups and fumble recoveries as a freshman. As a sophomore, Adam was captain of the team and received All League Honorable Mention recognition. He was named an Academic All American and CCC’s Terry Manfredi Award winner. Adam received a partial scholarship to continue his football career at Division II Southern Connecticut University. He was a starter and led the team in tackles until a season ending injury.

Currently, Adam works for the Department of Veteran Affairs in Buffalo. He, his wife Nina, two daughters and son reside in Lancaster, New York.

The Finger Lakes Times selected Jim to be a member of its All Fab 5 Basketball Team in his junior and senior years, and he was named Finger Lakes League Player of the Year in 1995. Jim was chosen for the All Greater Rochester Second Team and played in the Ronald McDonald senior game.

In addition, Jim played three years of varsity baseball and as a sophomore was a member of the 1993 Section V Championship team. In his senior year, he earned the Jason House Triple Crown Award and received All League First Team honors. Jim was selected by WHS’s coaches as the 1995 Male Athlete of the Year for his leadership and athletic excellence.

Currently, Jim works for NYSEG as a lineman. He, his wife, Ahran, two daughters and son reside in Waterloo, New York.

With a record of 17-1, this Indian squad captured the Wayne-Finger Lakes League Championship.

The team then advanced to sectional play and was the first in WHS’s history to win a Section V Class A title. The team’s season record of 20-1 still stands in school history as the basketball team with the highest winning percentage.

Coached by Ed Boudreau and assisted by Bill Carey, the Indians defeated every league member team twice with the exception of Penn Yan which handed the team its only loss of the season by 1 point. After defeating Trumansburg and Brockport, the Tribe played Clyde-Savannah in the title game at the University of Rochester. Led by James “Sonny” DiCicco’s 16 points, Joe Manganero’s 13 points and point guard Jim Wright’s 12 points, the Indians defeated the Golden Eagles 57-50.

Throughout the sectional tournament, the Indians had strong bench support from Charles Baldwin, Pete French and Willard ”Butch” Milliman. Juniors James “Sonny” DiCicco and Joe Manganero were named to the All League 1st Team, and Tom Lynch and Jerry Olp received All League Honorable Mention.