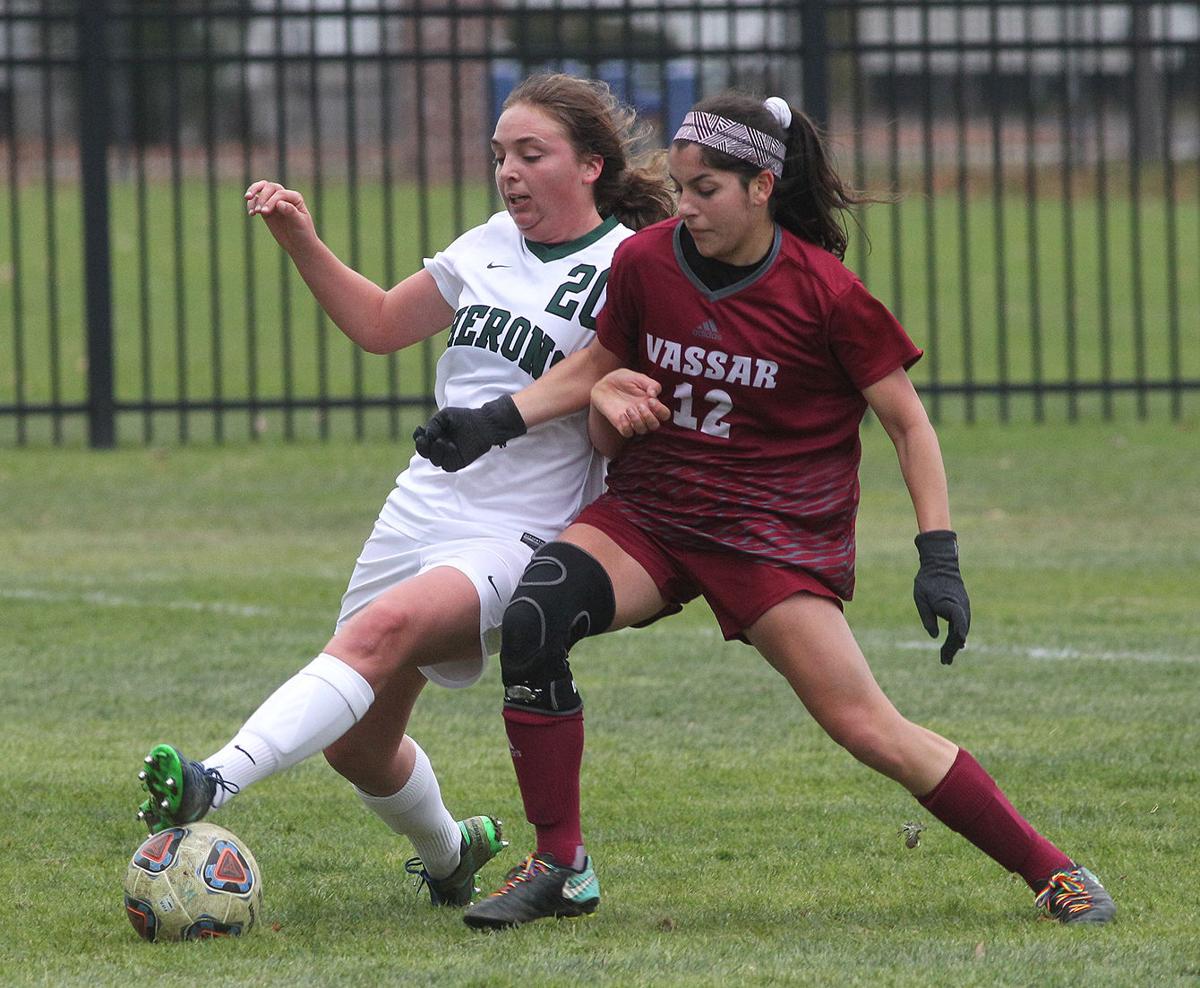 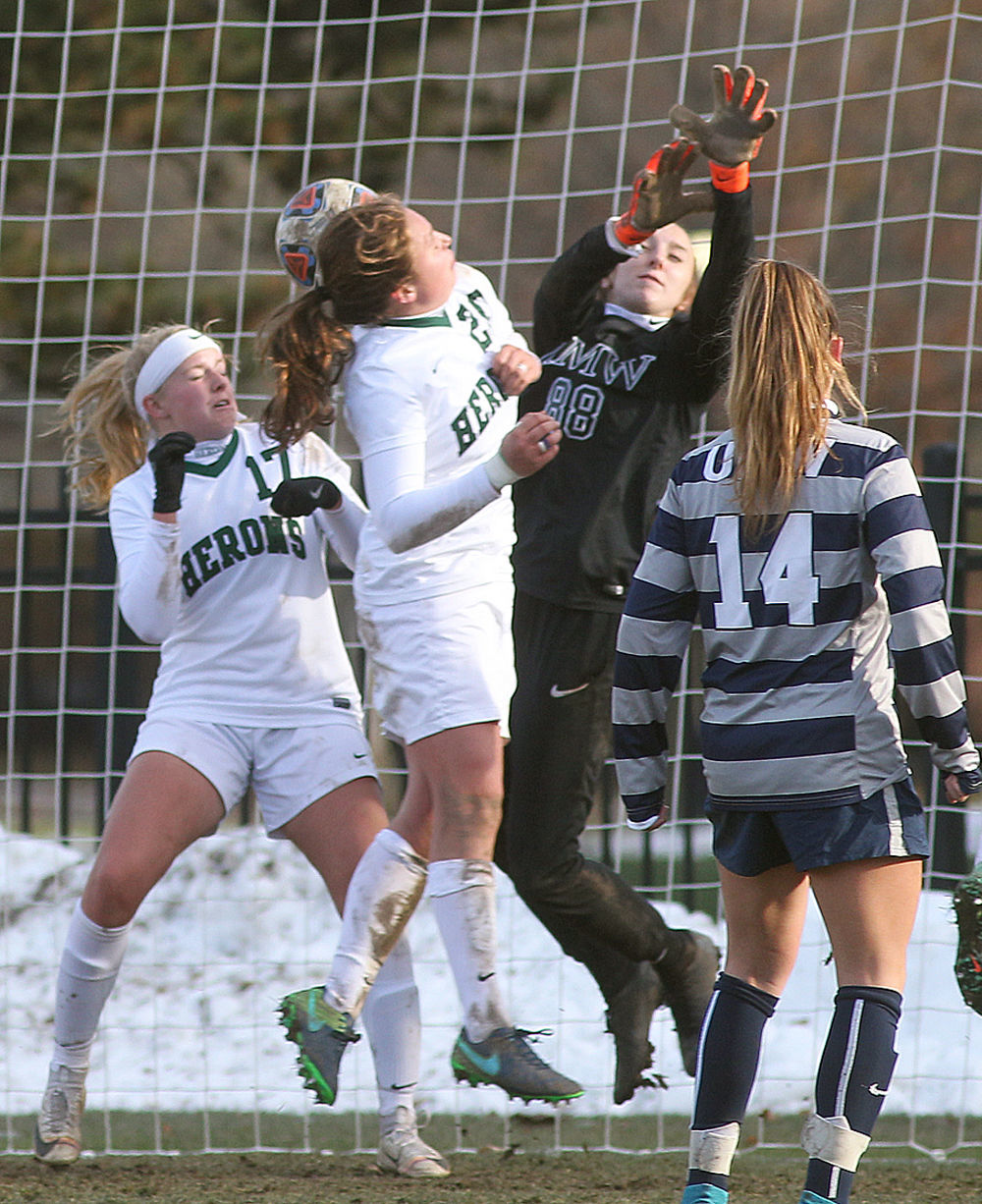 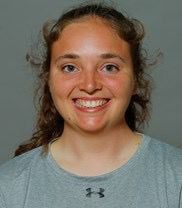 GENEVA — The challenge for every collegiate student-athlete is the balancing act between athletics and academics. Few are able to find the perfect symmetry — and often, even when it happens, both categories suffer at the expense of the other.

Rare are the cases when a student overshadows their peers in the classroom and on the field.

William Smith’s Elizabeth “Bizzy” Moore is one of those rarities.

Moore is playing in her fourth and final NCAA Division III Women’s Soccer Tournament. The defender has the opportunity to cap a senior campaign already populated by numerous awards with a national championship.

Although the stress of a deep playoff run is more than enough to consume any athlete’s life, Bizzy — she got her nickname from her 2-year-old brother’s inability to pronounce her name when she was born — has the luxury of not worrying about her post-collegiate path. Her foreseeable future has a very distinct roadmap.

Before the final exams of the first semester have begun, Moore has secured a position in the Digital Technology Leadership program at United Technologies Corp.

United Technologies is an American multinational conglomerate focusing on the research, development and manufacture of aircraft engines, aerospace systems and industrial products. Moore will be part of a rotational program for graduates who are in computer science or information technology.

According to The Wall Street Journal, United Technologies trails only Boeing as the world’s largest aerospace and defense company.

“It’s three eight-month rotations,” Moore explained earlier this week. “United Technologies is the parent company of a lot of sub-companies like Pratt & Whitney, Otis Elevator and Collins Aerospace, so I will have the opportunity to work in those different companies in their digital technology departments.”

The position seems perfect for Moore.

The Williamsville, Erie County, native will have 24 months to find out exactly which field of computer science, digital technology or engineering she wants to pursue. The opportunity presented itself after Moore completed internships with Montana State University’s electrical and digital engineering department, Pratt & Whitney, NASA and the Finger Lakes Institute. At Montana State, Moore left her comfort zone and experimented with digital technology by training a neural network to recognize vocalizations of marmoset monkeys.

Concerned that she wouldn’t have enough time for everything that was on her plate, Moore’s professor at HWS allowed her to work with NASA on a year-long independent study, beginning in the fall of her sophomore year and continuing through the summer leading up to her junior campaign.

“We worked with four other schools from West Virginia to make a combined payload to put into a rocket,” Moore said. “We worked a whole year to do that, and then that summer we had to go to NASA twice — 10 days in June and 10 days in August. The first time we went was to integrate the payload and do all the testing, and the second time in August was when we did the launch.”

Moore and her research partner, Josh Andrews, created a sensor system to record the temperature and acceleration of the rocket throughout its flight.

Following the internship with NASA, Moore went to the Finger Lakes Institute and Pratt & Whitney in Connecticut. At the Institute, which is on the HWS campus, she was asked to create a sensor system similar to what she did at NASA. This one would detect the dissolved oxygen and the temperature of the water in Seneca Lake and have it hooked up to the cellular network so the data would go directly to a computer, as opposed to a SIM card.

At Pratt & Whitney, she was able to combine her research background with her interest in computer science.

While Moore’s résumé would leap out at any potential employer, what any future boss may never fully grasp is the amount of work she did simply to schedule everything around playing for one of the finest soccer programs in the nation — a program that expects to be playing into early December each year.

Scheduling and allocating time for athletics and academics is something Moore now can do in her sleep.

“It was definitely a transition coming here, but I played club soccer since I was in sixth grade, so I have been used to juggling school and soccer for my whole life, basically,” she said. “The coaches are really good at helping you balance both. The professors too.”

The hectic days and nights have taught Moore to live in the moment and tune out things she can’t control.

“It’s a marathon ... that’s kind of how I think of it,” Moore said. “I really enjoy different parts of (soccer and science) for different reasons, and it allows me to stay balanced and equal knowing that after a tough exam or something, I can go play and have a great time with my teammates.”

Moore said she has not been home for more than 13 days in a row since she entered college. Her position at United Technologies does not begin until June 15, so she is looking forward to being able to relax for about a month after she graduates.

For now, however, her focus is all Bizz-ness: a national championship.

“We’ve been building for this moment, and we are ready for it,” Moore said with confidence. “I think just the belief in the group that we have is really something special.”