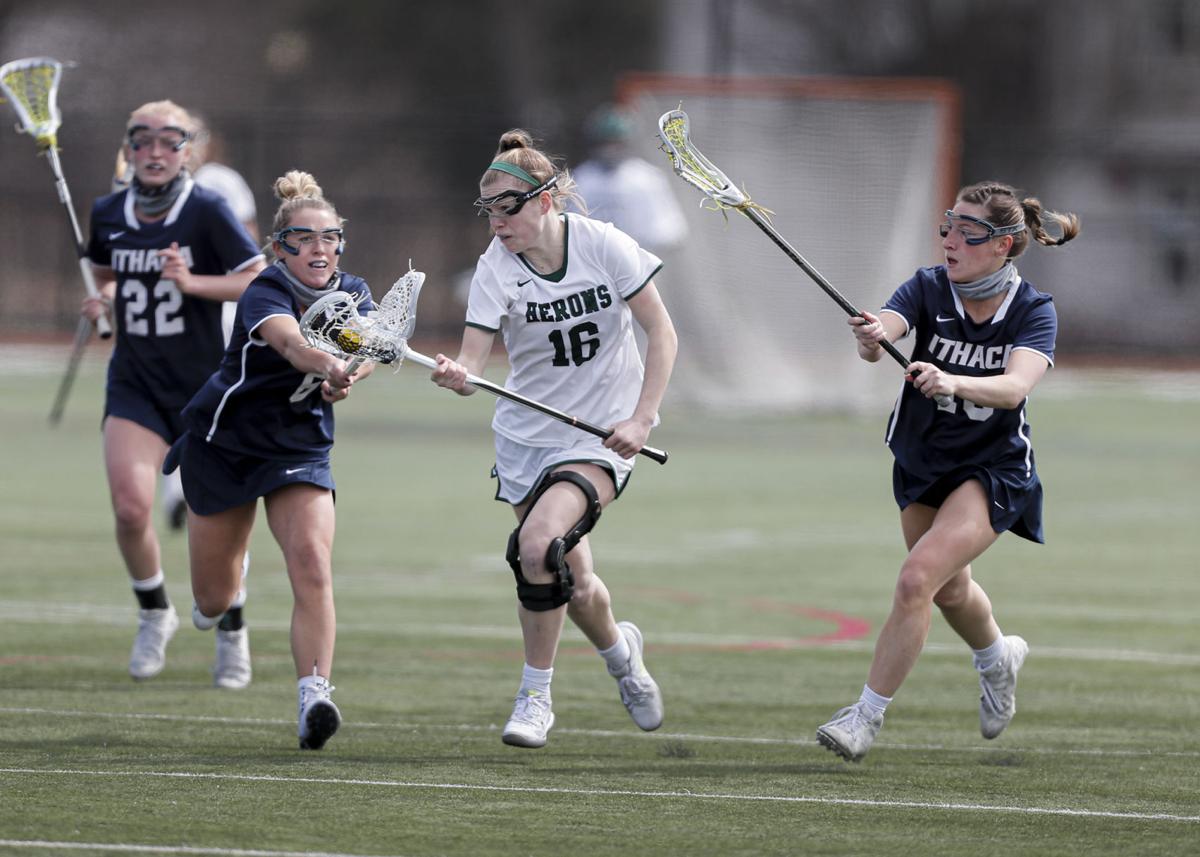 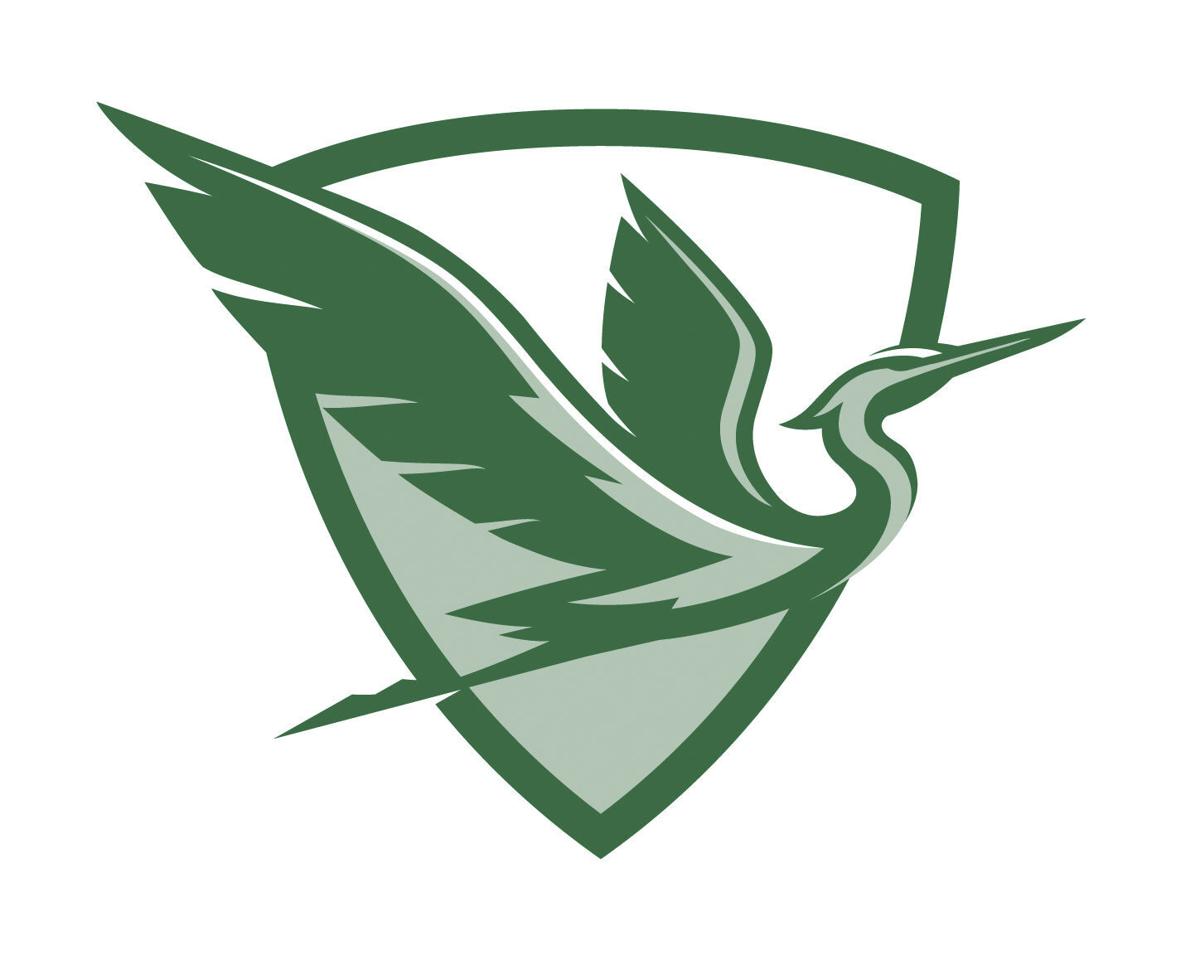 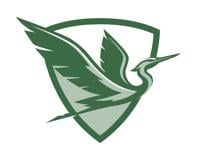 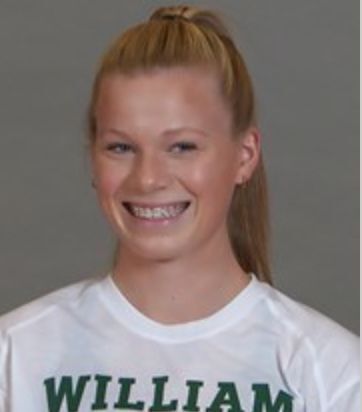 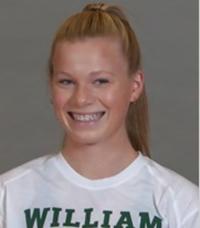 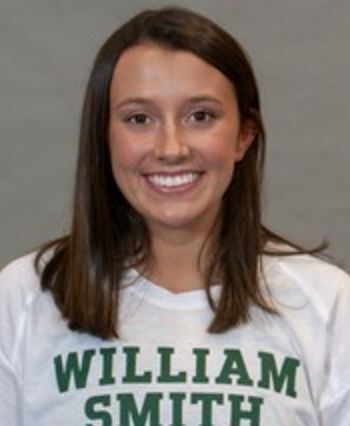 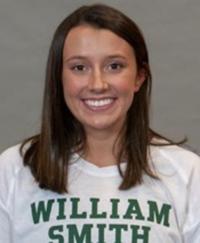 GENEVA — The William Smith Herons lacrosse team put on a far better performance on Saturday vs. Ithaca than they did on Friday night, but poor defensive clearing played the biggest factor in keeping the Herons from staging a five-goal comeback on Saturday, and fell 9-7 to the Bombers.

The first back-to-back losses for the Herons since the 2019 season proved to have more positives than at first glance.

“We played so much better in every area of the game,” head coach Anne Phillips said after. “The draw, shots saves, offense, defense,”

Following Friday’s 14-7 loss in Ithaca, the Herons played a far better game Saturday and it showed at the end of the first half and nearly the entire second.

In the first half, both teams traded the entirety of the contest’s momentum. It was either all Ithaca or all William Smith.

The Bombers took all the momentum early on as their fast-paced attack awarded them two goals within the first 10 minutes.

Before Ithaca took a 2-0 lead, William Smith sophomore Maddie Montgomery seemed to have tied the game with a beautiful diving effort that found the back of the net, but the goal was quickly disallowed due to a crease violation.

After Ithaca scored their second goal, Montgomery would be denied a second goal minutes later. Down 5-1 and with all the momentum with Ithaca, Montgomery willed herself past three defenders and went bar down for William Smith’s second goal of the game. To the shock of Coach Phillips and the entire Heron sideline, the referees convened and decided that Montgomery’s follow-through was dangerous, and disallowed another goal for William Smith.

Down four goals and with two goals disallowed, Montgomery channeled her frustration into fuel for the remainder of the contest and torched the Ithaca defense.

“Yeah I definitely use it as fuel,” Montgomery said of the frustration of having multiple goals disallowed. “I was sitting out for the 2-minute penalty and I went back in and I didn’t want it to be a goal taken away from us so I came in and used that as fuel and scored right off that when I got back in.”

Soon after her second goal was called off, Montgomery minced the Ithaca defense and fired a laser past Mackenzie Schade from six yards out to close the cap to three goals, 5-2. The Bombers fought back and scored two goals in 1:26 to take a 7-2 lead.

Is Aaron Rodgers’ future in ‘Jeopardy’? Packers QB 'would love to’ be game show’s full-time host

Is Aaron Rodgers heading for a messy exit from Green Bay? Concern grows with Mark Murphy's silence on QB's contract

Like a good neighbor, NFL sets up Patrick Mahomes-Aaron Rodgers matchup with addition of 17th game in 2021

Out of no where, the Herons pulled momentum out of thin air with 90 seconds remaining and Mekayla and Sadie Mapstone each scored a goal in the last minute to give William Smith the much-needed momentum to mount a comeback in the second half. Mapstone’s came with 2.6 seconds left in the half.

“We have a lot of seniors, and we needed them to step up,” Phillips said. “At half-time we just talked about heart, and pride, and what it means to be a Heron. They dug down and played a great second half.”

Montgomery and the Herons came out guns blazing in the second half. Montgomery scored the next three goals for William Smith and two within a minute of each other in the first six minutes of the half to cut the Bomber lead to just one.

Just under 20 minutes remained in the half when Ithaca scored their first goal of the half to put their lead back up to two goals.

Like gum on a shoe, Montgomery scored her career-high fourth goal from 10 yards out to make it an 8-7 game.

“Maddie wasn’t able to play last year (her freshman year) because of injury, so Maddie has been learning the college game in about six weeks,” Phillips said of Montgomery. “Every day, every practice, every game she gets better and better. Today, she just did a lot of great things. We gave her the ball and put a lot of confidence in her and she took care of it for us.”

While Ithaca could not gain any momentum, William Smith’s biggest struggle throughout the game became ever-present as the physically demanding nature of their schedule reared its head midway through the half.

The Herons had struggled to beat Ithaca’s full-field, high press defense all game. Their clearing attempts were successful just 63% throughout the entire game. In the second half, the Herons failed to clear the ball from their own half four times in a row.

Luckily, Maddie Bamberger stood tall in net and prevented any Ithaca goals. Regardless, the back-to-back style schedule has made it hard for the Herons to entire any game with full strength, and the Herons were unable to tie the match.

Ithaca put in a final insurance goal with 2:42 left in the game, won the succeeding face-off and killed the clock to squeak out a win.

“They are definitely grueling,” Montgomery said of the schedule. “But the coaches have a strategy. Today, second day of the weekend, I felt a lot more fresh vs. the (second game in the) past few weekends. So I definitely think (the endurance) is coming along.”

It will show as a Loss for William Smith, but the fightback from the Herons encouraged coach Phillips, who believes the Herons are on the cusp of playing to their full potential.